The American-made Martin Maryland saw limited use in limited quantities with foreign forces during World War 2.

Authored By: Staff Writer | Last Edited: 05/02/2020 | Content ©www.MilitaryFactory.com | The following text is exclusive to this site. 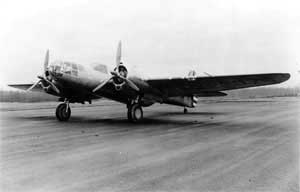 The Martin-produced Maryland series was classified as a light bomber and saw action as a photographic reconnaissance plane throughout the Second World War. Originally drawn up as a response to a United States Army Air Corps (USAAC) requirement for a light bomber, the type entered evaluation as the "Model 167". When the Martin design was beat out by a Douglas aircraft design, the Model 167 survived thanks to foreign export orders, initially with French forces combating German incursion, and later with British forces Europe and North Africa. Surviving just a few short years of service - basically through the war years before seeing retirement in 1945 - the system was quickly made obsolete by the changing face and requirements inherent in war time.

The Martin Maryland featured a simple twin-engine design, with powerplants mounted on a low-wing monoplane wing assembly. Power came from two Pratt & Whitney type engines with each generating up to 1,200 horsepower. Construction was of all metal to fulfill the requirement of modern aircraft design and the system was crewed by three personnel - a pilot, bombardier and gunner. Armament was a mix of offensive and defensive machine guns with four wing-mounted systems and two in a dorsal turret gun mounting. The design held out some promise, however, as performance was above average in terms of speed.

France ordered up some 200 examples of early Martin Model 167's in a response to the impending war with Germany. Its outdated arsenal of aircraft, tanks and small arms forced the French nation to look outside to find some modern counterparts to which hold the Germans at bay with. With the arrival of the Model 167, the French re-designated the type to M.167 A-3. By the time of the German invasion, the M.167 was fielded in limited quantities but performed well against Germany's top flight aircraft designs and tactics.

As was common after the Fall of France with other French-bound systems from the United States, all remaining Maryland orders were shipped to Britain. Once there, the system gained the British designation of Maryland and appeared in several Marks with the Royal Air Force and the Fleet Air Arm. In British hands, the system performed equally well given its limited involvement and capabilities. Marylands played a pivotal role in the tracking of the German super battleship Bismarck and proved to be a capable reconnaissance aircraft in other photographic sorties.©MilitaryFactory.com
Note: The above text is EXCLUSIVE to the site www.MilitaryFactory.com. It is the product of many hours of research and work made possible with the help of contributors, veterans, insiders, and topic specialists. If you happen upon this text anywhere else on the internet or in print, please let us know at MilitaryFactory AT gmail DOT com so that we may take appropriate action against the offender / offending site and continue to protect this original work.
Advertisements

(Showcased performance specifications pertain to the Martin Maryland Mk II production variant. Performance specifications showcased above are subject to environmental factors as well as aircraft configuration. Estimates are made when Real Data not available. Compare this aircraft entry against any other in our database or View aircraft by powerplant type)
STANDARD:
2 x 0.30 caliber air-cooled machine guns in dorsal turret.
4 x 0.30 caliber wing-mounted machine guns.

OPTIONAL:
Up to 1,250 lb of internally-held ordnance (conventional drop bombs). 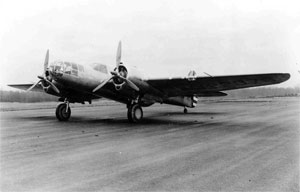 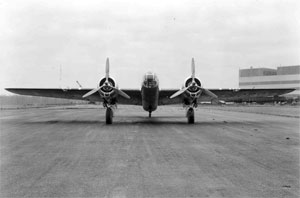 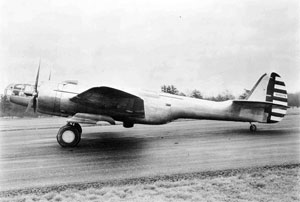 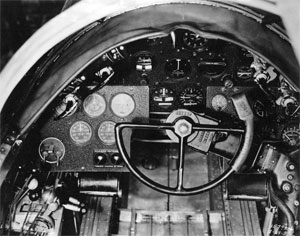 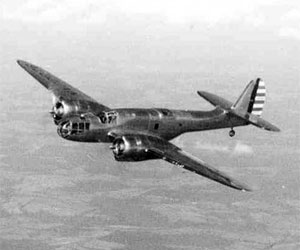