The Focke-Wulf Fw 189 Uhu was utilized in the tactical reconnaissance role but also found value as a night-hunter and ground attacker before the end of the war.

Authored By: Staff Writer | Last Edited: 11/03/2020 | Content ©www.MilitaryFactory.com | The following text is exclusive to this site. 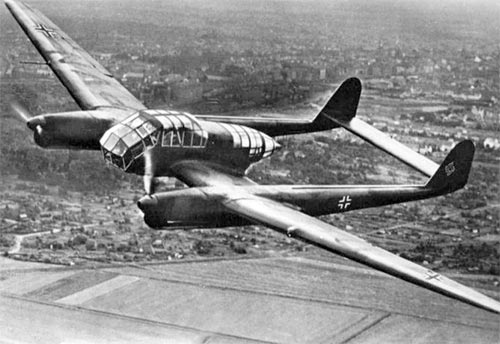 Even before World War 2 (1939-1945) gained a foothold in Europe, the need for dedicated tactical- and strategic-level reconnaissance platforms was apparent to the Luftwaffe. This led the Germans to employ all manner of aircraft for the role including converted types. In an effort to replace a fleet of newly-minted Henschel Hs 126 high-winged monoplanes, the German Air Ministry drew up plans in 1937 for a more advanced, dedicated reconnaissance design driven by a single engine and housing a crew of three. Both Arado and Focke-Wulf took up the charge (three prototypes from each concern were ordered) with the Focke-Wulf submission besting the preferred single-engine Arado approach (the abandoned "Ar 198").

Design of the Fw 189 is attributed to Kurt Tank, engineer of the excellent Fw 190 single-engine fighter and its high-altitude successor, the Ta 152. Tank also had a hand in many forward-thinking designs centered on jet-powered aircraft before and after the conflict. For the 1937 requirement, he went in the direction of a twin-boom arrangement which allowed the crew of three to be housed in a heavily-glazed centralized section of fuselage - giving the occupants excellent all-around vision. Beyond this, the twin-boom arrangement necessitated a twin-engine configuration which added cost and complexity but improved performance.

Propulsion came from 2 x Argus As 410A-1 V12 inverted air-cooled piston engines developing 459 horsepower each and driving two-bladed, variable pitch propeller units. This provided a maximum speed of 215 miles-per-hour with cruising closer to 197 mph. Range was out to 580 miles and its service ceiling reached 23,000 feet. As a tactical-level reconnaissance platform, the aircraft was not expected to conduct high-level sorties requiring all manner of amendments such as turbo- and super-chargers. Rate-of-climb was a useful 1,018 feet-per-minute.

Its design was wholly unique by 1930s standards: the aircraft was built around the centralized gondola-type fuselage which had a rather blunt forward section (unstepped) and tapering rear section. It sat at center, straddled by the mainplane members which exhibited sweepback along the leading edges and a straight line at the trailing edges. The tips were rounded. At each mainplane was fitted the Argus powerplant, the nacelle extending well-beyond the leading edge of the wing. Aft of these installations were the originations of the boom assemblies which tapered to the rear and shared a common horizontal plane. Bookending the plane were small-area, rounded tail fins.

Ground-running was accomplished by a conventional tail-dragger undercarriage, full-retractable into the design.

Even as the aircraft was intended for the reconnaissance role, it required defensive armament to survive. This arrived in the form of 2 x 7.92mm MG 17 machine guns seated at the wing roots in fixed, forward-firing mountings. At a dorsal position was a single 7.92mm MG 15 machine gun emplacement atop a flexible (trainable) mounting to cover the aircraft's upper rear quadrant if followed. An optional fitting was another 7.92mm MG 15 machine gun set up to fire rearwards from the aft-end of the fuselage - enhancing trailing defensive options for the crew.

In some other forms, the Fw 189 had a bomb-carrying capability, limited to 4 x 110lb drop-bombs.
Advertisements

The aircraft was designated Fw 189 "Uhu" ("Eagle-Owl") in service. Ten pre-series aircraft emerged as Fw 189 A-0 followed by initial-production, camera-capable Fw 189 A-1 models. The Fw 189 A-1TROP was its hot-weather variant. The Fw 189 A-1/U2 and /U3 were converted to the VIP transport role. The Fw 189 A-2 was given 7.92mm MG 81Z twin-gunned weapons over the original MG 15s. The Fw 189 A-3 was another hot-weather model and the Fw 189 A-4 was converted as a light ground attacker. The latter was outfitted with 2 x 20mm MG 151/20 automatic cannons at each wing root with armor protection at critical components to enhance survivability at low levels.

The Fw 189 B were thirteen airframes built as five seat trainers. The Fw 189 B-0 became three pre-series aircraft followed by ten Fw 189 B-1 forms.

The Fw 189 C was another ground attacker, though with a heavier attack role in mind to compete with the proposed Henschel Hs 129. As such, armoring was increased and two prototypes completed but neither impressed (the Hs 129 was selected instead).

For its time in the air, the Fw 189 operated in the intended tactical reconnaissance role but proved versatile enough to operate as an "Army Cooperation" solution and light bomber. Luftwaffe night squadrons utilized a small stock of Fw 189s in the night-bombing role during late 1944 while others were pressed into service as night-fighters (with limited success, but such was the need). Beyond carrying radar, night hunters were completed with obliquely-angled 20mm MG FF automatic cannons to slide up under unsuspecting bombers before engaging - by this point the combined British-American day/night bombing campaigns were taking its toll.

Total Fw 189 production yielded 864 units from 1940 until 1944 and these went on to stock the Luftwaffe as well as Axis-aligned Bulgaria, Hungary, Romania, and Slovakia and a post-war Norway. Manufacture was had in German (Bremen) as well as German-held territories in France and in Czechoslovakia.

First-flown during July of 1938 and introduced in August of 1941, the series operated into 1945 before seeing widespread retirement. Before the end of the war, the Fw 189 was an outclassed design and pressed into roles it was not entirely suited for.
Advertisements

(Showcased performance specifications pertain to the Focke-Wulf Fw 189 production variant. Compare this aircraft entry against any other in our database or View aircraft by powerplant type)
STANDARD:
2 x 7.92mm machine guns at wing roots in fixed, forward-firing mountings (one gun per root).
1 x 7.92mm machine gun in dorsal gun position on flexible mounting. 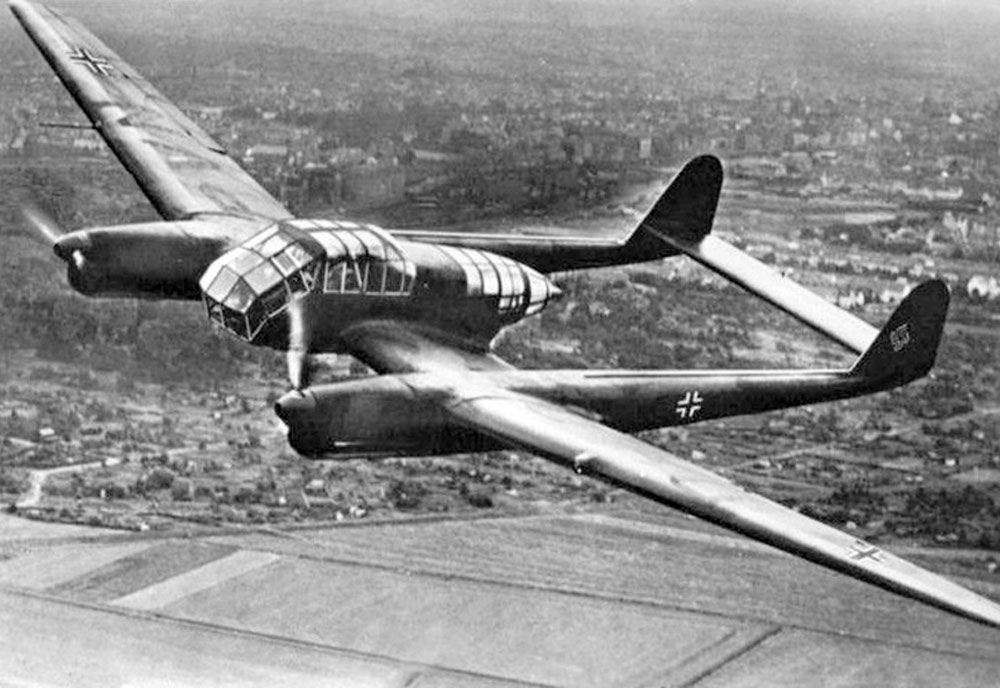