A star player for the British Royal Navy during World War 2, the Fairey Firefly remained in service well into the Cold War period with several operators. 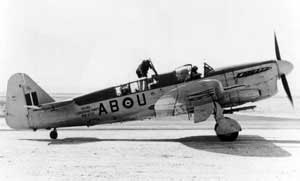 The Fairey Firefly navy monoplane fighter formed a critical component for the British Royal Navy's (RN) Fleet Air Arm (FAA) throughout the latter years of World War 2 (1939-1945) and beyond. From the period spanning 1941 until 1955, some 1,702 aircraft were built across a plethora of variants, both major and minor. The fighter was eventually taken on by powers outside of the United Kingdom and this list went on to include Australia, Canada, India and Thailand (among others). The final forms were operated well into the 1960s despite their wartime vintage.

The Firefly was born from an FAA requirement of 1938 seeking an all-modern, two-seat reconnaissance-minded navy fighter to succeed its aging line of Fairey Fulmars of 1940 origin - this other aircraft regarded as an interim measures at best. Specification N.5/40 was eventually drawn up in 1940 to cover the new design. Fairey Aviation returned with its proposal for a two-seater and, in June of 1940, the RN placed an order for 200 before the aircraft had even physically materialized - such was the need and "blank check" approach to many wartime aircraft designs. At least three flyable prototypes were contracted for.

H.E. Chaplin was credited with design of the new monoplane seating its crew of two in tandem, though in separate, cockpits. The engine was at the nose in the usual way and drove a three-bladed propeller. The tail unit was conventional and featured a single, rounded vertical fin coupled with a pair of mid-mounted horizontal planes (placed noticeably ahead of the rudder plane). A tail-dragger undercarriage was used for ground-running and an arrestor hook fitted for carrier landings. Additional carrier qualities included folding wings and a reinforced undercarriage system. Primary armament centered on 4 x 20mm Hispano automatic cannons with two guns fitted per wing and provision was had to carry bombs into combat - though at a reduction in performance. The powerplant-of-choice became the famous Rolls-Royce "Griffon" IIB series inline piston engine which offered the necessary performance figures of this streamlined design.

While heavier than the Fulmar it was intended to replace, the new fighter was certainly more powerful, agile and capable. A prototype went airborne for the first time on December 22nd, 1941 and pilots soon learned to appreciate the forward position of the cockpit, this ahead of the wing mainplanes, as it offered relatively good vision when ground-running.

Having passed its requisite tests and evaluations, the project graduated to become the "Firefly" in service when formally adopted in 1943. It saw its first taste of combat during war year 1944 and, by this time, the line was evolved to carry more than cannons and bombs for it could be used as precision strike platform through launching aerial rockets. Its first assignment was on the aircraft carrier HMS Indefatigable and first operations were off the coast of enemy-held Norway. Before long, the series was fielded in number across the Far East Theater of War as well.

Initial production forms were the "Firefly I" and this designation encompassed the 429 F.Mk I fighter models built alongside the 376 FR.Mk I fighter-reconnaissance mounts. The latter included ASH detection radar and were meant more for maritime patrolling and attack. Production of this stock was split between Fairey and General Aircraft.©MilitaryFactory.com
Advertisements

Beyond its fixed, forward-firing 4 x 20mm Hispano-Suiza battery of cannon, the aircraft was cleared to carry 2 x 1,000lb bombs under the wings and 8 x RP-3 "60lb" aerial rockets. This made for a versatile attack platform that could hold its own in air-to-air fighting.

The NF.Mk II was featured as a dedicated night-fighter development of the Firefly and given a slightly lengthened fuselage so as to carry the needed airborne interception radar and applicable equipment. About 37 aircraft were built to this standard. The "Firefly III" was a proposed, ultimately abandoned improvement of the Firefly line set to feature the Griffon 61 series engine.

The F.Mk IV carried the Rolls-Royce Griffon 72 engine of 2,330 horsepower and, though flying sometime in 1944, only entered service after the war had ended in 1945. Its fighter-reconnaissance variant became FR.Mk 4. The NF.Mk 5 was another night-fighter entry and the RF.Mk 5 was a reconnaissance-centric model. Its anti-submarine variant became AS.Mk 5 and other anti-submarine platforms were the AS.Mk 6 and AS.Mk 7 - the latter featuring the Rolls-Royce Griffon 59 engine. Its training form became T.Mk 7.

The Mk 4, Mk 5 and Mk 6 Fireflies were all converted at some point to serve out the remainder of their days as target tugs and designated accordingly as TT.Mk 4, TT.Mk 5 and TT.Mk 6. The TT.Mk I was a limited batch of early Firefly Mk Is converted to the same role.

Some six total Royal Australian Navy squadrons were formed with the Firefly and two Royal Canadian Navy squadrons equipped with the type as well. The Dutch Naval Aviation Service made use of the aircraft through no fewer than six squadrons all their own. The Indian Navy began operations involving Fireflies from 1955 on and Sweden operated the type from early-1949 until late-1963. Similarly the Royal Thai Air Force made use of the aircraft from 1952 until 1966.

Twenty-four total squadrons of the Royal Navy - Fleet Air Arm - operated Fireflies, making the British the definitive operator of the series. The Fairey Gannet, detailed elsewhere on this site, succeeded the Firefly in FAA service.©MilitaryFactory.com
Note: The above text is EXCLUSIVE to the site www.MilitaryFactory.com. It is the product of many hours of research and work made possible with the help of contributors, veterans, insiders, and topic specialists. If you happen upon this text anywhere else on the internet or in print, please let us know at MilitaryFactory AT gmail DOT com so that we may take appropriate action against the offender / offending site and continue to protect this original work.
Advertisements

Australia; Canada; Denmark; Ethiopia; India; Netherlands; Sweden; Thailand; United Kingdom
(OPERATORS list includes past, present, and future operators when applicable)
✓ Air-to-Air Combat, Fighter
General ability to actively engage other aircraft of similar form and function, typically through guns, missiles, and/or aerial rockets. ✓ Ground Attack (Bombing, Strafing)
Ability to conduct aerial bombing of ground targets by way of (but not limited to) guns, bombs, missiles, rockets, and the like. ✓ Maritime / Navy
Land-based or shipborne capability for operating over-water in various maritime-related roles while supported by allied naval surface elements. ✓ Training (General)
Developed ability to be used as a dedicated trainer for student pilots (typically under the supervision of an instructor).

(Showcased performance specifications pertain to the Fairey Firefly F.Mk I production variant. Compare this aircraft entry against any other in our database or View aircraft by powerplant type)
STANDARD:
4 x 20mm Hispano-Suiza cannons in wings (two per wing). 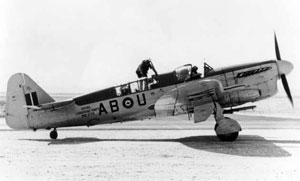 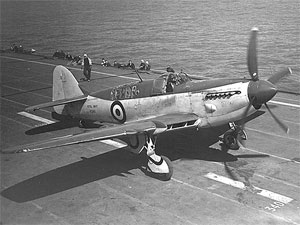 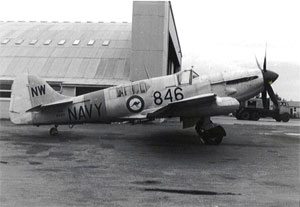 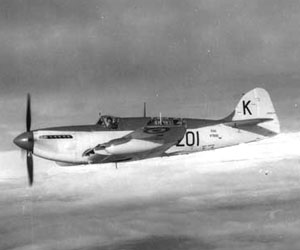