The Airco DH.4 was produced in nearly 6,300 examples for the Allies and served as a successful day bomber during World War 1. 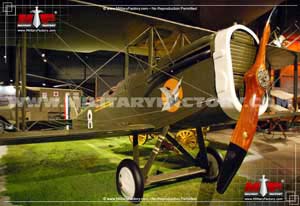 With production numbering over 6,000 total units, the AirCo / de Havilland DH.4 was another one of Geoffrey de Havilland's successful aircraft designs of World War 2 (his legacy would later and forever be solidified through the World War 2-era de Havilland DH.98 "Mosquito" fighter-bomber series). The DH.4 was fielded en mass and proved itself a very viable combat platform so much so that the DH.9 - the planned successor to the DH.4 - never unseated the original DH.4 model series. As such, the Dh.4 enjoyed a lasting aerial legacy, achieving success in war time as a principle frontline daytime bomber of the Allies in World War 1 and, in peacetime, serving roles of aerial surveying and crop dusting well into the 1930s.

The DH.4 was designed to meet a War Office specification for a lightweight daytime bomber. Though primarily appearing with the AirCo name, the DH.4 was produced by a variety of sub-contractors throughout England (1,449 total aircraft) and in the United States. U.S. production alone accounted for 4,846 aircraft. British-produced aircraft were fitted with the Rolls-Royce Eagle engine (Eagle III 250hp early and Eagle VIII 375 hp later) whilst American models primarily featured the more powerful Liberty 12 series of 400 horsepower and operated under the United States Army Air Service (USAAS) banner. Despite the use of the Liberty engine, the American model did not feature any notable performance gains when compared to its British counterpart in action - in fact it actually suffered some.

The DH.4 series carried its crew of two in tandem with the pilot placed ahead and the gunner/observer in the rear. The positions were quite separated which hindered communication between the two despite even a "speaking tube" being implemented. The DH.9 series would remedy this by placing the pilot and rear gunner cockpits close to together. The pilot managed one or two x 7.7mm Vickers machine guns in fixed, forward-facing mountings while the rear cockpit was fitted with 2 x 7.62mm Lewis machine guns on a trainable Scarff ring mounting. The DH.4 was cleared to carry up to 460lb of external ordnance (2 x 230lb bombs or 4 x 112lb bombs).

First flight of the DH.4 was recorded during August of 1916 and the aircraft went into service in January of the following year with the British. The DH.4 was taken on by the Americans upon their entry into the war in 1917 with the series being used operationally in 1918. Fisher Body and Dayton-Wright accounted for most of the stateside production of DH.4s. U.S. use went beyond that of the Army Air Service for the DH.4 was also taken on in number by its Navy and Marine Corps showcasing the versatility in its design.

The primary British Air Service (Royal Flying Corps) variant became the standard DH.4 day bomber. In the post-war years, the biplane proved popular in civilian circles where many were modified for various roles. The DH.4A featured a two-passenger cabin aft of the pilot in a glazed over position. The DH.4R was a single-seat racing mount outfitted with the Napier Lion engine of 450 horsepower.

Australia and Belgium both operated the series in civilian markings. Military operators went on to include Canada, Chile, Cuba, Greece, Iran, Mexico, Nicaragua, New Zealand, South Africa, the Soviet Union, Spain, and Turkey. The Soviets managed a locally-produced copy from the Polikarpov brand during the post-war years.

The DH.4 was a related offshoot of the DH.4 and appeared in 1917 with 4,091 ultimately built. These also found widespread use the world over.©MilitaryFactory.com
Note: The above text is EXCLUSIVE to the site www.MilitaryFactory.com. It is the product of many hours of research and work made possible with the help of contributors, veterans, insiders, and topic specialists. If you happen upon this text anywhere else on the internet or in print, please let us know at MilitaryFactory AT gmail DOT com so that we may take appropriate action against the offender / offending site and continue to protect this original work.
Advertisements

(Showcased performance specifications pertain to the AirCo DH.4 (Eagle VIII) production variant. Performance specifications showcased above are subject to environmental factors as well as aircraft configuration. Estimates are made when Real Data not available. Compare this aircraft entry against any other in our database or View aircraft by powerplant type)
STANDARD:
1 OR 2 x 7.62mm Vickers machine guns (fixed, forward-firing).
2 x 7.62mm Lewis machine guns on trainable mount in rear cockpit.


General Assessment
Firepower
Performance
Survivability
Versatility
Impact
Values are derrived from a variety of categories related to the design, overall function, and historical influence of this aircraft in aviation history.
Overall Rating
The overall rating takes into account over 60 individual factors related to this aircraft entry.
92
Rating is out of a possible 100 points.
Relative Maximum Speed
Hi: 150mph
Lo: 75mph
This entry's maximum listed speed (143mph). 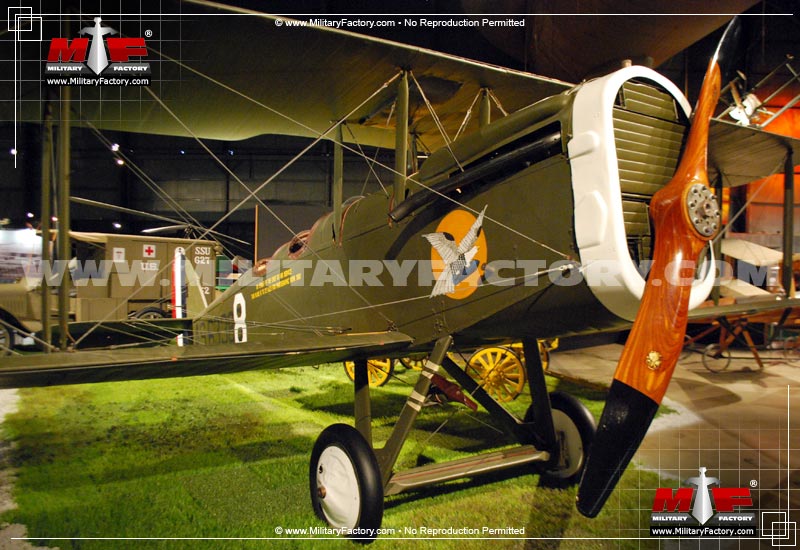 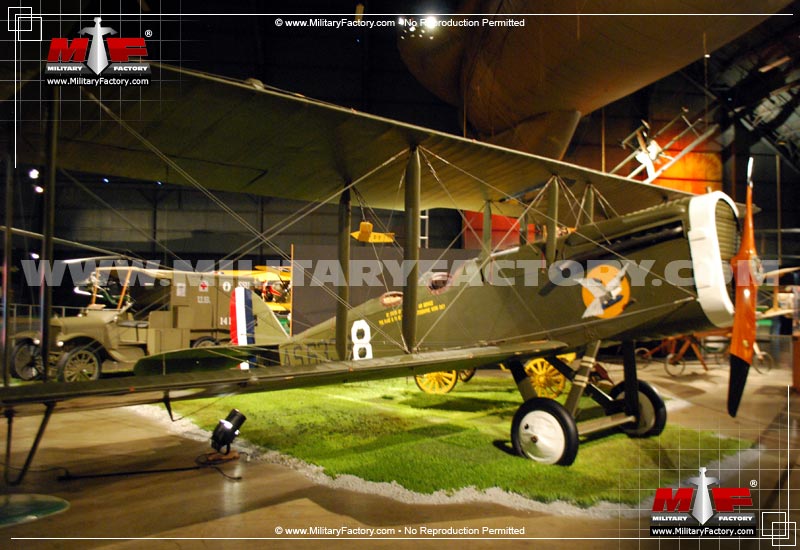 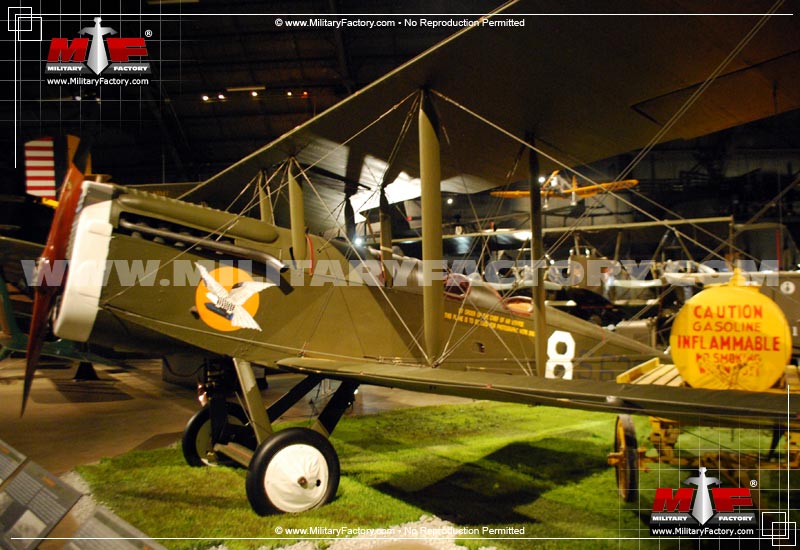 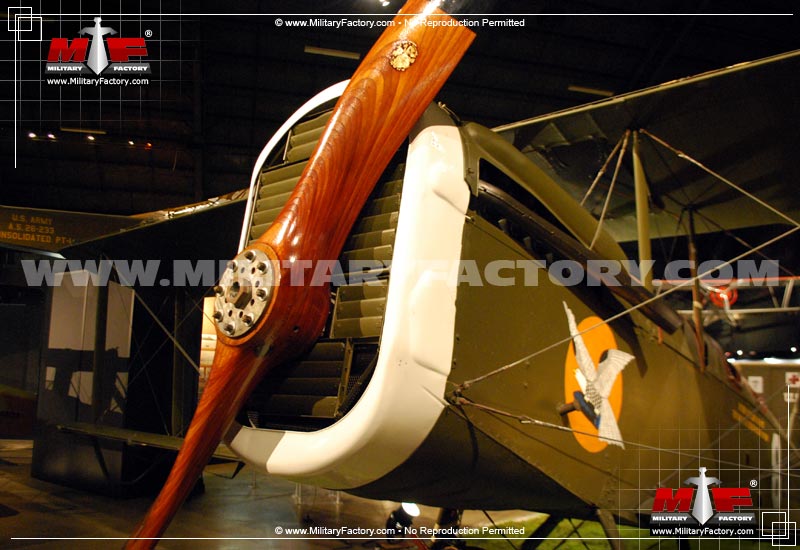 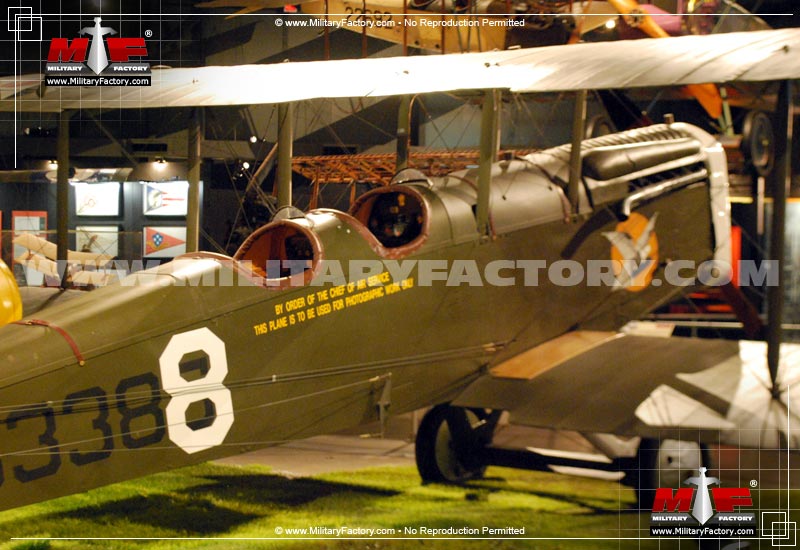 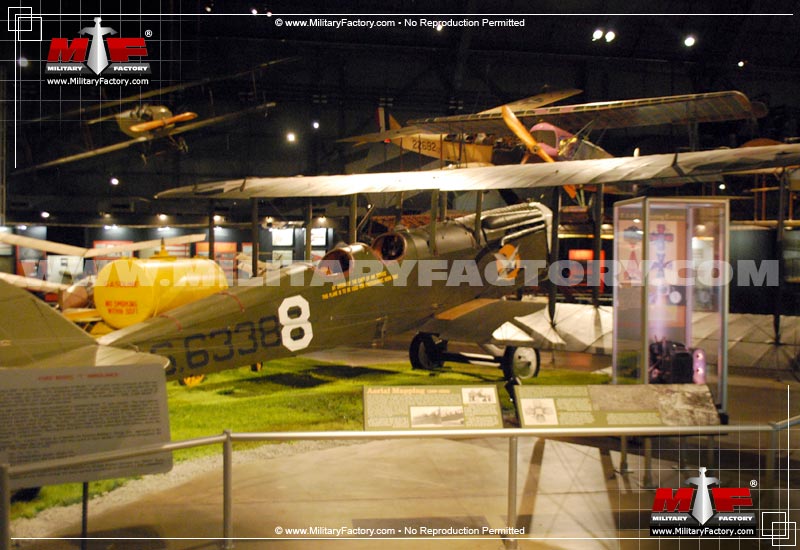 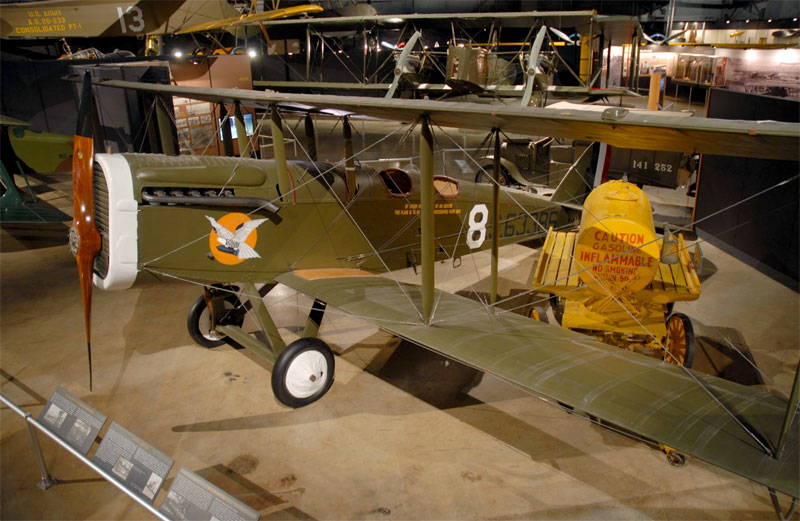 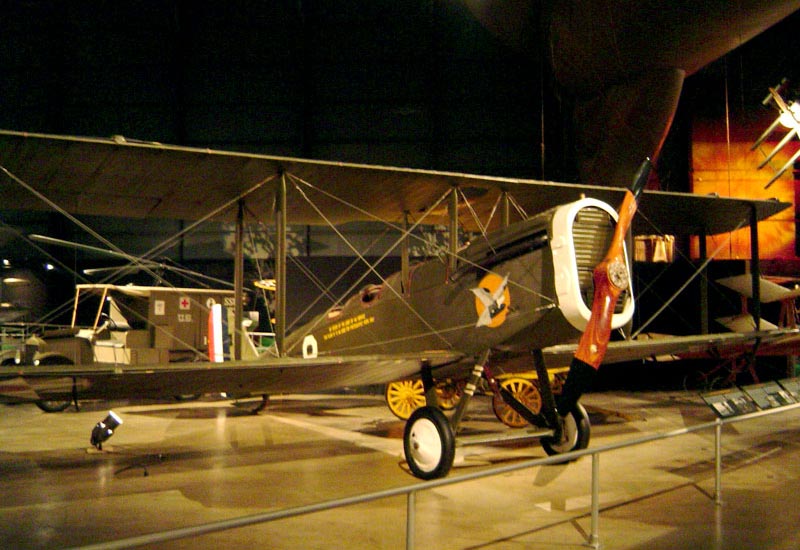 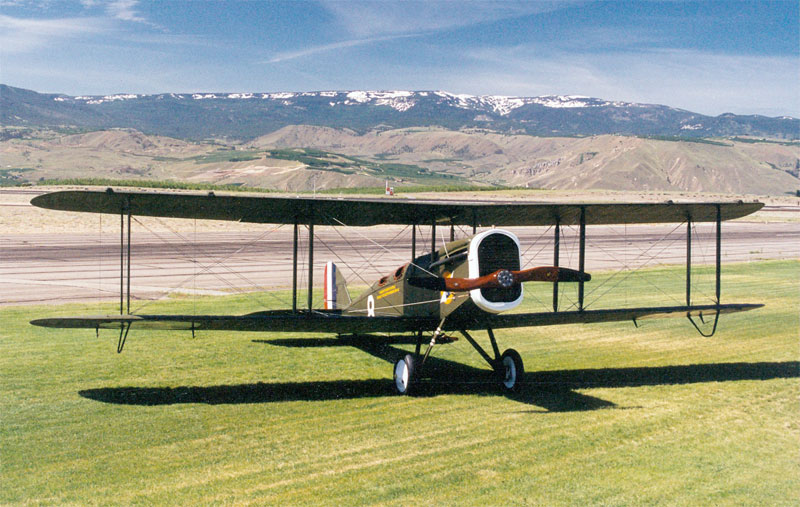 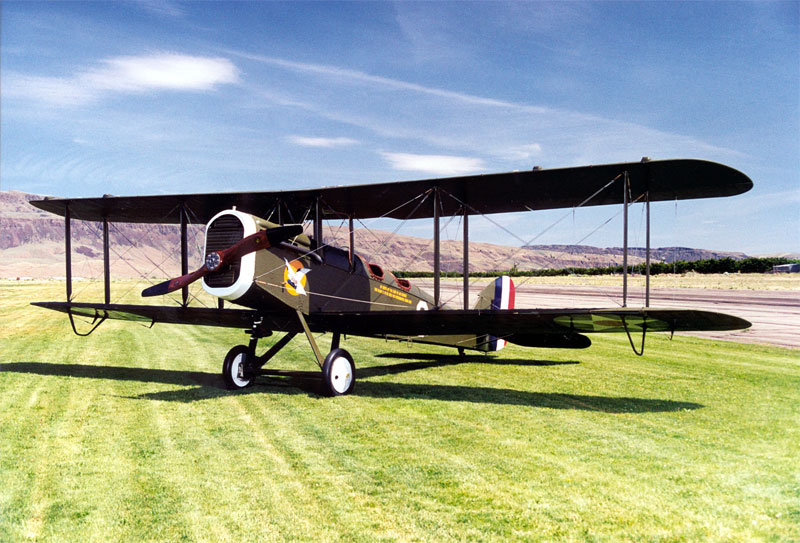 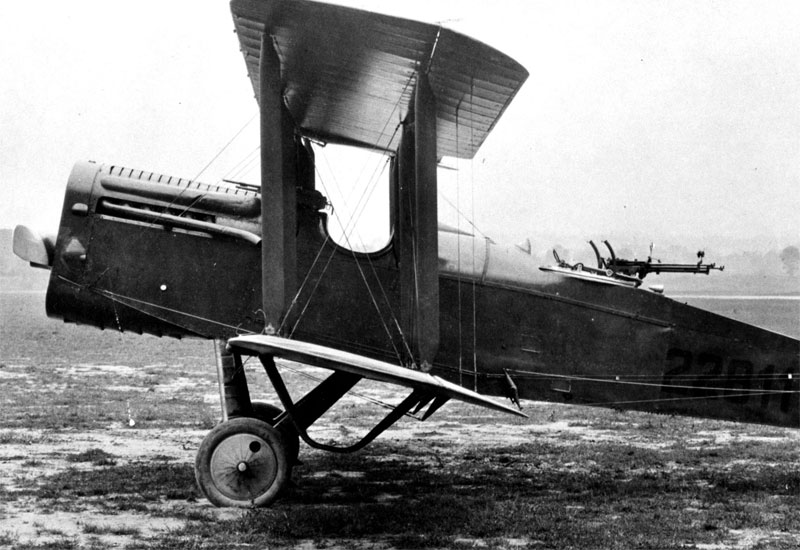 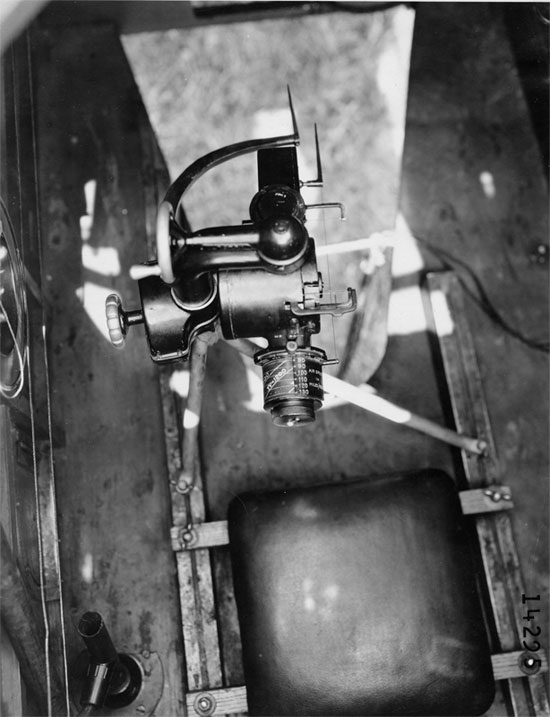 Clsoe-up detail view of the bombsight made available to the crew of an Airco DH.4 light bomber
13 / 15 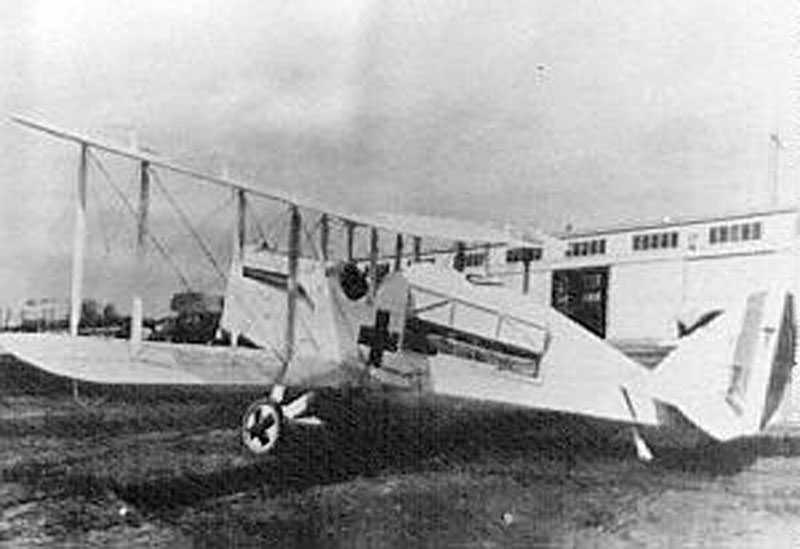 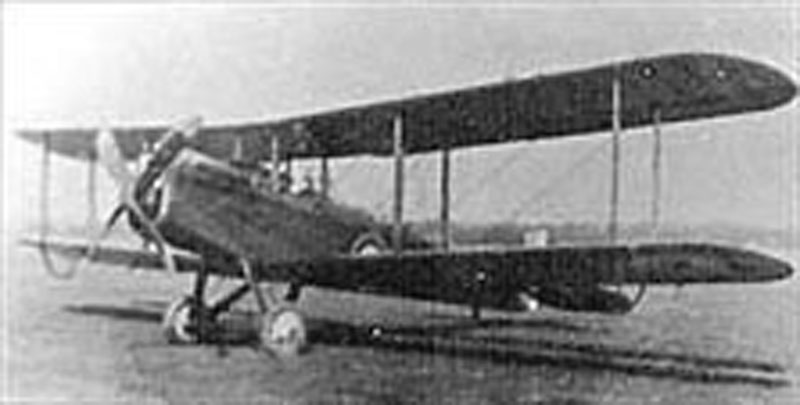 Front left side view of an Airco DH.4 at rest; note four-bladed propeller
15 / 15 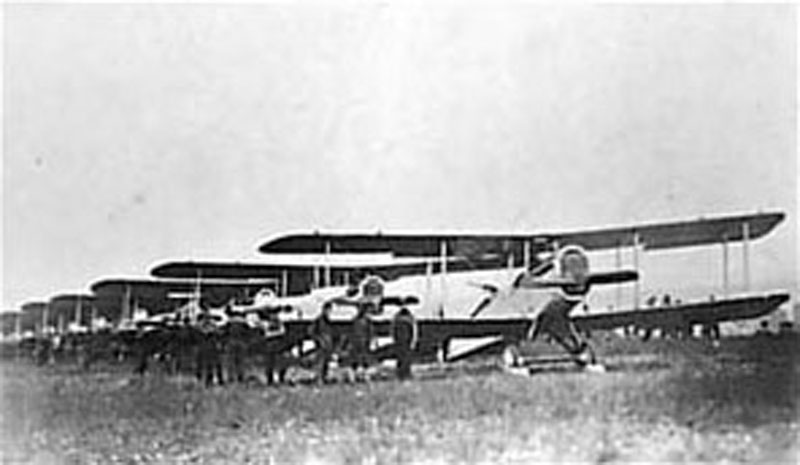 A line of Airco DH.4 light bombers at the ready
❮ ❯