The AGO C.II only served the German air force for about one year before being replaced.

Authored By: Staff Writer | Last Edited: 09/11/2021 | Content ©www.MilitaryFactory.com | The following text is exclusive to this site. 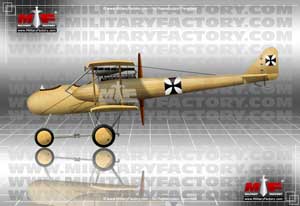 The AGO C.II was the product of the Aerowerke Gustav Otto (abbreviated as "AGO") concern and is considered by some as one of the best of the early reconnaissance aircraft of World War 1 despite having served for only a short time in the conflict. The C.II fulfilled the reconnaissance role capably and incorporated several design features that would have appeared rather conceptual or revolutionary for the period. The aircraft would eventually give way to the changing technological requirements of war and be superseded by more capable types within time.

Design of the C.II was based on the AGO C.I design prior and given an uprated engine. The aircraft was managed by a crew of two consisting of a pilot and machine gunner/observer. Armament was limited to a single Parabellum machine gun for self-defense and managed by the gunner/observer in the front cockpit with the pilot to his rear. The most distinct feature of the AGO C.II was in that the powerplant was set at the rear of the fuselage nacelle in a "pusher" type arrangement (the engine at the rear of the fuselage "pushing" the aircraft) as opposed to the more traditional "puller" arrangement (the engine at the front of the fuselage "pulling" the aircraft) common elsewhere. Furthermore, the C.II was designed with twin tail booms, a rather novel design concept feature during a time when most military aircraft were settling on a single boom fuselage arrangement. Each boom o the C.II straddled the fuselage nacelle and was connected to the aircraft between the upper and lower wing assemblies at their front end and by a horizontal stabilizer at their rear (the twin-boom arrangement would later resurface in World War 2 aircraft designs such as the Lockheed P-38 Lightning and Northrop P-61 Black Widow some twenty-five years later). The wings were of a conventional biplane arrangement consisting of an upper and lower assembly attached through parallel struts and applicable cabling. The undercarriage was fixed in place and showcased four wheels supported by a network of struts under the fuselage and lower wing assembly.

Performance for the C.II was rated above average for the time and maneuverability was deemed good. The maximum listed speed for the C.II was 86 miles per hour, made possible by a single 217 horsepower Mercedes D.VI 6-cylinder, liquid-cooled, inline engine. Range proved a respectable quality of the design at 360 miles. The C.II performed admirably well from 1915 on and was eventually replaced by more conventional and modern types before the end of the war.

A pair of C.IIs were converted for maritime service with the Imperial German Navy by having floats installed. These aircraft were operated as coastal patrol defenders during the war and received the designation of C.II-W to indicate their modified form and distinct role.

Total production of AGO C.IIs was 15 examples.
Advertisements

(Showcased performance specifications pertain to the base AGO C.II production variant. Compare this aircraft entry against any other in our database or View aircraft by powerplant type)
OPTIONAL:
1 x 7.92 Parabellum machine gun in forward cockpit.

C.II - Base Model Designation.
C.II-W - Floatplane derivative; two examples were operated by the German Imperial Navy for a time.

General Assessment
Firepower
Performance
Survivability
Versatility
Impact
Values are derrived from a variety of categories related to the design, overall function, and historical influence of this aircraft in aviation history.
Overall Rating
The overall rating takes into account over 60 individual factors related to this aircraft entry.
40
Rating is out of a possible 100 points.
Relative Maximum Speed
Hi: 100mph
Lo: 50mph
This entry's maximum listed speed (80mph). 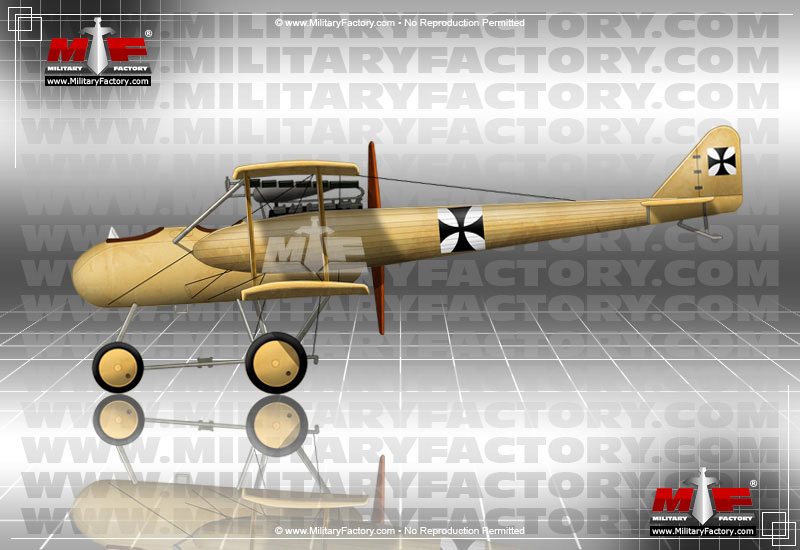 Aviation developments of similar form and function, or related to, the AGO C.II...