Despite being designed as a high-altitude interceptor, the Hawker Typhoon proved to be an excellent low-altitude performer for its part in World War 2.

Authored By: Staff Writer | Last Edited: 06/06/2018 | Content ©www.MilitaryFactory.com | The following text is exclusive to this site. 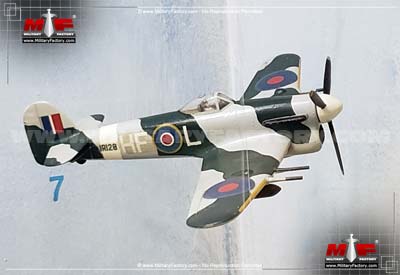 The Hawker Typhoon (affectionate known as the "Tiffie") was initially intended as a dedicated interceptor and set to succeed the 1930's-era Hawker Hurricane and was first drawn up in 1937. The system was designed to a British Air Ministry specification (Specification F.18/37) calling for such an aircraft to accept the new line of Rolls-Royce and Napier 2,000 horsepower engines. The Typhoon was predicted to do just that thanks to the promising Napier 24-cylinder, liquid-cooled 2,000-plus horsepower Sabre engine selected for the airframe. At least on paper, the Typhoon would have given even the fabled Supermarine Spitfire and its legendary Rolls-Royce Merlin engine a run for its money but history would prove otherwise and set the Typhoon on a different course altogether.

Development
As promising as the all-new aircraft was, initial development revealed several key issues with the design, especially of the fuselage construction and the new Sabre engine. First flight was achieved in February of 1940. On May 9th, 1940, a prototype Typhoon recorded a devastating failure of the fuselage at the base of the empennage, just aft of the cockpit, while the Sabre engine suffered many-a-teething problem. The situation became quite complicated to the point that the future of the Typhoon was in jeopardy and the Air Ministry was looking to cancel the project altogether in favor of purchasing American-made Republic P-47 Thunderbolts instead. Only the arrival of the Focke-Wulf 190 "Wurger" series fighter in September of 1941 helped to fuel the Typhoon project as a viable contender to the elusive high-performing German fighter.

Design
Visually, the Typhoon offered a menacing pose. The large under-fuselage chin radiator installation was its most notable identifying physical feature. The scoop sat directly below and behind the propeller spinner and integrated into the lower portion of the fuselage. The pilots cockpit was situated near the middle of the design, above and aft of the wing trailing edge. The fuselage itself was almost tubular in shape and ended in a traditional empennage with a rounded vertical fin. Wings were of a low-monoplane cantilever design and rounded. The undercarriage was traditional with retractable main landing gears and a retractable tail wheel. Construction was mostly of all metal stressed skin.

Armament
In its initial form, the Typhoon was to be armed with no fewer than 12 x 7.7mm machine guns (.303 caliber). Though sounding impressive, heavier caliber weapons such as 12.7mm (.50 caliber) heavy machine guns and cannons were becoming the norm on aircraft throughout the war. As such, the Typhoon had its principle weapons suite upgraded to a more formidable array of 4 x 20mm cannon. two to a wing, and identified by the cannon barrel fairings extending from the leading wing edges. The final production Typhoon could further augment this armament through the addition of high-explosive rockets or traditional drop bombs as needed (the latter on two underwing hardpoints).

Cockpit
The cockpit of the Hawker Typhoon required a rather steep climb up. Whereas later versions of the aircraft featured the more traditional sliding bubble canopy, early models were fitted with an automobile-style hinged door ala the Bell Airacobra. These early cockpit designs were also noted for their poor visibility. Though the automobile-style doors made for a more familiar method of entry into the Typhoon cockpit it likewise presented the pilot with an unusual mode of exit should he be faced with the prospect of bailing out of the aircraft. As with some other models of World War Two aircraft, the Hawker Typhoon's cockpit was also susceptible to maintaining high and dangerous levels of carbon monoxide for the pilot to the point that the pilot was practically required to wear his oxygen mask from the moment he started his engine prior to take-off to the moment he had safely landed and powered his engine down. Cockpit noise was also noted as high by former pilots.©MilitaryFactory.com
Advertisements

Instrumentation was traditional for British aircraft, being of the standardized "flying blind" layout and was regarded as a most convenient arrangement (A standardized cockpit made for a friendlier transition for pilots from trainer to operational aircraft as layouts were relatively identical in most British aircraft to the point that the operator could in fact fly any RAF aircraft without aid from the instruments). The pilot had access to a traditional control column with a circular spade-style grip. The grip offered easy access to the firing button for the 4 x 20mm cannon and a brake control. The throttle handle was set off to the left side of the cockpit and featured conveniently-placed bomb/rocket, flap and undercarriage controls.

Operational Service
Once fielded in August of 1941, the Typhoon met with mixed results. It became the RAF's first 400 mile-per-hour fighter on one hand but on the other, the Napier engine - despite its power - proved quite complex and needed much attention while still being prone to failures in the field. Such was the desire to "make it happen" that the powerplant was debuted before it should have been made officially ready on any platform. The price paid for pure speed was off-set by the aircrafts generally poor rate-of-climb. Additionally, despite being designed as a high-altitude performance interceptor, the Typhoon performed quite poorly at height above medium altitude and surprisingly proved its worth in low to mid-altitude sorties instead. In this way, the Typhoon actually fared better in the role than the Supermarine Spitfire.

As a result, Typhoons became more and more relegated to this role and armed for more conventional ground strike capabilities than intended. The Typhoon could engage ground targets and still offer up competing performance when tangling with German bombers and fighters at this level. More importantly, the marauding Fw-190 low-level attacks across the southern British coast were finally answered with the arrival of the Typhoon as the fighter-bomber proved adept at engaging these small German aircraft on their own terms at their optimal operating altitude. The structural deficiency in the tail design also led to delays and some unfortunate fatalities though this was later addressed temporarily through the use of reinforcement via twenty alloy riveted "fishplates" at the empennage base.

By 1943, the Typhoon was being fitted with air-to-ground rockets and 2 x 250lb bombs underwing. This, coupled with its low-altitude performance, made for an exceptional fighter-bomber hybrid. Typhoons played a large role in disrupting German communications prior to the D-Day landings in both day and night sorties. As the Allied foothold into France increased, so too did the level of Typhoon usage in terms of helping to form new frontlines for the advancing ground forces - Typhoons began operating from French-based airfields and, more importantly, Holland, giving them access to targets on German soil. Typhoons followed the ground fighting through to the end of the war in this role, taking on escort fighter support from Spitfires and Mustangs when needed. Their shellacking of German support elements proved pivotal in the strategic pushes that would ultimately lead to the Allied victory. No German target proved safe from the cannons, bombs and rockets of the Typhoon - be it ammunition stores, vehicles, train yards or ground forces themselves. By the end of the war, some 3,300 Typhoons were produced. Despite these numbers, they became all but extinct with the arrival of the jet age in the post-war world. Typhoons were removed from service as soon as 1946. At the height of its use, the Typhoon made up 26 total squadrons - pretty impressive considering the design was almost laid to rest during its development.

Conclusion
Aircraft such as the Typhoon are wonders in wartime. Their initial designs are often rigged for failure from the outset only to have the ever-changing face of warfare force a new role-player to be added to the ranks. Such was the case with the Hawker Typhoon that, in all respects, it was actually a successful aircraft despite the design's drawbacks and limitations. The RAF had taken notice of the platforms capabilities and fielded it accordingly. By the time the Germans took note, it was all but too late for the Reich.©MilitaryFactory.com
Note: The above text is EXCLUSIVE to the site www.MilitaryFactory.com. It is the product of many hours of research and work made possible with the help of contributors, veterans, insiders, and topic specialists. If you happen upon this text anywhere else on the internet or in print, please let us know at MilitaryFactory AT gmail DOT com so that we may take appropriate action against the offender / offending site and continue to protect this original work.
Advertisements

General Assessment
Firepower
Performance
Survivability
Versatility
Impact
Values are derrived from a variety of categories related to the design, overall function, and historical influence of this aircraft in aviation history.
Overall Rating
The overall rating takes into account over 60 individual factors related to this aircraft entry.
40
Rating is out of a possible 100 points.
Relative Maximum Speed
Hi: 500mph
Lo: 250mph
This entry's maximum listed speed (413mph). 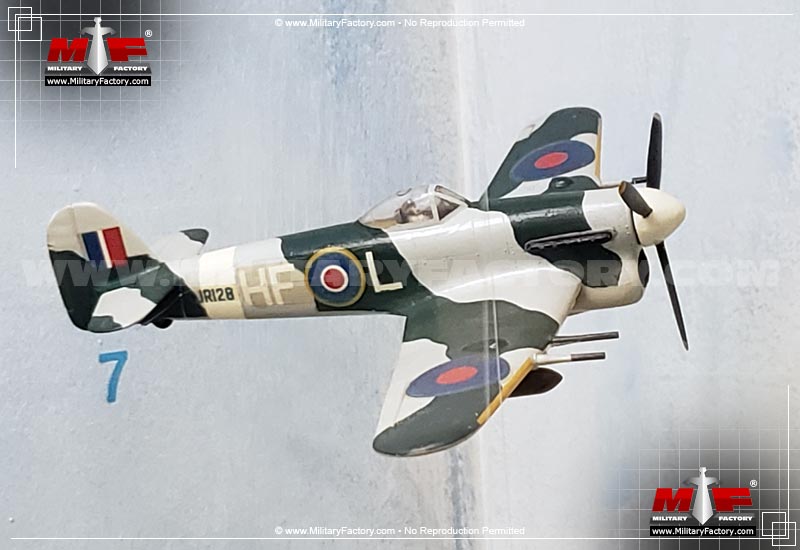 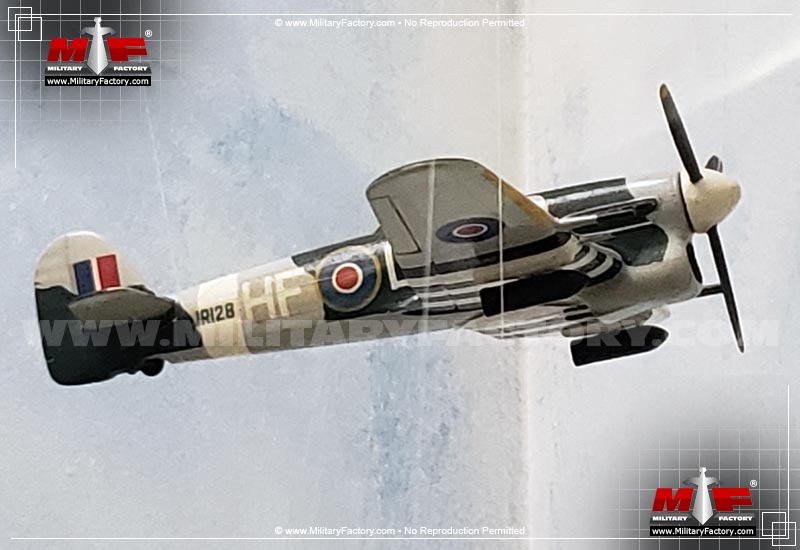 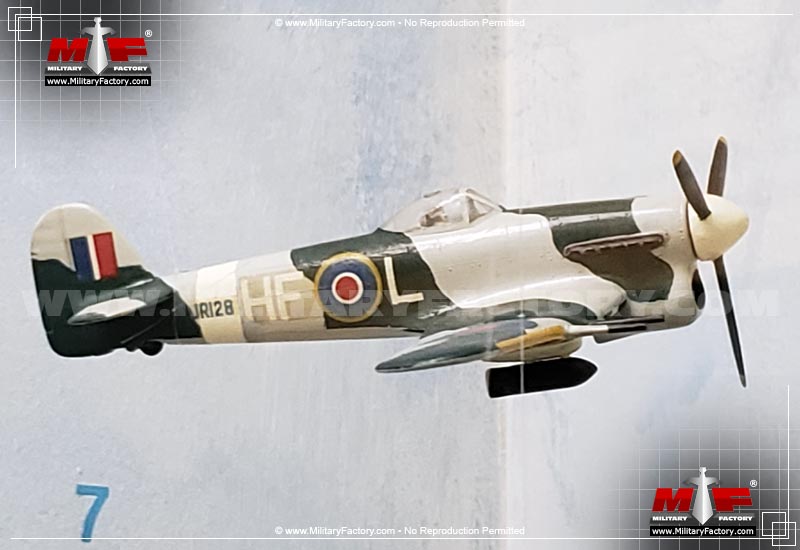 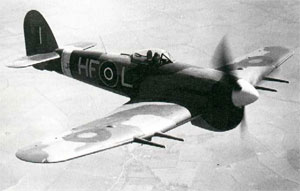 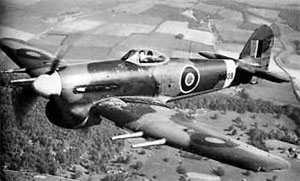 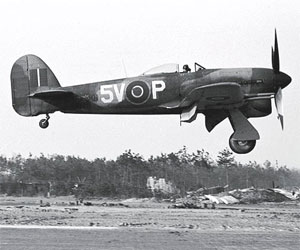 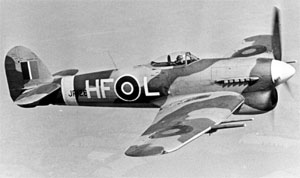 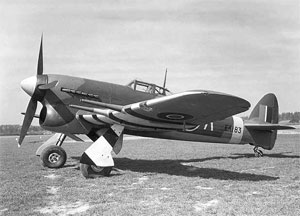