The AgustaWestland AW109 helicopter has gone on to see worldwide use by in both military and civilian roles.

Authored By: Staff Writer | Last Edited: 10/18/2021 | Content ©www.MilitaryFactory.com | The following text is exclusive to this site. 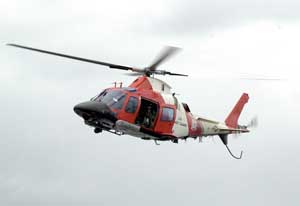 The British-Italian helicopter concern of AgustaWestland developed their AW109 model of 1971 as a commercial-level passenger-minded transport. Initial work began in the latter part of the 1960s under the guise that the new product be centered around a single turboshaft engine in an effort to keep developmental, and ultimately procurement, costs down. All other aspects of the helicopter would remain highly conventional with a lightweight classification. By 1970 the design had evolved to become a twin turboshaft-powered mount and assigned the company designation of AW109 (AgustaWestland Model 109). First flight of the type was recorded on August 4th, 1971 to which a years-long period of testing ensued before the aircraft was brought to market in 1976. The series maintains an active presence all over the world today (2013) and is featured in many military forces as well.

The AW109's design was that of a sleek and aerodynamically-refined aircraft featuring a well-sloped and pointed nose assembly. The cockpit was set well ahead in the design with seating for two pilots behind a two-piece forward windshield for excellent visibility out of the cockpit. Entry and exit from the cockpit was through hinged automobile-style doors fitted to either side of the cockpit. Aft of the cockpit was the passenger cabin with variable seating or medical litter options. Search and Rescue types were outfitted with specialized equipment for their given role and armed versions showcased door-mounted machine guns. Entry and exit to the passenger cabin was via rectangular sliding doors to either side of the cabin, these doors sliding rearwards against the helicopter's body. The powerplant was fitted above the cabin roof in the usual way and powered a four-bladed main rotor atop a short mast as well as a two-bladed tail rotor at the rear (the tail rotor facing portside). The empennage consisted of a tapered assembly which housed the tail rotor shaft within. The tail unit was slightly raised from the fuselage underside and capped at its aft end by a large dorsal and smaller ventral vertical tail fin. Horizontal stabilizers were set along the tail stem near the rudder. The undercarriage consisted of two single-wheeled main legs and a single-wheeled nose leg, all were retractable into the floor of the A109 (on most production versions).

The AW109 first appeared in the aptly-designated A109A production model fitted with 2 x Allison Model 250-C20 American turboshaft engines. The A109A EOA was a specially developed militarized version for service with the Italian Army while the A091B proved another militarized model that fell to naught. The A109A was modernized through the A109A Mk II initiative and this begat a MEDEVAC version as the A109A Mk II MAX. The A109C grew into a commercial passenger model sporting 2 x Allison Model 250-C20R-1 turboshaft engines with seating for eight and was followed by a MEDEVAC as the A198C MAX.

The A109D served as a prototype while the A09E Power became a modernized commercial passenger model - though this time outfitted with 2 x French Turbomeca Arrius 2K1 series turboshaft engines. To please its large stable of Western customers, AgustaWestland eventually broadened this model to support the American Pratt & Whitney PW206C series engines under the same designation.

The A109E Power series evolved into the A109E Power Elite which introduced a lengthened fuselage sporting more interior volume. The cockpit was all-modern with digital readouts, satellite navigation and Multi-Function Displays (MFDs) for both pilots. Notable customers of this mark became the Royal Air Force (RAF) and the United States Coast Guard (USCG), the latter operating the type as an armed deterrent platform and Search and Rescue (SAR) system until 2008 (as the MH-68A Stingray - these were subsequently replaced by the MH-65C Dolphin series of French origin). The A109LUH ("Light Utility Helicopter") was built upon the A109E Power series and intended for military service. It found buyers in New Zealand, Malaysia, Nigeria and South Africa.

The A109K became another modern militarized form while the A109K2 was developed for "hot-and-high" operating environments with fixed undercarriage. The A109M was yet another military variant which begat the hot-and-high A109KM form, the A109KN navalized mount, the A109CM basic military version, the A109GdiF of the Guardia de Finanza of Italy and the A109BA for exclusive delivery to the Belgian Army. The CA109 became a local, license-production variant of the A109 in China under the Changhe Aircraft Industries Corporation (CAIC) product label. The AW109S Grand was fitted with 2 x Pratt & Whitney Canada PW207 series turboshaft engines over a lengthened passenger cabin and revised main rotor. The AW109 Grand New was a simplified variant.

All told, the AW109 series went on to find homes in the inventories of two dozen operators around the globe including Algeria, Albania, Argentina, Chile, Peru, Philippines and Sweden among others. It is no longer is service with Australia, Paraguay, Slovenia, the United Kingdom, the United States and Venezuela.

January 2018 - The Nigerian defense budget has set aside funds for the purchase of two AW109 helicopters.

(Showcased performance specifications pertain to the Leonardo A109 (Power) production variant. Compare this aircraft entry against any other in our database or View aircraft by powerplant type)
Usually none. Armed (Military) Versions can field any of the following: 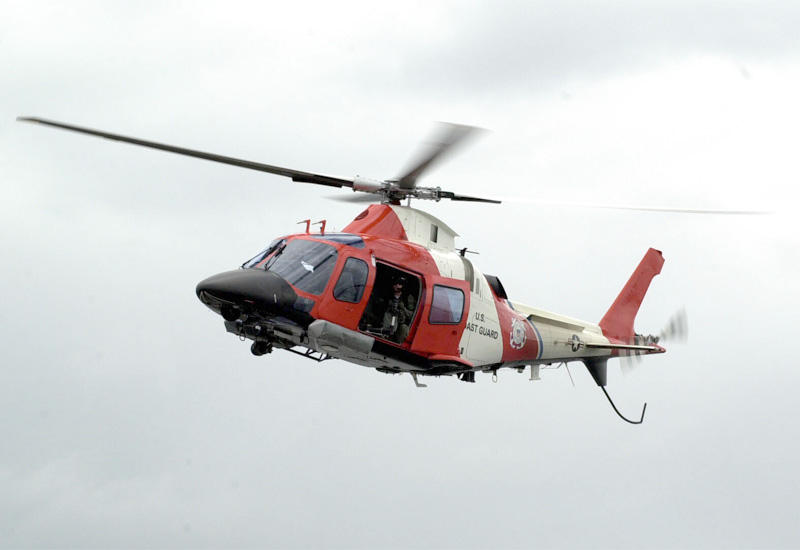 A US Coast Guard MH-68 based on the AgustaWestland AW109 series.