The Bell Model 206 Light Utility Helicopter went on to become a commercial success for Bell with over 7,000 examples being built since 1962. 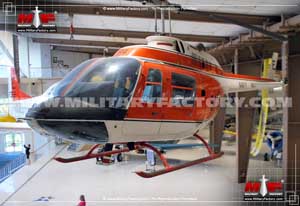 Bell's successful Model 206 was born from the company's failed YOH-4 bid used in the 1960 U.S. Army Light Observation Helicopter (LOH) initiative. The service sought a four-seat, light-class platform to which Bell developed the D-250. After review, the Bell and a competing Hiller designs were selected for development and a revision of the D-250 produced the evolved "Model 206" for the company. This continued in Army testing as the YOH-4A come 1962 and five prototype forms followed. A head-to-head fly-off with competing designs from Hiller (Fairchild-Hiller) and Hughes followed to which the Hughes YOH-6 entry was chosen as the eventual winner - entering U.S. Army service as the OH-6 "Cayuse" in 1966.

All was not lost for Bell continued work on their YOH-4 as a five-seat passenger helicopter for the civilian market. In this guise, the aircraft completed its first flight on January 10th, 1966 and, following successful testing, began serial production and deliveries before the end of the year as the Model 206 "JetRanger".

In 1967, the U.S. Army returned with its LOH requirement still unfulfilled due to delays and costs related to the OH-6 commitment. This resulted in the Model 206A being ordered and adopted into Army service as the OH-58A "Kiowa" military platform and the two helicopters served side-by-side for decades. Deliveries began in May of 1968 and some 2,000+ units were delivered in their Kiowa form. Canada ordered the militarized type as the COH-58 (this later becoming the CH-139) through 72 examples.

The classic Model 206 form incorporated a two-seat, side-by-side cockpit overlooking a short nose assembly through bulbous front windscreens. Each crewman was given hinged automobile-style doors along the fuselage sides and these sat ahead of sliding side doors giving access to the passenger cabin. The cabin sat under the turboshaft installation which drove a two-bladed main rotor overhead and a two-bladed tail rotor at rear. The tail rotor was seated facing portside with a vertical dorsal and ventral fin being featured. Horizontal planes were affixed along the midway point of the tail stem. The undercarriage consisted of a simple skid arrangement, the twin skids connected by two parallel beams under the mass of the fuselage.

In time, U.S. Army models were upgraded to the more potent OH-58C standard featuring a more powerful engine fit. Australia took up local assembly of Model 206B-1 helicopters. The base Model 206 helicopter begat the stretched, seven-seat Model 206L "LongRanger" and Agusta-Bell of Italy took on licensed production of the Model 206 for Europe as the "AB 206" (AB 206A, AB 206A-1, AB 206B, AB 206L-1, AB 206L-3). The "SeaRanger" ended as a U.S. Navy / Marine / Coast Guard helicopter trainer for its time in the air and the "TexasRanger" was nothing more than abandoned export model of 1981. The PANHA Shabaviz 2061 became an unlicensed local Iranian version of the Model 206 JetRanger for the light utility role and these entered service in 1998 as part of the Iranian Air Force inventory.

In all, some 7,300 Bell Model 206 helicopters were produced with manufacture of the product - in one form or another - still ongoing today (2016). Variants for the line have proved plenty and include the "LongRanger II" with uprated Allison 250-C28 turboshaft engine and the "LongRanger III" with Allision 250-C30P turboshaft engine. Military models continue in service today with a myriad of operators the world over - from Albania and Argentina to Venezuela and Yemen. Beyond U.S. Army and Navy units using the Model 206, the Los Angeles police department operates the type.

The Bell Model 206 was developed into the Model 407 helicopter - detailed elsewhere on this site.

January 2019 - The United States Navy has issued a Request For Proposal (RFP) under the TH-XX helicopter trainer initiative to find a successor for its aging fleet of TH-57B/C Advanced Helicopter Trainers.

(Showcased performance specifications pertain to the OH-58A Kiowa (Bell 206) production variant. Compare this aircraft entry against any other in our database or View aircraft by powerplant type)
Civilian models unarmed. Military / police mission-specific armament is minimal: 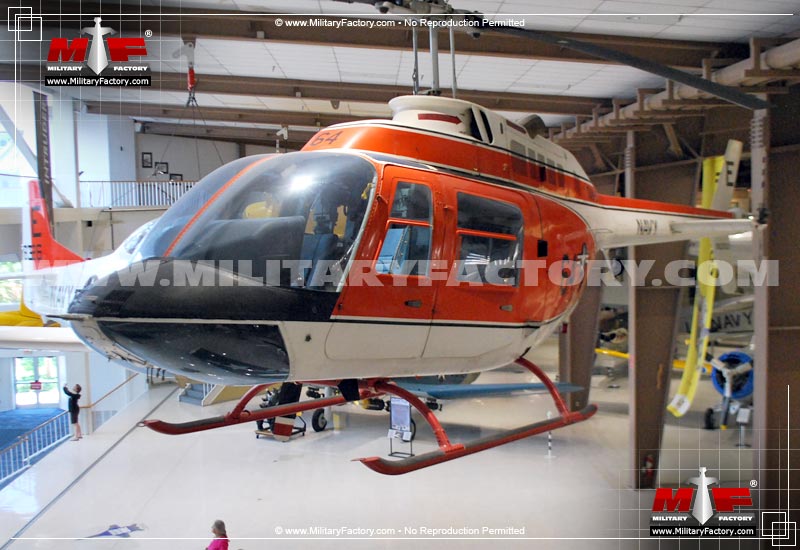 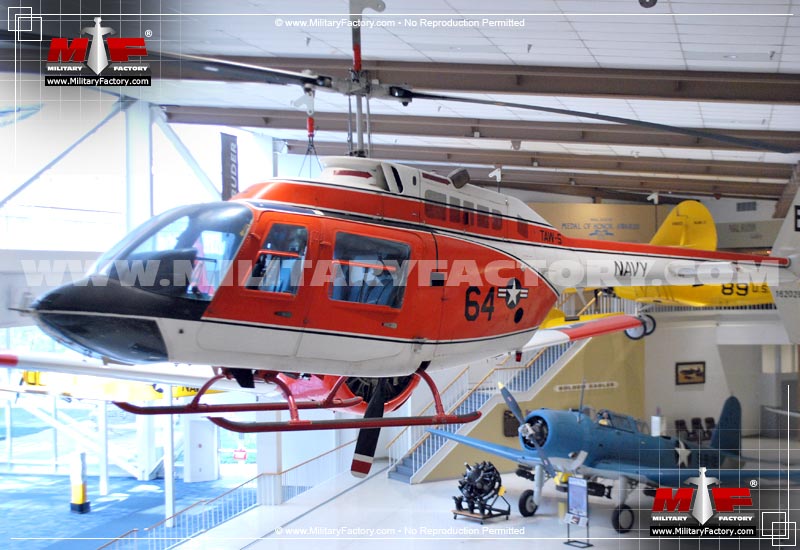 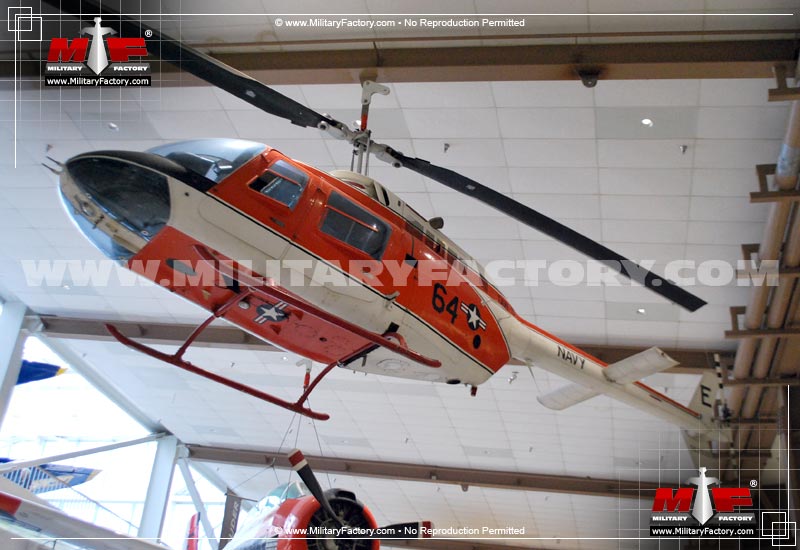 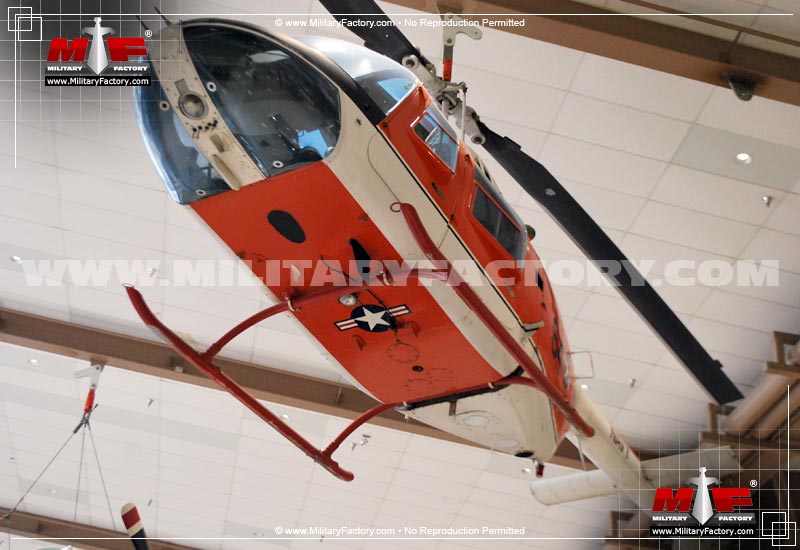 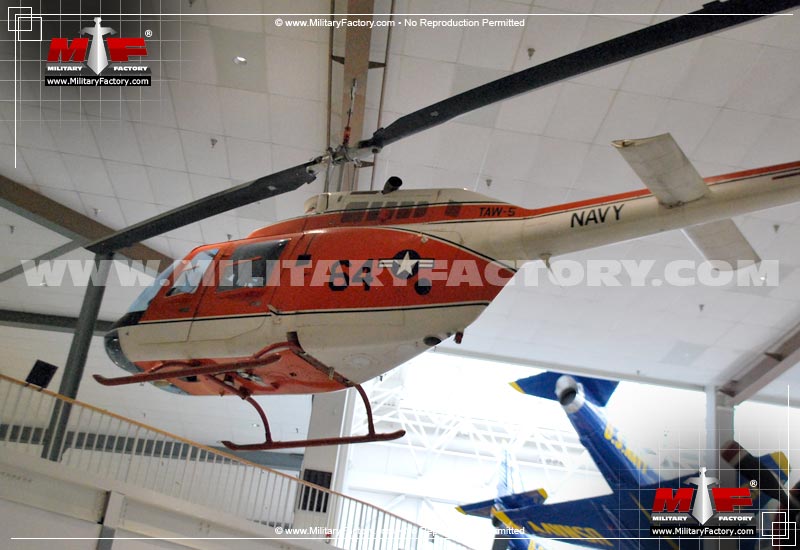 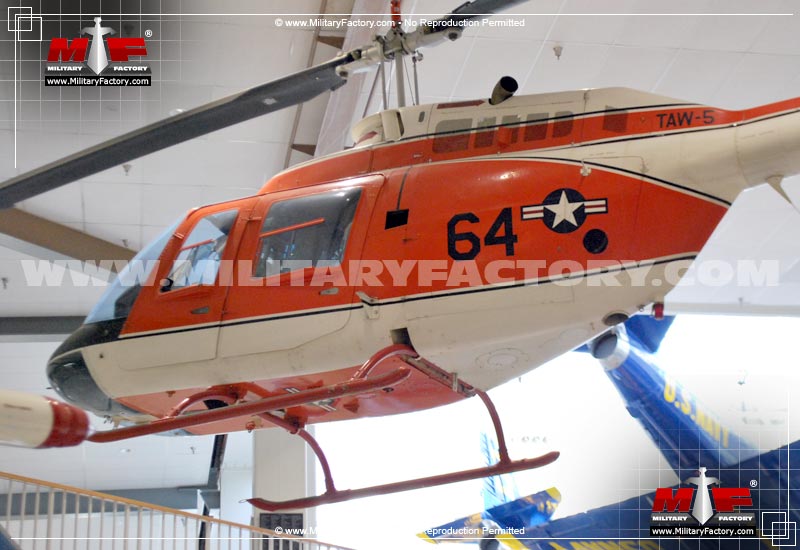 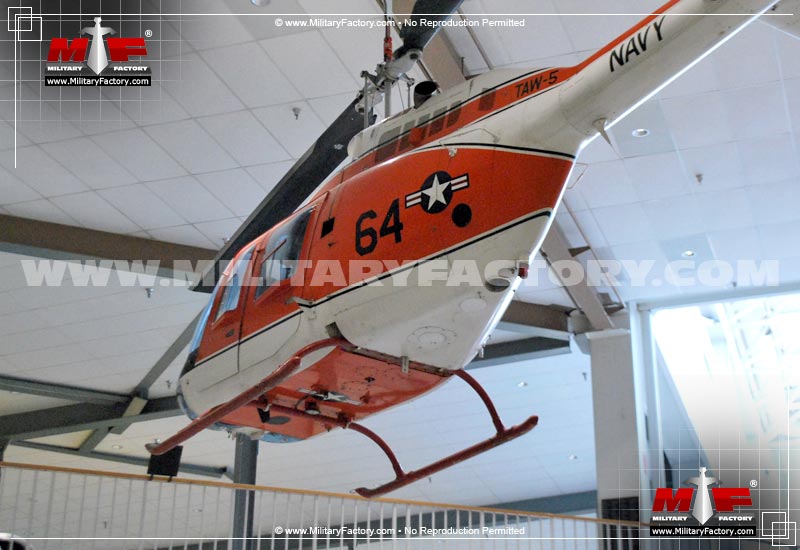 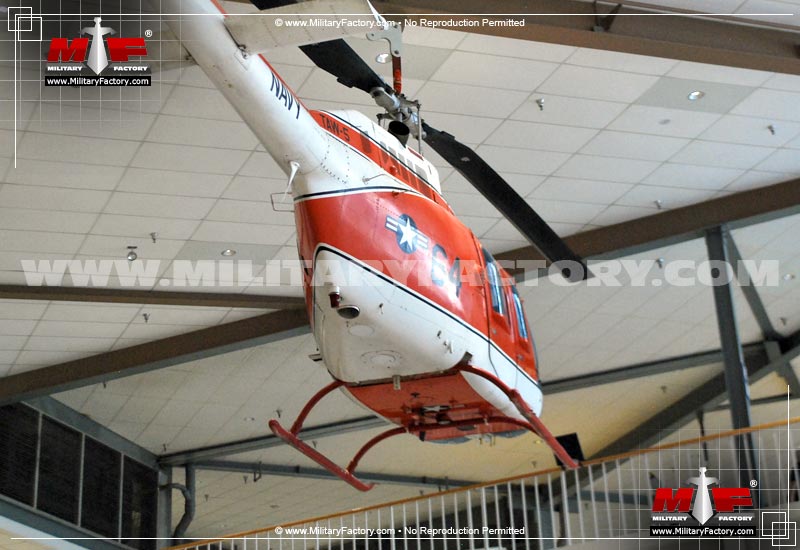 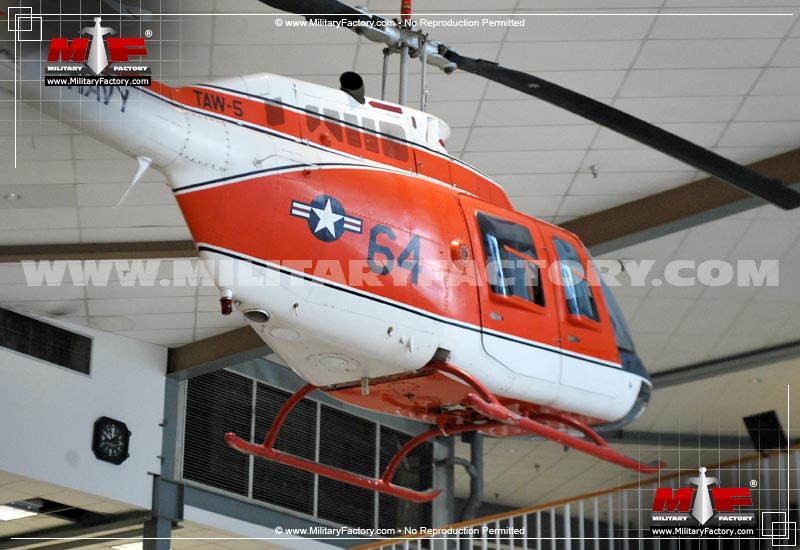 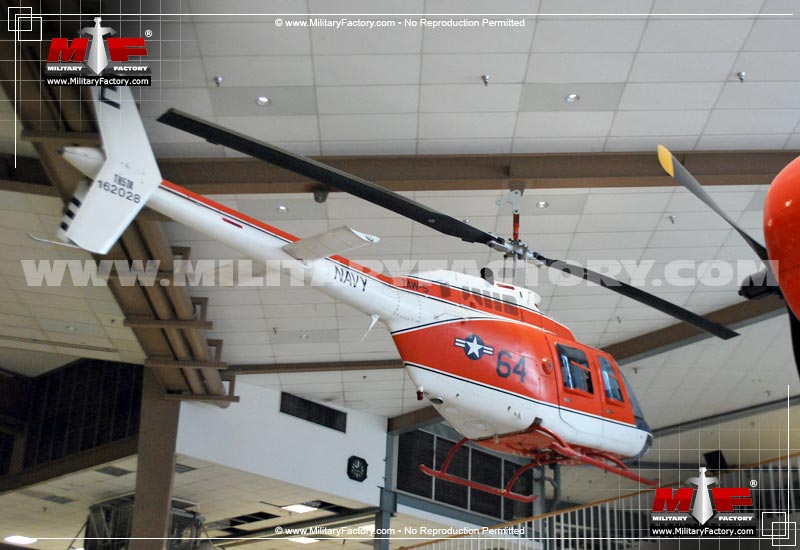 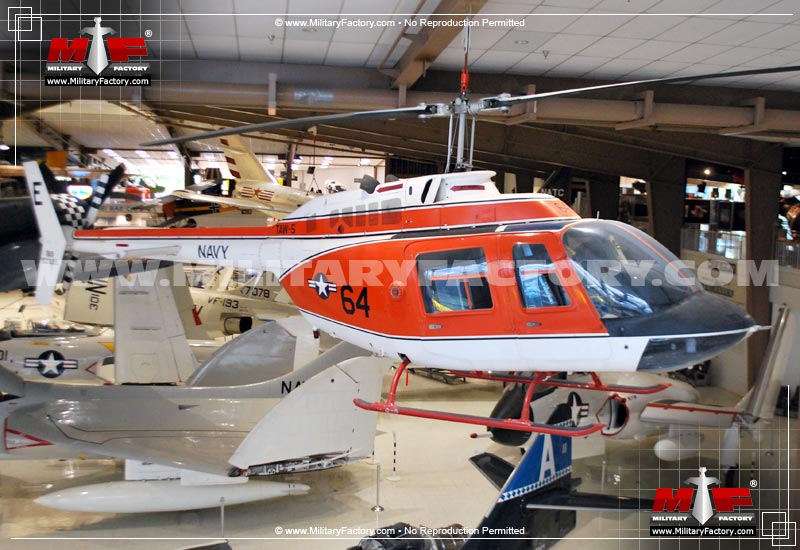 Aviation developments of similar form and function, or related to, the Bell Model 206 (JetRanger / LongRanger)...