Despite missing combat action in World War 2, the Grumman F7F Tigercat served with the USMC in the upcoming Korean War.

Authored By: Staff Writer | Last Edited: 04/02/2019 | Content ©www.MilitaryFactory.com | The following text is exclusive to this site. 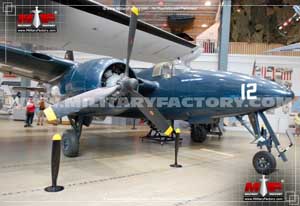 The F7F Tigercat was another carrier-borne aircraft development in Grumman's long line of "cat" named fighters. The system was originally designed as a twin-engine fighter for use off of the decks of US Navy Midway-class aircraft carriers. Unfortunately, the aircraft proved too fast and too large for these vessels (in both operation and storage) and therefore went on to be utilized as a land-based attack fighter by the United States Marine Corps instead. The Tigercat arrived too late to see operational use in World War 2 but saw combat service in the upcoming Korean War. The F7F's design earned some historical distinction in becoming the world's first purpose-designed twin-engine, carrier-based fighter produced in quantity with a tricycle landing gear arrangement. The Tigercat also became the US Navy's first accepted twin-engine fighter.

Grumman had already proven itself a capable aviation firm with carrier-based fighter products spanning as far back as the early 1930's. The F4F Wildcat proved a pivotal Allied stalwart in the early and middle stages of the Pacific Theater, in both defensive and offensive roles. The much improved F6F Hellcat - featuring the powerful Pratt & Whitney "Double Wasp" radial piston engine - ratcheted the bar up a few notches and helped to win back air superiority for the Allies for the remainder of the war. It becomes no surprise then that the same bureau that produced these two excellent aircraft would leave no stone unturned when creating a successor in the "cat" family line. With development beginning as early as 1941, Grumman engineers would set out to create the ultimate form of carrier-based fighter aircraft anywhere in the world. To make this ultimate vision a reality, Grumman engineers would stay with the proven Hellcat powerplant - the Pratt & Whitney brand R-2800 series Double Wasp engine - the same engine that would power what could be considered the pinnacle of American piston-powered flight in the upcoming Grumman F8F Bearcat navy fighter.

This resulting Grumman design emerged as a large, twin-engine, single-seat fighter. First flight of the first of two XF7F-1 prototype occurred in December 1943. Though an excellent and capable aircraft, it was already proving to be too large for the Midway-class of aircraft carriers and the power supplied by the twin Double Wasp engines made it simply too fast for general carrier operations where the Midway-class was concerned. Additionally, the Tigercat performed poorly when running on a single engine and issues arose with the arrestor hook during trials.

As such, the F7F Tigercat would initially have to be relegated to operations from land-bases despite its carrier pedigree. This ultimately led to its selection and primary use by the USMC who ordered 500 of the type even before the prototype's first flight. Production deliveries began in April of 1944. Though the war in Europe and the Pacific was still in full swing by this time, the Tigercat did not gain the usual required operational level of clearance to perform in a combat nature during these closing months of the war. By the time of cessation of hostilities by mid-1945, the Tigercat was all but too late for the big dance. As fate would have it, the aircraft designed and produced during the height of the Second World War would eventually miss the conflict in whole.

The Tigercat was designed as a sleek and fast performer with hard-hitting standard armament. The fuselage was of the smallest possible cross-section and featured a pointed nose assembly, single-seat cockpit and conventional empennage. The pilot was afforded good forward and above visibility though his views left, right and to the rear were limited to an extent. Views left and right were partially obstructed by the radial engine nacelles slung underneath each mid-mounted monoplane wing. The wings themselves were hinged outboard of the engines for ease of storage (hence its carrier-based origins). The tricycle landing gear arrangement was unique, particularly for this class of large fighter. Bell had gained attention for using the tricycle undercarriage arrangement in its World War 2-era P-39 "Airacobra" series but for the most part, undercarriages of the period were traditionally still of the "tail dragger" variety even concerning large fighters. The F7F's undercarriage arrangement featured two main landing gear systems retracting rearwards into the underside of each engine nacelle. Likewise, the nose-mounted landing gear retracted in this same fashion. All of the landing struts were afforded a single wheel.

A large airframe made for some large possibilities in terms of armament. Conventional American wisdom throughout the war had been the use of multiple machine guns fitted to the wings. With a high rate of fire and the damage capabilities of such an armament, the choice was an easy one for aircraft manufacturers to make. The Tigercat, however, took this a step further. The Soviets and the Germans had already proven to themselves via real-world experience the value inherent in a cannon-laden fighter aircraft when combating enemy bombers. Though not offering the same high rate-of-fire as their heavy machine gun kin, cannons offered greater lethality per round as a single cannon projectile could pose an exponential threat to an enemy bomber's complex internal systems (particularly the engines) than could a flurry of machine gun fire. A such, the F7F received the best of both worlds, being armed with a battery of 4 x M2 series cannons (mounted in the wingroots, two to a side) and complimented by a collection of 4 x M2 Browning air-cooled, heavy machine guns as standard (fitted to the fuselage underside, two guns to a side - this armament was eventually removed in later versions of the aircraft). This choice of armament provided an already impressive airframe with the power to contend with just about anything available in the skies.
Advertisements

Not to be outdone in the armaments department, the lengthy and strong wingspan of the Tigercat came into value when considering the multi-role possibilities of this large fighter. The span stemming from each wing root to each engine nacelle provided just enough of an area for mounting external munitions. This would come in the form of 2 x 1,000lbs conventional drop bombs. Additionally, these munitions could be substituted for a single torpedo running along the centerline of the fuselage for anti-ship sorties. At any rate, the Tigercat was a system that could be valued for its inherent adaptability to what the operator and mission required.

Despite these obvious strengths, the World War 2-era fighter design appeared when there was no more war to fight. As such, the Tigercat was designed in only a handful of major variants, with total production of all types numbering just 365 examples. Thirty-four of the F7F-1 initial production fighter-bombers were constructed, these being fitted with the Pratt & Whitney R-2800-22W series radial piston engines. This fighter-bomber form was then spawned into a specialized single-seat nightfighter equipped with the APS-6 series radar system.

The series then evolved by way of the XF7F-2N nightfighter prototype, of which only one was constructed, becoming the F7F-2N two-seat nightfighter production aircraft built in 65 examples. These aircraft essentially stemmed from the original batch of F7F-1 production models but the changes to dual-cockpits (the rear housed the radar operator) occurring on the 35th aircraft and onwards. These were similar to the F7F-1 models but were easily differentiated by their loss of a fuel tank for the applicable radar equipment and a rear radar operator cockpit position.

The F7F-3 enjoyed the farthest reach of all Tigercat models beginning with the "improved" F7F-3 single-seat fighter-bomber produced to the tune of 189 aircraft. The F7F-3 was essentially an attempt on Grumman's part to rectify the issues that forced the Tigercat to fail its initial carrier acceptance trials. This new Tigercat saw its engines updated to the improved Pratt & Whitney R-2800-34W radials. These new engines allowed for better higher-altitude performance while the addition of fuel tanks improved range. The vertical tail fin was enlarged as well while armament was limited to 4 x 20mm cannons (the 12.7mm machine gun armament was dropped). Despite these changes, the F7F-3 flunked her carrier acceptance trials as well, this time due to a wing failure. Life went on for the production F7F-3's, however, as these Tigercats were spawned into at least 60 production F7F-3N two-seat night-fighters (with noses containing radar, sans machine gun armament) and 4 x 20mm cannons. The F7F-3 also appeared in small batches of F7F-3E electronic warfare aircraft and F7F-3P photo-reconnaissance platforms. The F7F-3's, as a whole, enjoyed top speeds of 435 miles per hour. Range was listed at 1,200 miles with a service ceiling of 40,700 feet. Fully-loaded, the Tigercat F7F-3 series weighed in at 25,775lbs.

The only Tigercat eventually cleared for carrier operations was the final production F7F-4N nightfighter model series. These aircraft were highly revised and afforded other "carrier-friendly" equipment and design elements while keeping the nose assemblies of the F7F-3 series intact. Airframe reinforcement were also given attention to prepare the bird for the rigors of carrier operations. However, only 12 (some sources state 13) of this type were produced and used by the United States Navy. The F7F-4 series offered up top speeds of 460 miles per hour with ranges approximately 1,200 miles. A reported service ceiling of 40,400 feet was complimented by a 4,530 feet-per-minute rate-of-climb.

As stated above, the Tigercat missed out on combat in World War 2, but the upcoming crisis on the Korean Peninsula made sure the new USMC aircraft would play a role. In fact, USMC elements of the VMF(N)-513 were already stationed in Japan when fighting broke out between the North and South Koreas. These Tigercat night-fighters were pressed into service, conducting night-intruder operations as needed. Beyond this type of action, the Tigercat lineage had reached its end by 1954, to which the aircraft was retired from USMC service. A renewed (albeit limited) lease on life occurred over the next two decades, however, as Tigercats were utilized to combat forest fires in the western United States for a time. Very few preserved Tigercats exist today with even fewer in flyable condition.

As an aside, the F7F Tigercat was originally named "Tomcat" but this naming convention - and its negative connotations - was eventually dropped in favor of "Tigercat". The Tomcat name was resurrected (and forever related) in the future turbofan-powered Grumman F-14 Tomcat swing-wing, carrier-based interceptor some decades later.
Advertisements

(Showcased performance specifications pertain to the Grumman F7F-4N Tigercat production variant. Compare this aircraft entry against any other in our database or View aircraft by powerplant type)
STANDARD:
4 x 20mm M2 cannons in wingroots, two to a wing.
4 x 12.7mm M2 Browning machine guns in underfuselage position, two to a fuselage side (later removed).

General Assessment
Firepower
Performance
Survivability
Versatility
Impact
Values are derrived from a variety of categories related to the design, overall function, and historical influence of this aircraft in aviation history.
Overall Rating
The overall rating takes into account over 60 individual factors related to this aircraft entry.
44
Rating is out of a possible 100 points.
Relative Maximum Speed
Hi: 500mph
Lo: 250mph
This entry's maximum listed speed (460mph). 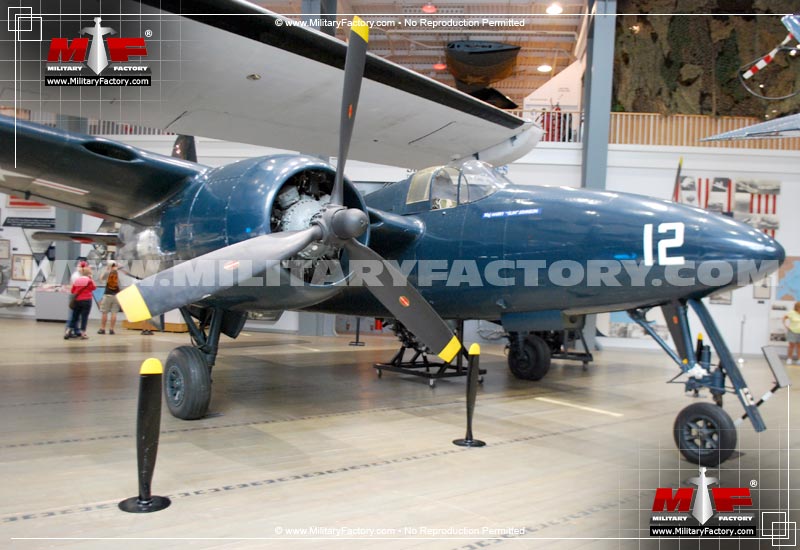 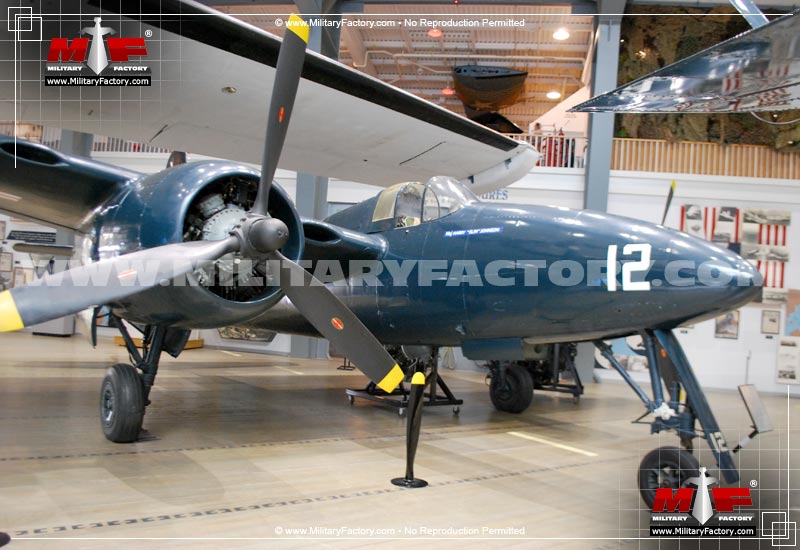 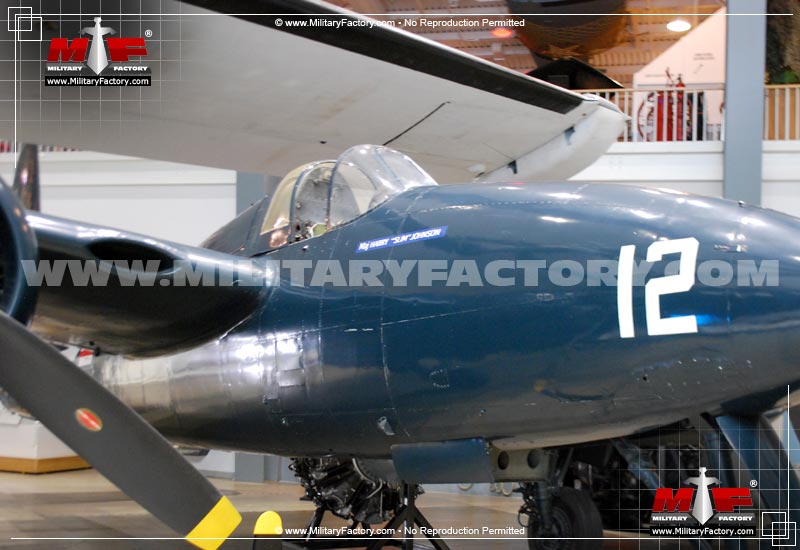 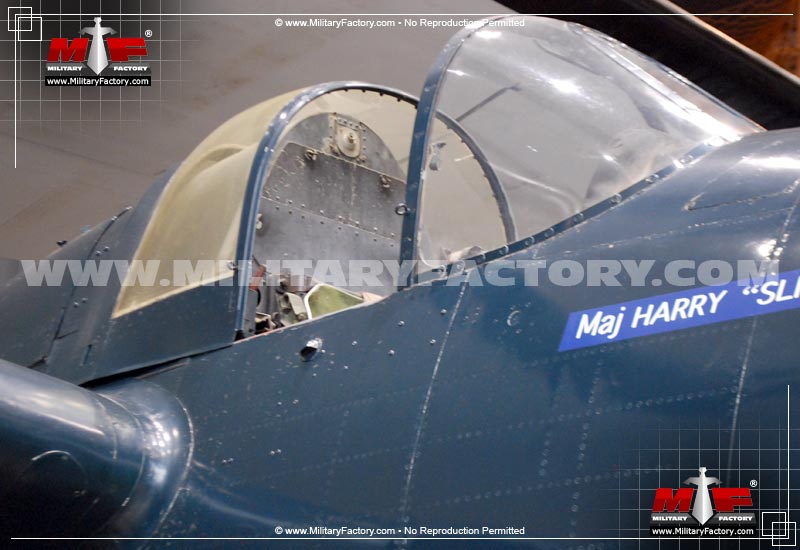 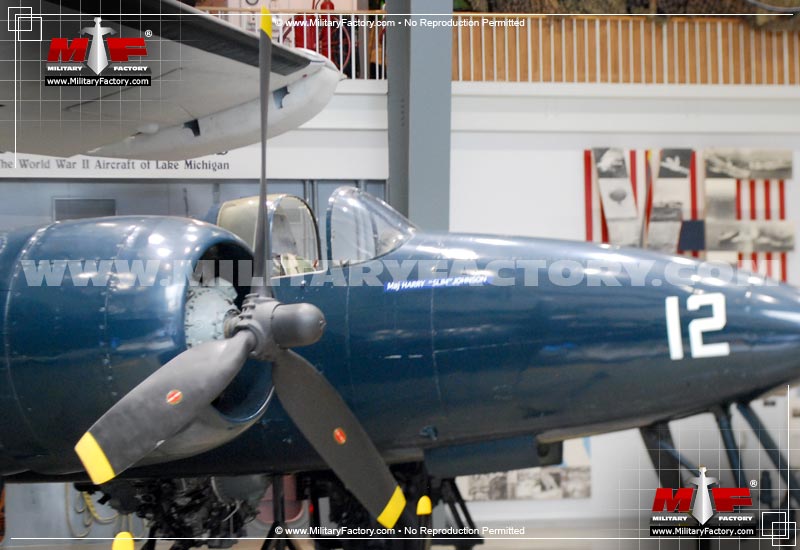 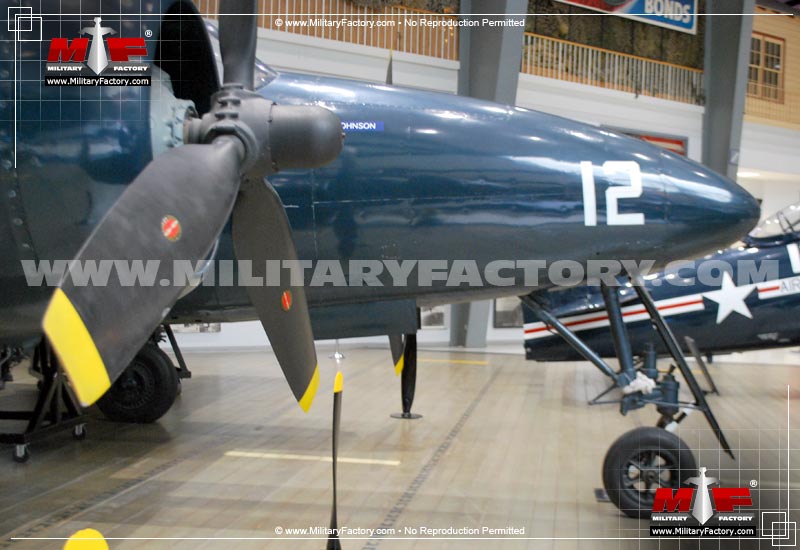 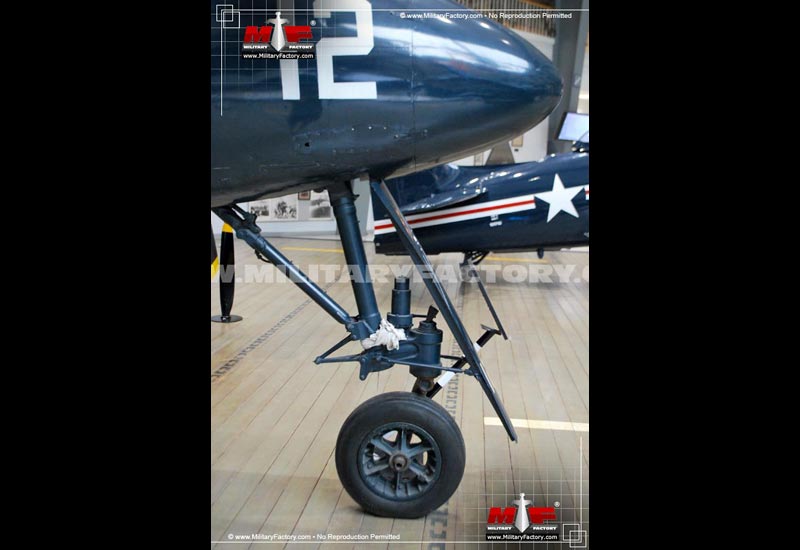 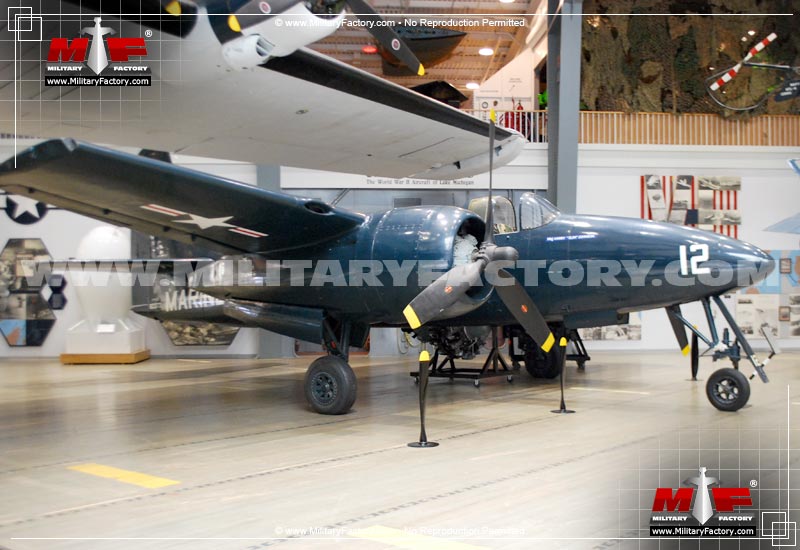 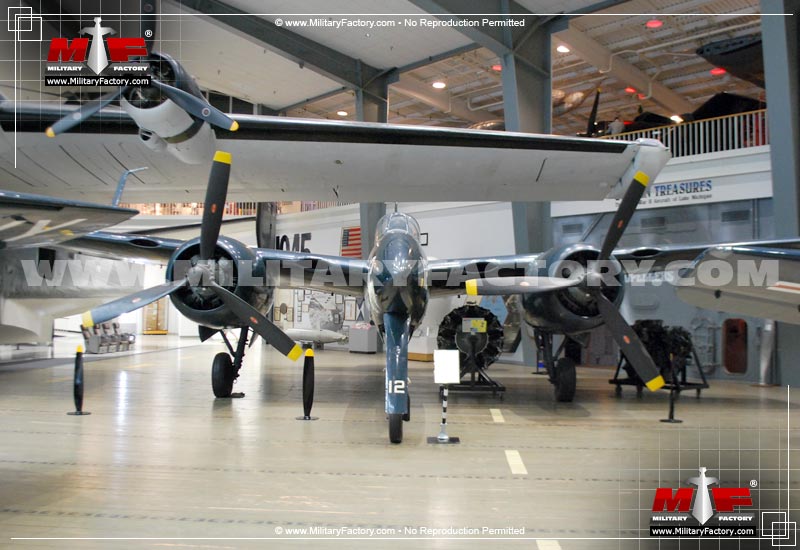 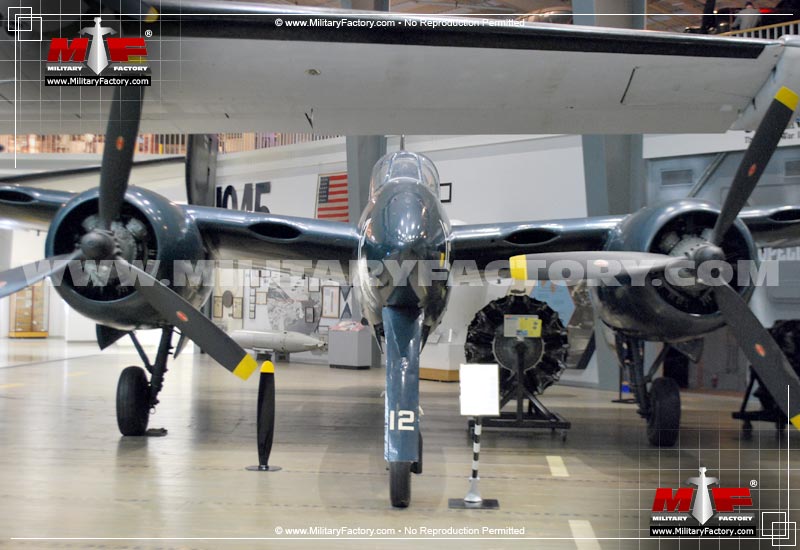 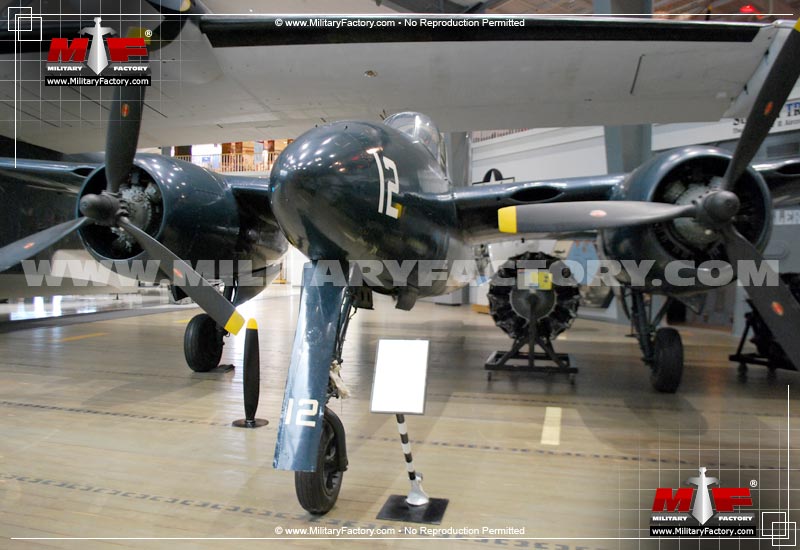 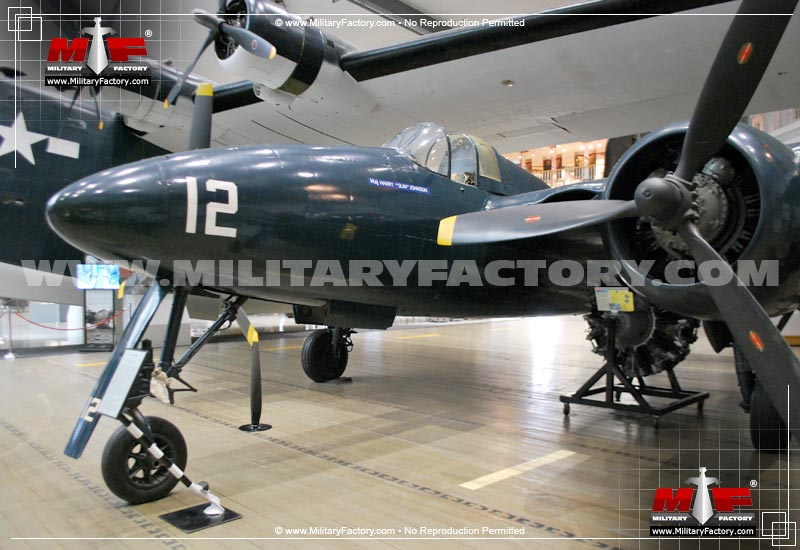 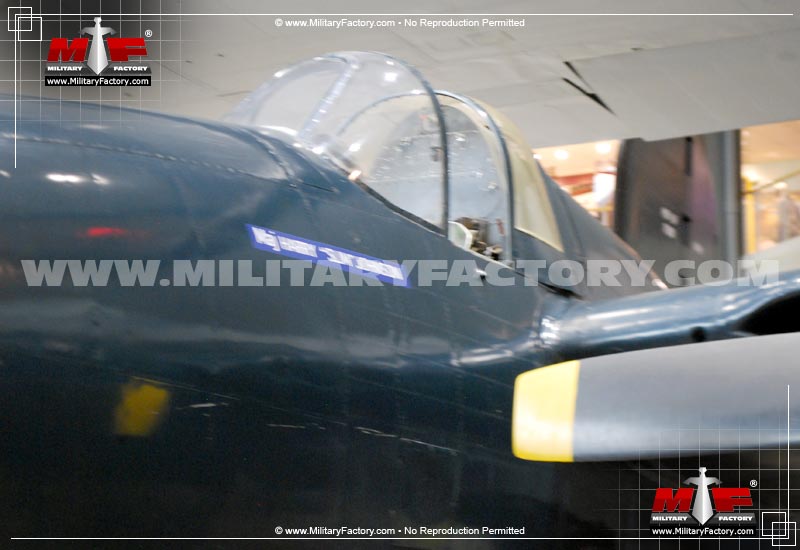 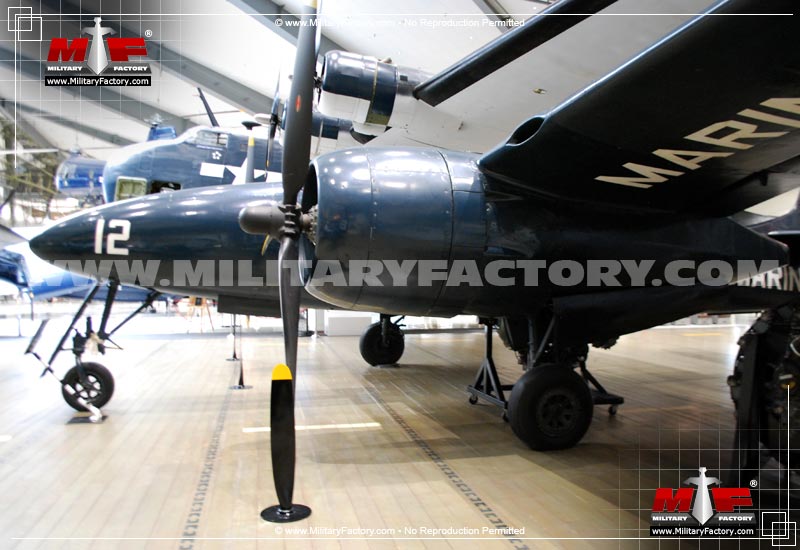 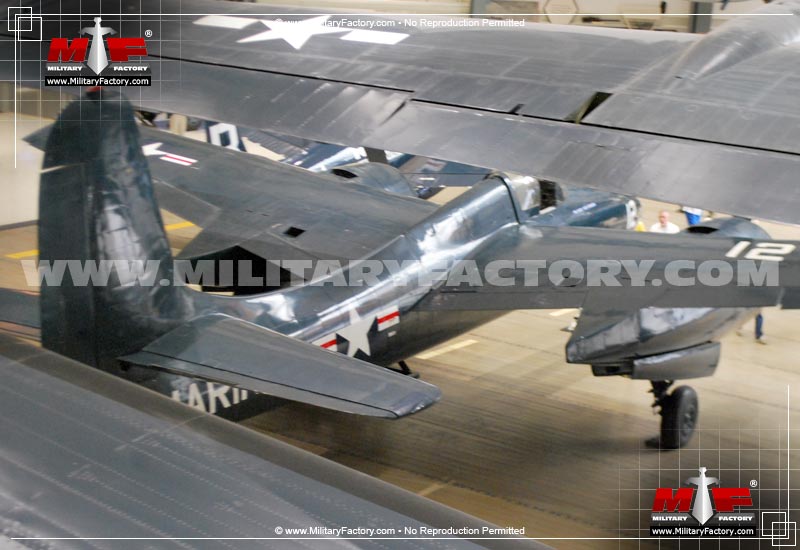