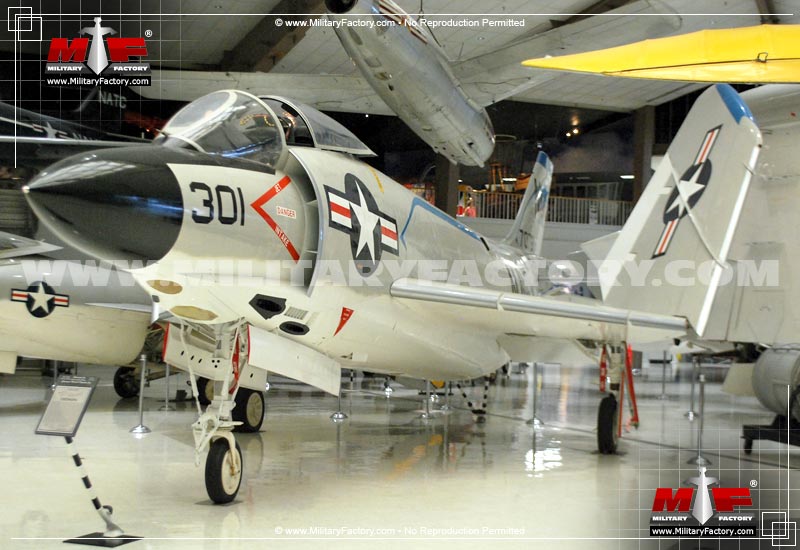 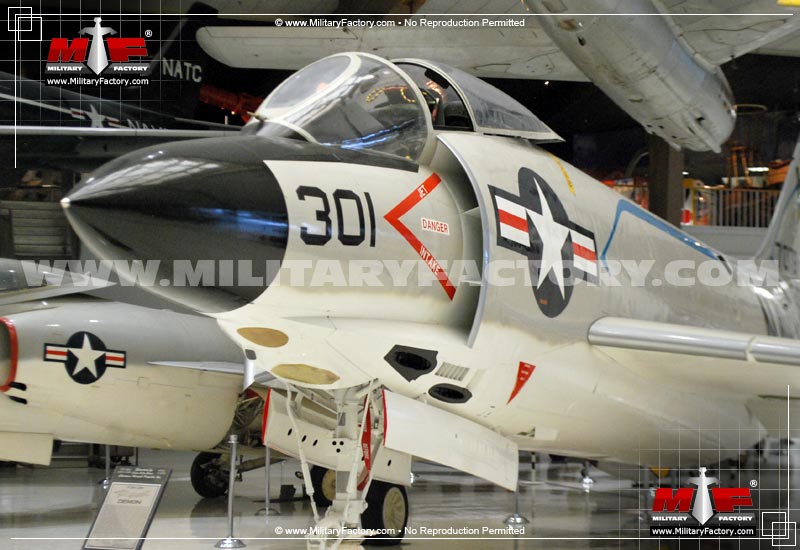 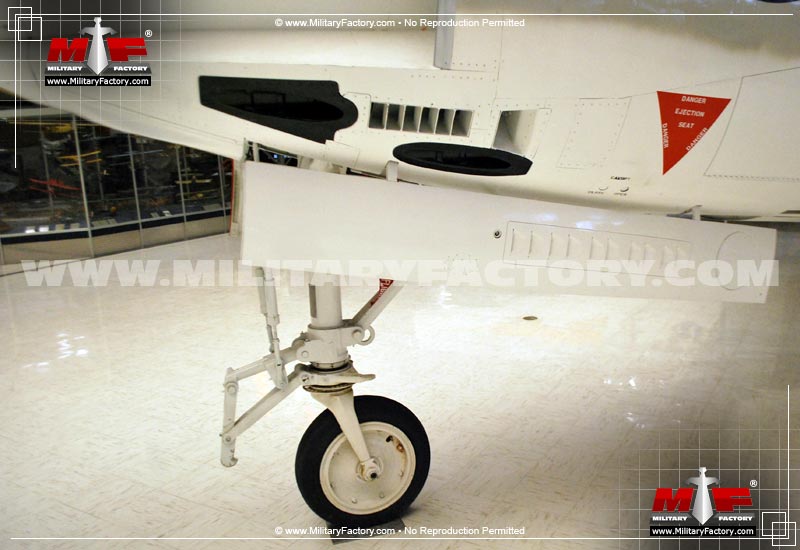 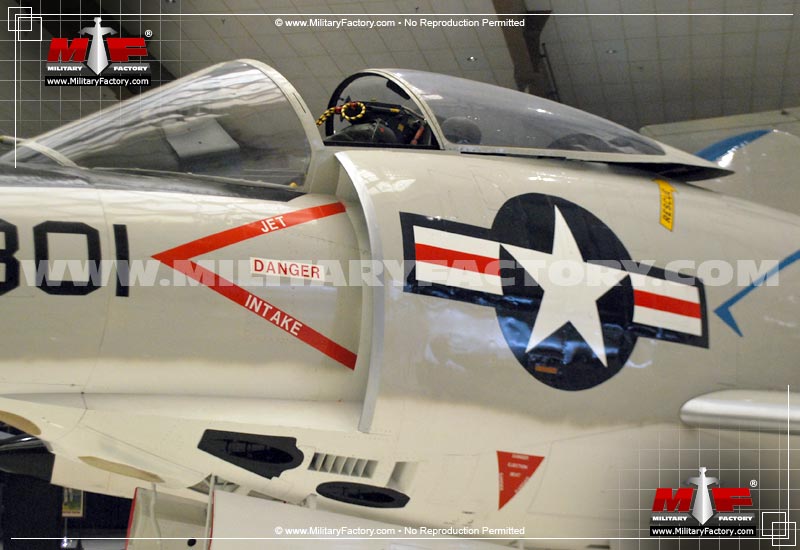 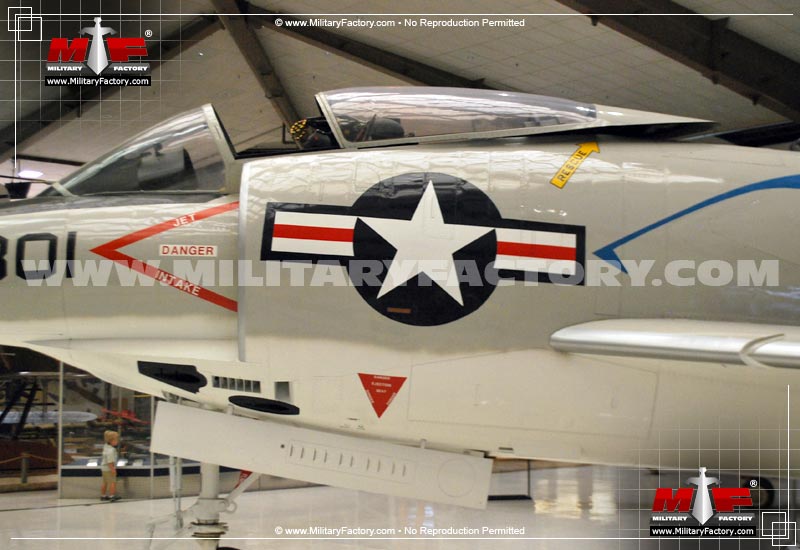 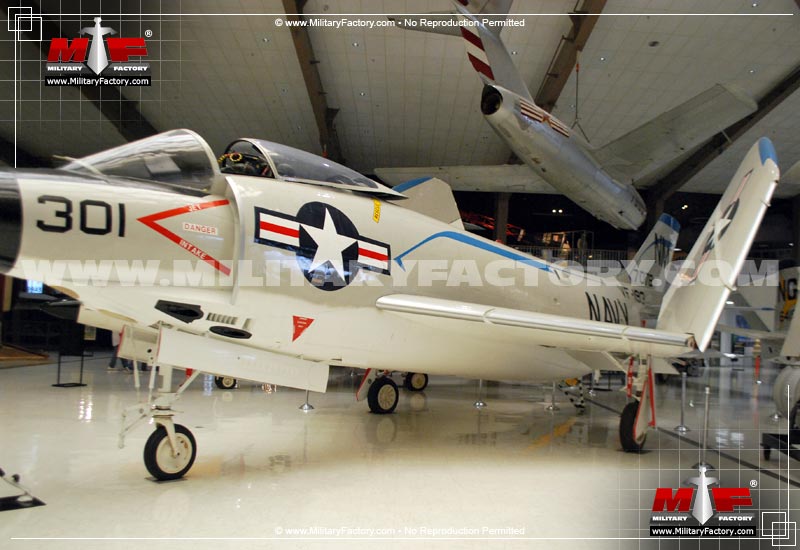 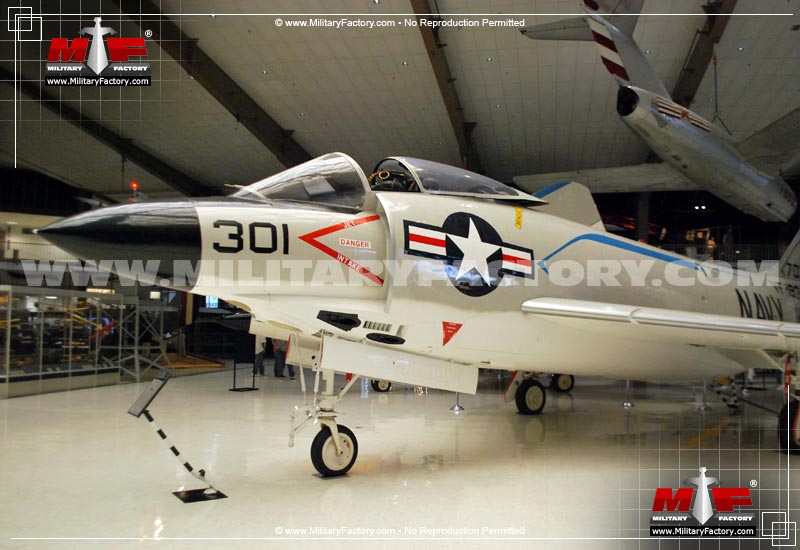 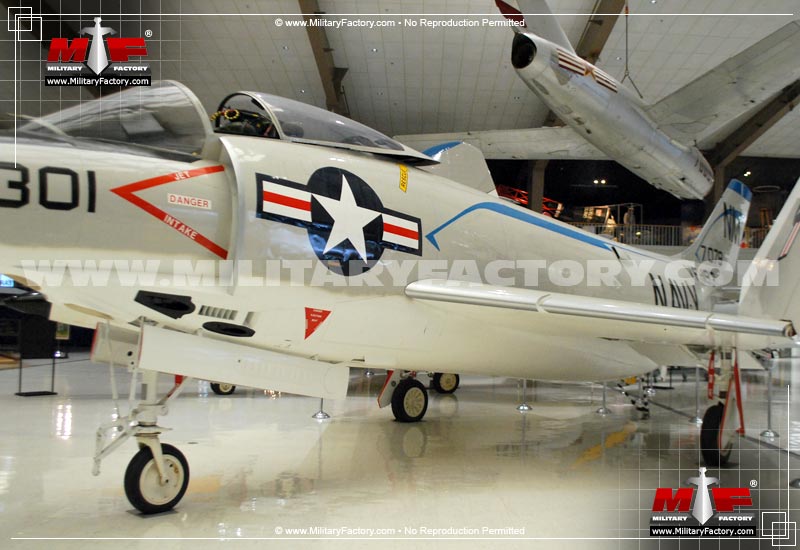 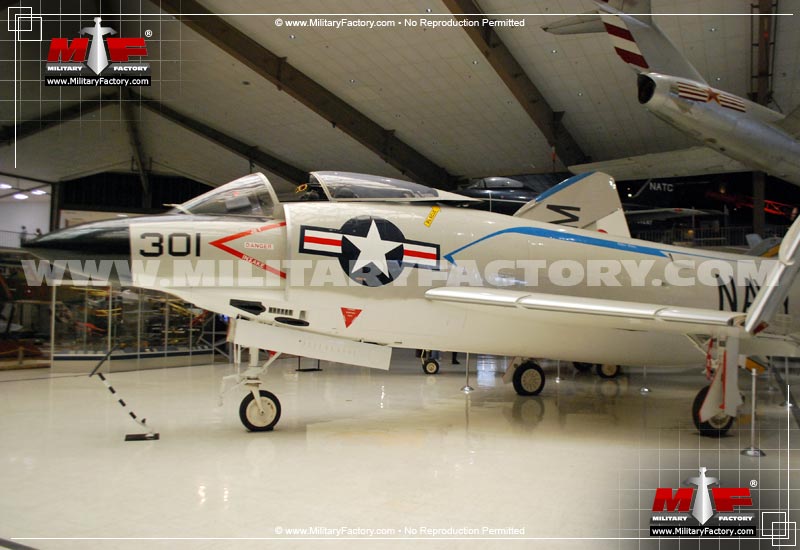 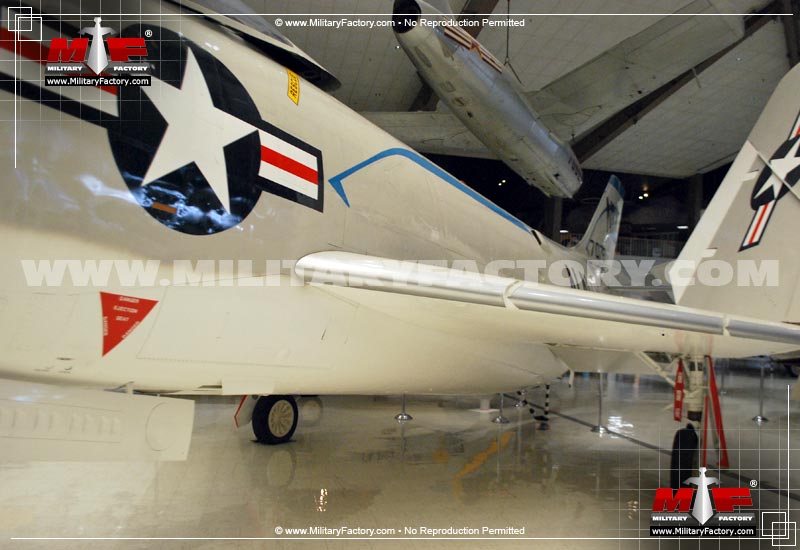 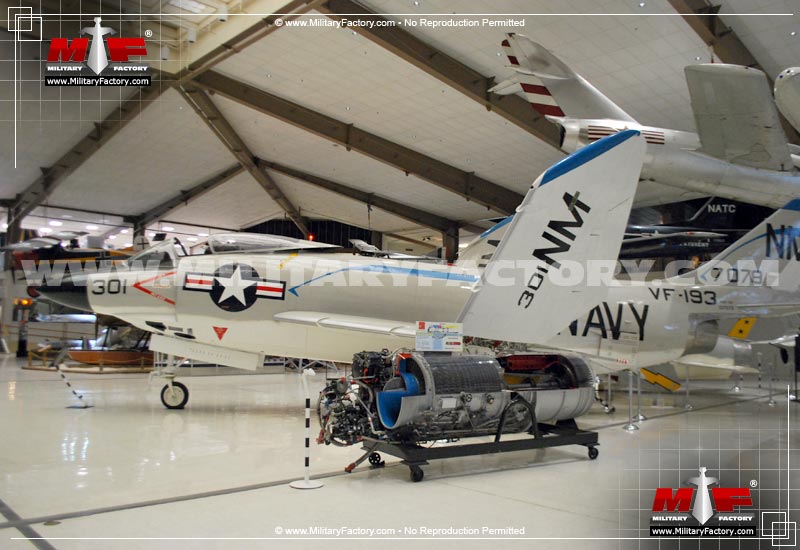 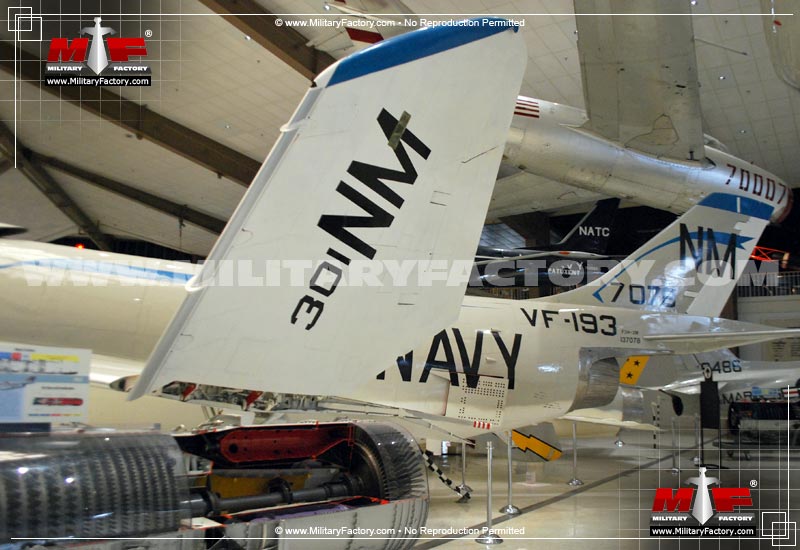 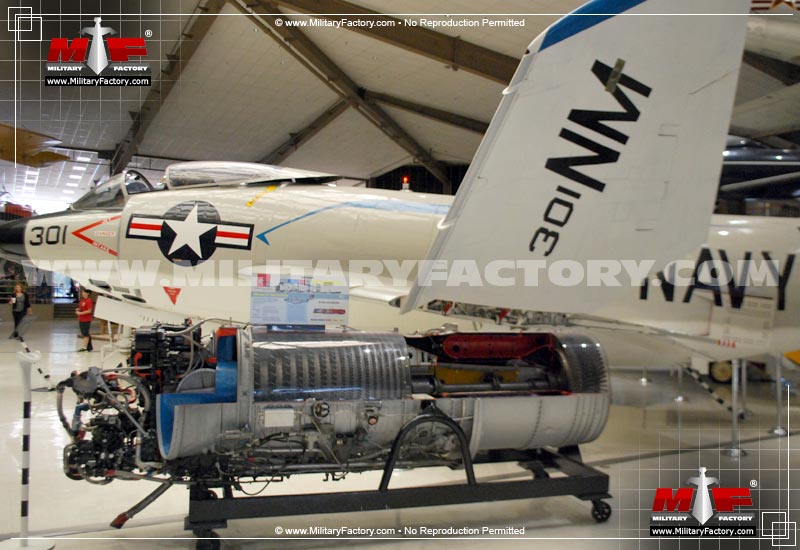 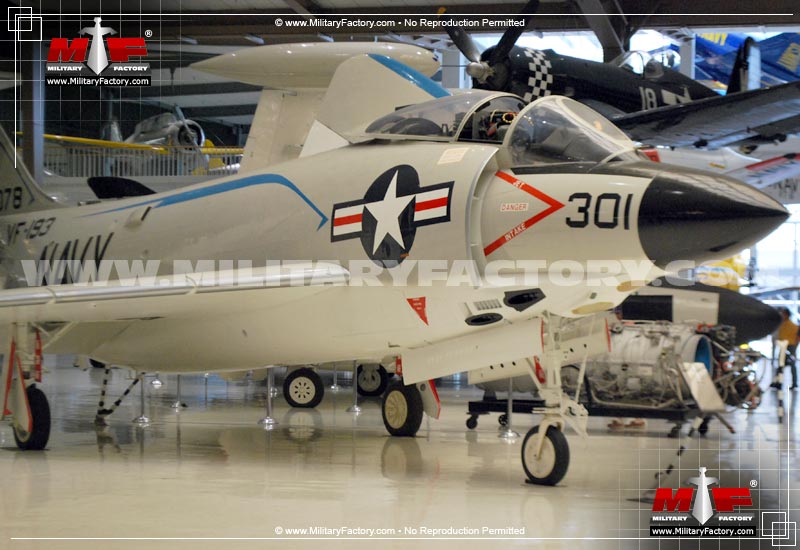 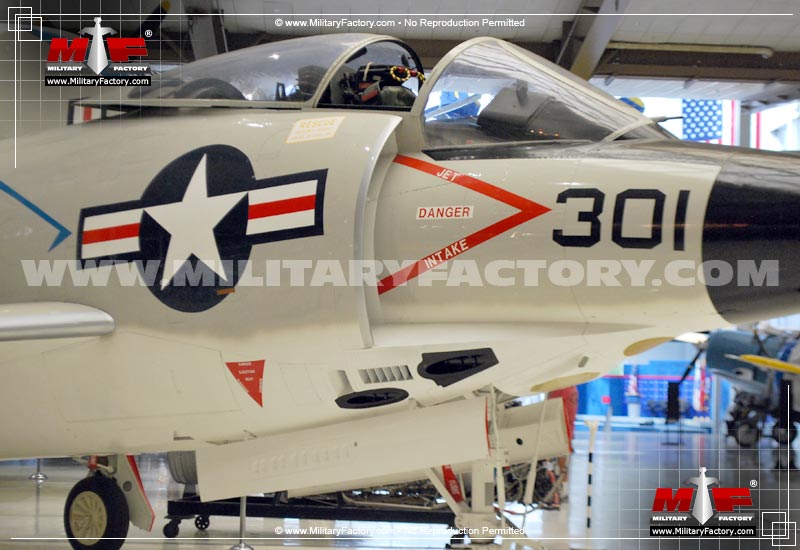 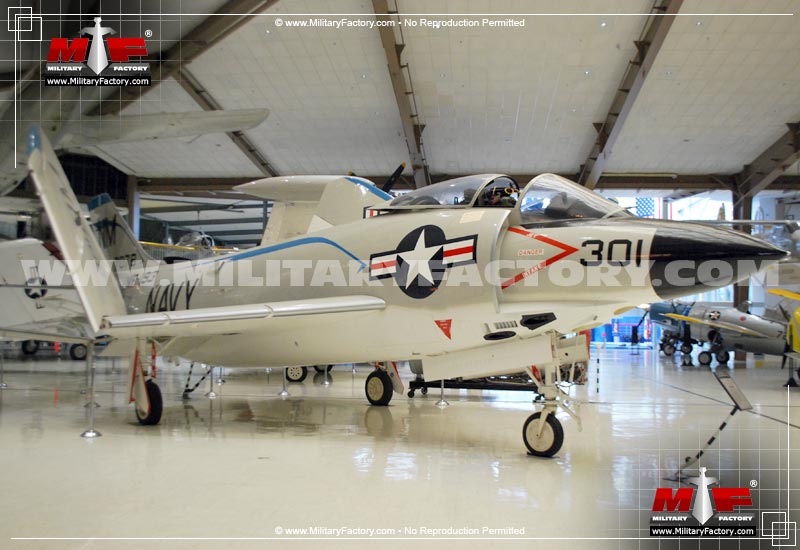 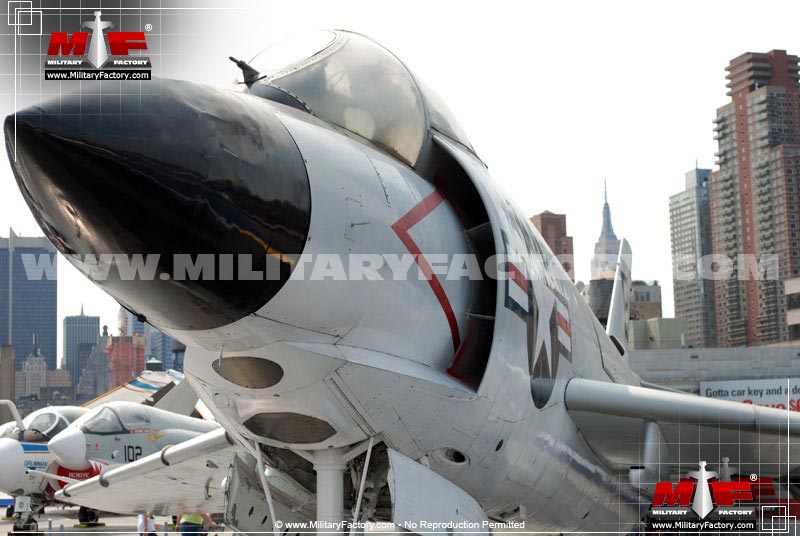 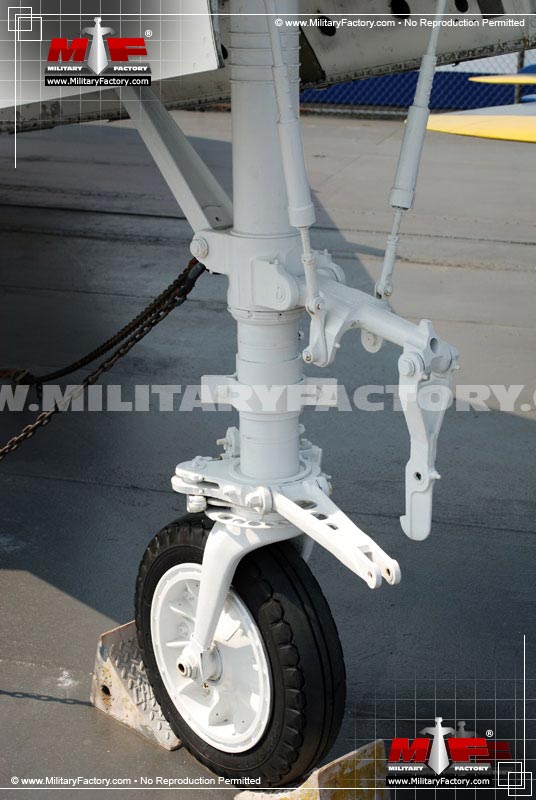 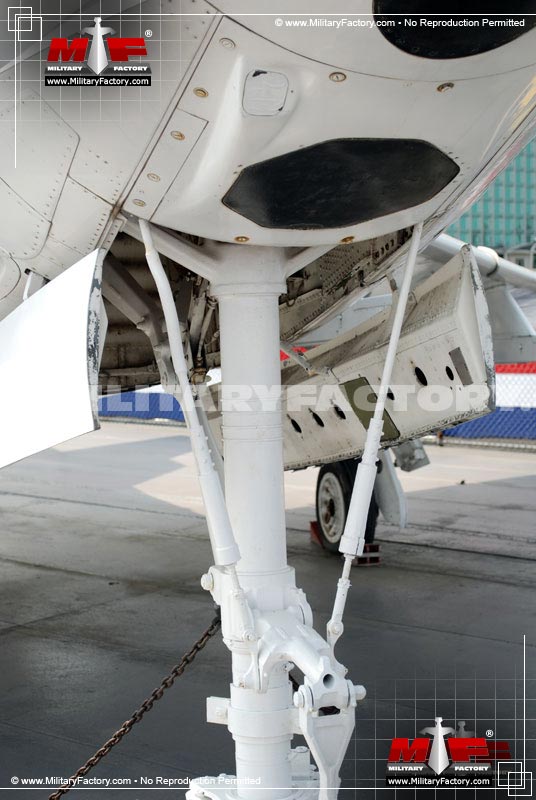 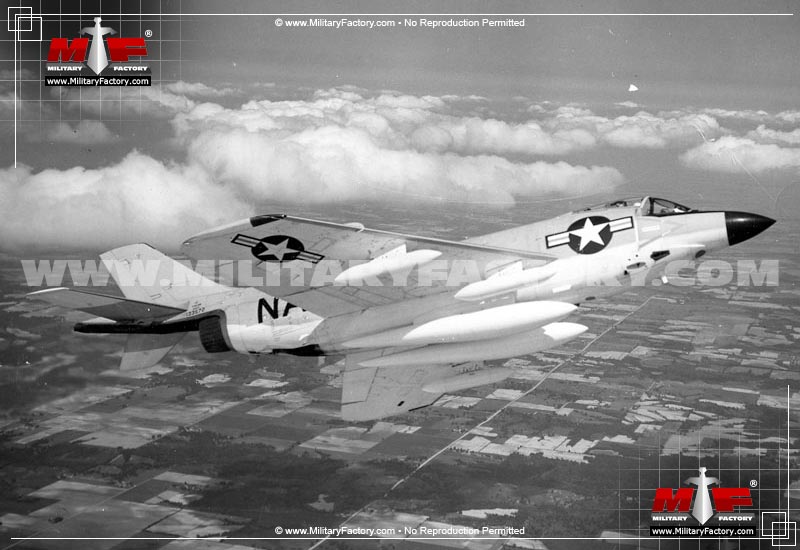 During World War 2 (1939-1945), the Japanese Mitsubishi A6M "Zero" fighter appeared and made possible a carrier-based fighter that outperformed its land-based rivals. In time, American technology and carrier doctrine allowed for a shifting of superiority in the Pacific Theater which ultimately led to the end of the war as a whole. The dawn of the jet age also ushered in an all-new generation of fighter for the United States Navy (USN) and the McDonnell concern became a longtime contributor to the service branch with various designs introduced.

First came the FH "Phantom" of 1947 and 62 examples were completed of this subsonic, straight-winged, twin turbojet-powered development. The Phantom was then followed into service by another jet-powered straight-winged type in the twin-engined F2H "Banshee". This development found greater numerical success in that 895 of the line were produced for the United States and Canada became its only foreign operator. From this work arrived an all-new development, the first by McDonnell to feature swept-back wing mainplanes, in the subsonic F3H "Demon". The Demon was adopted by the USN as a counter to the high-speed, swept-wing Mikoyan-Gurevich MiG-15 "Fagot" jet fighter introduced by the Soviet Union and developed concurrently with the Douglas F4D "Skyray", the USN's first supersonic fighter.

The Demon had roots in a 1949 initiative that sought to produce a swept-wing fighter from the outset as opposed to modifying an existing straight-winged form later on in development. A single engine configuration was selected this time around while the aircraft was to be crewed by one. The engine of choice became the in-development Westinghouse J40 which promised over 10,000 pounds of thrust output from a single source. The power of this one engine alone was seen as sufficient by USN authorities when compared to weaker twin-powered types seen previously and was to mark a new shift in USN aircraft propulsion.

"XF3H-1" was the designation allotted to the two prototypes ordered and these ultimately came equipped with the Westinghouse XJ40-WE-6 turbojet engine though it offered only 6,500 lb of dry thrust and 9,200 lb with afterburner - far below the promised operating figures. The engine never truly shined and made the Demon underpowered while showing itself to be largely unreliable - it had its own development terminated in 1955.

Nevertheless, the USN was in need of high-performance, frontline fighters and continued to push the F3H program along. This resulted in the initial "F3H-1N" production model which continued with the Westinghouse J40-WE-22 engine of 7,200 lb thrust (10,900 lb with afterburner). Fifty-eight of this mark were produced but only 35 carried the J40. At least four airmen lost their lives to these early machines. With the end of the J40 engine project and the subsequent grounding of the active F3H-1N fleet, the proposed "F3H-1P" photo-reconnaissance variant was not followed up on.
Advertisements

As the Demon's airframe was too small to fit any larger, more current and proven jet engine, the next batch of production fighters were delivered with the Allison J71 turbojet. This resulted in the "F3H-2N" designation covering some additional 239 aircraft. The J71 was more powerful than the Westinghouse it replaced and was far more reliable in service.

The F3H-2M was brought online to support 4 x AIM-7 "Sparrow" medium-ranged Air-to-Air Missiles (AAMs), two under each wing. Only later was support for the AIM-9 "Sidewinder" short-ranged AAM series included with the usual arrangement of two of each missile carried. A further 239 were acquired as "F3H-2" fighter-bomber models cleared for carrying up to 6,000 lb of drop stores while also retaining the missile-launching qualities of the F3H-2M. The earlier F3H-2N also had a missile-launching function added.

The F3H-2P became a proposed photo-reconnaissance version of the F3H-2M but this initiative fell to naught. The F3H-3 was a more powerful version of the Demon to take the General Electric J73 engine but this design was never realized.

As completed, the Demon was of an all-modern appearance with its pointed nosecone, near-slab-sided fuselage walls and beautifully swept-back wing surfaces. The wing mainplanes were low-mounted along the fuselage sides and featured rounded tips. The tail unit was raised to allow clearance for the jet exhaust port underneath. The tail consisted of a single vertical fin and low-set horizontal planes. The engine, buried within the mid-aft section of the fuselage. was aspirated through two intake slits found along either side of the cockpit. The pilot was given a commanding view of the action ahead, his vision largely unobstructed forwards and to the sides. A tricycle undercarriage was fitted for ground running and the long nose leg gave the aircraft a pronounced "nose-up" appearance when at rest. The wing mainplanes held a hinged feature which allowed for folding aboard space-strapped American carriers. Standard, fixed armament comprised 4 x 20mm Colt Mk 12 cannons (some versions removed a pair as a weight-saving measure).

Demons were equipped with an ever-progressing line of AN/APG-51 radar which allowed for its all-weather interception capability.

The F3H series was a USN frontline fighter from 1956 until 1962 and provided a useful all-weather, missile-carrying counter to enemy aircraft threatening the American carrier force. By this time, the line was technologically outmoded and ultimately succeeded by the stellar Mach 2-capable McDonnell F-4 "Phantom II" series which could undertake all manner of mission types including ground attack and interception while carrying a hefty war load. The Phantom II, and the McDonnell F-101 "Voodoo", were influenced some by the F3H Demon design - hence some similarities in appearance between the three aircraft. The Phantom II was, indeed, born from an F3H endeavor known as the "Super Demon".

The 1962 restructuring by the USAF led to a redesignation of all in-service Demon marks (see variants listing). The F3H was retired in 1964.
Advertisements