The Cessna T-37 Tweet proved itself a popular jet-powered trainer for many world air forces for its time in the air - over 1,200 were produced.

Authored By: Staff Writer | Last Edited: 02/21/2018 | Content ©www.MilitaryFactory.com | The following text is exclusive to this site. 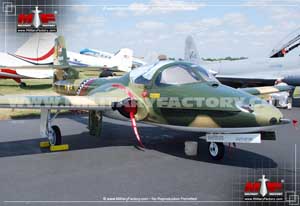 The Cessna T-37 came about through a new United States Air Force (USAF) requirement calling for a lightweight, two-seat, jet-powered training platform under the "Trainer Experimental (TX)" program name of 1952. Cessna threw its hat into the ring and developed their "Model 318" which sat its twin turbojet propulsion scheme at the wingroots, featured a conventional single-finned tail arrangement and positioned its two crew in side-by-side seating. Wings were low-mounted monoplanes designed as straight appendages with clipped tips. A tricycle undercarriage rounded out the modern features. In 1954, the USAF moved ahead with the Cessna Model 318 design as the "XT-37" with three flyable prototypes ordered.

XT-37A designated the finalized prototypes featuring a pair of Continental YJ69-T-9 series turbojet engines. The engines were nothing more than local, license-produced copies of the French Turbomeca "Marbore" series engines - the same used to power the French-built Fouga "Magister" trainers (detailed elsewhere on this site). These units provided 920 lb of thrust output each and, coupled with the aerodynamically refined airframe, provided the nimble little aircraft with good performance. Speeds reached 390 miles per hour in testing and closer to 425 mph on later production aircraft. The program suffered a setback when the first prototype crashed during spin action and this led to modifications of the airframe and tail unit as a result - though spin recovery would remain a sticking point for the design for its entire career.

The T-37A "Tweet" followed as the initial production model to which 534 of the types were built (J69-T-9 engines fitted). The USAF began taking the aircraft on in June of 1956 for training purposes through the T-37A model where the aircraft was really put through its paces but generally regarded as a good, strong platform to fly by pilots. Since the aircraft operated under a USAF-mandated 25,000 foot ceiling, no pressurization was used for the cockpit. The USAF endorsement ultimately led to the line being adopted as a trainer and light attack aircraft with other American-allied air services around the world.
Advertisements

T-37B continued the line but with J69-T-25 engines (1,025 lb thrust output each) and were given improved communications and navigation fits. These arrived in 1959. T-37C included an inherent light attack function through underwing pylons (one per wing) and 269 of this mark were produced. External stores could total up to 500 lb.

XAT-37D was a proposed counter-insurgency model with light attack capability. Two prototypes were completed but serial production not had. YT-48A was a proposed T-37 development to be fitted with a pair of Garrett F109-GA-100 engines but this model was not pursued.

The United States Air Force did not find a true successor to the T-37 until the arrival of the Beechcraft T-6 "Texan II" (detailed elsewhere on this site). The Texan II was a shift away from turbojets and back to a piston-powered form. The last USAF T-37 was retired in July 2009 after 1,269 examples ad been built by Cessna. The A-37 "Dragonfly" (also known as the "Super Tweet") of 1963 was one of its more notable offshoots, 577 built to a light ground-attack aircraft specification for several air services including the USAF. These witnessed combat action in the Vietnam War (1955-1975).

Current operators of the T-37 line include Colombia, Ecuador and Pakistan. Former operators range from Bangladesh and Brazil to Turkey and Vietnam. Vietnamese forms were captured from South Vietnam following the Vietnam War.
Advertisements

(Showcased performance specifications pertain to the Cessna T-37B Tweet production variant. Compare this aircraft entry against any other in our database or View aircraft by powerplant type)
None for true trainer versions. Some outfitted with 2 x 250 lb conventional drop bombs (mainly "C" export model). 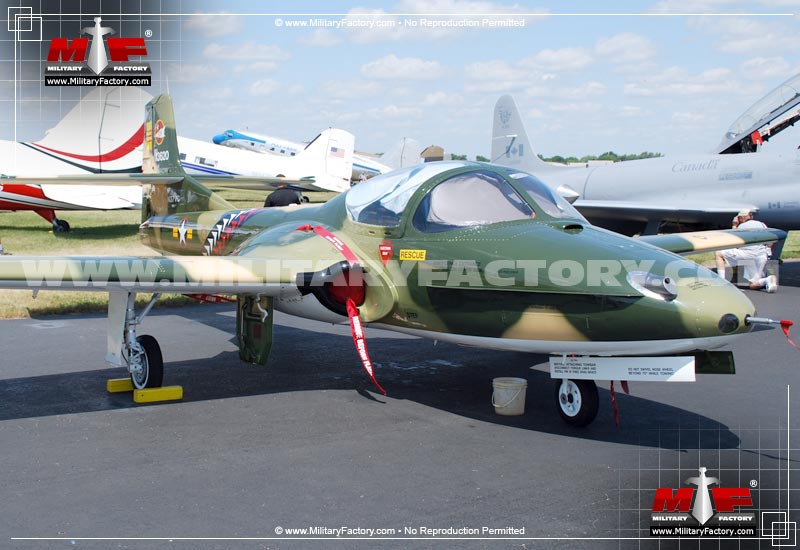