The Mi-4 Hound utility helicopter was a direct Soviet response to the successful American H-19 Chickasaw series - of which it clearly shares outward similarities with.

Authored By: Staff Writer | Last Edited: 02/20/2020 | Content ©www.MilitaryFactory.com | The following text is exclusive to this site. 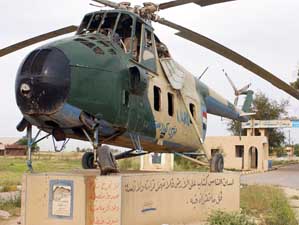 In keeping pace with developments emerging in the West following the close of World War 2 (1939-1945), the Soviet Union invested heavily in the field of rotorcraft, resulting in the Mil Moscow Helicopter Plant becoming instrumental in bringing about capable helicopters for the various military and civilian market services of the Empire. This line of products went on to include the "Mi-4" which saw its first-flight on June 3rd, 1952, was introduced for service the following year, and saw production reach over 4,000 units include those completed as Z-5s by Harbin of China during the Cold War period. The Mi-4 is out of active, frontline service today (2020).

To the West, the Mi-4 was designated "Hound" and known to the United States Air Force (USAF) as the "Type 36". For the Soviet Army, it proved instrumental in laying down the groundwork for an effective future rotorcraft fleet, eventually being succeeded by such types in same roles as the more capable Mi-8 ("Hip").

Roots of the Mi-4 go back to the dark days of the Korean War (1950-1953) which proved, beyond doubt, that there was a place for helicopters on the modern battlefield. For the USAF, this resulted in a myriad of programs enacted during the post-World War 2 period bringing online such classic designs as the globally successful Sikorsky H-19 "Chickasaw" - a multi-mission performer which went on to see 1,728 units completed (and evolved to become the "H-34") with use worldwide.

In true Soviet style, the Mi-4 certainly borrowed the appearance and general configuration of the American design complete with elevated, side-by-side cockpit set atop a very deep fuselage and aft of a rounded, short nosecone. Overhead sat a three-bladed main rotor atop a short mast while a three-bladed tail rotor was positioned at the tail facing to the starboard side. Internally, beyond the crew of two, the helicopter could ferry sixteen combat-ready troops or up to 3,530lb of cargo. Empty weight reached 11,245lb with an MTOW rated at 16,645lb. The vehicle sat atop a distinct wheeled, four-legged undercarriage arrangement (again, similar to that of the H-19).

As in the American H-19, power was from a single air-cooled, radial piston engine coming in the form of the Shvetsov ASh-82V 14-cylinder developing 1,680 horsepower and used to drive both the main rotor and tail rotor. Maximum speed reached 115 miles-per-hour while range was out to 310 miles and its service ceiling maxed at 18,000 feet. Faster and flying higher than its American counterpart, the Mi-4 was limited in its operational range.

Like the H-19, the Mi-4 found success on the world stage through a plethora of operators from Afghanistan and Albania to Vietnam and Yugoslavia. The Indian Air Force relied on it heavily during the 1960s and 1970s, particularly in its actions against neighboring Pakistan. The inherent flexibility of the machine was notable for it could be used in the transport and gunship roles as needed. The last frontline units served with Albania into the mid-2000s and variants of the line proved plenty.

The prototype was marked as the V-12 and initial production models became Mi-4 ("Hound-A" to NATO). The Mi-4A was a specially configured assault transport model followed by the Mi-4AV armed platforms that included support for rockets, bombs, and incendiaries. Some 185 examples were converted to this standard - see the variants listing for a complete showcase.

(Showcased performance specifications pertain to the Mil Mi-4A production variant. Compare this aircraft entry against any other in our database or View aircraft by powerplant type)
OPTIONAL:
4 x Rocket Pods or conventional drop bombs. 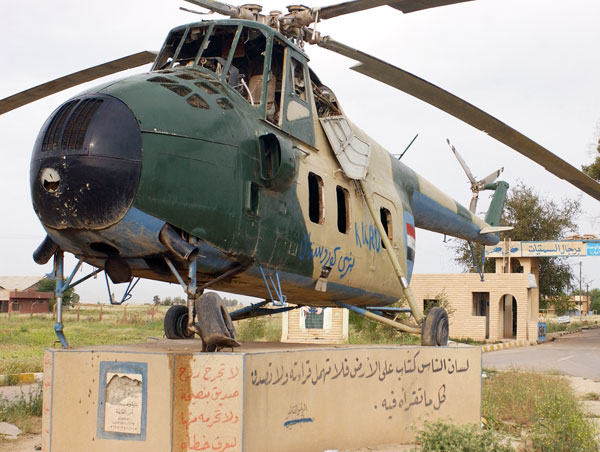 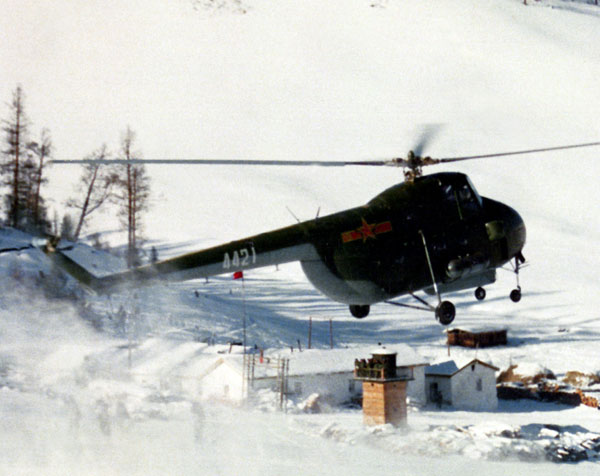 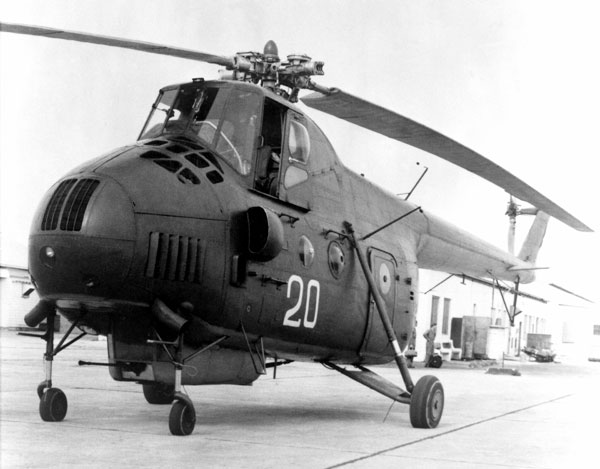