Authored By: Staff Writer | Last Edited: 12/24/2020 | Content ©www.MilitaryFactory.com | The following text is exclusive to this site. 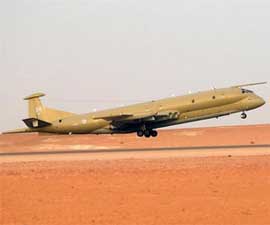 For much of the Cold War period (1947-1991), the British Royal Air Force (RAF) relied on the BAe / Hawker Siddeley "Nimrod" for its maritime patrol needs. The aircraft was developed around the existing framework of the de Havilland "Comet" passenger airliner and outfitted with applicable equipment for the over-water patrol role. The original program was handled by Hawker Siddeley and completed by BAe Systems. A total of 49 airframes and two prototypes were part of the Nimrod program for the RAF.

The Nimrod came about as a replacement for the aging, World War 2-era piston-powered Avro Shackleton (detailed elsewhere on this site). This aircraft was tasked with maritime patrol of coastal waters and general reconnaissance duties which proved critical to the West in the post-World War 2 period as the Soviet fleet was a considerable power on the high seas - particularly the submarine force. As such the Nimrod was developed with Anti-Submarine Warfare (ASW) in mind and became a major upgrade from the wartime Shackletons they replaced.

The specification was released on June 4th, 1964 and the Comet 4 airframe was selected for modification to the Nimrod standard. A prototype recorded a first-flight on May 23rd, 1967 and two prototypes were ultimately completed for this project phase. Other competing airframes were the French Breguet Atlantique, the American Lockheed P-3 Orion and Britain's own Vickers VC10. Following the requisite testing and evaluation period, the series was launched by way of introduction on October 2nd, 1969 to begin an excellent service career that would span several decades.

Among the more important of the changes applied to the Comet was installation of turbofan engines from Rolls-Royce which took the place of the original underpowered, thirsty turbojets. The nose assembly was reworked to accept the intended radar fit and an internal weapons bay added for ordnance. The tail unit carried the Electronic Warfare (EW) system and a boom housed the Magnetic Anomaly Detector (MAD) used to help locate naval threats. As designed, the Nimrod would be crewed by up to thirteen and have space for up to twenty-four total personnel. Overall length was 126.8 feet with a wingspan of 114.9 feet and a height of 31 feet. Empty weight was 86,000lb against an MTOW of 192,000lb.

Power was from 4 x Rolls-Royce Spey turbofan engines developing 12,160lb of thrust each. These engines were embedded within the wing mainplanes themselves, promoting good aerodynamic efficiency (and also reducing the aircraft's radar cross-section), and took in air from oval intakes at the wing leading edges and exhausted at the wing trailing edges. Performance of the aircraft included a maximum speed of 575 miles per hour, a cruising speed of 490 miles per hour, a range out to 5,750 miles and a service ceiling of 44,000 feet.

No conventional guns were fitted for self-defense. However, underwing stations and an internal bay provided an offensive capability when attacking ships and submarines. Up to 20,000lb of munitions could be carried aloft and this could be a mix of anti-aircraft, anti-ship and anti-submarine munitions. Depth charges (including nuclear types) as well as naval mines and torpedoes (Mk 46) could also be added to the mix. The Nimrod also had the capability to release sonobuoys as needed during acoustic searches for enemy submarines.©MilitaryFactory.com
Advertisements

Successful development of the aircraft from its Comet guise led to an RAF commitment of 46 initial Nimrod MR.Mk 1 models. The first was accepted into service during October of 1969. Fitted with an array of anti-ship and reconnaissance equipment, the Nimrod also carried bombs and torpedoes as a particular mission set required. Later versions were given additional hardpoints (external) to field even more potent air-to-air/air-to-surface missiles and mine dispensing munitions.

The R.Mk 1was a SIGnals INTelligence (SIGINT) model built from three Nimrod frames. The crew numbered four and some 25 specialists were carried to work the equally-specialized equipment onboard. The R.Mk 1 models lacked the MAD boom prevalent in the MR.Mk 1 models.

The MR.Mk 2 was brought online in 1975 and built up from the existing MR.Mk 1 fleet through 35 examples. The electronics fit on these aircraft was vastly upgraded from the original models and a newer, more powerful radar was installed. These began service in August of 1979. The MR.Mk 2P was an off-shoot that included an in-flight refueling capability (debuted during the Falklands war with Argentina). The missile-minded form became the MR.Mk 2P(GM) used in the 1991 Gulf War.

The AEW.Mk 3 was developed as a potential Airborne Early Warning (AEW) platform and numbered eleven planned conversions of existing Nimrods. Appropriate radars would be fitted for the role but the program proved cost-prohibitive and was dropped in favor of acquiring Boeing E-3 Sentry aircraft from the Americans.

The final major model of note was the proposed MRA.Mk 4 which intended to improve on nearly every facet of the MR.Mk 2 fleet. Again, cost came into play and the project was canceled in the 2010 defense review. The MRA.Mk 4 was to have a base crew flight crew of two with seven specialists in designated roles. There would be up to thirteen relief crew members onboard as well for extended flights, allowing the Nimrod to fly missions exceeding 15 hours, extending the eyes and ears of coastal defense for as long as need be.

The Nimrod series went on to see direct combat actions in the Falklands War (1982), the Gulf War (1991), Operation Enduring Freedom (2001-2014) and Operation Iraqi Freedom (2003-2011). Beyond this the line was an excellent Search and Rescue (SAR) platform throughout its service life. Six operational squadrons were stocked with the Nimrod along with a training and a trials unit. Few exist as museum showpieces today.

Retired from active service on June 28th, 2011, the British moved on without a viable maritime patroller until the RAF committed to the Boeing P-8 Poseidon in July of 2016. Delivery of machines is expected sometime before the end of the decade.©MilitaryFactory.com
Note: The above text is EXCLUSIVE to the site www.MilitaryFactory.com. It is the product of many hours of research and work made possible with the help of contributors, veterans, insiders, and topic specialists. If you happen upon this text anywhere else on the internet or in print, please let us know at MilitaryFactory AT gmail DOT com so that we may take appropriate action against the offender / offending site and continue to protect this original work.
Advertisements 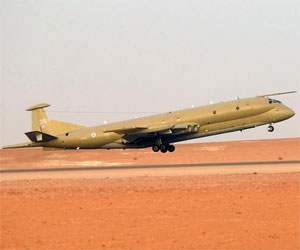 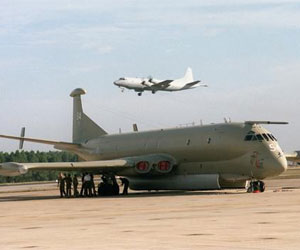 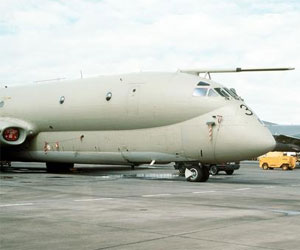 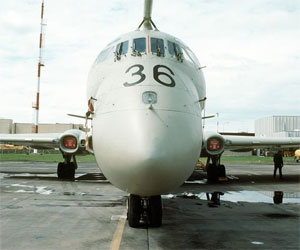 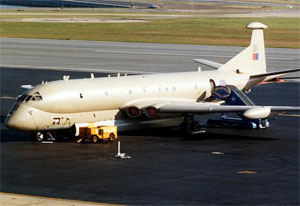