The Gloster Javelin was the very last aircraft to be produced by the renowned Gloster company.

Authored By: Staff Writer | Last Edited: 06/18/2017 | Content ©www.MilitaryFactory.com | The following text is exclusive to this site. 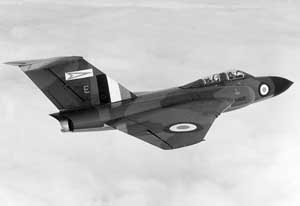 The Gloster Javelin was the first twin-engine delta-wing jet fighter design to take up service with any one air force. The system would also become the United Kingdoms first all-weather day or night fighter and the very final production design of the fabled World War Two powerhouse company Gloster.

The Javelin was a twin-seat turbojet fighter designed to fulfill the role of all-weather interception for the Royal Air Force. The system was produced as far back as 1948 but not fielded till 1956. In between that time, three prototype and pre-production aircraft were lost in maneuvers that prompted a complete redesign of the aircraft. By designs end, the system would be fielded with an all-delta wing surface structure fitted to two Armstrong Siddeley Sapphire turbojet engines with a dominant tailplane section consisting of a high-mounted elevator assembly with rudder.

At the time of production, the Javelin was one of the most technologically advanced aircraft of the day. The ability for the system to be able to see and attack in any weather, day or night, was quite an advantage when fielded against lesser foes. Armed with a conservative array of 2 x 20mm cannons, the system would have to wait until the FAW.Mk 7 in 1958 to see the implementation of air-to-air infra-red homing missiles, completing the transformation of the post-world war design to a more contemporary fighter. Variants later, the Javelin system would be fielded with an inflight refueling probe and drop tanks that would impressively increase the overall combat radius of the aircraft.

As it stood, the Javelin maintained a successful service record, being fielded by as many as 14 squadrons in the Royal Air Force alone. The system would see production until 1967, by which time the Javelin would be replaced by more modern turbojet and turbofan fighters - ultimately closing the book on one of the most successful aviation companies in history.
Advertisements

(Showcased performance specifications pertain to the Gloster Javelin FAW.Mk 1 production variant. Compare this aircraft entry against any other in our database or View aircraft by powerplant type)
STANDARD:
2 x 30mm cannons 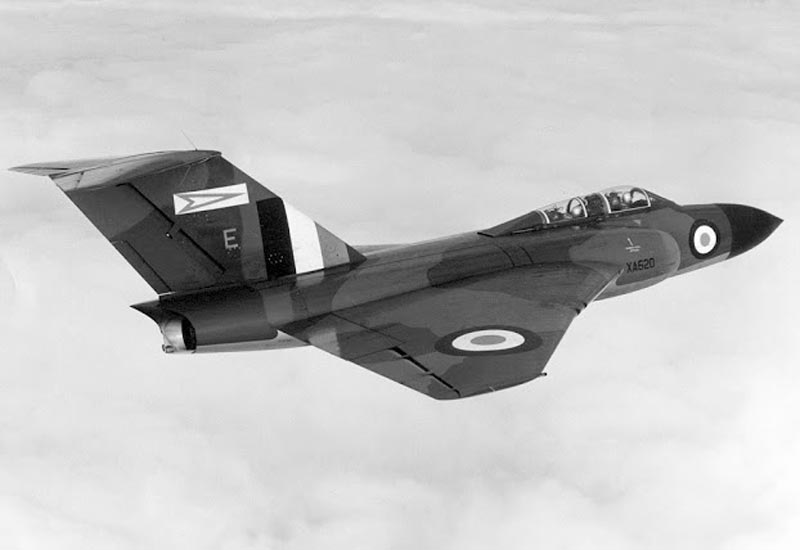 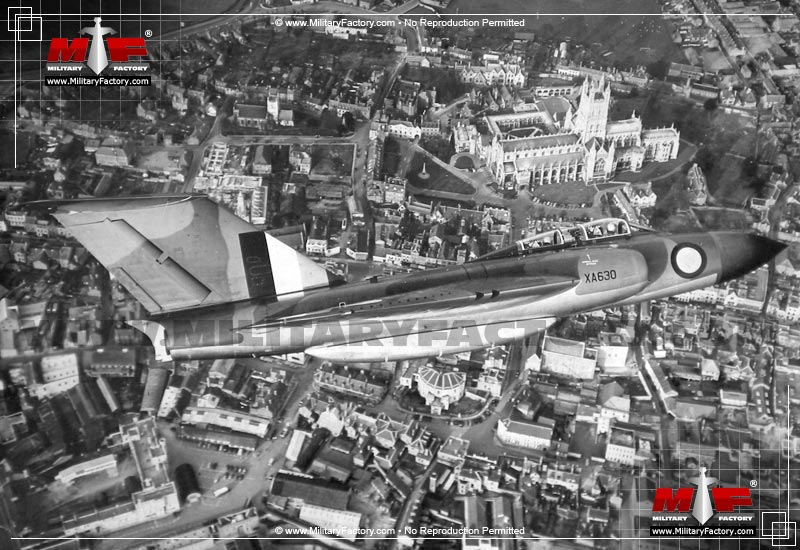