South Africa joined the British Royal Navy and Royal Air Force as the only operators of the excellent Blackburn Buccaneer strike bomber.

Authored By: Staff Writer | Last Edited: 09/18/2020 | Content ©www.MilitaryFactory.com | The following text is exclusive to this site. 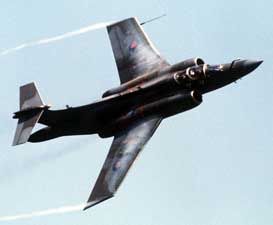 The Blackburn Buccaneer was a low-level, high-speed, carrier-borne strike aircraft utilized by the British Royal Air Force and its Royal Navy (South Africa proved the only foreign operator of the type). Designed to a Royal Navy requirement, the Buccaneer featured a crew of two seated in tandem, an internal weapons bay to complement the external stores and a tailcone that split vertically to act as a large-area airbrake. The prototype Buccaneer first flew on April 30th, 1958 and would become the lead to twenty total "NA-39" pre-production forms.

Beginning in 1962, the 40 initial production quality Buccaneers - designated as "S.Mk 1" - were delivered with de Havilland Gyron Junior 7,100lb thrust turbojet engines where as performance issues were then addressed with the 80 examples of the upcoming "S.Mk 2"mark to feature the Rolls-Royce Spey Mk 101 turbofan engine of 11,200lbs standard thrust. Blackburn Aircraft handled production of the first 10 of this type before manufacture shifted under the Hawker Siddeley Aviation brand label. Future innovations included use of rocket-assisted take-off (ROTA) for carrier operations, incorporating a Bristol Siddeley Stentor rocket motor of 8,000lbs thrust.

Overall design of the Buccaneer centered around a tubular fuselage with pointed nose cone and tapered empennage. Wings were monoplane assemblies and fitted high along the fuselage sides. The fuselage was straddled by a pair of circular engine nacelles with intakes at the front and exhaust rings at the rear. The empennage was capped by a "T" style tail assembly atop its vertical fin. The framed cockpit was well-forward in the design, offering good views of the action ahead. The undercarriage was of a conventional tricycle arrangement. An in-flight refueling probe broadened operational ranges.

As a dedicated strike platform, the Buccaneer was cleared to carry a plethora of air-to-surface weaponry including conventional drop bombs, anti-fortification missiles, anti-ship missiles and unguided rocket pods. The internal weapons bay was quite sizeable for an aircraft of this type and thusly forced external fuel pods to be utilized more often than not to help keep operational ranges acceptable. Modernization programs undoubtedly helped to extend the service life of the aircraft which held origins in the 1950s.

With the growing interest in smaller aircraft carriers for the future Royal Navy, the dimensionally large Buccaneer as a future fixture was somewhat in doubt. Beginning in 1969, the Royal Navy's Buccaneer inventory was dispersed to the Royal Air Force as S.Mk 2 production models were modified into land-based strike platforms as the "S.Mk 2A" (the RAF, now devoid of the cancelled TSR-2 bomber program, lacked a suitable replacement for its since-retired fleet of English Electric Canberras). Support for the Martel ant-radar/anti-ship missile was brought about through the "S.Mk 2B" variant for the RAF and 46 of this type existed. Existing Royal Navy S.2s were then brought up to the S.Mk 2A standard under the "S.Mk 2C" designation. Similarly, Royal Navy S.Mk 2s brought up to the S.Mk 2B standard (with Martel missile support) were designated as the "S.Mk 2D". At least 16 Buccaneers were delivered to the South African Air Force under the S.Mk 50 designation and made up 24 Squadron SAAF.

At least 12 Buccaneers were shipped to the Persian Gulf during the 1991 Gulf War. These were equipped with laser designation equipment that allowed use of laser-guided bombs for precision strikes. The platform provided high-level bombing capability for itself and other coalition aircraft (SEPECAT Jaguars and Panavia Tornados) and eventually took on 218 strike sorties in the conflict. The aircraft was formally removed from this service in February of 1991 and the last British Buccaneer was retired in 1994.

South Africa operated their Buccaneers beginning in 1965 and these were primarily served as anti-ship platforms but were also utilized in the ground attack role when necessary. As such, they could be outfitted with missiles, rocket pods and drop bombs as the situation required. Aircraft served in the Border War and were utilized to good effect while formal use of the Buccaneer by the SAAF was given up for good in 1991.©MilitaryFactory.com
Note: The above text is EXCLUSIVE to the site www.MilitaryFactory.com. It is the product of many hours of research and work made possible with the help of contributors, veterans, insiders, and topic specialists. If you happen upon this text anywhere else on the internet or in print, please let us know at MilitaryFactory AT gmail DOT com so that we may take appropriate action against the offender / offending site and continue to protect this original work.
Advertisements

Up to 7,000 lb of conventional drop ordnance including 4,000 lb carried internally. 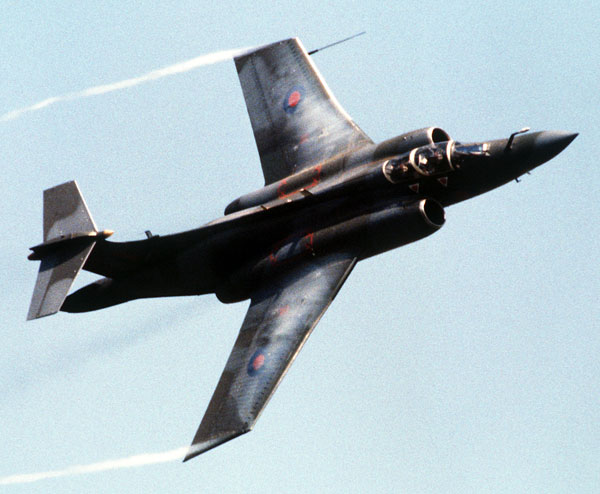 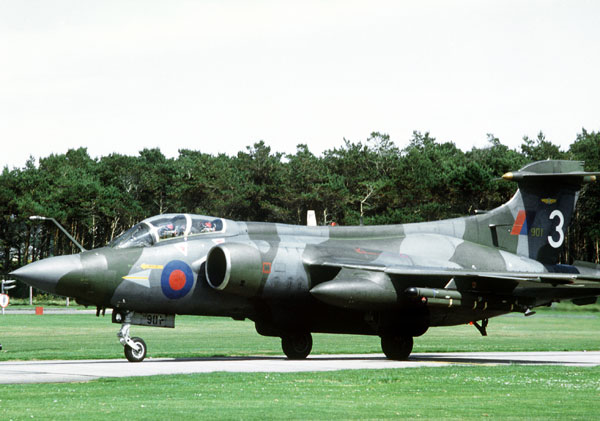 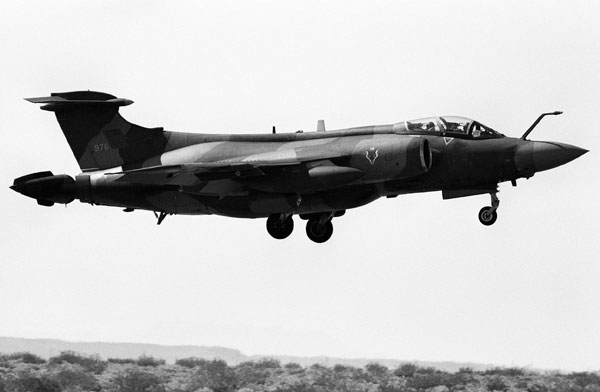