The British Bristol Blenheim lost more aircrews than any other RAF aircraft during World War 2 - yet it fulfilled roles clearly needed during the early war years.

Authored By: Staff Writer | Last Edited: 06/11/2019 | Content ©www.MilitaryFactory.com | The following text is exclusive to this site. 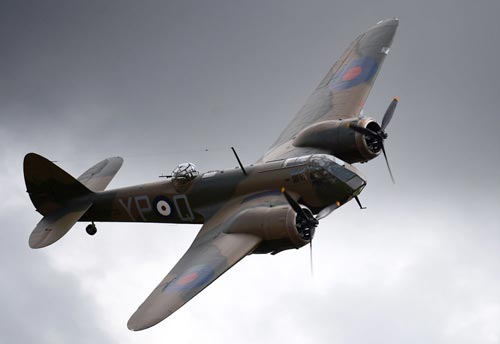 Origins of the Bristol Blenheim Light Bomber / Heavy Fighter place it in the 1930s when Lord Rothermere, owner of the "Daily Mail" newspaper, set out a challenge to produce the fastest aircraft in Europe. From this came the Bristol "Type 142" with its sleek design holding much promise. It certainly went on to impress onlookers including Royal Air Force authorities who eventually considered it for military service (indeed it proved faster that some frontline fighters of the day). Specification B.28/35 was drawn up by the Air Ministry in 1935 to cover the conversion process of the fast plane to a three-seat, twin-engined light bomber / heavy fighter form. It was known to Bristol as the "Type 142M" and named Blenheim in RAF service. An initial order of 150 in 1935 followed and this was strengthened by a 1936 order for 434 more (as the Blenheim Mk.I).

Initial users were the airmen of Squadron No.114 during March of 1937 and a stock of hundreds were available when Britain went to war in September of 1939. However, of this total many were already stationed overseas in far-off places like the Middle East and Far East so they held little value in defending the home front and in attacking Axis positions across mainland Europe. The line was continually evolved throughout its early involvement in the war and this resulted in a few more specialized designs including a night fighters and several long-range performers.

Blenheims marked the first RAF violation of German airspace in the war when a flight crossed over into enemy territory on a reconnaissance mission near Wilhelmshaven (September 3rd, 1939). The next day, Blenheims attacked German naval positions at the Elbe Estuary but this force of ten was reduced to just five returning bombers and many of the dropped ordnance failed to detonate. The aircraft was continually pushed into action despite its shortcomings and spent time in the skies above Norway, France and the Low Countries. In these environments the aircraft proved its underperforming self and lacked suitable defensive capabilities - under-powered and under-gunned she was. This led to revisions of the armament suite, namely increasing the overall machine gun count carried. On March 11, 1940, a Blenheim claimed the RAF's first sinking of an enemy submarine (a German U-Boat).

The Blenheim equipped the first night fighter unit anywhere in the world when Squadron No.25 was given the type. During the "Battle of Britain" in the summer of 1940, a Blenheim night fighter claimed the first aerial kill while carrying radar when it downed a raiding German Dornier Do 17 Medium Bomber. The series played a crucial role in the night defense of Britain proper despite its inherent deficiencies in both performance and firepower.

The series soldiered on in anti-shipping sorties across the North Sea and in daring low-altitude runs against German infrastructure when possible. Overseas units were featured in the Middle East, Far East, North African and Mediterranean theaters (including time over Greece and Crete). Finland, becoming the first export customer of the Blenheim back in 1936 (both through direct order and local, licensed production), showcased the light bomber during its wars against the Soviet Union (the "Winter War" and the "Continuation War").

The line eventually served out its usefulness and was gradually replaced from 1942 onward by such designs as the American Douglas "Boston" and British de Havilland Mosquitoes and Bristol Beaufighters. The RAF gave up use of all Blenheims as soon as 1944.©MilitaryFactory.com
Advertisements

Production began with the Blenheim Mk.I and this carried a crew of three with 2 x Bristol Mercury VIII series radial piston engines of 840 horsepower each. Armament included a 7.7mm machine gun fixed to the port side wing mainplane and a 7.7mm (Vickers K) machine gun at a dorsal turret emplacement. Internally the aircraft could haul a war load of 1,000lb. Production resulted in 1,552 units built to the standard.

The Blenheim Mk.IF followed and this was evolved along the lines of a night fighter. Even as the original Mk.I bomber was being introduced back in 1937, the design was already losing out to newer aircraft - it carried an inadequate bombload for its role as a bomber and lacked the offensive punch to be considered a useful heavy fighter. As such it was outfitted with AI Mk.III or Mk.IV series radar and had its armament improved to 4 x 7.7mm machine guns all fitted to a ventral gun pack. A stock of about 200 Blenheim Mk.I bombers were converted for the night fighter role featuring this equipment. The aircraft were in action before the end of 1940 but were nothing more than interim night fighters at best.

The Blenheim Mk.II was developed as a long-range reconnaissance platform and given extra fuel stores as a result. However this mark was not adopted for serial production and only one example was ever completed.

The Blenheim Mk.IV was introduced as an upgraded model and featured 2 x Bristol Mercury XV radial piston engines of 905 horsepower each as well as the definitive lengthened, stepped nose section. The 7.7mm machine gun in the port side wing was retained but two 7.7mm machine guns now adorned the dorsal turret. A pair of remotely-controlled 7.7mm machine guns were fitted just under the nose (though sometimes a single gun was installed), rear-facing to engaging an potential trailing enemies. Armor protection was added to increase crew and aircraft survivability. The crew numbered three. The bomb load remained 1,000lb while an externally-carrying capability (eight hardpoints) could add 320lb more. 3,307 of this mark were produced making it the definitive variant of the series.

Introduced into service with the RAF in 1939, the Mk.IV form quickly superseded the once-highly-touted Mk.I series models.

The Blenheim Mk.IVF became a long-range heavy fighter and was armed similarly to the Mk.IF night fighter (4 x 7.7mm machine guns to a ventral gun pack). Mk.IV models served as the basis and were modified to the Mk.IFV standard through 60 examples.

The Blenheim Mk.V became the final production form of this aircraft series and was used in the high-altitude bomber role. Power came from a pair of Bristol Mercury XV or XXV series radial piston engines.

In all, 4,422 Bristol Blenheims of all marks were produced including 44 from Yugoslav factories (by Ikarus) and 55 by Finland. Canadian factories (Bristol Fairchild) outputted 626 of the related "Bolingbroke" bombers from 1939 to 1943. The final frontline aircraft was not retired until 1956 by the Finns. The Bristol Beaufort (introduced in 1939) was an off-shoot of the Blenheim and 1,821 were produced in the UK and Australia.©MilitaryFactory.com
Note: The above text is EXCLUSIVE to the site www.MilitaryFactory.com. It is the product of many hours of research and work made possible with the help of contributors, veterans, insiders, and topic specialists. If you happen upon this text anywhere else on the internet or in print, please let us know at MilitaryFactory AT gmail DOT com so that we may take appropriate action against the offender / offending site and continue to protect this original work.
Advertisements

OPTIONAL:
Up to 1,200 lb of internal and external stores carried (conventional drop bombs). 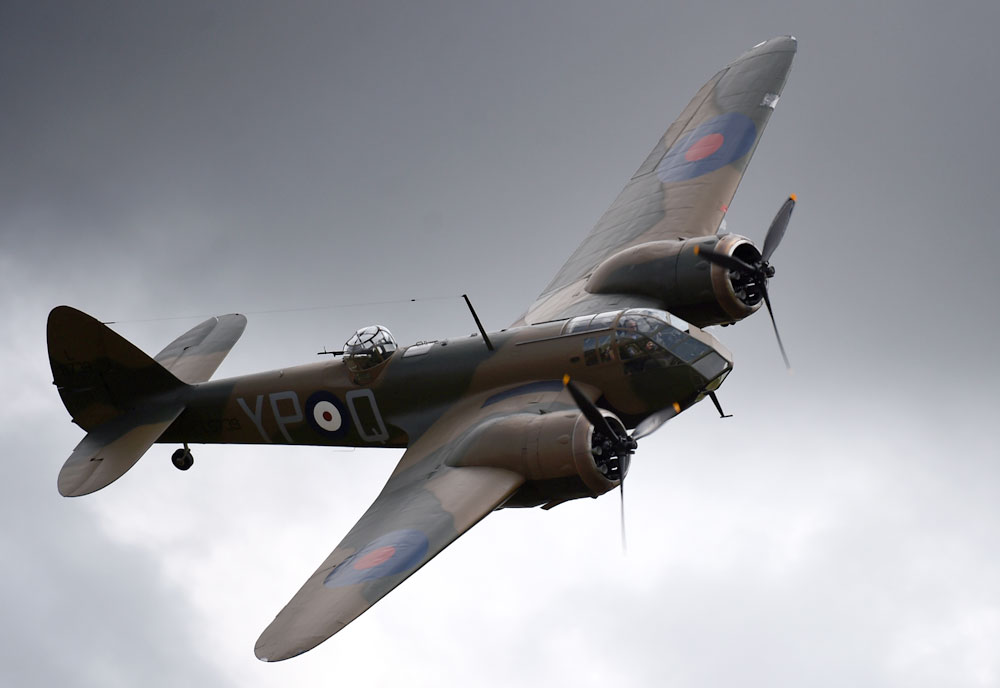 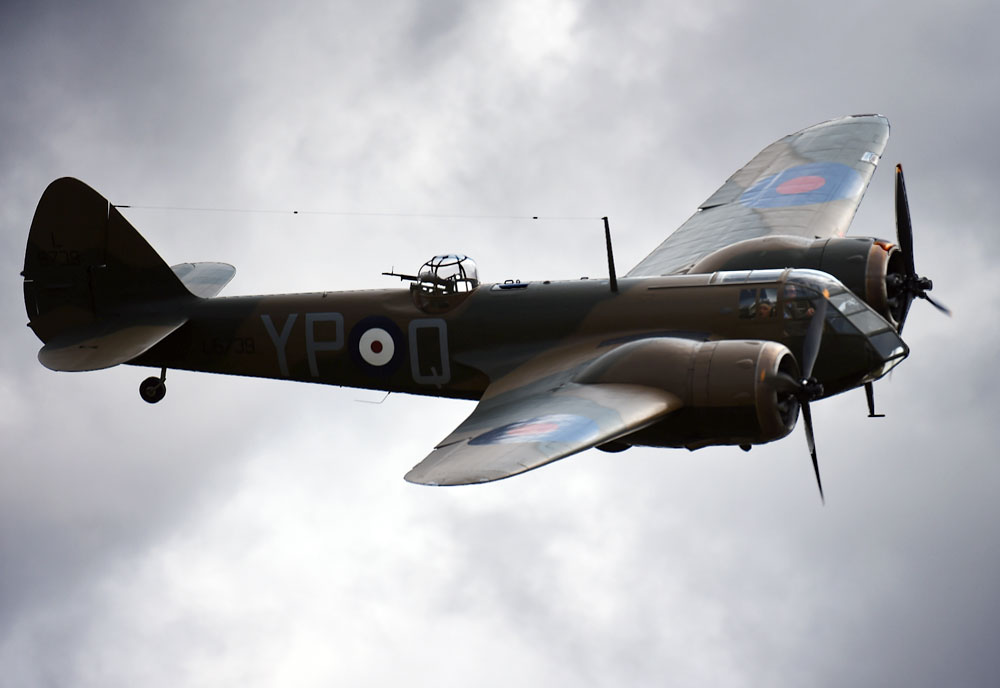 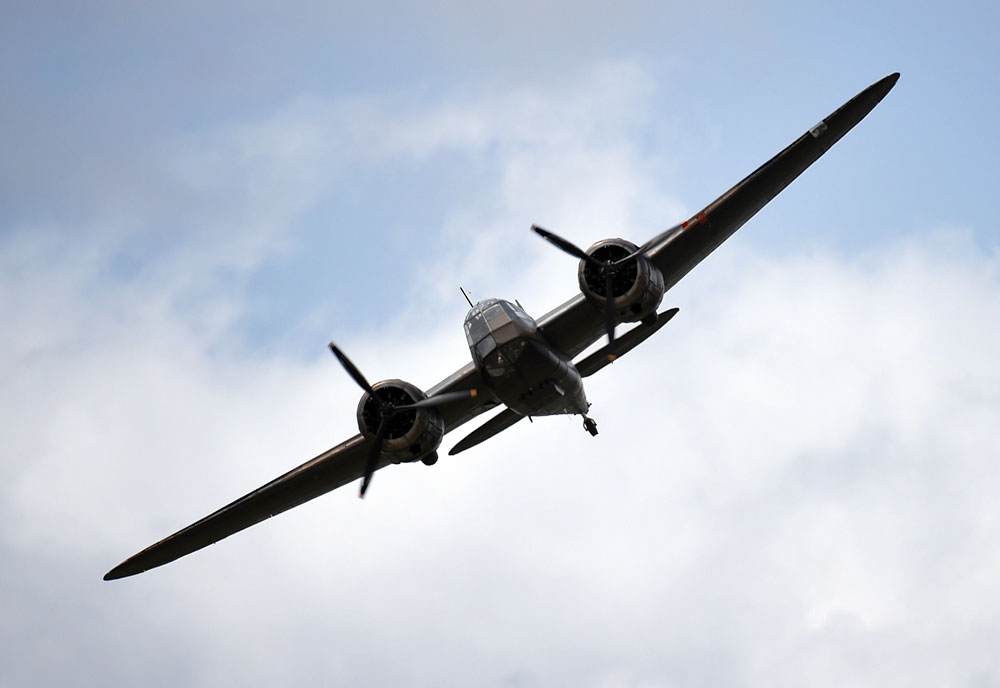 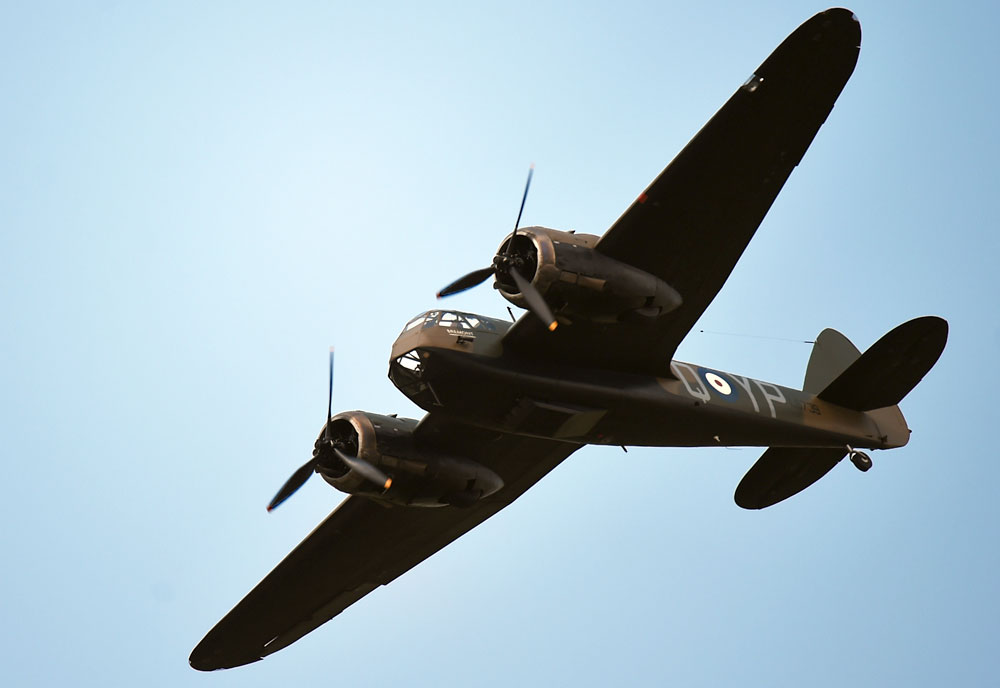 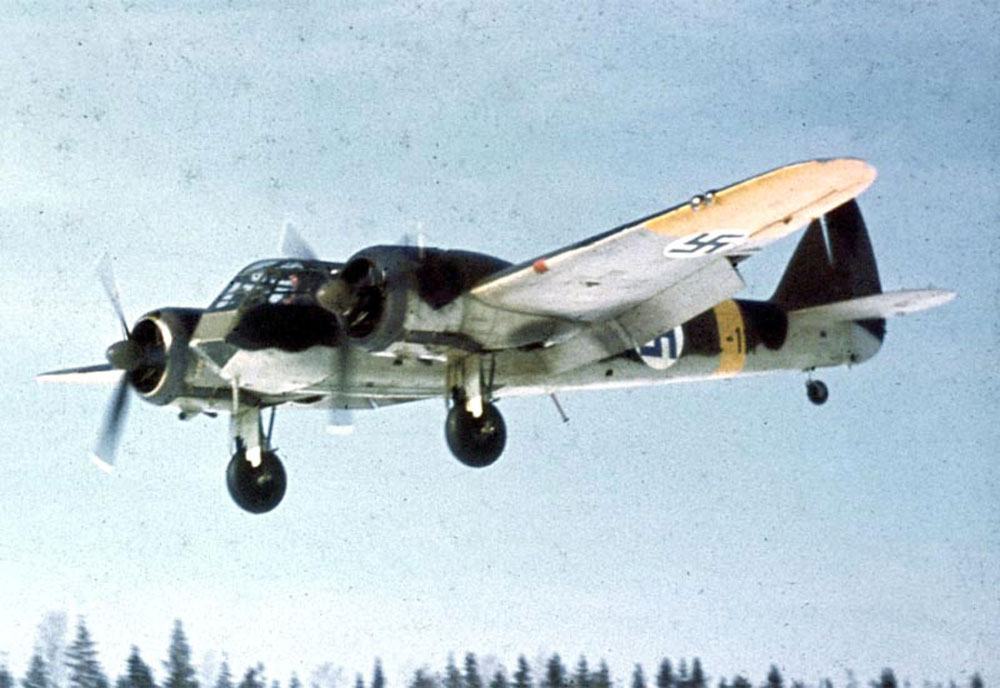