The Kaman SH-2 Seasprite series found a home in the ranks of the United States Navy beginning in late 1962.

Authored By: Staff Writer | Last Edited: 02/19/2018 | Content ©www.MilitaryFactory.com | The following text is exclusive to this site. 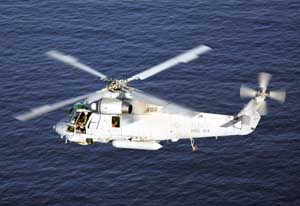 The Kaman SH-2 Seasprite helicopter has served a lengthy and respected career in the navies of several nations across the globe though most notably the system has been associated with its service through the United States Navy. She began life as a utility-minded system charged with the rescue of downed airmen at sea but her role was substantially evolved to that of submarine hunter while in the middle of her tenure. At least 200 examples of this navalized multi-mission helicopter were produced with many converted or upgraded to other more potent and useful forms.

The Need and Development

In 1956, the United States Navy (USN) came calling for an all-weather, multi-role, ship-based helicopter. After evaluation of available submissions, the Kaman Aircraft (Kaman Aerospace Corporation of Bloomfield, Connecticut) model K-20 was selected for further development and a contract was drawn up n 1957. The model K-20 was powered by a single engine (this a General Electric T58-8F turboshaft) and sported a conventional helicopter design utilizing a four-blade main rotor and a four-blade tail rotor, the latter facing out of the portside of the aircraft's tail unit. Kaman to delivered four K-20 YHU2K-1 prototypes for evaluation and these were subsequently followed by twelve production-quality models. A lengthy period covering various trials surrounded the YHU2K-1s, the process helping to work out any major (and minor) kinks in the design for helicopters generally tended to require more in the way of testing than her fixed-wing counterparts. First flight was achieved on July 2nd, 1959. The system was then assigned the production designation of "HU2K-1 Seasprite" and officially began appearing in the USN inventory in December of 1962. By this time, the American aircraft designation system had changed, revising the designation of just about every aircraft in inventory - be they USAF, USN or USMC in nature. As such, the HU2K-1 now became known as the "UH-2B Seasprite". Similarly, the follow-up production HU2K-1U now became known as the UH-2B.

Despite its conventional layout, the Kaman Seasprite (using an SH-2F as our visual model) still maintained a decidedly unique appearance when compared to the helicopters of the USN before and after the Seasprite's inception. There was a noticeable cylindrical fitting under the cockpit floor containing applicable sensors. She featured a short nose assembly just ahead of the windowed cockpit. The cockpit was crewed by two personnel seated in a side-by-side arrangement with redundant controls. Entry doors were positioned along both sides of the forward cockpit with access granted by sliding these systems towards the rear. In all, there was a standard crew of three personnel made up of the pilot, co-pilot and the Sensor Operator (SENSO). The co-pilot doubled as the Tactical Coordinator (TACCO). The crew cabin was situated directly behind the cockpit and made up a large portion of the fuselage interior. Windowed access doors slid open to allow passengers and specialists entry/exit. In its dual-engine configuration (beginning in 1968), the twin powerplants were mounted high atop the crew cabin area with each engine fitted to the rotor base housing sides. The engine nacelles were tubular and ran the length of the crew cabin ceiling. The empennage was held by a stout tail assembly capped by a single vertical tail fin. There was a horizontal plane fitted low to each side of the tail fin. The main rotor sported a four-bladed design while the tail rotor - set to the portside of the aircraft at the extreme top of the vertical tail fin - featured four blades. The undercarriage was retractable (to an extent) and made up of two main landing gear legs, these with a double-tired arrangement, and a single-wheeled tail wheel leg fitted at the base of the empennage. The main legs retracted into and under the fuselage sides while the tail wheel leg remained static. Specialized surface warfare equipment and weaponry could be carried along the two stub pylon hardpoints fitted to each fuselage side (below and just behind the crew cabin doors).

Once her mission scope had been broadened from the initial Search & Rescue functions, the Seasprite was cleared to field a pair of Mk 46 or Mk 50 torpedoes for anti-submarine work. Those Seasprites not in service with the USN made use of anti-ship and other air-to-surface missiles in a like role. One particular Search & Rescue model was even fitted with a chin-mounted minigun emplacement.
Advertisements

Though her powerplant continually evolved during her lifetime, all were the General Electric brand of turboshaft engine. The UH-2A was fitted with a single T58-GE-8B series turboshaft of 1,250 shaft horsepower while the UH-2F fitted two T58-GE-8F turboshafts of 1,350 shaft horsepower. The follow-up SH-2G model outdid them all with her pair of T700-GE-401 series turboshaft engines of 1,723 shaft horsepower. Performance for the series was above average and included a top speed of around 160 miles per hour with a range of about 670 to 870 miles depending on the model. Her service ceiling was under 20,000 feet, listed precisely as 17,400 feet for the UH-2A model and 18,000 feet in the SH-2G.

Once in service, the UH-2 was operated from American aircraft carriers and utilized for her exclusive talents in the Search and Rescue (SAR) department. Starting in 1968, the move was made to incorporate two General Electric T58 series turboshaft engines to increased the Seasprite's overall power and handling capabilities at sea. In 1970, the role of the UH-2 broadened a bit with its inclusion in the Light Airborne Multi-Purpose System (LAMPS) program. This program sought to supply naval ships (specifically those without a fix-wing aviation capability) the power of an Anti-Submarine Warfare (ASW) system. These USN vessels could then keep an armed Seasprite and unleash it on enemy submarines and surface warships when needed, broadening both the offensive and defensive scope of just about any USN surface vessel able to land a Seasprite. Converted UH-2 Seasprites with the newly-developed, though interim, LAMPS package were now designated as the "SH-2D".

The LAMPS program incorporated a slew of advanced components into the base UH-2. The new SH-2D provided a new and more powerful pair of "eyes in the skies" thanks to its battery of sensors and processing equipment to work alongside the systems already made available to surface ships. Additional improvements resulted in better engines, revised rotors and an increased MTOW. The defensive bubble around a USN surface ship carrying a Seasprite was now increased substantially. All-new SH-2 systems with LAMPS were designated as SH-2F with deliveries beginning in 1973. Sixty more SH-2Fs were purchased by the USN in 1981 and FLIR (along with improved self-defense and detection suites) was officially adapted by the end of 1987. The SH-2F model quickly became the Seasprite of choice in the USN inventory and most were upgraded/modified to this new standard. Production of this version completed in 1986. The last SH-2 (SH-2G) serving with the USN was retired in 2001.

During their tenure, the USN deployed the Seasprite in an active military role during Operation Earnest Will (1987), pitting the USN against the Iranian Navy, Operation Praying Mantis, once again showcasing the US versus Iran (1988) and Operation Desert Storm (1991), this time as a coalition of members seeking to oust Iraqi dictator Saddam Hussein from Kuwait.

The SH-2 was produced in several variants beginning with the four YHU2K-1 prototype models. This was followed by the production HU2K-1 utility transport models of which 88 were delivered. Following the 1962 US military designation revision, the HU2K-1 became the UH-2A. One-hundred and two utility transport types of the UH-2B followed. The H-2 "Tomahawk" became a prototype gunship model of the base UH-2A production model. Only a single example existed and was evaluated by the US Army in 1963 with plans to order some 220 systems falling through in favor of continued support to the Bell UH-1 "Huey" series. The UH-2C was used to designate UH-2A and UH-2B production models now fitted with a pair of General Electric T58-GE-8B turboshaft engines. Some 40 conversions to this new standard took place. NUH-2C was used to designate a modified UH-2C test platform Seasprite fitted to fire the AIM-9 Sidewinder short-range and AIM-7 Sparrow medium-range air-to-air missiles. NUH-2D was the same NUH-2C under a new designation. The HH-2C was a dedicated Search & Rescue (SAR) helicopter of which six existed. Interestingly, these featured a powered turret in the lower forward fuselage housing a minigun Gatling-type system. The HH-2D was of similar scope but sans any type of armament and existed in 67 examples converted from UH-2A and UH-2B production models. The SH-2D was a dedicated Anti-Submarine Warfare (ASW) type that was converted into 20 forms from previous production systems. The YSH-2E served as a pair of evaluation platforms to test out LAMPS and new radar. The SH-2F became another dedicated ASW variant but fitting a pair of General Electric T58-GE-8F turboshaft engines of 1,350 shaft horsepower. Most were conversions of existing SH-2D production models and all were retired from USN service in October of 1993. The YSH-2G served as a one-off prototype based on the SH-2F. The SH-2G "Super Seasprite" is the current ASW model offered by Kaman, this now powered by 2 x General Electric T700-GE-401 series turboshaft engines. She is billed as a multi-misson, all-weather, day/night platform with unsurpassed reliability and handling.

End of the Line

The Seasprite was more or less replaced in service with the USN by the Sikorsky SH-60 Seahawk, the navalized version of the US Army's UH-60 Black Hawk series. The retirement of the Seasprite coincided with the decommissioning of the USN Knox-class series of frigates for they were vessels ill-suited to handling the newer and larger Seahawks. New Zealand received a batch of ex-USN Seasprites and operated them in their No. 6 squadron of the Royal New Zealand Air Force. Some saw action in the former Portuguese colony of East Timor with the RNZAF. Operators of the much improved SH-2G "Super Seasprite" have included the Egyptian Navy, the Polish Navy, Australia (former operator) as well as New Zealand and the United States.
Advertisements 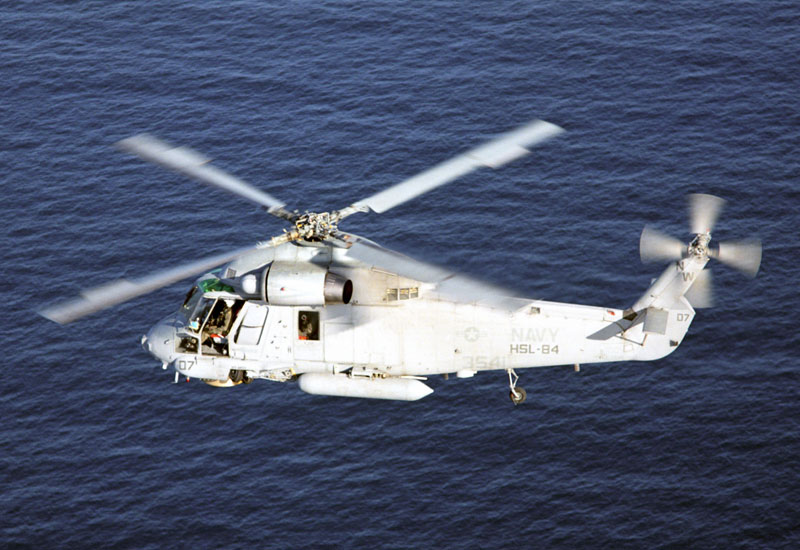 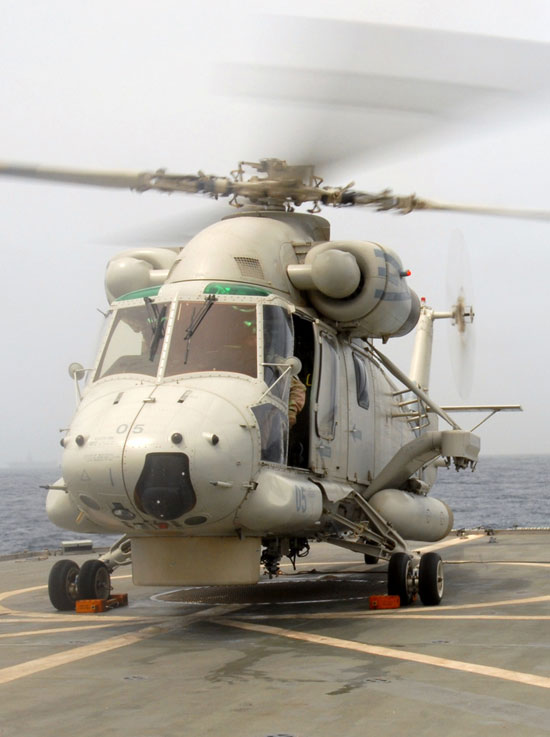 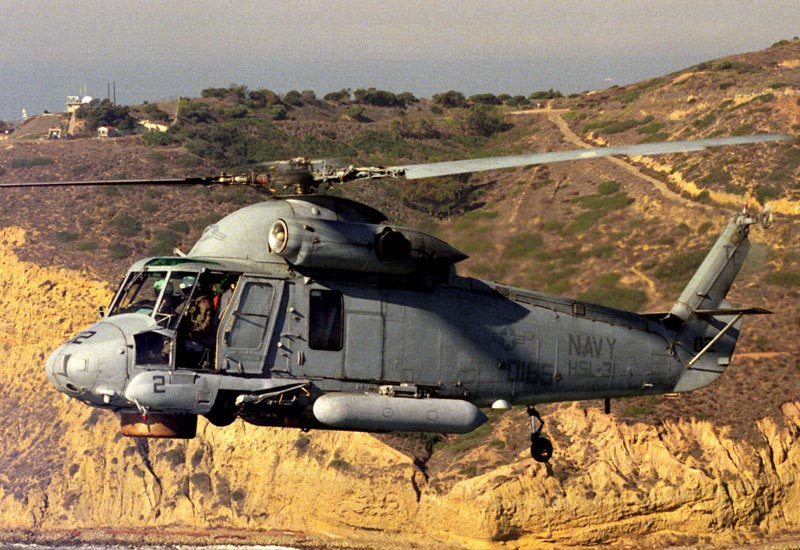 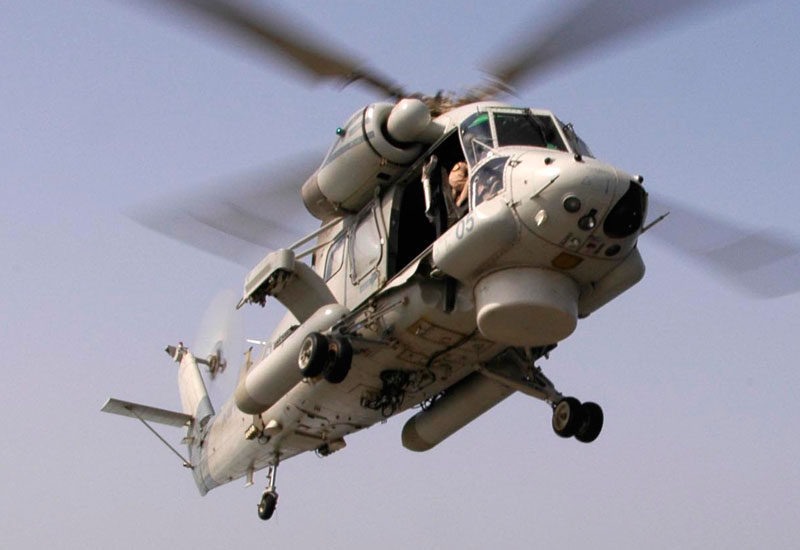 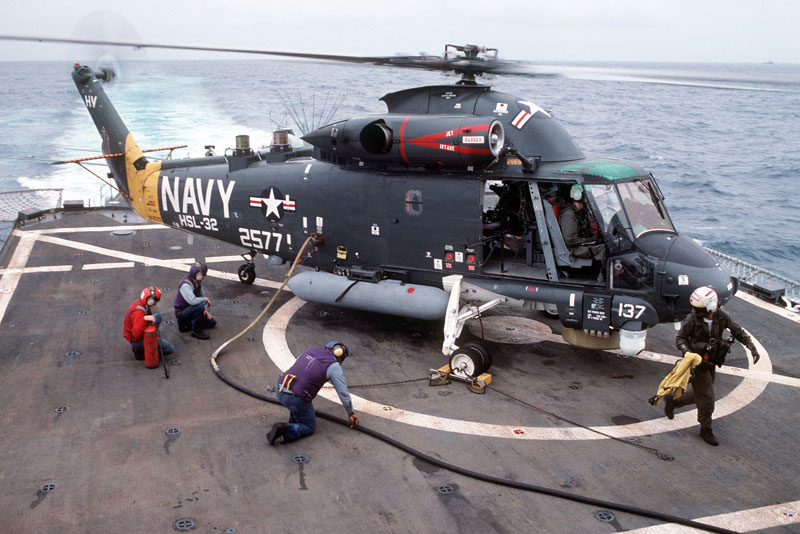 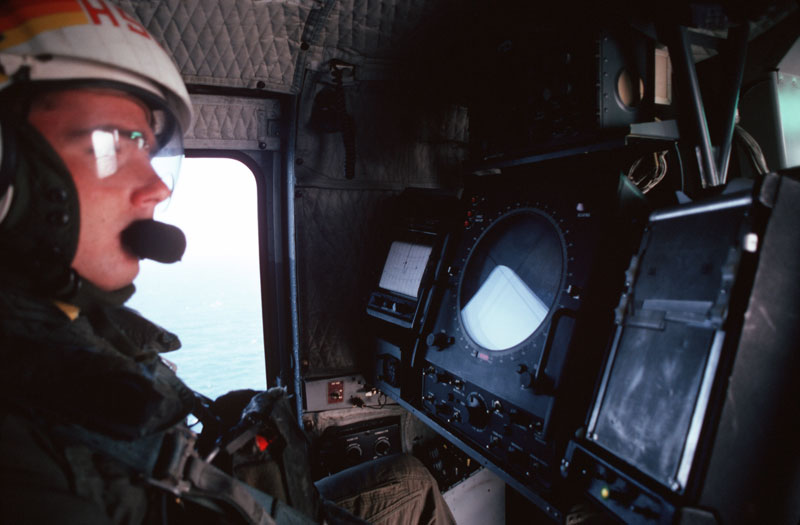 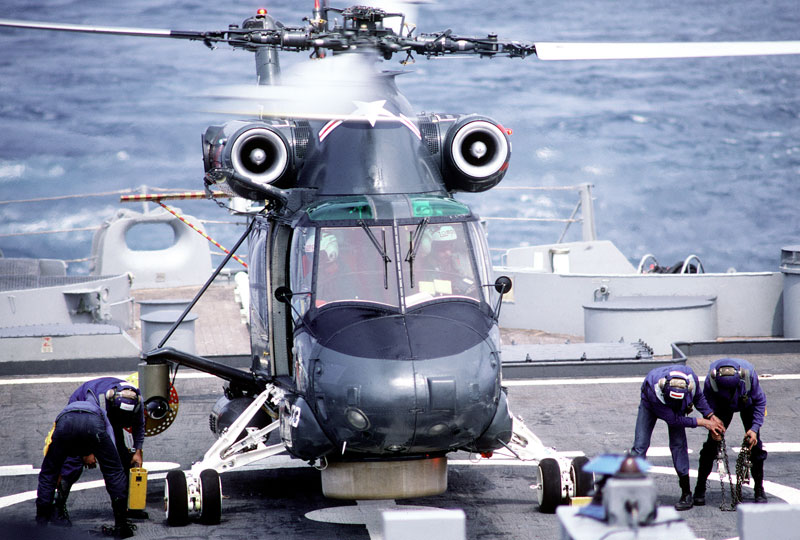 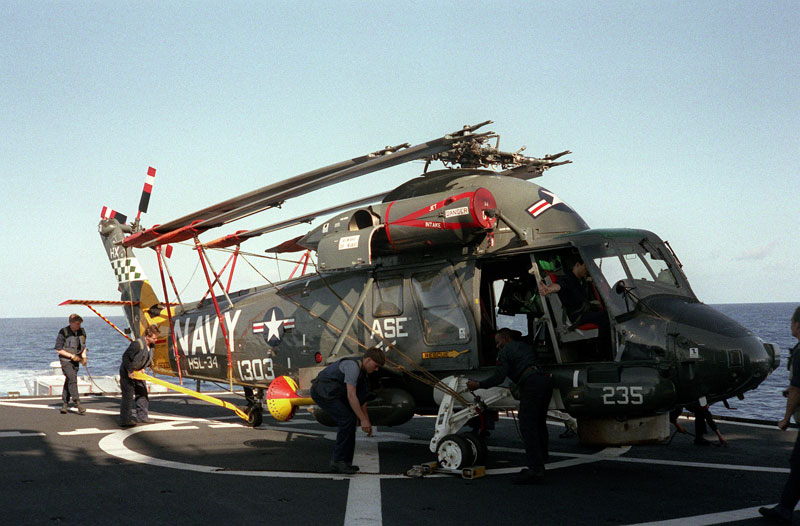 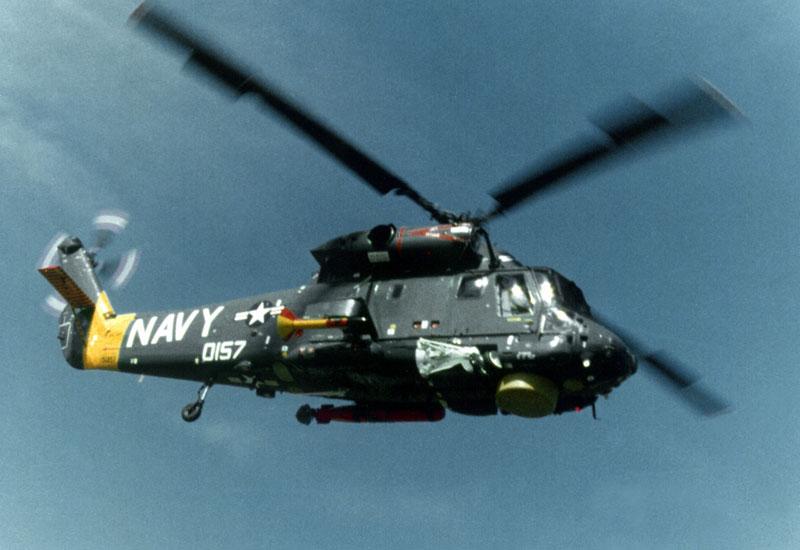 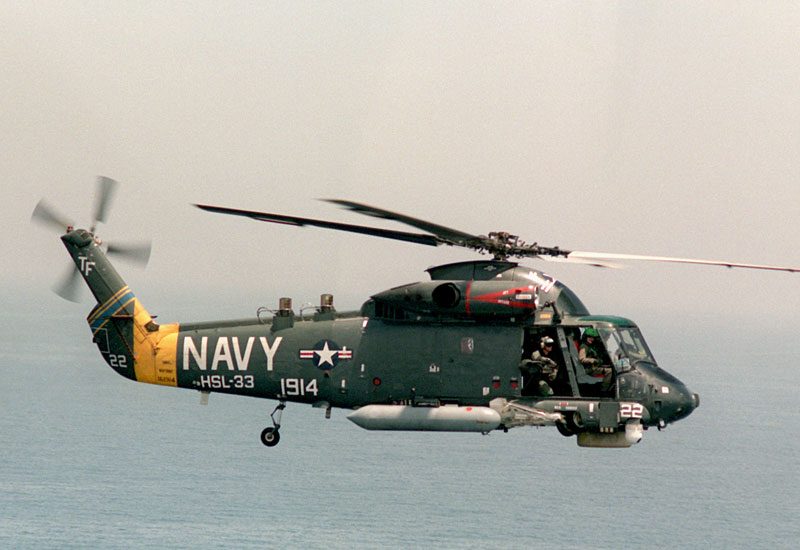 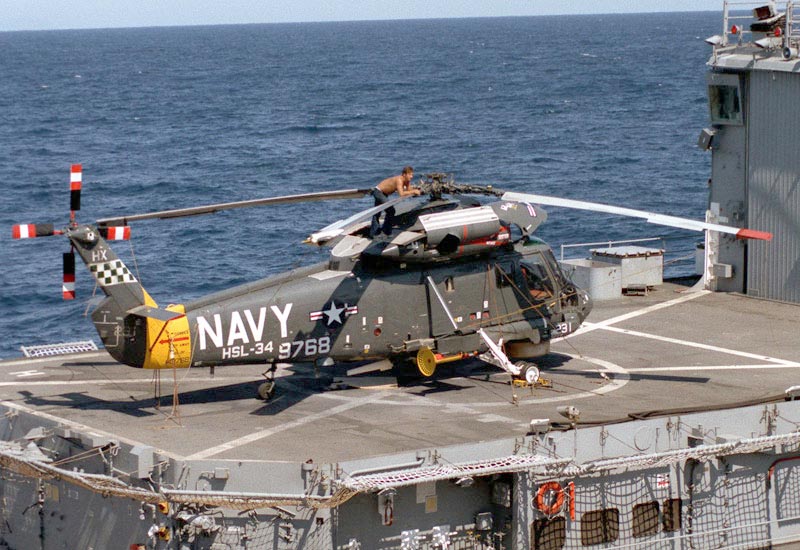 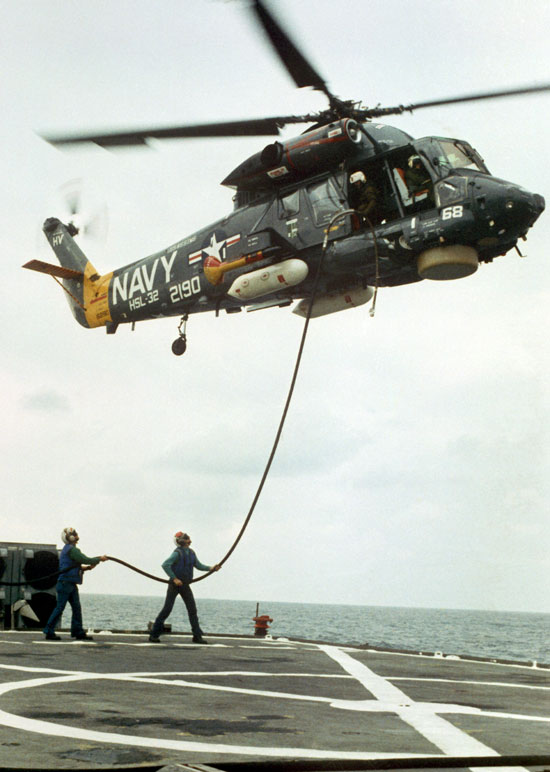 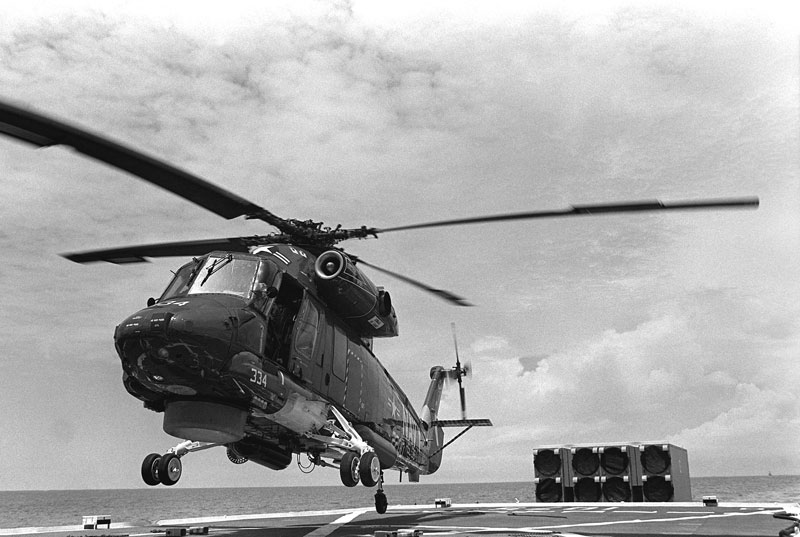 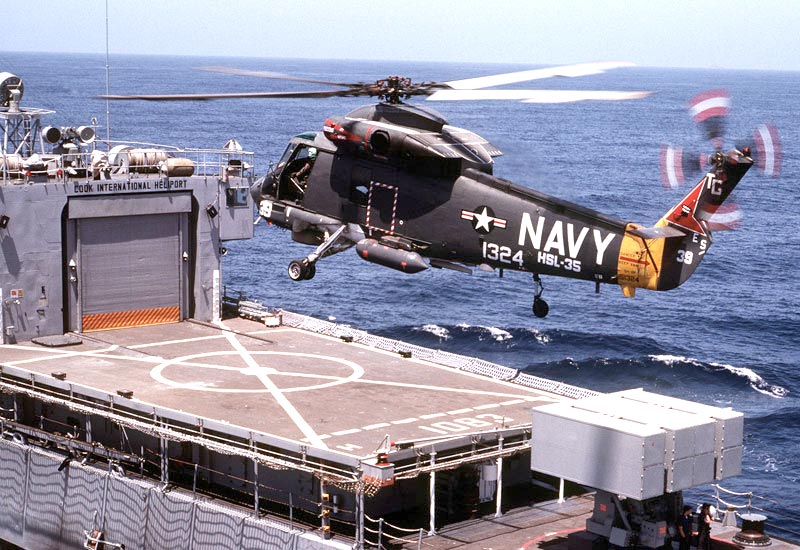 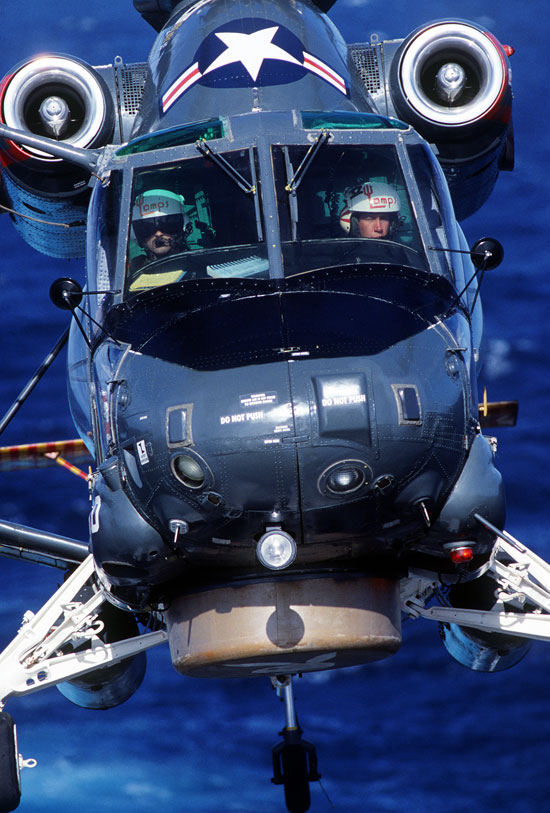