Authored By: Staff Writer | Last Edited: 01/20/2023 | Content ©www.MilitaryFactory.com | The following text is exclusive to this site. 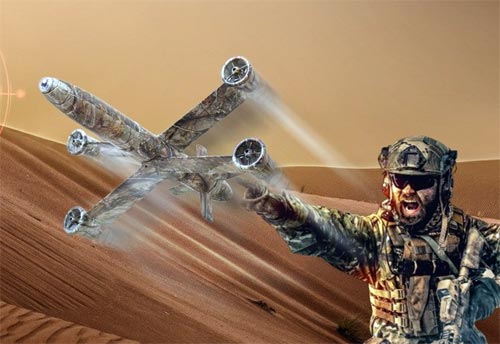 The category of "Loitering Munition" continues to grow as new, accelerated designs are pushed to market at blinding speed. Longtime defense player Israel Aerospace Industries (IAI) has recently unveiled its latest contribution through its "Point Blank" all-in-one loitering munition system. The airborne expendable Unmanned Aircraft System (UAS) features a range out to 10 kilometers while flying at speeds of 80 meters-per-second and weighs just 7 kilograms. At 1 meter in overall length, the product is transportable by ground forces to where it is needed most. In operation, the product has a Vertical Take-Off and Landing (VTOL) capability, giving it qualities of a rotorcraft as well as a fixed-wing aircraft.

The system is marketed to both land armies as well as naval forces.

The basic overall design of the unit sees a missile-like body mated to an X-pattern wing mainplane arrangement. The wings are positioned just ahead of midships and stabilizing fins are seated aft. Each mainplane has a shrouded propulsion system attached to its wingtip, giving the unit the needed VTOL capability. As a loitering munition, the entire unit is expended upon contact with the target.

Point Blank is capable of engaging both stationary and moving targets with a great deal of accuracy (within a meter of the intended area). Guidance is GPS based and an Electro-Optical (EO) component is standard. The product is able to interface with an existing mobile network datalink through its protected Ground Data Link Terminal set.©MilitaryFactory.com
Note: The above text is EXCLUSIVE to the site www.MilitaryFactory.com. It is the product of many hours of research and work made possible with the help of contributors, veterans, insiders, and topic specialists. If you happen upon this text anywhere else on the internet or in print, please let us know at MilitaryFactory AT gmail DOT com so that we may take appropriate action against the offender / offending site and continue to protect this original work.
Advertisements

Length
3.3 ft
(1.00 m)
Width/Span
2.6 ft
(0.80 m)
Empty Wgt
11 lb
(5 kg)
MTOW
15 lb
(7 kg)
Wgt Diff
+4 lb
(+2 kg)
(Showcased structural values pertain to the base IAI Point Blank production variant)
quadruplane / mid-mounted / special
Quadruplane
Design utilizes a quadruple-plane wing arrangement in which four mainplane members are used to generate lift while enhancing turning / agility; a less popular evolution of the biplane / triplane. Mid-Mounted
Mainplanes are mounted along the midway point of the sides of the fuselage. Special
Planform relies on a special shape that may be unique to the aircraft or sparingly used in aviaton.
(Structural descriptors pertain to the base IAI Point Blank production variant)
Installed: Not Available.
(Showcased performance specifications pertain to the base IAI Point Blank production variant. Performance specifications showcased above are subject to environmental factors as well as aircraft configuration. Estimates are made when Real Data not available. Compare this aircraft entry against any other in our database or View aircraft by powerplant type)
1 x 2 kilogram payload. 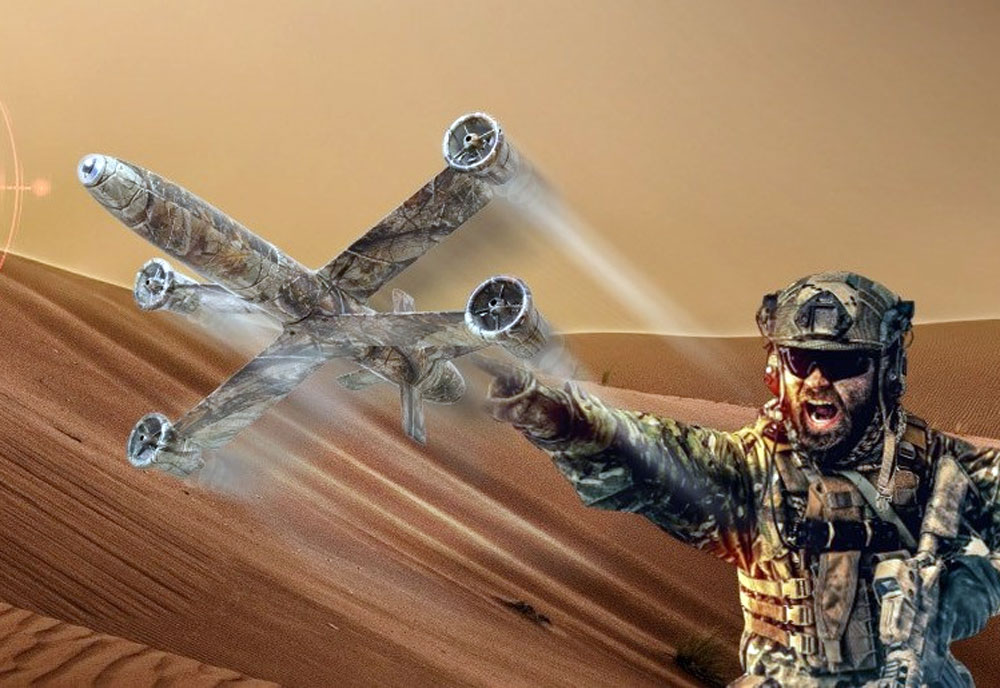