The Wing-Loong III represents the next logical step in the Chengdu-AVIC series of Medium-Altitude, High-Endurance Unmanned Aircraft Systems.

Authored By: Staff Writer | Last Edited: 11/08/2022 | Content ©www.MilitaryFactory.com | The following text is exclusive to this site. 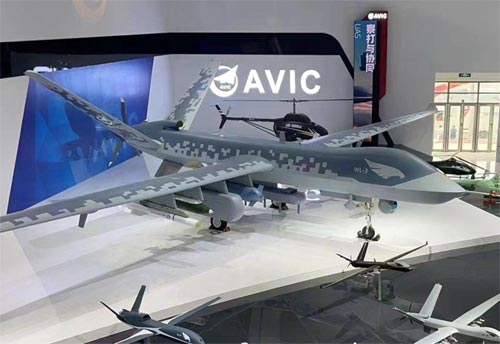 The Wing Loong III ("Pterodactyl III") Unmanned Aircraft System (UAS) was unveiled by AVIC's Chengdu Aircraft Industry Group (CAIG) of China at the Zhuhai Air Show in November of 2022. The type represents the third major iteration of the series, dimensionally larger to showcase its increased performance and mission capabilities. The airframe was on display next to original offerings by the company, dwarfing the lineup considerably, and represents another milestone in the growing Chinese unmanned aircraft arsenal.

The aircraft retains the proven straight-wing arrangement and subsonic performance of previous iterations. It features a streamlined fuselage with noticeably bulbous nose section and a chin-mounted optics blister. The optics set is given unfettered views of the terrain ahead and around the air vehicle, traversing on its balanced, stabilized gimbal mounting. The engine is sat in the rear of the fuselage and drives a five-bladed propeller unit in "pusher" fashion, clearing the forward sections of the airframe for mission equipment and unobstructed camera work. The tail unit incorporates its twin planes in an outward-canted configuration where they serve as both rudder and elevator, simplifying the design and overall construction. Smaller dorsal planes are also noted under the tail for additional stability. The mainplanes are set near midships and each is given four hardpoints. The wings are further capped by winglets at their tips. A retractable, wheeled undercarriage allows for the needed ground-running function.

The aircraft was exhibited with various air-to-surface ordnance options including Precision-Guided Munitions (PGMs) and what appeared to be mission pods. Early data showcases a Maximum Take-Off Weight (MTOW) of around 13,700lb.

The earlier Wing Loong I is powered by a conventional piston engine and provides a mission endurance window of about 20 hours flight time with cruise speeds near 175 miles-per-hour. The follow-up Wing Loong II is powered by a turboprop installation and has an endurance time of up to 32 hours with cruise speeds reaching 230 miles-per-hour. Against this background, the Wing Loon III most likely exceeds the operating window by at least 5 to 10 hours and can be estimated to have a cruising speed near 250 miles-per-hour in a clean, all-up configuration.©MilitaryFactory.com
Note: The above text is EXCLUSIVE to the site www.MilitaryFactory.com. It is the product of many hours of research and work made possible with the help of contributors, veterans, insiders, and topic specialists. If you happen upon this text anywhere else on the internet or in print, please let us know at MilitaryFactory AT gmail DOT com so that we may take appropriate action against the offender / offending site and continue to protect this original work.

(Showcased performance specifications pertain to the Chengdu Wing Loong III production variant. Performance specifications showcased above are subject to environmental factors as well as aircraft configuration. Estimates are made when Real Data not available. Compare this aircraft entry against any other in our database or View aircraft by powerplant type)
Assumed typical support for conventional drop bombs, precision-guided bombs / smart bombs, and various mission pods mounted across eight underwing hardpoint (four to a wing mainplane) and a single dorsal fuselage hardpoint.

(Not all ordnance types may be represented in the showcase above)
Hardpoint Mountings: 9
Mounting Points 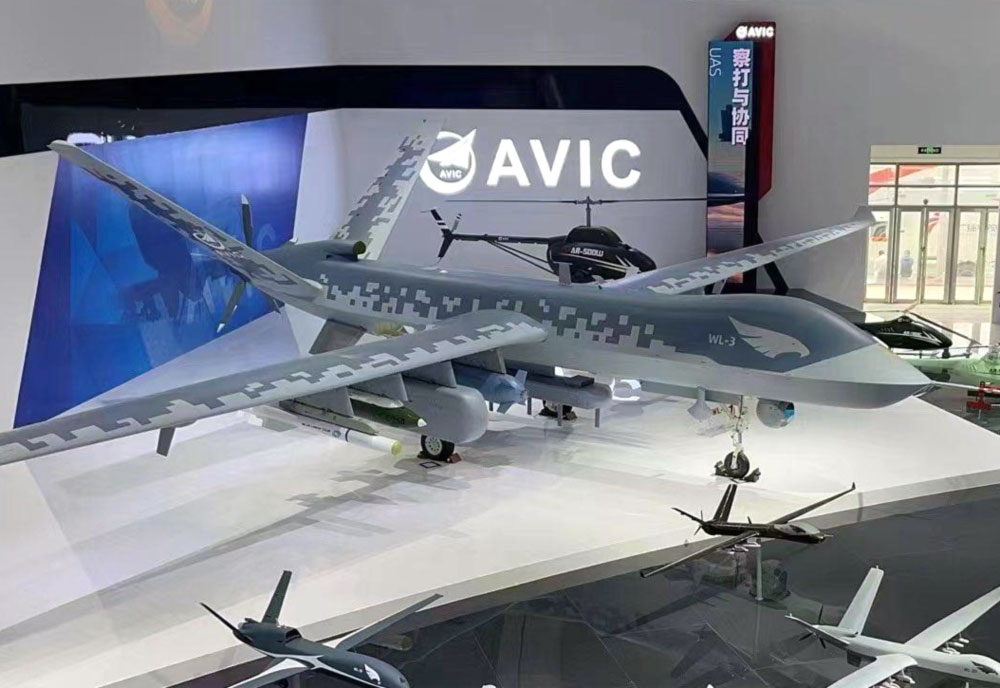