The AeroVironment Jump 20 combines the go-anywhere attitude of modern helicopters with a horizontal flight capability.

Authored By: Staff Writer | Last Edited: 08/19/2022 | Content ©www.MilitaryFactory.com | The following text is exclusive to this site. 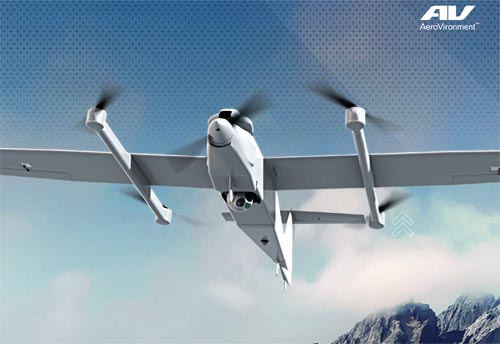 The AeroVironment Jump 20 series is a Vertical Take-Off and Landing (VTOL) / fixed-wing Unmanned Aircraft System (UAS) by AeroVironment, Incorporated. The product adds to the deep stable (and experience) the company has garnered over the years in providing unmanned solutions to military, civilian, and industry sectors alike. The Jump 20 combines the capabilities of a modern-day helicopter while retaining the inherent-capabilities of fixed-wing flight - making it an ideal all-in-one solution.

The aircraft is given a conventional design arrangement as VTOL drones go: the slab-sided fuselage houses all pertinent operating systems including avionics, engine, fuel, and an underslung optics set. A two-bladed propeller unit is affixed to the nose to pull the aircraft to the air in horizontal flight envelopes. The optics are set in a blister / turret unit under the belly of the aircraft - this gives the component unfettered, 360-degree views of the terrain below. The mainplanes are seated at shoulder-height over the fuselage and each is given booms extended beyond the leading and trailing edges of the wing while mounting two-bladed lift-props (four in all) at each end of the booms. The lift-props provide the necessary vertical lifting for the drone, allowing it to reach out-of-the-way areas typically closed-off to fixed-wing types of same class. The empennage consists of a single vertical plane capped by a single horizontal plane to round out the in-flight control scheme.

The Jump 20 carries a modular multi-sensor pack to satisfy the Intelligence-Surveillance-Reconnaissance (ISR) requirement critical to many top-tier militaries. It can fly for up to 14 hours out to a range of 115 miles and its VTOL quality means it does not require the services of a prepared airfield / runway nor specialized launch / recovery gear. Preparation time is sixty minutes from unpacking to flight.

The aircraft is rated for mission loads up to 30lb that goes beyond the (retractable) optics fit - a payload bay is present for additional onboard stowage of special-mission equipment as needed. The optics fit itself is fully-stabilized and delivers an inherent tracking capability as well as real-time data / video feeding. Options in this regard include support for Electro-Optical (EO), MWIR, telescope, spotter, and InfraRed (IR) solutions through the available ARCAM-45D, WASCAM MX-8, TRILLIUM HD80, and TASE 400 LRS mountable solutions.

Power is of a hybrid arrangement seeing a single MOGAS 190cc EFI engine used for horizontal cruising and a battery supply to drive the lift-props for vertical flight. Operating speeds reach nearly 60 miles-per-hour. Structural dimensions include a running length of 9.5 feet and a wingspan of 18.8 feet. Gross take-off weight reaches 215lb.©MilitaryFactory.com
Note: The above text is EXCLUSIVE to the site www.MilitaryFactory.com. It is the product of many hours of research and work made possible with the help of contributors, veterans, insiders, and topic specialists. If you happen upon this text anywhere else on the internet or in print, please let us know at MilitaryFactory AT gmail DOT com so that we may take appropriate action against the offender / offending site and continue to protect this original work.

(Showcased performance specifications pertain to the base AeroVironment Jump 20 production variant. Performance specifications showcased above are subject to environmental factors as well as aircraft configuration. Estimates are made when Real Data not available. Compare this aircraft entry against any other in our database or View aircraft by powerplant type)
None. Mission payload related to Intelligence-Surveillance-Reconnaissance (ISR) role. Payload up to 30lb.


(Not all ordnance types may be represented in the showcase above)
Jump 20 - Base Series Name. 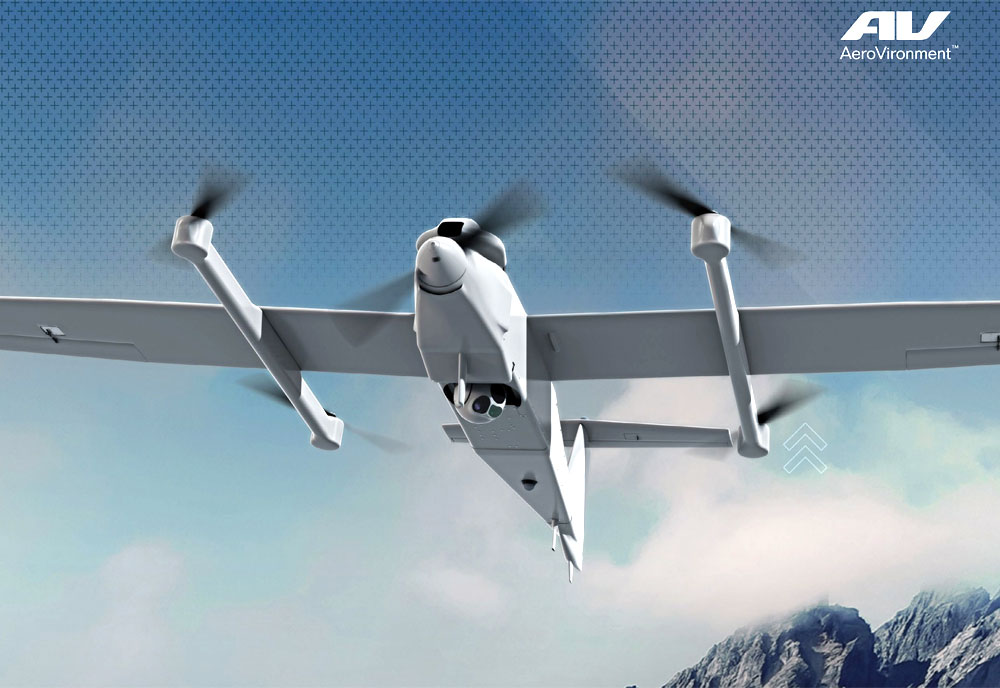