The Volansi Voly 50 expands upon previous work by the company in VTOL unmanned cargo-delivery systems and adds an ISR function to the mix.

Authored By: Staff Writer | Last Edited: 08/17/2022 | Content ©www.MilitaryFactory.com | The following text is exclusive to this site. 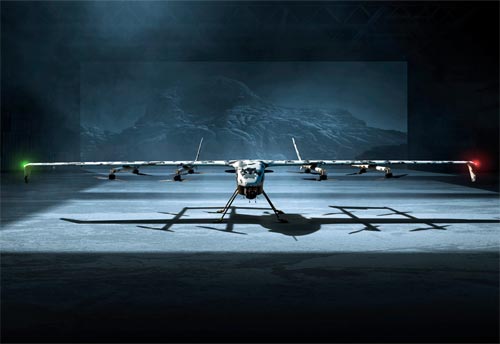 The Volansi "Voly 50" series Unmanned Aircraft System (UAS) is a long-range, multi-mission support drone directed at military applications. The design expands on Volansi, Incorporated's work in the Vertical Take-Off and Landing (VTOL) cargo-delivery field, broadening in-the-field applications related to the Intelligence-Surveillance-Reconnaissance (ISR) role critical to military forces today. The VTOL capabilities of this system allow the unit to exhibit helicopter-like qualities, including agility and a small footprint, giving it an edge in hard-to-reach places that naturally prevent access to fixed-wing drone designs.

The general configuration of the Voly 50 sees a centralized nacelle housing all pertinent operating systems including avionics, optics, fuel, and engine. The optics blister is seated at the "chin" position of the fuselage and the engine at the rear driving a two-bladed propeller unit in "pusher" configuration. This pusher prop provides the unit's forward momentum in flight. The mainplanes are high-mounted on the fuselage and each member has paired, outboard lift propellers which result in a "quad-boom" design form. Vertical tailplanes are fitted at the ends of the inboard tail booms. The mainplanes extend well beyond the outboard-most lift prop arms and are capped by down-canted winglets. The vehicle is supported on the ground by way of simple four-legged undercarriage.

Because of the Voly 50s unique design, it does not require a runway of any sort and can take-off and land under its own power (no catapult or parachute, respectively, is needed in the operational flow). The reliance on no fewer than eight twin-bladed lift props gives the air vehicle considerable power when taking off and exceptional control when landing.

Per Volansi marketing materials, the Voly 50 series has a payload capacity of up to 50 lb.©MilitaryFactory.com
Note: The above text is EXCLUSIVE to the site www.MilitaryFactory.com. It is the product of many hours of research and work made possible with the help of contributors, veterans, insiders, and topic specialists. If you happen upon this text anywhere else on the internet or in print, please let us know at MilitaryFactory AT gmail DOT com so that we may take appropriate action against the offender / offending site and continue to protect this original work.
Advertisements

monoplane / high-mounted / straight
Monoplane
Design utilizes a single primary wing mainplane; this represent the most popular mainplane arrangement. High-Mounted
Mainplanes are mounted at the upper-most position allowable along the dorsal line of the fuselage. Straight
The planform involves use of basic, straight mainplane members.
(Structural descriptors pertain to the base Volansi Voly 50 production variant)
Installed: 8 x Twin-bladed lift-propellers with 1 x Twin-bladed "pusher" propeller seated at the rear of the fuselage nacelle.
(Showcased performance specifications pertain to the base Volansi Voly 50 production variant. Performance specifications showcased above are subject to environmental factors as well as aircraft configuration. Estimates are made when Real Data not available. Compare this aircraft entry against any other in our database or View aircraft by powerplant type)
None. Mission load related to the Intelligence-Surveillance-Reconnaissance (ISR) role. Cargo load limited to 50lb.


(Not all ordnance types may be represented in the showcase above)
Voly 50 - Base Series Name. 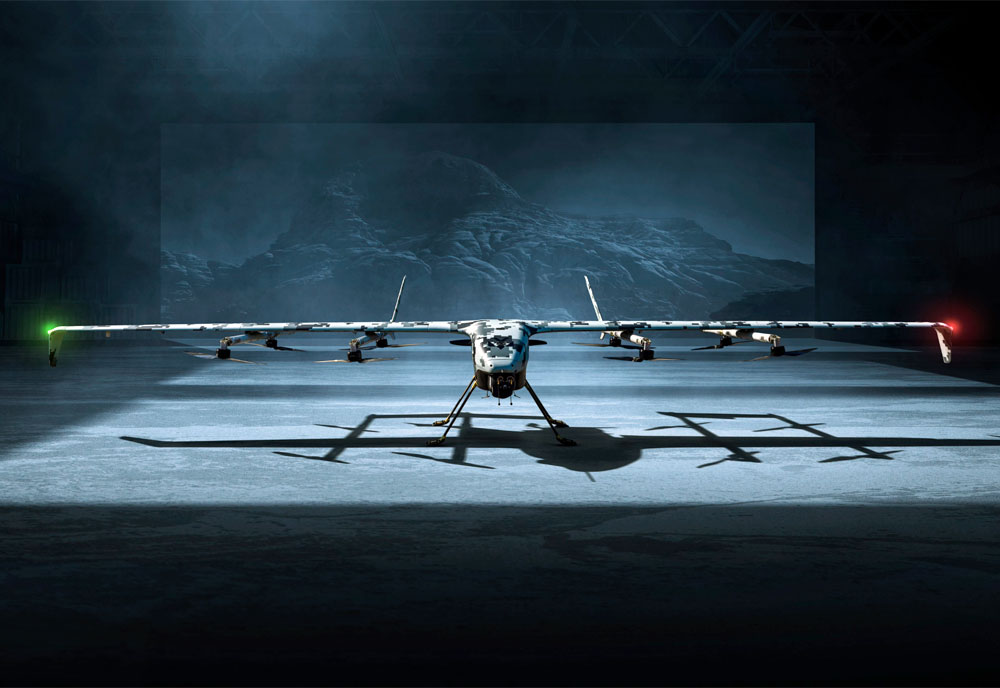