The Kaman-22 is another in a long line of Iranian designed, developed, and produced UAVs - this offering given an inherent attack functionality.

Authored By: Staff Writer | Last Edited: 08/10/2022 | Content ©www.MilitaryFactory.com | The following text is exclusive to this site. 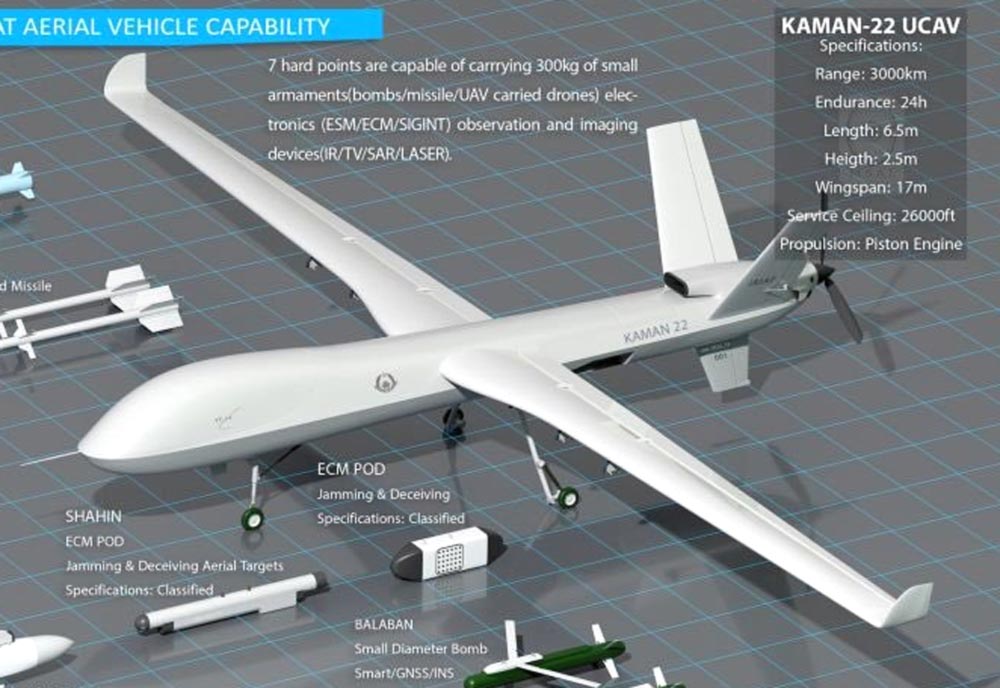 In February of 2021, the nation of Iran unveiled its latest unmanned vehicle - the "Kaman-22" - as it quickly becomes one of the world's notable producers of drones despite decades-long Western sanctions. On form alone, the Kaman-22 appears based in the American General Atomics MQ-9 "Reaper" (detailed elsewhere on this site) as it seems to mimic the drone quite closely. The new system is of the Unmanned Combat Aerial Vehicle (UCAV) class which allows it to be used beyond the Intelligence-Surveillance-Reconnaissance (ISR) role and take part in direct-attack actions, supporting a broad range of in-service Iranian munition and special-mission equipment options.

The Kaman-22 is billed as Iran's first "wide body" drone and is developed by the MSA Institute (MSAI) with manufacture handled by the Islamic Republic of Iran Air Force (IRIAF) directly. Series introduction is thought to be in 2022.

The aircraft is showcased with a running length of 21.3 feet, a height of 8.2 feet, and a wingspan of 55.8 feet. It relies on a conventional piston-driven engine powering a three-bladed propeller unit at the rear of the fuselage in pusher arrangement, propelling the aircraft out to a range of 1,865 miles up to a ceiling of 26,000 feet. Endurance is reportedly up to 24 hours giving this drone good "legs" in the air.

These can be mounted across the aircraft on seven hardpoints up to 660lb in all.

An optics set is held under the nose of the aircraft in the "chin" position. Mounted on a 360-degree rotating blister unit, the OGHAB 4D/4H set has in-built InfraRed / Television and a laser range-finder.

The general design of the aircraft is largely conventional as modern drones go: the nose has a bulbous housing for the avionics fit and the fuselage is slim, chined, and is home to all pertinent operating systems and fuel. An intake is seated well-aft near the engine installation and straddled by outward-canted vertical planes joined by a shorter vertical plane set ventrally. The mainplane members are straight in their general shape and slightly taper towards the wingtips which are capped by winglets for fuel economy and added stability. Ground-running is handled through a basic wheeled tricycle arrangement.©MilitaryFactory.com
Note: The above text is EXCLUSIVE to the site www.MilitaryFactory.com. It is the product of many hours of research and work made possible with the help of contributors, veterans, insiders, and topic specialists. If you happen upon this text anywhere else on the internet or in print, please let us know at MilitaryFactory AT gmail DOT com so that we may take appropriate action against the offender / offending site and continue to protect this original work.
Advertisements 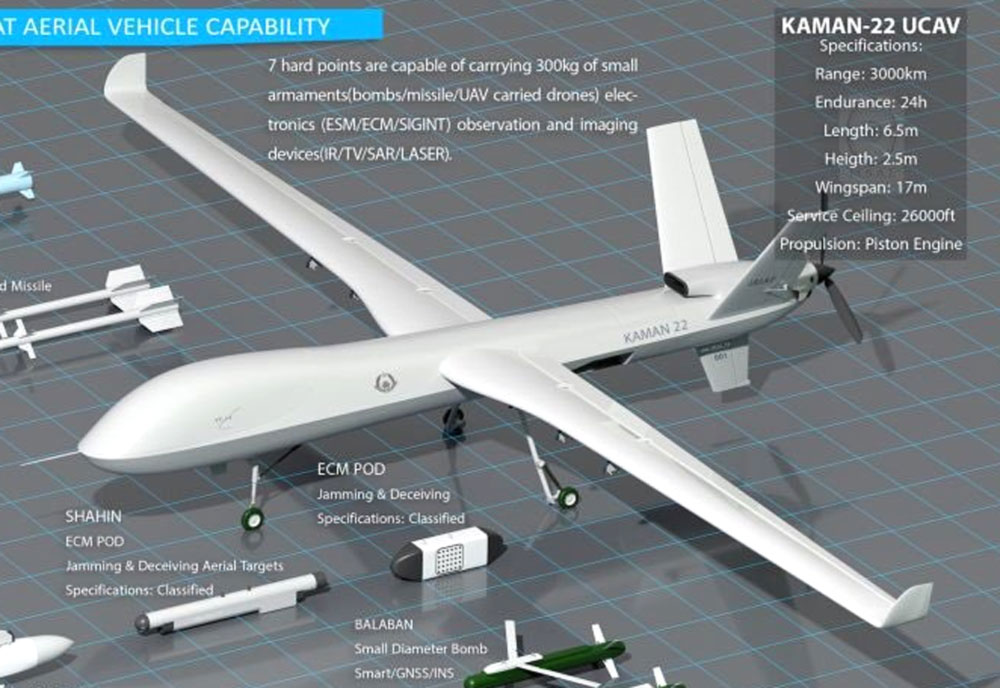 Edited from the www.Military.ir presentation image to show detail.