Authored By: Staff Writer | Last Edited: 08/24/2022 | Content ©www.MilitaryFactory.com | The following text is exclusive to this site. 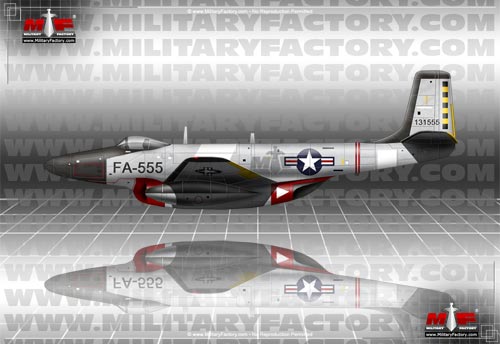 The forth, and final, proposal by the Curtiss Aeroplane Company concerning P-1032 - a single-seat fighter for the then-United States Army Air Forces (USAAF) - arrived in February of 1944 alongside the P-1032-7, the P-1032-9, and the P-1032-11. In the P-132-7, the aircraft was of conventional arrangement and buried its single turbojet engine in the fuselage. The P-1032-9 followed by "podding" its twin-engine arrangement in underslung wing nacelles. The P-1032-11 was to outdo them all by combining the inherent performance power of a turboprop engine at the nose and a turbojet engine in the fuselage.

The P-1032-13 reverted back to a more traditional arrangement in that a pair of turbojet engines were paired under the fuselage, reducing complexity of a long intake duct assembly by way of its straight-thru approach, making the engines readily accessible to ground crew, and concentrating performance power at the center of the aircraft.

Beyond this, the airframe remained largely faithful to the original: the 4 x 20mm internal automatic cannon arrangement was buried in the nose. The single crewman sat under a largely unobstructed canopy just aft of the nose assembly. The mainplanes were of straight, tapering design with clipped tips, and the empennage comprised a single vertical tailplane with low-set horizontal control planes. A fully-wheeled, fully-retractable undercarriage would be used for ground-running.

The engine of choice was the General Electric J35 (TG-180) turbojet engine and these were to be seated in a side-by-side arrangement directly under the fuselage (the belly). The combined power would have provided for rather excellent performance figures in theory, limited only by range as early-form turbojets were fuel-thirsty solutions.

Beyond this, the P-1032-13 proposal has a wingspan of 45.8 feet and a running length of 44.01 feet. Performance figures were not estimated though may have been similar to the P-1032-9 and its twin-engine arrangement.

At any rate, the P-1032-13 joined its counterparts in not being evolved beyond the "paper" stage, leaving it to the pages of Curtiss aircraft history.©MilitaryFactory.com
Note: The above text is EXCLUSIVE to the site www.MilitaryFactory.com. It is the product of many hours of research and work made possible with the help of contributors, veterans, insiders, and topic specialists. If you happen upon this text anywhere else on the internet or in print, please let us know at MilitaryFactory AT gmail DOT com so that we may take appropriate action against the offender / offending site and continue to protect this original work.
Advertisements

(Showcased performance specifications pertain to the base Curtiss P-1032-13 production variant. Performance specifications showcased above are subject to environmental factors as well as aircraft configuration. Estimates are made when Real Data not available. Compare this aircraft entry against any other in our database or View aircraft by powerplant type)
PROPOSED:
4 x 20mm automatic cannons in the nose. 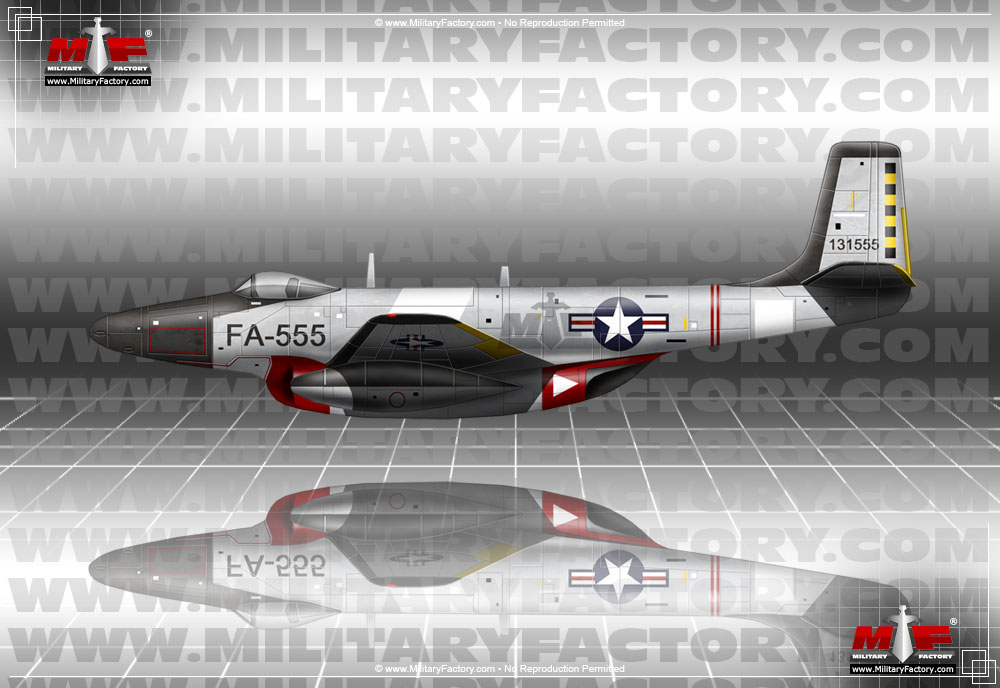