The Curtiss P-1032-9 was the second of four designs intended to interest the USAAF in an early jet-powered fighter.

Authored By: Staff Writer | Last Edited: 08/10/2022 | Content ©www.MilitaryFactory.com | The following text is exclusive to this site. 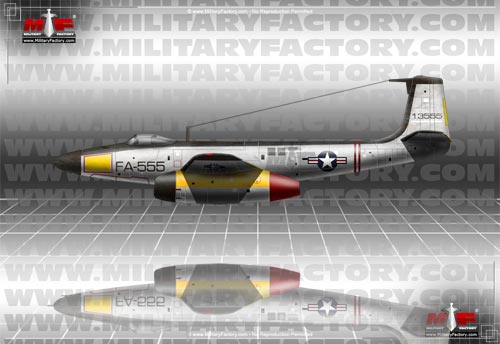 The Curtiss P-1032-9 was the second of four proposals attempting to interest United States Army Air Forces (USAAF) authorities in one of their first turbojet-powered single-seat fighters during the latter stages of World War 2 (1939-1945). The P-1032 design series, as a whole, emerged in February of 1944 while the war was still in doubt and the turbojet was showing itself to be the future of aerial combat. Like the P-1032-7 before it, the P-1032-9 was not evolved beyond its "paper" stage and eventually fell to the pages of aviation history.

In the original P-1032-7, a single turbojet engine was the focus of the design, the unit to be buried within the fuselage and aspirated by wing leading edge intakes. The P-1032-9 took on a different approach, instead centering on two turbojet engines for maximum power / performance while leaving these as easily accessible nacelles under each mainplane member. The arrangement was similar to what the Germans used in their Messeschmitt Me 262 "Schwalbe" wartime jet fighter.

Beyond the relocation of the engine(s), the P-1032-9 retained the general form and function of the original offering. The pilot sat aft of a lengthened nosecone assembly which housed an array of 4 x 20mm internal automatic cannons. The cockpit was covered over in a lightly-framed canopy. The mainplanes were low-mounted, straight structures with clipped tips. The empennage featured a single vertical tailfin and low-set horizontal planes. A tricycle undercarriage (wheeled and retractable) would satisfy ground-running actions.

The exterior placement of the engine nacelles would make maintenance / replacement in the field or depot relatively easy as accessibility was second-to-none in such a configuration. While the use of two turbojets simultaneously enhanced performance and outright power, early turbojet forms were also exceedingly fuel-thirsty, meaning that operational ranges were not entirely addressed utilizing the original P-1032 design. The original model would carry twin jettisonable fuel tanks, one under each wing, while the P-1032-9 was to rely on a centerline exterior fuel tank to enhance range.

On the whole, the P-1032-9 variant was dimensionally larger than the first, having a wingspan of 45.8 feet and a running length of 44.10 feet. Its estimated maximum speed was 620 miles-per-hour in ideal conditions, able to reach altitudes over 40,000 feet (necessitating an ejection seat and cockpit pressurization), and range out to 1,500 miles with the central fuel tank in place.

Beyond its proposal work, little else was had on the P-1032-9. The P-1032-11 that followed attempted to mate the power of an early-form turboprop engine with a single turbojet. The P-1032-13 centered two turbojets along the ventral fuselage line for concentrated power output. Neither of these design fared any better.©MilitaryFactory.com
Note: The above text is EXCLUSIVE to the site www.MilitaryFactory.com. It is the product of many hours of research and work made possible with the help of contributors, veterans, insiders, and topic specialists. If you happen upon this text anywhere else on the internet or in print, please let us know at MilitaryFactory AT gmail DOT com so that we may take appropriate action against the offender / offending site and continue to protect this original work.
Advertisements

(Showcased performance specifications pertain to the base Curtiss P-1032-9 production variant. Performance specifications showcased above are subject to environmental factors as well as aircraft configuration. Estimates are made when Real Data not available. Compare this aircraft entry against any other in our database or View aircraft by powerplant type)
PROPOSED:
4 x 20mm Internal automatic cannons in nose assembly. 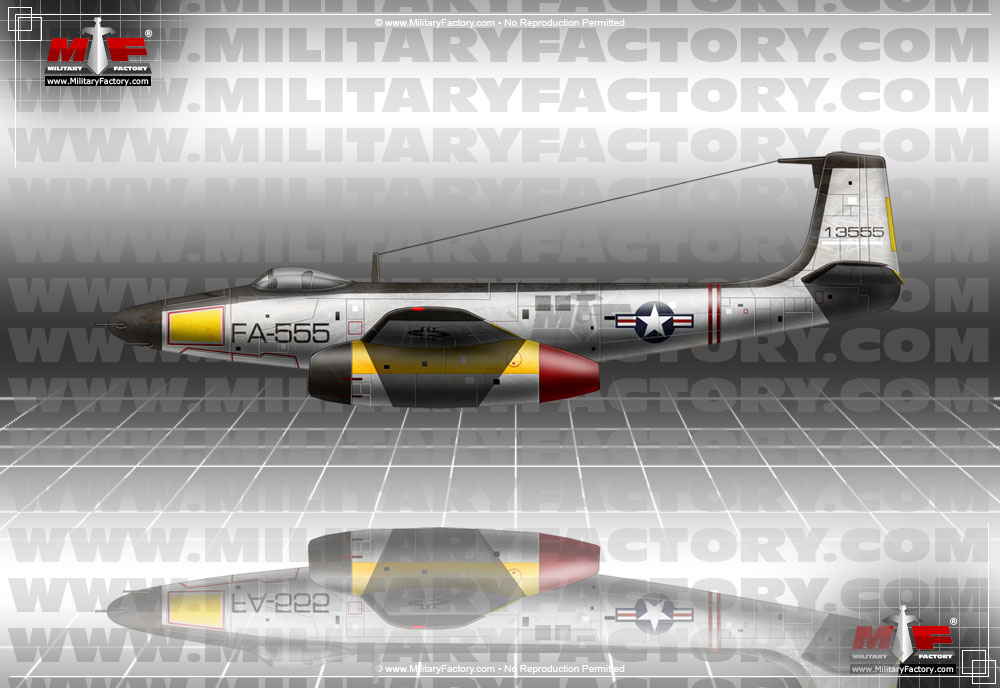