An in-built 2-in-1 capability gives the Quantum Systems Vector of Germany exceptional tactical flexibility in most any operating environment.

Authored By: Staff Writer | Last Edited: 08/05/2022 | Content ©www.MilitaryFactory.com | The following text is exclusive to this site. 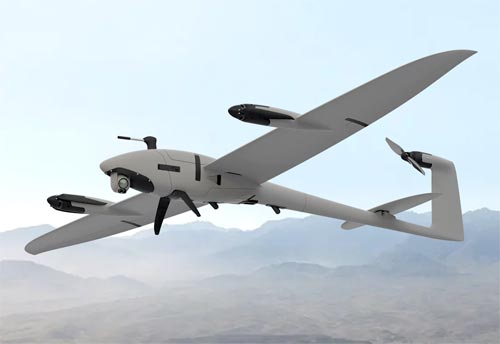 The "Vector" is a reconnaissance-minded Unmanned Aircraft System (UAS) designed, developed, and manufactured by Quantum Systems GmbH of Germany. This drone aircraft is a versatile solution, made man-portable by design, and of completely electric propulsion resulting in a flexible, tactical-level solution operating with reduced noise signatures over range. This makes it suitable for those requirements typically found in Search and Rescue (SAR), anti-poaching, fire-fighting, general surveillance, traffic research, and drug / law / maritime / border enforcement initiatives.

The Vector is in the ISR (Intelligence-Surveillance-Reconnaissance) class of unmanned aircraft and thus suitable for many non-combat roles involving airborne reconnaissance - across military, research, industry, and civilian sectors. The system can remain airborne for up to 120 minutes and range out to over 15 kilometers (though out to over 25km with sector antennas in place).

The key quality of the Vector is its ability to achieve vertical flight by way of lift propellers positioned at its wings. Once airborne, the system can then seamlessly transition to horizontal flight by these same lift propeller units which now transform into puller props (coupled to a cruise propeller at the tail). Such flexibility in design allows the aircraft to operate where most fixed-wing drones of same size and class cannot.

In its base form, the drone's arrangement is relatively conventional: The fuselage takes on a "tear-drop" shape of sorts with a bulged forward section and slim stem making up the tail unit / empennage. The forward housing is home to the optics set, situated in a traversing turret / blister unit, as well as sensors, powerpack, and avionics. The mainplanes are mid-mounted, straight appendages with each member mounting an electric motor used to drive a positional rotor unit used to achieve both horizontal and vertical flight. At the rear of the aircraft is a horizontal plane set close to the midway point of the stem's length and a single vertical fin makes up the tailplane. At the absolute top of the tailplane is mounted a two-bladed "puller" rotor to aid in cruising. When at rest, the airframe is suspended by a pair of short, reinforced struts under the forward mass, further simplifying the overall make-up of this aircraft.

Structurally, the aircraft has a wingspan of 9.2 feet and a length of 5.34 feet. Maximum Take-Off Weight (MTOW) reaches 16.3lb and the unit can cruise at speeds of 40 knots.

When in transit, the Vector breaks down into six major components made up of the fuselage, tail unit, inboard mainplane (x2), and outboard mainplane (x2). The gimbal (or chin blister) unit is wholly detachable under the nose. 4 x Redundant lithium ion batteries power the complete unit and are tied to a cooling system for optimal operation in most any environment. Stubby antenna protrusions are apparent under the aft section of the belly and feature encrypted communications.

To further enhance this system's modularity, the Vector can have its mainplanes removed and replaced by dedicated lift props to behave exclusively like a helicopter, becoming a "tri-copter" unit where more enhanced VTOL capabilities are needed. In effect, this allows the single unit to cover two over-battlefield requirements, going from fixed-wing to rotary-wing in minutes. This results in the Vector being billed by the company as a "2in1" unmanned aircraft.

The complete unit transports (when broken down) in a handy, hardened case ready-to-assembly and operate.©MilitaryFactory.com
Note: The above text is EXCLUSIVE to the site www.MilitaryFactory.com. It is the product of many hours of research and work made possible with the help of contributors, veterans, insiders, and topic specialists. If you happen upon this text anywhere else on the internet or in print, please let us know at MilitaryFactory AT gmail DOT com so that we may take appropriate action against the offender / offending site and continue to protect this original work.

(Showcased performance specifications pertain to the base Quantum Systems Vector production variant. Performance specifications showcased above are subject to environmental factors as well as aircraft configuration. Estimates are made when Real Data not available. Compare this aircraft entry against any other in our database or View aircraft by powerplant type)
None. Mission-equipment centered on ISR role.


(Not all ordnance types may be represented in the showcase above)
Vector - Base Series Name. 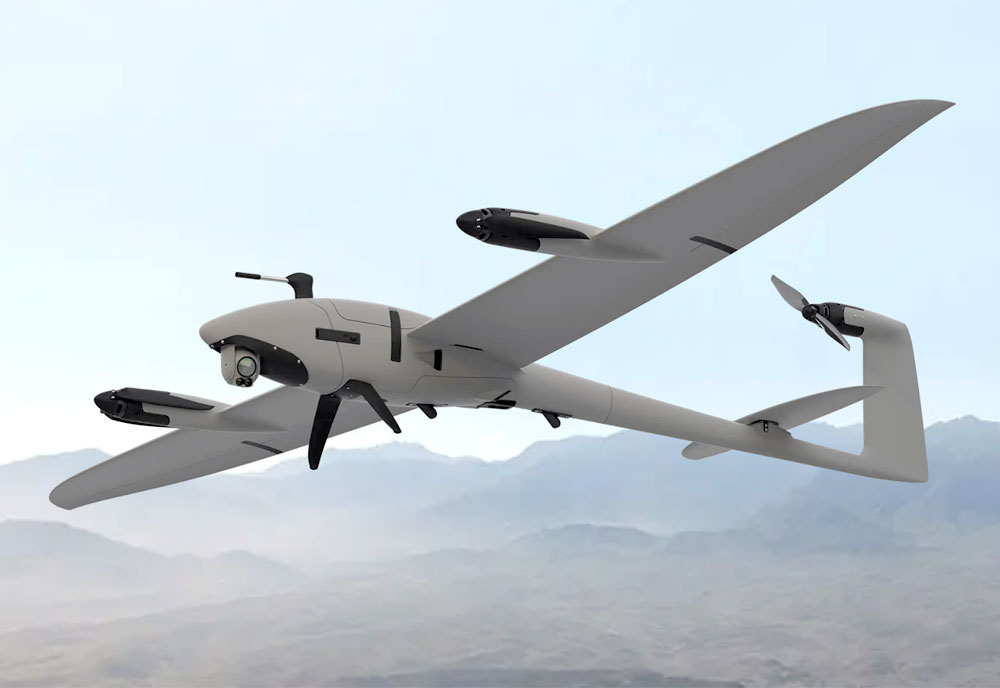