The HVX is a technology demonstrator planned for the British Royal Air Force as a reusable, unmanned Mach 5-capable vehicle..

Authored By: Staff Writer | Last Edited: 07/26/2022 | Content ©www.MilitaryFactory.com | The following text is exclusive to this site. 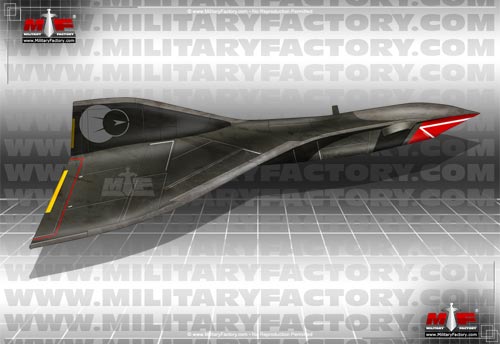 The HVX ("Hypersonic air Vehicle, Experimental") is a proposed, unmanned hypersonic-minded demonstrator aircraft intended for the British Royal Air Force (RAF) as a reusable Mach 5 performer for the purposes of air defense. Hypersonic flight occurs under altitudes of 300,000 feet while reaching speeds just over 3,800 miles-per-hour (around Mach 5) or greater. This gives the aircraft considerable survivability against intercepting missile threats and notably cuts down on flying-time-to-target by traversing the higher reaches of the atmosphere before coming back down to earth.

The concept aircraft was debuted at Farnborough 2022 and this presented form is a sleek offering with a blended wing-body design. Under the nose is seen a rectangular intake for the air-breathing portion of the propulsion scheme while an elegantly-shaped rudder is affixed to the rear of the airframe for the needed control. Beyond this, very few details can be noted about the overall design.

The propulsion scheme will be developed jointly by Reaction Engines and longtime engine-maker Rolls-Royce, mating the Reaction Engines advanced "precooler" system with a gas turbine supplied by Rolls-Royce. Once airborne with the aid of the turbine, a ramjet system will be activated to propel the aircraft to greater speeds towards the desired waypoint.

Weapons are a proposed part of the overall design.©MilitaryFactory.com
Note: The above text is EXCLUSIVE to the site www.MilitaryFactory.com. It is the product of many hours of research and work made possible with the help of contributors, veterans, insiders, and topic specialists. If you happen upon this text anywhere else on the internet or in print, please let us know at MilitaryFactory AT gmail DOT com so that we may take appropriate action against the offender / offending site and continue to protect this original work.

(Showcased performance specifications pertain to the HVX production variant. Performance specifications showcased above are subject to environmental factors as well as aircraft configuration. Estimates are made when Real Data not available. Compare this aircraft entry against any other in our database or View aircraft by powerplant type)
Proposed with future weapons support. Assumed air-to-air missiles.

(Not all ordnance types may be represented in the showcase above)
HVX ("Hypersonic air Vehicle, Experimental") - Base Project Designation. 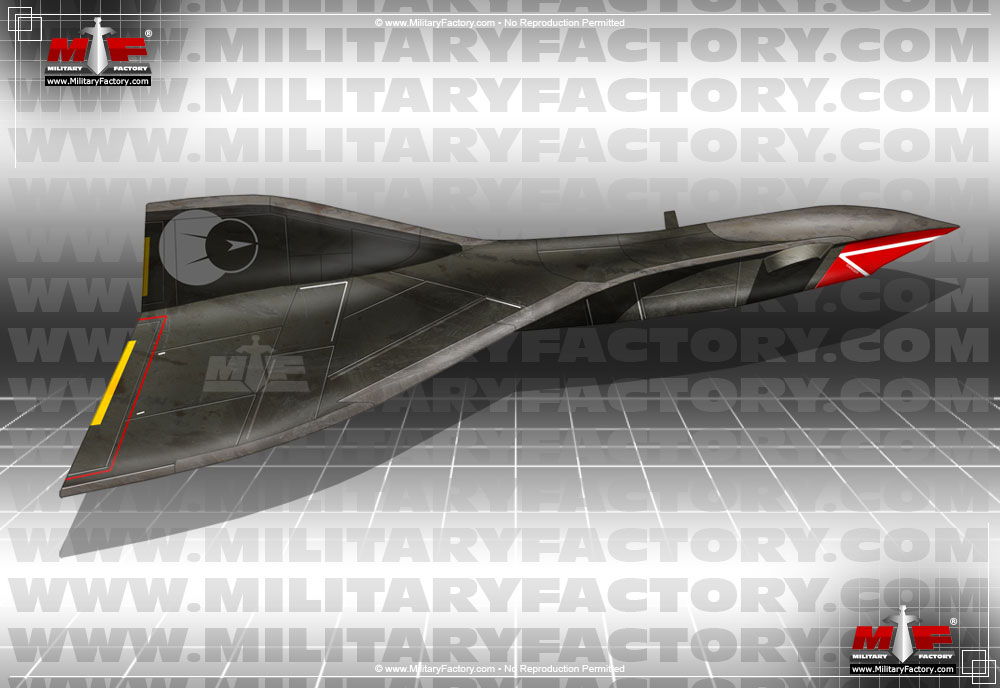