The Arash is another in the growing line of Iranian-originated low-cost drones - its battlefield role being that of loitering munition.

Authored By: Staff Writer | Last Edited: 07/16/2022 | Content ©www.MilitaryFactory.com | The following text is exclusive to this site. 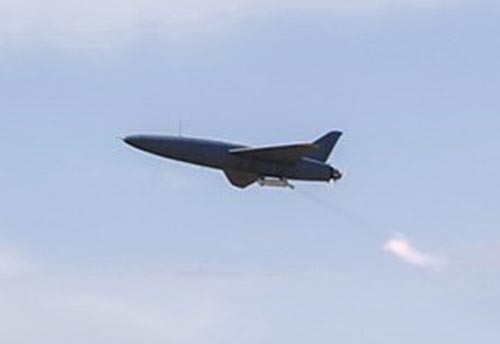 The Arash is a loitering munition Unmanned Aircraft System (UAS) originating from Iran. The design was revealed in November of 2021 after the successful results of testing by the Iranian military. The type is detailed as a long-range, direct-attack done which, as a loitering munition, is designed to be consumed in the attack (aka 'Kamikaze').

The air vehicle has been given a "shark-like" appearance with aerodynamic streamlining of the rounded fuselage as well as swept-back mainplanes. A single vertical plane is seated over the rear of the fuselage to round out the needed control scheme. The nose is of a slim conical shaping and presumably holds an optics set or war load. The aircraft is launched by rail from the rear of a flatbed truck or stationary mounting component. The initial take-off action is aided by a jettisonable short-term rocket pack that is dropped once the Arash can achieve forward momentum and lift under its own power. Inherent propulsion power is from engine (battery-powered, all-electric powerplant being assumed) embedded at the rear of the fuselage driving a two-bladed propeller unit in pusher fashion.

Once launched, the aircraft can be guided to the target or target area at which point the Arash is destroyed in the subsequent attack action.

Such economical, easy-to-use / easy-to-maintain solutions are becoming ever more present in the inventory of Iran who, despite being hard-hit by Western sanctions, manages a growing indigenous military-industrial complex. Desperate to expand its UAS collection in its war with Ukraine, Russian officials visited Iran in the hopes of securing additional unmanned systems - including loitering munitions - that have had quite the impact in the modern war setting for both sides.©MilitaryFactory.com
Note: The above text is EXCLUSIVE to the site www.MilitaryFactory.com. It is the product of many hours of research and work made possible with the help of contributors, veterans, insiders, and topic specialists. If you happen upon this text anywhere else on the internet or in print, please let us know at MilitaryFactory AT gmail DOT com so that we may take appropriate action against the offender / offending site and continue to protect this original work.

November 2021 - The Arash was reportedly successfully tested by the Iranian military.

monoplane / mid-mounted / swept-back
Monoplane
Design utilizes a single primary wing mainplane; this represent the most popular mainplane arrangement. Mid-Mounted
Mainplanes are mounted along the midway point of the sides of the fuselage. Swept-Back
The planform features wing sweep back along the leading edges of the mainplane, promoting higher operating speeds.
(Structural descriptors pertain to the base DIO Arash production variant)
Installed: 1 x Battery-fueled electric engine driving a two-bladed propeller unit at the rear of the fuselage.
(Showcased performance specifications pertain to the base DIO Arash production variant. Performance specifications showcased above are subject to environmental factors as well as aircraft configuration. Estimates are made when Real Data not available. Compare this aircraft entry against any other in our database or View aircraft by powerplant type)
Onboard war load, detonated upon impact.


(Not all ordnance types may be represented in the showcase above)
Arash - Base Series Name. 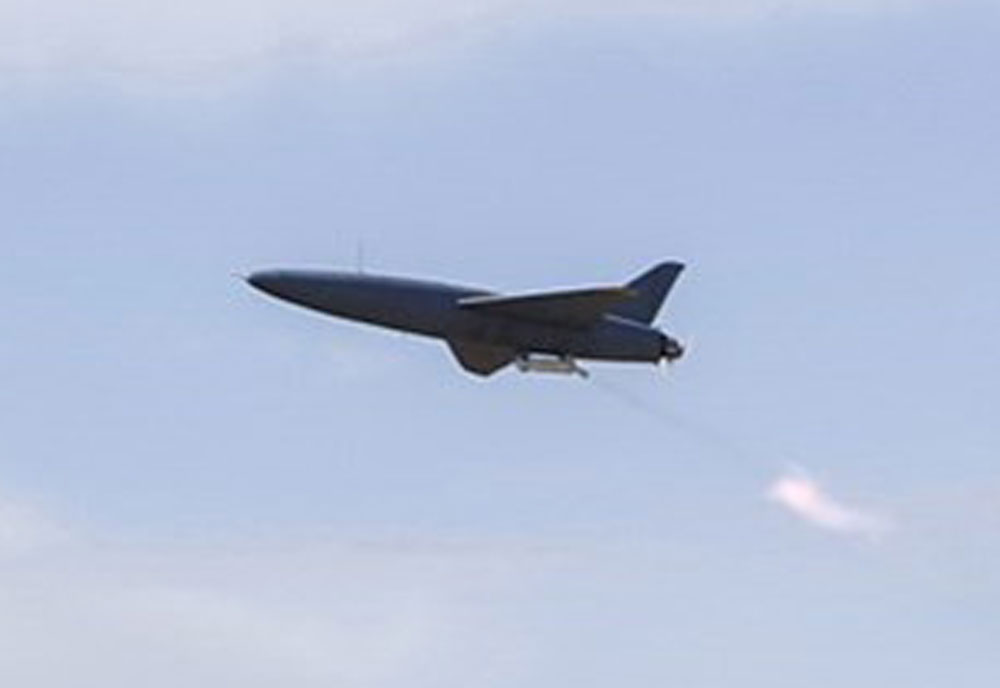