The HESA Hamaseh of Iranian origin first appeared in 2013 and is believed to have entered service some time in 2016.

Authored By: Staff Writer | Last Edited: 07/12/2022 | Content ©www.MilitaryFactory.com | The following text is exclusive to this site. 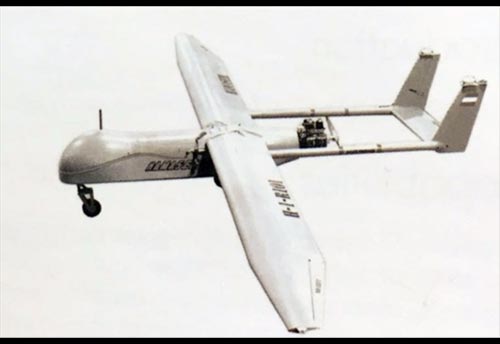 Iran has done well to study and reengineer the drones of others (including those of Israel and the United States), leading to an indigenous industrial capacity to produce such over-battlefield solutions. The HESA "Hamaseh" ("Epic") is one such product, developed by the engineers at the Iran Aircraft Manufacturing Industrial Company (HESA), serving the Iranian Armed Forces today (2022). This tactically-minded design was unveiled in 2013 and appeared with some revisions in place in 2016 - this reworked form is believed to be the version in service with Iranian elements since.

Its basic arrangement involves a centralized fuselage, housing all pertinent internal working components (including the drive system), with a twin-boom tail unit. The nose is noticeably enlarged compared to the rest of the body, housing the avionics fit. The engine sits at the rear of the fuselage and drives a two-bladed propeller unit in "pusher" configuration and the tail booms emanate from the trailing edges of the wing mainplanes to be joined by a shared horizontal plane at the extreme rear. This plane is straddled by vertical rudders for the needed control. The mainplanes sit over the fuselage and are straight in their general shape with tapering, clipped tips. The undercarriage, being wheeled and of tricycle arrangement, is fixed during flight.

Performance-wise, the Hamaseh can reach speeds of 120 miles-per-hour (with typical cruising done at 100mph), fly out to 120 miles, and fly up to 15,000 feet. It holds an endurance range of about 11 hours though this is payload-dependent. Rate-of-climb is just under 800 feet-per-minute.

The drone is primarily intended for unarmed reconnaissance though it does support a combat capability through a dedicated variant. The typical fit is an optics set for ISR work though the tactical value of this aircraft can be extended by implementation of special-mission equipment (such as signal jammers), sensors, and the like. The attack model is somewhat limited by modern standards, this to small-diameter drop bombs and similar ordnance, as it lacks a missile-delivery ability now relatively common to Western types.

The Hamaseh has an autonomous function and can fly to and from preplanned waypoints along the flight route. Its landing and take-off actions require the facilities of a prepared runway but the system can be rail-launched with the help of Jet-Assisted Take-Off (JATO) to achieve lift in short order. While its return is aided by a runway, the unit can also be reclaimed by way of deployable parachute as an alternative means.©MilitaryFactory.com
Note: The above text is EXCLUSIVE to the site www.MilitaryFactory.com. It is the product of many hours of research and work made possible with the help of contributors, veterans, insiders, and topic specialists. If you happen upon this text anywhere else on the internet or in print, please let us know at MilitaryFactory AT gmail DOT com so that we may take appropriate action against the offender / offending site and continue to protect this original work.
Advertisements 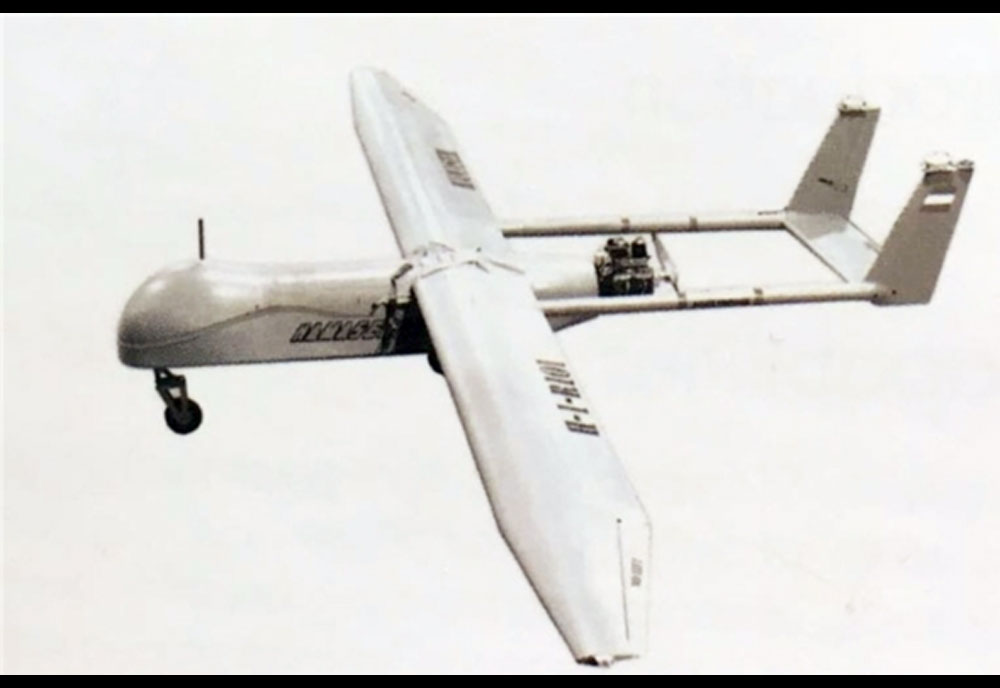