The DRDO Autonomous Flying Wing technology demonstrator took tot he air for the first time in early-July of 2022. 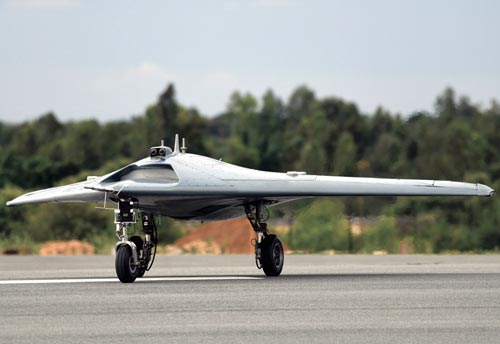 DRDO of India is actively testing the Autonomous Flying Wing (AFW) technology demonstrator to further bolster indigenous drone-making capabilities. The unmanned aircraft marks a considerable evolution for the country with a drone solution more akin to advanced forms found in the West. Capable of operating under full autonomy, a successful first-flight of the system was announced on July 1st, 2022, this specimen flown with a vertical tailfin in place.

The aircraft was developed by the engineers of the Aeronautical Development Establishment (ADE) as part of the DRDO consortium.

Design-wise, the aircraft is given a flying wing shape with blended wing-body planform and arrowhead-like appearance. The engine, along with avionics and other pertinent operating and mission systems, are buried within the fuselage bulge of the aircraft. A trapezoidal intake is positioned above the nose section for the air-breathing turbofan engine component. For ground-running, a retractable, wheeled conventional tricycle undercarriage is deployed.©MilitaryFactory.com
Note: The above text is EXCLUSIVE to the site www.MilitaryFactory.com. It is the product of many hours of research and work made possible with the help of contributors, veterans, insiders, and topic specialists. If you happen upon this text anywhere else on the internet or in print, please let us know at MilitaryFactory AT gmail DOT com so that we may take appropriate action against the offender / offending site and continue to protect this original work.
Advertisements

monoplane / mid-mounted / swept-back
Monoplane
Design utilizes a single primary wing mainplane; this represent the most popular mainplane arrangement. Mid-Mounted
Mainplanes are mounted along the midway point of the sides of the fuselage. Swept-Back
The planform features wing sweep back along the leading edges of the mainplane, promoting higher operating speeds.
(Structural descriptors pertain to the DRDO AFW production variant)
Installed: 1 x Non-afterburning turbofan engine of unknown make, model, and output thrust.
(Showcased performance specifications pertain to the DRDO AFW production variant. Performance specifications showcased above are subject to environmental factors as well as aircraft configuration. Estimates are made when Real Data not available. Compare this aircraft entry against any other in our database or View aircraft by powerplant type)
None. Mission-equipment for the testing role carried internally.


(Not all ordnance types may be represented in the showcase above)
AFW ("Autonomous Flying Wing") - Base Project Name. 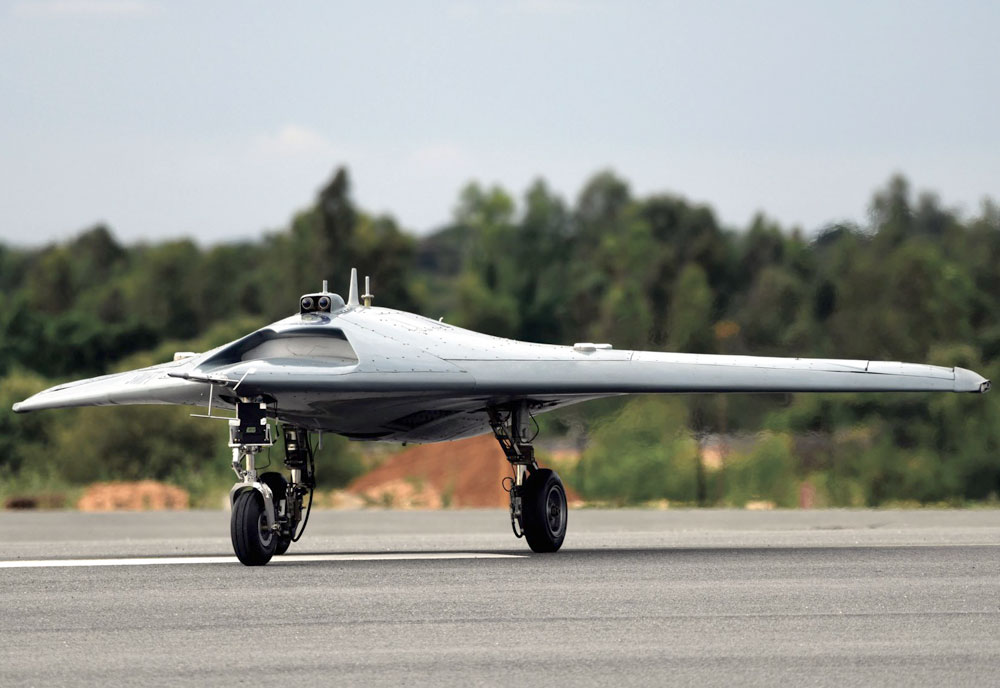 Aviation developments of similar form and function, or related to, the DRDO AFW (Autonomous Flying Wing)...