The Junkers Ju 89 appeared in the period just before World War 2 as a possible heavy bomber prototype - it was not furthered.

Authored By: Staff Writer | Last Edited: 06/28/2022 | Content ©www.MilitaryFactory.com | The following text is exclusive to this site. 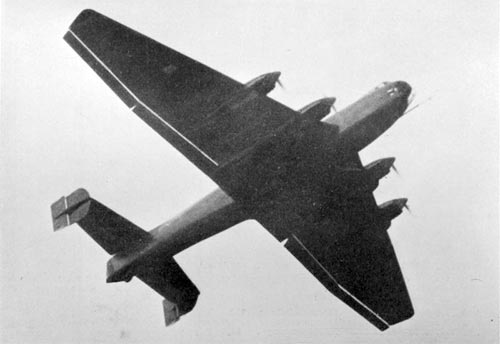 The German rearmament initiatives of the 1930s laid the groundwork for total war in Europe as all-new tank, warships, small arms, and aircraft designs took root. In the latter part of the 1930s, the Luftwaffe was on the lookout for a new, all-modern bomber aircraft of heavy classification for the strategic-level role. This led aeroplane maker Junkers to design, develop, and construct a pair of flyable forms for the requirement resulting in the "Ju 89". With a first-flight in April 1937, the short-lived bomber was put through its paces in 1938 though abandoned and cancelled in 1939 - the first year of World War 2 (1939-1945) - as the Luftwaffe decided to invest in tactical-level medium bomber types and compact direct-attackers going forward.

Designed under the idea of the "Ural Bomber" - a long-range performer capable of excellent range and war loads - this monoplane-winged "heavy" held new fewer than four engines in its arrangement with two engines seated in nacelles at each mainplane member. The flight deck sat over the short nose assembly and the fuselage was slab-sided with tapering towards the empennage. The tail unit utilized a split-rudder-fin tailplane arrangement for the needed control and a retractable "tail-dragger" undercarriage gave the aircraft the needed ground-running capabilities.

Junkers squared off directly with a competing design being put forth by Dornier, the similar "Do 19".

The Ju 89 V-1 prototype took to the air for the first time on April 11th, 1937 and the second prototype, V-2 (D-ALAT), followed in July 1937. The aircraft had an impressive showing even when compared to modern Allied strategic bombers of the day. However, with the Luftwaffe's fateful decision to concentrate on smaller bomber forms, the Ju 89 was wholly stalled and essentially left unfinished. The pair of prototypes was taken into service by the Luftwaffe indeed - though only to serve in the heavy transport role for the duration of their flying days.

This service appears to have been short-lived as the airframes are believed to have been scrapped before, or during, 1940. Nothing more came from the Ju 89 project other than the design influencing the Ju 90 airliner which, in turn, gave birth to the multirole Ju 290 and the Ju 390 "Amerika Bomber".

Power was served from 4 x Daimler-Benz DB600A V-12 inverted, air-cooled radial piston engines delivering 960 horsepower for take-off, these units driving three-bladed constant speed-propeller. With this, the aircraft could reach a maximum speed of 242 miles-per-hour, cruise at 195mph, range out (ferry) to 1,240 miles, and attain up to 23,000 feet of altitude.

Its planned armament involved a mix of defensive-minded machine guns and cannons: 2 x 20mm MG FF automatic cannons and 2 x 7.92mm MG 15 machine guns at various vulnerable locations about the airframe. The offensive load was limited to 3,500 lb of internal drop ordnance.©MilitaryFactory.com
Note: The above text is EXCLUSIVE to the site www.MilitaryFactory.com. It is the product of many hours of research and work made possible with the help of contributors, veterans, insiders, and topic specialists. If you happen upon this text anywhere else on the internet or in print, please let us know at MilitaryFactory AT gmail DOT com so that we may take appropriate action against the offender / offending site and continue to protect this original work.
Advertisements

MULTI-ENGINE Incorporates two or more engines, enhancing survivability and / or performance.
RUGGED AIRFRAME Inherent ability of airframe to take considerable damage.
INTERNAL BAY Fuselage volume includes space for internally-held weapons or special-mission equipment.
HIGH-ALTITUDE PERFORMANCE Can reach and operate at higher altitudes than average aircraft of its time.
EXTENDED RANGE PERFORMANCE Capability to travel considerable distances through onboard fuel stores.
MARITIME OPERATION Ability to operate over ocean in addition to surviving the special rigors of the maritime environment.
BAILOUT PROCESS Manual process of allowing its pilot and / or crew to exit in the event of an airborne emergency.
CREW-MANAGED Beyond a pilot, the aircraft takes advantage of additional crew specialized in specific functions aboard the aircraft.
ENCLOSED CREWSPACE(S) Features partially- or wholly-enclosed crew workspaces.
RETRACTABLE UNDERCARRIAGE Features retracting / retractable undercarriage to preserve aerodynamic efficiency.

(Showcased performance specifications pertain to the Junkers Ju 89 V2 production variant. Performance specifications showcased above are subject to environmental factors as well as aircraft configuration. Estimates are made when Real Data not available. Compare this aircraft entry against any other in our database or View aircraft by powerplant type)
PROPOSED:
2 x 20mm MG FF automatic cannons.
2 x 7.92mm MG15 machine guns.

Up to 3,500lb of conventional drop bombs held internally. 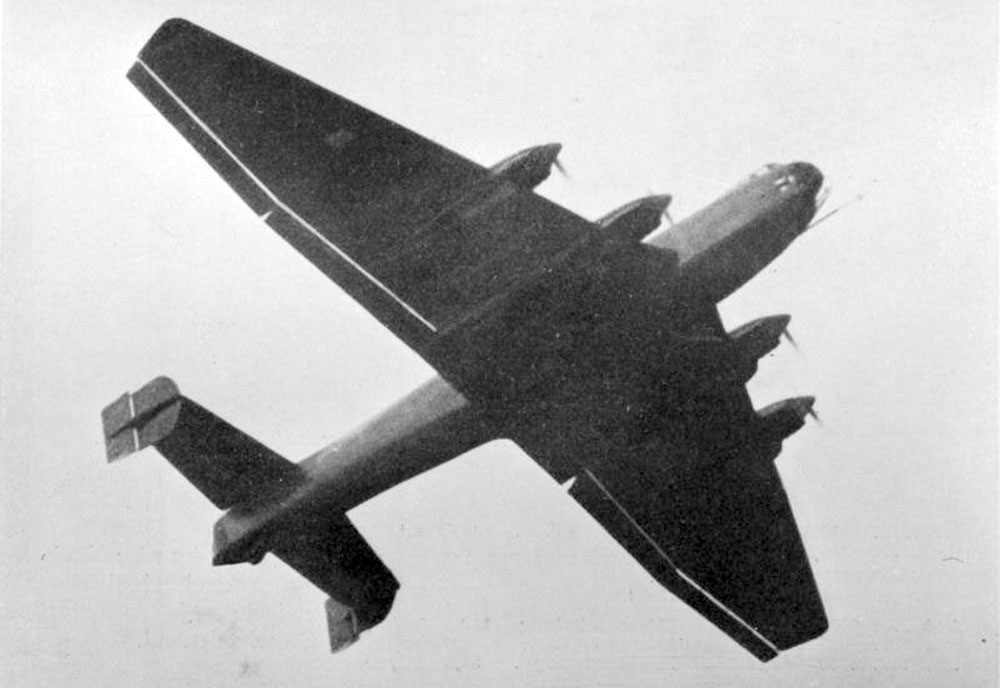 Image from the German Federal Archives.