The PD-2 is the natural successor to the earlier PD-1, adding an inherent VTOL support and a higher degree of modularity.

Authored By: Staff Writer | Last Edited: 06/26/2022 | Content ©www.MilitaryFactory.com | The following text is exclusive to this site. 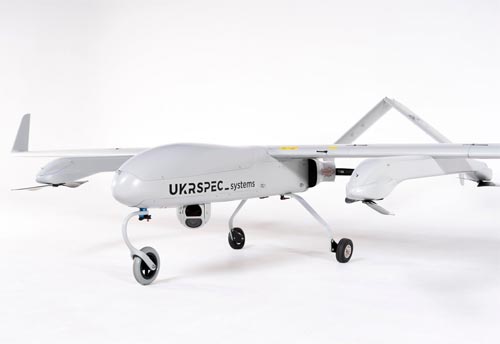 The success of the UKRSPEC Systems PD-1 modular Unmanned Aircraft System (UAS) has led to its natural developmental evolution - the PD-2. Unlike the PD-1, which can be modified into a Vertical Take-Off and Landing (VTOL) form, the versatile, all-weather PD-2 features this capability from the outset. The same high-winged monoplane planform with twin-booms is employed with the lift propellers mounted outboard of centerline - giving the unit unique agility and a "go anywhere" capability not seen in many UASs of this class. The type is versatile enough to satisfy requirements across military, civilian, and industry sectors.

With development having been started in 2019, the new and improved PD-2 was introduced to the market in 2021. Testing was undertaken in 2020.

As in the PD-1 before it, the PD-2 has a centralized fuselage housing the avionics, fuel stores, optics, and powerplant. The optics set sits in a traversing blister under the nose with the engine mounted at the rear of the fuselage in pusher arrangement. The 4-stroke, gasoline-fueled engine drives a two-bladed propeller unit sitting between the two tail booms which emanate from the mainplane trailing edges. The booms themselves are joined by way of inward-canted vertical planes at the rear of the aircraft. The mainplanes are straight in their general shape and capped by winglets. The tricycle undercarriage is wheeled and an optional assembly for the aircraft.

Internally, there is a small bay at the belly of the fuselage to house cargo loads. Additionally, cargo-hauling can be enhanced by mounting slim pods under each wing member (in place of the lift propellers).

The lift system of the UAS involves four independent, twin-bladed propeller units paired in parallel assemblies to either side of the fuselage. This gives the aircraft the VTOL capability which allows it to access areas typically inaccessible by fixed-wing drones of similar class. Coupled with the pusher prop, the UAS has unparalleled versatility to accomplish various over-battlefield tasks as called upon.

The PD-2 has an eight-hour endurance window, can reach operating altitudes of 4,500 meters, and carry a payload of up to 11 kilograms with an MTOW rating of 55 kilograms. Operational ranges reach 1,100 kilometers and speeds peak at 140 kilometers-per-hour. Its composite, small footprint airframe sports low radar visibility, making it more difficult to be tracked by enemy radar systems.

As with the PD-1, modularity is at the heart of the PD-2's design, able to take on whole new mission configurations within minutes, enhanced by ease-of-use through a tool-less approach and low-cost procurement / maintenance. New configurations can be had in as little as fifteen minutes.

The basic camera fit includes full-High Definition (HD) video with Electro-Optical / InfraRed (EO/IR) support and 30x optical zooming. Targets can be tracked despite the aircraft moving through the air as the optics are of pinpoint quality and fully-stabilized. A single Ground Control Station (GCS) is able to control several of the UASs with data transmission also possible to multiple ground sources.

Flights can be pre-planned, leaving the aerial unit to its own devices when needed. The take-off and landing functions can also be wholly automated. The in-built generator is also charged while the unit is inflight, keeping batteries topped-off as necessary.

Beyond the changing mission set, the frame of the PD-1 itself can be reconfiguration to suit operator needs. These is the basic VTOL fixed-wing version and a dedicated fixed-wing form. Additionally, the fixed-wing form can lose its tricycle assembly for a more streamlined appearance and belly-landing capability (not requiring the facilities of a prepared runway / airfield). Comparatively, the VTOL model can be launched from warships while the general fixed-wing form can be operated from traditional prepared surfaces as normal.
Advertisements

(Showcased performance specifications pertain to the base UKRSPEC Systems PD-2 production variant. Compare this aircraft entry against any other in our database or View aircraft by powerplant type)
None. Hardpoints reserved for mission pods. 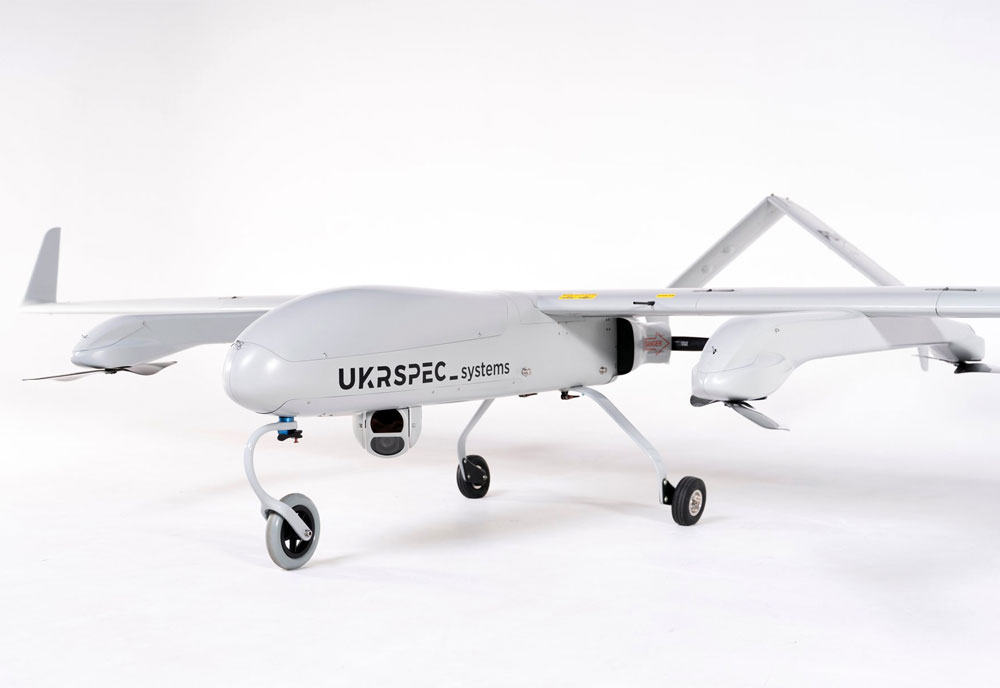 Aviation developments of similar form and function, or related to, the UKRSPEC Systems PD-2...