The Aeronautics Group Trojan UAS combines an all-electric system with lift propellers and a pusher propeller to achieve exceptional agility and versatility. 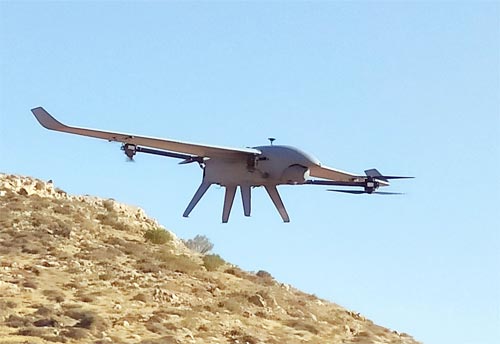 The Trojan is a new-class, long-range Unmanned Aircraft System (UAS) developed by Aeronautics Group of Israel. It combines the qualities of a low-noise, eco-friendly all-electric drive system with Vertical Take-Off and Landing (VTOL) - as well as forward-flight - capabilities in an "all-in-one" solution. This gives the Trojan unprecedented agility in the air and a "go anywhere, do anything" ability typically not seen in modern, tactical-level drone systems.

Described as an "unmanned hover plane", this unique unmanned aircraft was revealed on June 6th, 2022 and has been featured at Eurosatory 2022 in Paris, France.

To achieve this aerial agility, the Trojan makes use of no fewer than four paired, twin-bladed lift propellers coupled with a single propeller arranged in a "pusher" configuration, the latter positioned at the rear of the frame. The lift rotors are set along boom extensions emanating from the lower sides of the frame. Coupled with its all-battery, electrically-driven powerpack, the aircraft can fly out to a range of 95 miles even when carrying a mission payload of 26lb. Its total mission endurance window is about 2.5 hours. Range is enhanced by the solar panels seated within the wings, generating addition power to the unit.

The drone has a conventional design arrangement as quadcopters go: it sees a centralized fuselage / frame housing all pertinent operating, avionics, and mission systems. The optics set is a trainable turret at the chin position of the aircraft with mainplanes (of 14-foot span) seated high along the sides of the frame. Landing / ground-running is managed through a simple, low-cost four-legged assembly. The lift propeller boom extensions sit under the mainplane line and above the legs.

The aircraft is communicated with through Aeronautics own Ground Control Station (GCS) by the operator through radio link or SATellite COMmunications (SATCOMs). The GCS has the ability to network up to four Trojan air systems at once.

The Israeli Defense Force (IDF) was announced as the first military customer of the Trojan where its value will be in clandestine ISR operations. The drone also has inherent qualities to serve civilian and industry sectors as well and could prove a valuable ally in Search and Rescue, humanitarian, border control / enforcement, and engineering review sorties.©MilitaryFactory.com
Note: The above text is EXCLUSIVE to the site www.MilitaryFactory.com. It is the product of many hours of research and work made possible with the help of contributors, veterans, insiders, and topic specialists. If you happen upon this text anywhere else on the internet or in print, please let us know at MilitaryFactory AT gmail DOT com so that we may take appropriate action against the offender / offending site and continue to protect this original work.
Advertisements


(Not all ordnance types may be represented in the showcase above)
Trojan - Base Series Name. 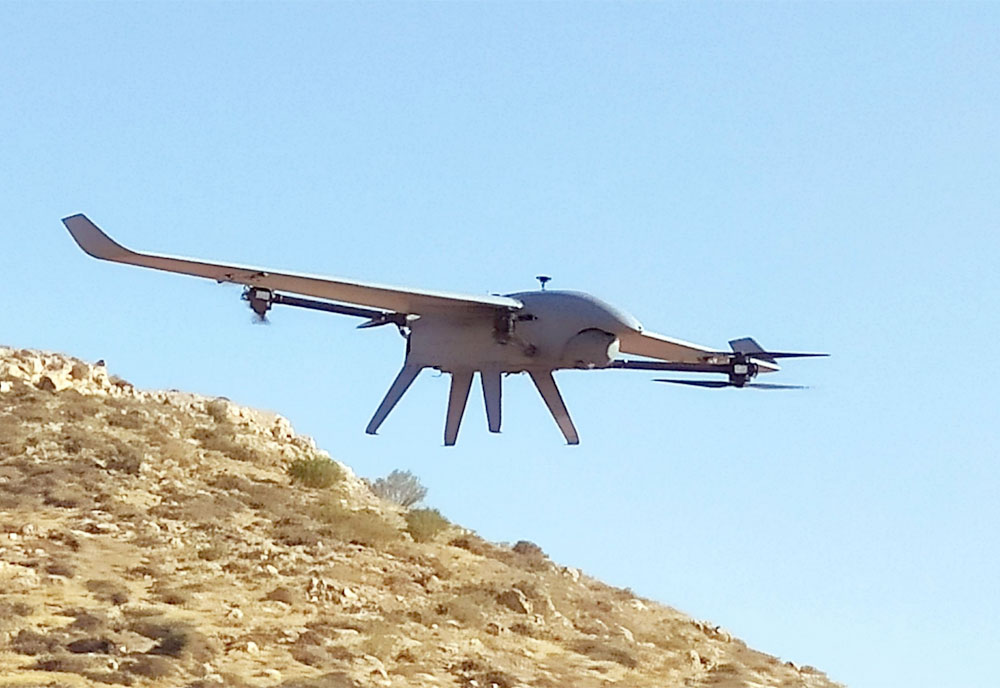