The Sirtap UAS is a tactical-level unmanned solution being developed by Airbus of France. 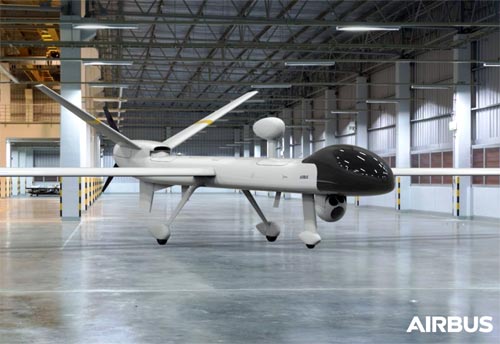 The Sirtap Unmanned Aircraft System (UAS) is a tactical-level drone developed by Airbus of France originally for the nations of Colombia and Spain. The system is an all-weather solution and can be deployed at the military, civilian, and industry levels showcasing an inherently versatility-in-design. Its primary focus is that of Intelligence-Surveillance-Reconnaissance (ISR) sorties with the flexibility to undertake other over-battlefield roles including SIGnals INTelligence (SIGINT), Electronics INTelligence (ELINT), COMmunications INTelligence (COMINT), border patrol / border enforcement, ground target acquisition / designation, Search and Rescue (SAR), general research / data collection, maritime enforcement, firefighting, and convoy support.

The Sirtap system sees a tubular fuselage with bulbous nose section. Under the nose is the camera fit containing the usual Electro-Optical / Infra-Red (EO/IR) arrangement and these are mounted to a traversing blister at the "chin" position of the fuselage. The payload capability reaches 150 kilograms and MTOW is 750 kg. Over the dorsal line of the fuselage is a sensor pod. The tail unit relies on outward-canted tailplanes in a V-style arrangement with a single ventral fin added under the empennage for additional control. The mainplanes are mid-mounted members along the side of the fuselage and seated amidships. The undercarriage is wheeled and fixed-in-flight and can provide a rough-field landing capability if needed. Propulsion power is through a conventional engine driving a three-bladed propeller unit at the rear of the fuselage.

The drone has a mission endurance window of 20 hours and can reach operating altitudes of 21,000 feet while operating in both day and night environments over land and sea. Range is enhanced through SATellite COMmunications (SATCOM) and handovers can be accomplished between two Ground Control Stations (GCSs). Transportation is aided by the removable mainplane members after which the unit can be stored in hard containers for transport. The unit is air-transportable in the belly of a CN-295 tactical transport or similar and two systems can be transported in this fashion.

The project appears to have been shelved for a time until the 2022 War in Ukraine sparked renewed interest in the tactical-level drone solution mainly due to the strong showing of the Turkish Bayraktar TB2 series.©MilitaryFactory.com
Note: The above text is EXCLUSIVE to the site www.MilitaryFactory.com. It is the product of many hours of research and work made possible with the help of contributors, veterans, insiders, and topic specialists. If you happen upon this text anywhere else on the internet or in print, please let us know at MilitaryFactory AT gmail DOT com so that we may take appropriate action against the offender / offending site and continue to protect this original work.
Advertisements

(Showcased performance specifications pertain to the base Airbus Sirtap production variant. Performance specifications showcased above are subject to environmental factors as well as aircraft configuration. Estimates are made when Real Data not available. Compare this aircraft entry against any other in our database or View aircraft by powerplant type)
Initially none. Mission-equipment limited to sensors and optics for the ISR role.


(Not all ordnance types may be represented in the showcase above)
Sirtap - Base Series Name. 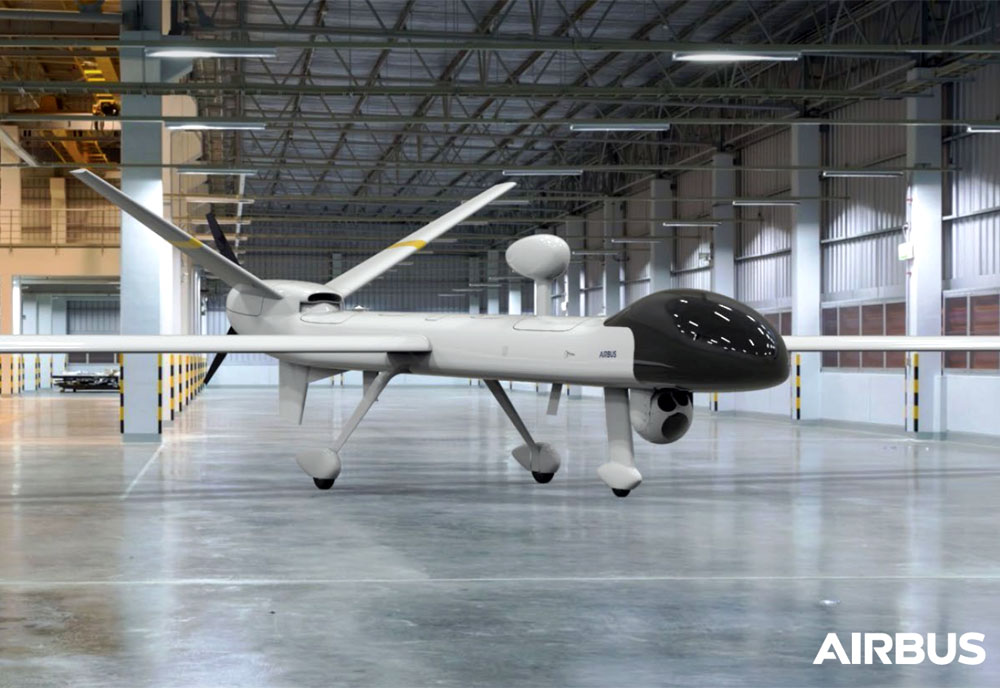