Brewster contributed to total F4U Corsair fighter production during World War 2 with its F3A copy - it would be its last notable aircraft effort.

Authored By: Staff Writer | Last Edited: 06/11/2022 | Content ©www.MilitaryFactory.com | The following text is exclusive to this site. 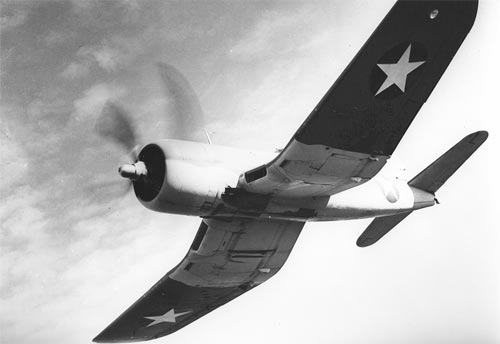 The Brewster Aeronautical Corporation joined Goodyear in being selected to manufacture the classic F4U "Corsair" carrierborne single-seat, single-engine fighter developed by Chance Vought for the United States Navy (USN) during World War 2 (1939-1945). The company's contribution aircraft were known under the designation of "F3A" while Goodyear models became the "FG". The Brewster Corsair stock was primarily sent to Britain and operated under the name of "Corsair Mk.III" but their quality (deficiencies in the wing members were found, limited their aerobatics) suffered such that none of the mark saw frontline combat.

Because of internal labor issues causing delays for the USN, the Corsair contract was eventually cancelled, leading to the demise of Brewster as an aircraft-producer in America.

Regardless, the Brewster Corsair design was centered around the original F4U-1 production model - the initial production form offered by Chance Vought. These had a heavily-framed "birdcage" style canopy, carried 6 x 0.50 caliber Heavy Machine Guns (HMGs) as standard armament (three guns to a wing member), and were powered by the powerful Pratt & Whitney R-2800-8 "Double Wasp" air-cooled radial piston engine driving a sizeable (13-foot-diameter) three-bladed propeller unit at the nose. The aircraft used a "tail dragger" retractable undercarriage for ground running and the pilot at near midships aft of the long-running nose. The distinct "gull wing" mainplane configuration was a hallmark of the series and included in the Brewster copy of the aircraft.

For its part in the war, the Corsair managed an excellent 11:1 kill ratio against the Japanese and was valued enough to see continued combat service in the subsequent Korean War (1950-1953).©MilitaryFactory.com
Note: The above text is EXCLUSIVE to the site www.MilitaryFactory.com. It is the product of many hours of research and work made possible with the help of contributors, veterans, insiders, and topic specialists. If you happen upon this text anywhere else on the internet or in print, please let us know at MilitaryFactory AT gmail DOT com so that we may take appropriate action against the offender / offending site and continue to protect this original work.
Advertisements

ARMORING Survivability enhanced by armor allocated to protect pilot / crewspaces and / or critical operating systems.
RUGGED AIRFRAME Inherent ability of airframe to take considerable damage.
HIGH-SPEED PERFORMANCE Can accelerate to higher speeds than average aircraft of its time.
HIGH-ALTITUDE PERFORMANCE Can reach and operate at higher altitudes than average aircraft of its time.
MARITIME OPERATION Ability to operate over ocean in addition to surviving the special rigors of the maritime environment.
BAILOUT PROCESS Manual process of allowing its pilot and / or crew to exit in the event of an airborne emergency.
CREWSPACE PRESSURIZATION Supports pressurization required at higher operating altitudes for crew survival.
ENCLOSED CREWSPACE(S) Features partially- or wholly-enclosed crew workspaces.
RETRACTABLE UNDERCARRIAGE Features retracting / retractable undercarriage to preserve aerodynamic efficiency.

(Showcased performance specifications pertain to the Brewster F3A Corsair Mk.III production variant. Performance specifications showcased above are subject to environmental factors as well as aircraft configuration. Estimates are made when Real Data not available. Compare this aircraft entry against any other in our database or View aircraft by powerplant type)
6 x 0.50 caliber (12.7mm) Browning M2 air-cooled, belt-fed Heavy Machine Guns (HMGs) in wings (three guns to a wing member). 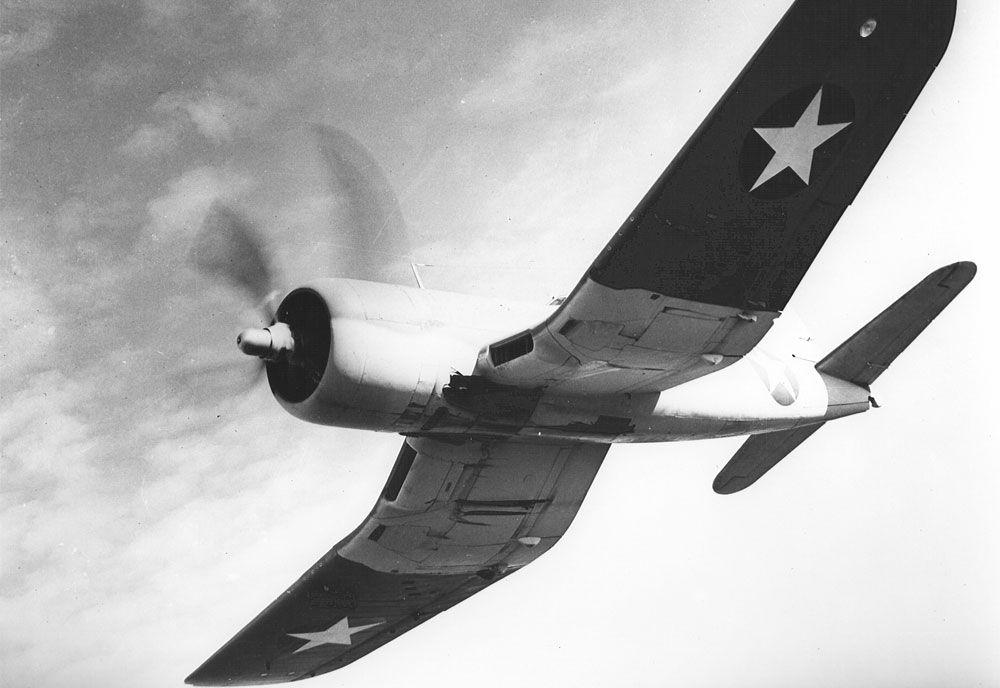 Aviation developments of similar form and function, or related to, the Brewster F3A (F4U-1) Corsair...