The Punisher is a Ukrainian-developed reusable attack drone seeing action in the ongoing Ukrainian-Russian War.

Authored By: Staff Writer | Last Edited: 06/07/2022 | Content ©www.MilitaryFactory.com | The following text is exclusive to this site. 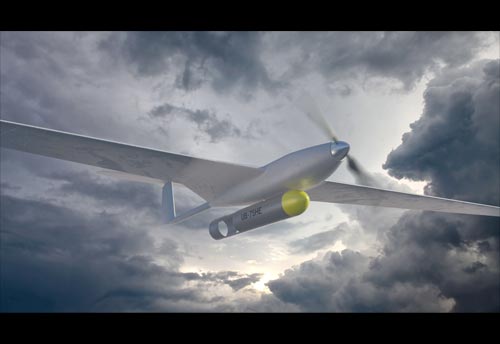 The "Punisher" is an all-weather, low-cost reusable attack drone designed, developed, and manufactured by UA Dynamics of Ukraine. The system utilizes a conventional design approach to produce a useful over-battlefield solution capable of engaging "soft" / unarmored targets from above. Beyond its obvious attack value, the aircraft can also be used for intelligence-gathering, surveillance of key areas, general tactical-level reconnaissance work, Search & Rescue (SAR), psychological sorties (PSYOPS), SPECial OPerationS (SPECOPS) support, and artillery spotting / correction. The type has been in active use since the Russian invasion of Ukraine in February 2022.

Unlike loitering munitions in the drone world, whose fuselages are expended in full following the attack phase, the Punisher's airframe is reused in subsequent attacks (requiring reload of ordnance on the ground).

The drone is given a conventional design arrangement, driving by a two-bladed propeller unit at the nose. The fuselage is slim and aerodynamically refined with the mainplanes mid-mounted along the fuselage sides near midships. The fuselage tapers to the empennage to which a single rudder fin supports a horizontal plane for the needed control (resulting in a "T-style" tail unit). Under the fuselage can be affixed an air-droppable, impact-detonated High-Explosive (HE) "dumb" bomb (UB-75HE, MACE, thermobaric).

The drone has a maximum combat range of 45 kilometers, requires just 15 minutes to prepare, and can be reloaded and made ready to launch in just 5 minutes. Maximum speed is nearly 200 kmh.

The battery-operated electric drive provides the aircraft with low noise operating levels and zero / near-zero thermal signatures to prying enemy instruments on the ground. A catapult is used for launching and recovery is handled on the ground.

The complete Punisher system includes two versions of the drone - the airstrike form and a reconnaissance model, each with three replacement batteries allotted. Control is via a Ground Control Station (GCS). The kit rounds out with the necessary transport containers and spare parts as well as applicable components.©MilitaryFactory.com
Note: The above text is EXCLUSIVE to the site www.MilitaryFactory.com. It is the product of many hours of research and work made possible with the help of contributors, veterans, insiders, and topic specialists. If you happen upon this text anywhere else on the internet or in print, please let us know at MilitaryFactory AT gmail DOT com so that we may take appropriate action against the offender / offending site and continue to protect this original work.
Advertisements

(Showcased performance specifications pertain to the UA Systems Punisher production variant. Performance specifications showcased above are subject to environmental factors as well as aircraft configuration. Estimates are made when Real Data not available. Compare this aircraft entry against any other in our database or View aircraft by powerplant type)
1 x 2kg air-droppable bomb (HE, MACE, thermobaric).

(Not all ordnance types may be represented in the showcase above)
Hardpoint Mountings: 0
Mounting Points 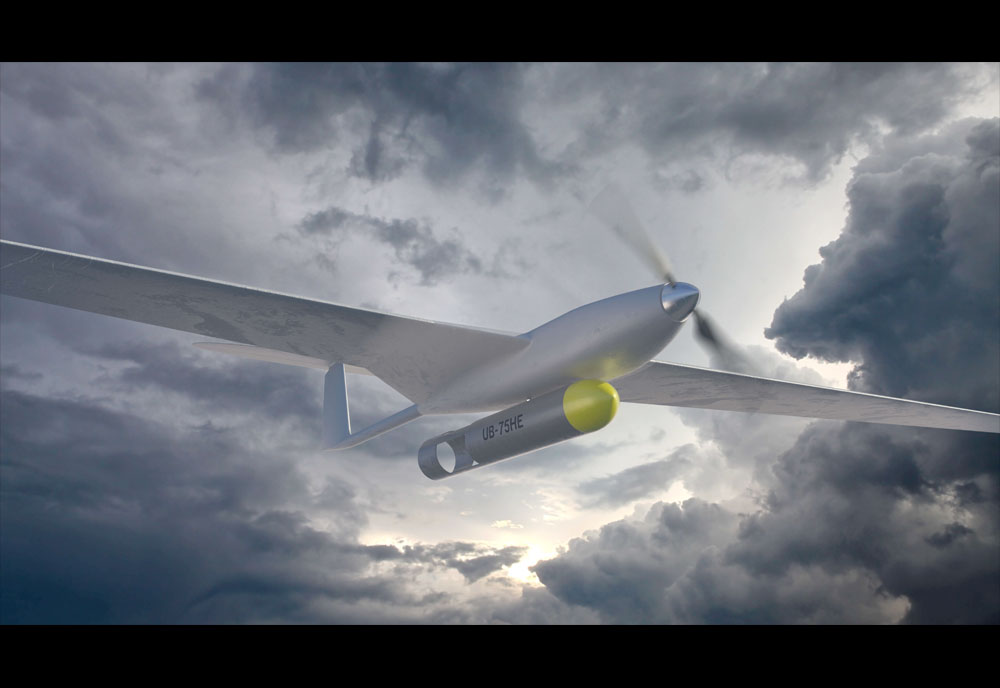