The ultimately-abandoned Lockheed L-205 of the early-1950s attempted to convince USAF authorities of its value - as a high-performance supersonic interceptor.

Authored By: Staff Writer | Last Edited: 05/24/2022 | Content ©www.MilitaryFactory.com | The following text is exclusive to this site. 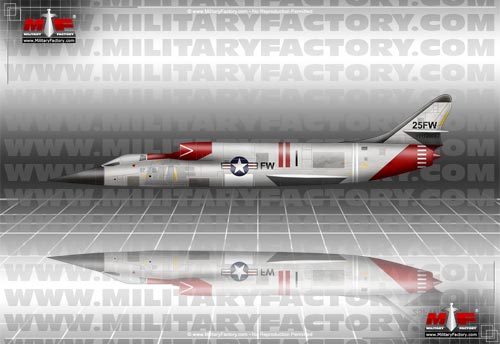 Once straightline, level supersonic flight had been proven by the Bell X-1 rocket-powered research aircraft (detailed elsewhere on this site) in October of 1947, attention of aerospace designers turned toward producing a viable military end-product to serve the post-World War 2 United States Air Force (USAF) as its first supersonic performer. Eventually embodied by such types as the North American F-100 "Super Sabre", McDonnell F-101 "Voodoo", and the CONVAIR F-102"Delta Dagger", the end of the road went through several stops involving many proven players of the defense industry of the time including the Lockheed Corporation.

The L-205 project aircraft was a submission by the company to cover the future requirement and emerged around January 1951 in paper form. It was drawn up to satisfy the official XM1554 interceptor specification of 1950 seeking a readied solution as soon as 1954.

In true Lockheed fashion, the aircraft was given a sleek and aerodynamically-refined exterior for the expected supersonic speeds. The general design of this fighter was of single-seat configuration with the pilot in his ejection seat under a two-piece canopy aft of the nose cone assembly. Mainplanes were of relatively small surface area and seated aft of midships for balance, the low-mounted planes tapering at both the leading and trailing edges while being clipped at their tips (of similar form-and-function to another supersonic Lockheed product, the F-104 "Starfighter"). The wingtips would mount fuel tanks for extended operational ranges (same as in the F-104). The fuselage tapered towards the rear and was capped by a single vertical tailfin mounting mid-set horizontal planes. The propulsion scheme saw the system exhaust from under the tailfin. A wheeled, retractable undercarriage was to be featured for ground-running.

The most unique (and relatively unconventional for the time) aspect of this entry was the intake which was a semi-circular opening sat over the fuselage along the dorsal line and just behind the canopy / cockpit section. This feature cleared the lower half of the airframe of obstructions and streamlined airflow under the fighter while adding inherent protection of the air-breathing engine from ingestion of foreign objects.

Though no specific powerplant was specified, the performance requirements of the day (primarily to be limited by technology) would result in a fighter with a maximum speed of at least 1,265 miles-per-hour (to achieve the Mach 1 goal) while flying to altitudes of over 60,000 feet - well within the expected target altitude for interception of Soviet bombers. Interception would be aided by an advanced onboard Fire Control System (FCS) and, to guarantee target destruction, armament was to center on current-generation missile technology. In the case of the L-205, this was to be 6 x "Falcon" Air-to-Air Missiles (AAMs) along with 20 x 70mm High-Explosive (HE) fin-stabilized aerial rockets all housed in an internal weapons bay at the belly (another feature to keep the fighter streamlined).

Like other project fighters of the immediate post-World War 2 period, this Lockheed entry was not selected for further work despite its promising qualities.
Advertisements 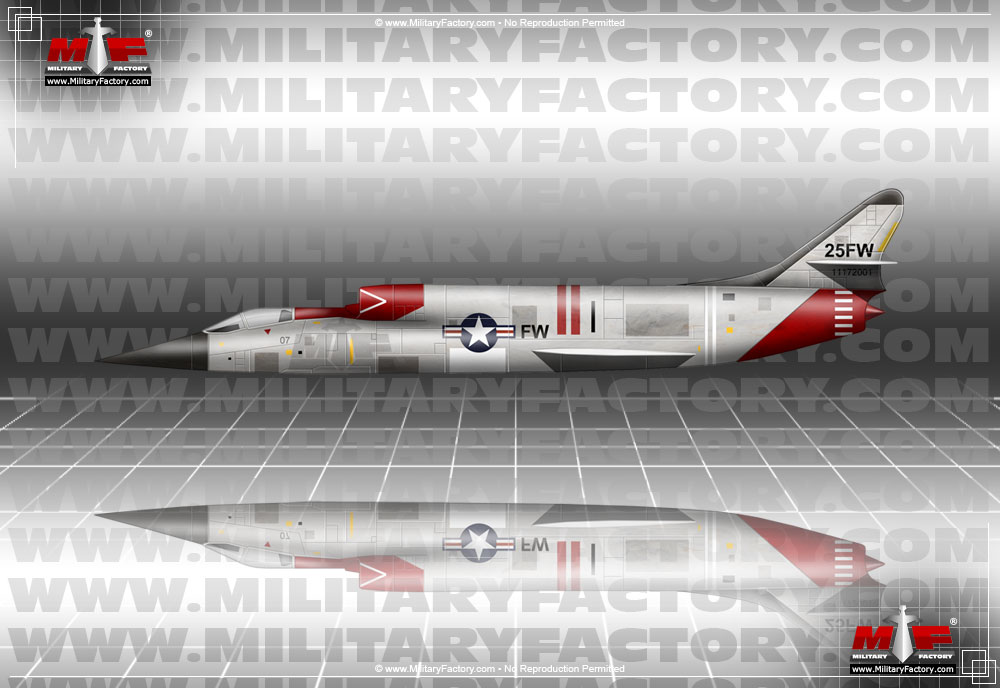