Authored By: Staff Writer | Last Edited: 05/24/2022 | Content ©www.MilitaryFactory.com | The following text is exclusive to this site. 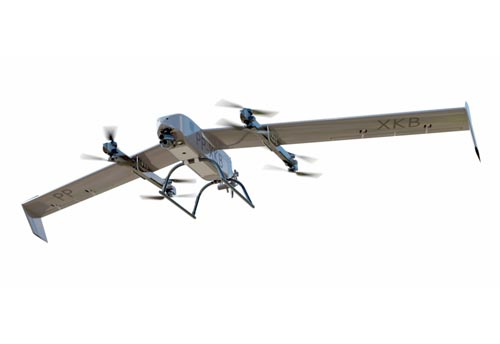 The XMobots of Brazil bills its System NAURU 1000C as the first of its kind Unmanned Aerial Vehicle (UAV) to be developed in Latin America. The drone is an "octacopter" type design featuring eight lift motors and a single pusher propeller while featuring such qualities as a fixed landing skid, underslung optics set, and full Vertical Take-Off and Landing (VTOL) flight capabilities. The design is useful in military, civilian, and industry environments, covering such sorties as Intelligence-Surveillance-Reconnaissance (ISR), general security, engineering review, Search and Rescue (SAR), border enforcement / monitoring exercises and the like.

The general layout of the aircraft is somewhat unique: the lift propellers are held outboard on extended booms slung under the wing mainplanes. The mainplanes are shoulder-mounted and slightly swept-back in their general design with winglet wingtips for added control and stability. The optics are mounted in a rotating blister at the "chin" position, giving unobstructed views of the terrain below. The landing skid is a simple two-point pipe assembly and this component is fitted under the center-mass of the aircraft - providing an in-built "go-anywhere, land-anywhere" capability common to manned helicopters and other VTOL-minded UAVs.

The lift system consists of eight total twin-bladed propeller units, these paired at four points on the airframe. The propulsion system is of hybrid design, relying on a conventional combustion engine (Zanzoterra Technologies 305HS of 29 horsepower) coupled with 8 x T-Motor 11.5 horsepower electric motors (brushless) providing up to 10 hours of flight time while cruising at 60 knots up to a ceiling of 10,000 feet. While the electric drive powers the lift motors, the conventional motor drives a two-bladed propeller seated at the rear of the airframe in "pusher" configuration to achieve forward flight.

The 6 kilogram optics set is a 360-degree trainable (+10 to -90 degree tilting) mounting with a gyro-stabilized gimbal providing High-Definition (HD) day-night imagery. The set supports Electro-Optical (EO), thermal, Medium-Wave Infra-Red (MWIR), and laser range-finder to cover general reconnaissance / scouting, Electronic Warfare (EW), cargo hauling / delivery, target detection / designation, and other roles all from the same optics set. The system is designed to lock in on stationary targets and keep pace with moving ones.

Structural dimensions of the aircraft include a wingspan of 7.7 meters with an overall length of 2.9 meters, and a height of 0.98 meters. Maximum Take-Off Weight (MTOW) reaches 150 kilograms while the mission payload is limited to 18 kilograms of equipment.

The complete system includes the drone, ground data terminals, and data-link terminal. Control of the aircraft is by way of two-man team, dual system / status monitors, and flight simulator-style HOTAS (Hands-On Throttle and Stick) controller setup - all housed in a transportable shipping container operating station.©MilitaryFactory.com
Note: The above text is EXCLUSIVE to the site www.MilitaryFactory.com. It is the product of many hours of research and work made possible with the help of contributors, veterans, insiders, and topic specialists. If you happen upon this text anywhere else on the internet or in print, please let us know at MilitaryFactory AT gmail DOT com so that we may take appropriate action against the offender / offending site and continue to protect this original work.

March 2022 - A Memorandum of Understanding (MoU) has been signed between XMobots and missile-maker MBDA to bring the "Enforcer Air" precision-guided missile capability to the System NAURU 1000C drone.

(Showcased performance specifications pertain to the base XMobots System NAURU 1000C production variant. Performance specifications showcased above are subject to environmental factors as well as aircraft configuration. Estimates are made when Real Data not available. Compare this aircraft entry against any other in our database or View aircraft by powerplant type)
None in original form. Talks are in place to bring a Precision-Guided Missile attack capability to the series through the MBDA "Enforcer Air" PGM.


(Not all ordnance types may be represented in the showcase above)
System NAURU 1000C - Base Series Designation. 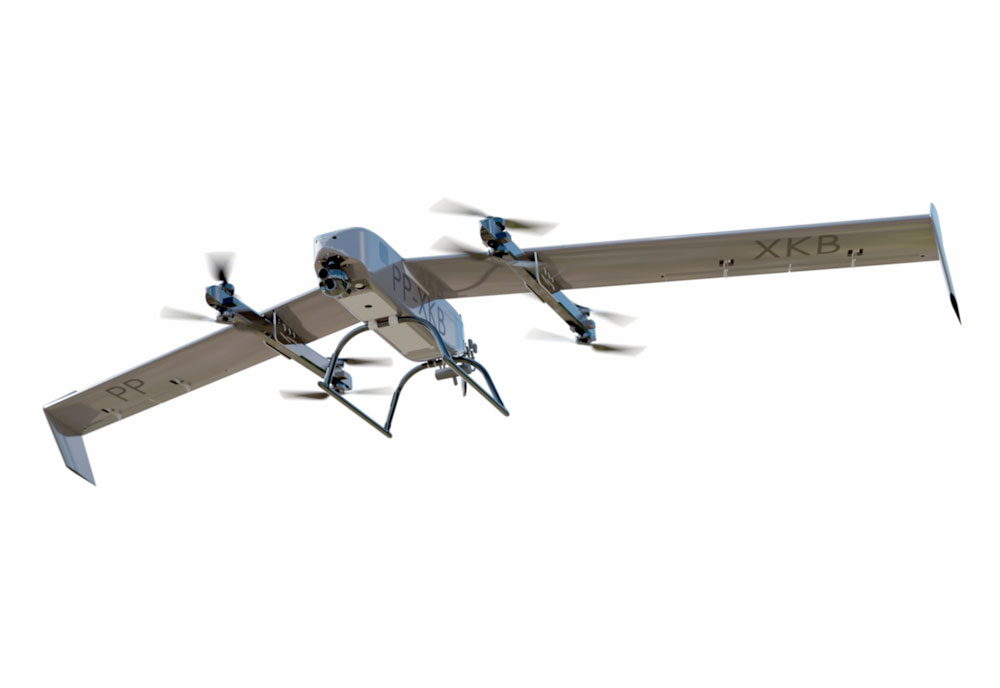