The Lockheed L-242 was a simple, proposed navalized conversion of the land-based supersonic F-104 Starfighter eventually taken on by the USAF.

Authored By: Staff Writer | Last Edited: 08/03/2022 | Content ©www.MilitaryFactory.com | The following text is exclusive to this site. 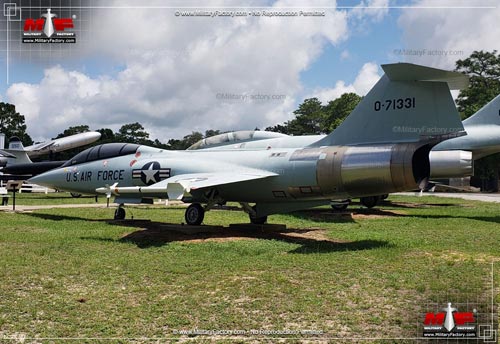 The Lockheed L-242 project fighter was a proposed navalized version of the classic Lockheed F-104 "Starfighter" supersonic interceptor (detailed elsewhere on this site) intended for the United States Navy (USN). The design emerged in 1953 in an effort to provide the service with its first true supersonic performer (concerning straightline performance, not just in a diving action) and was developed alongside the land-based form which was eventually taken into United States Air Force (USAF) service as the Starfighter in February of 1958.

Like its Air Force counterpart, the L-242 retained the iconic ultra-thin and stubby wing mainplanes. These were of straight general design, fitted midway along the sides of the fuselage, and sported tapering at both the leading and trailing edges along with clipped tips. The wings emanated from the intake housings which straddled the fuselage and were used to aspirate the air-breathing engine within. The cockpit remained along the dorsal line of the well-pointed nose assembly and the tail unit utilized a high-mounted "T-style" arrangement with all-moving planes for enhanced agility. For ground-running, the same retractable (wheeled) tricycle undercarriage would remain in play.

Due to the inherently short nature of the mainplanes, no wing-folding would be needed aboard American carriers for storage. As a carrierborne aircraft, however, the design as to carry the requisite launching equipment for deck-based take-offs and an arrestor hook for carrier landings.

Standard armament would center on 4 x 20mm internal automatic cannons seated under the cockpit floor with two gun ports positioned to a fuselage side. Beyond this, the aircraft would have had provision for new-generation Air-to-Air Missiles (AAMs) as well as aerial rockets of the 50mm variety. As in the F-104, the L-242 would have carried wingtip fuel tanks for extended operational ranges. Internally, the fighter would be equipped with the APG-34 series radar system to enhance air-to-air capability over water.

Several high-profile engine options were available with engineers eventually settling on the Wright TJ31B3 afterburning turbojet offering between 7,500lb (dry) and 11,000lb (with reheat) of thrust. This was the American local-production version of the British Armstrong-Siddeley "Sapphire" used in the Gloster Javelin, Handley Page Victory, and Hawker Hunter designs. Wright produced this engine under license as the "J65" which went on to power such Navy fighters as the Douglas A-4 "Skyhawk" and Grumman F-11 "Tiger".

With room to grow in the design, the aircraft could later be fitted with uprated, more efficient and higher-performance powerplants as technology and mission need dictated.

As finalized, the fighter had an overall length of 48.2 feet with a wingspan of just 22 feet. Take-off weight was to reach 18,800lb. Performance-wise, this supersonic performer was rated with a maximum speed of Mach 1.75 on full afterburner. Rate-of-climb was just short of 40,000 feet-per-minute reaching altitudes beyond 50,000 feet. Operational combat radius was 485 miles.

At any rate, the L-242 was not selected for further work.©MilitaryFactory.com
Note: The above text is EXCLUSIVE to the site www.MilitaryFactory.com. It is the product of many hours of research and work made possible with the help of contributors, veterans, insiders, and topic specialists. If you happen upon this text anywhere else on the internet or in print, please let us know at MilitaryFactory AT gmail DOT com so that we may take appropriate action against the offender / offending site and continue to protect this original work.
Advertisements

RADAR-CAPABLE Houses, or can house (through specialized variants), radar equipment for searching, tracking, and engagement of enemy elements.
HIGH-SPEED PERFORMANCE Can accelerate to higher speeds than average aircraft of its time.
HIGH-ALTITUDE PERFORMANCE Can reach and operate at higher altitudes than average aircraft of its time.
MARITIME OPERATION Ability to operate over ocean in addition to surviving the special rigors of the maritime environment.
PILOT / CREW EJECTION SYSTEM Assisted process of allowing its pilot and / or crew to eject in the event of an airborne emergency.
ENCLOSED CREWSPACE(S) Features partially- or wholly-enclosed crew workspaces.
RETRACTABLE UNDERCARRIAGE Features retracting / retractable undercarriage to preserve aerodynamic efficiency.

(Showcased performance specifications pertain to the base Lockheed L-242 production variant. Performance specifications showcased above are subject to environmental factors as well as aircraft configuration. Estimates are made when Real Data not available. Compare this aircraft entry against any other in our database or View aircraft by powerplant type)
PROPOSED:
4 x 20mm internal automatic cannons in lower nose assembly. 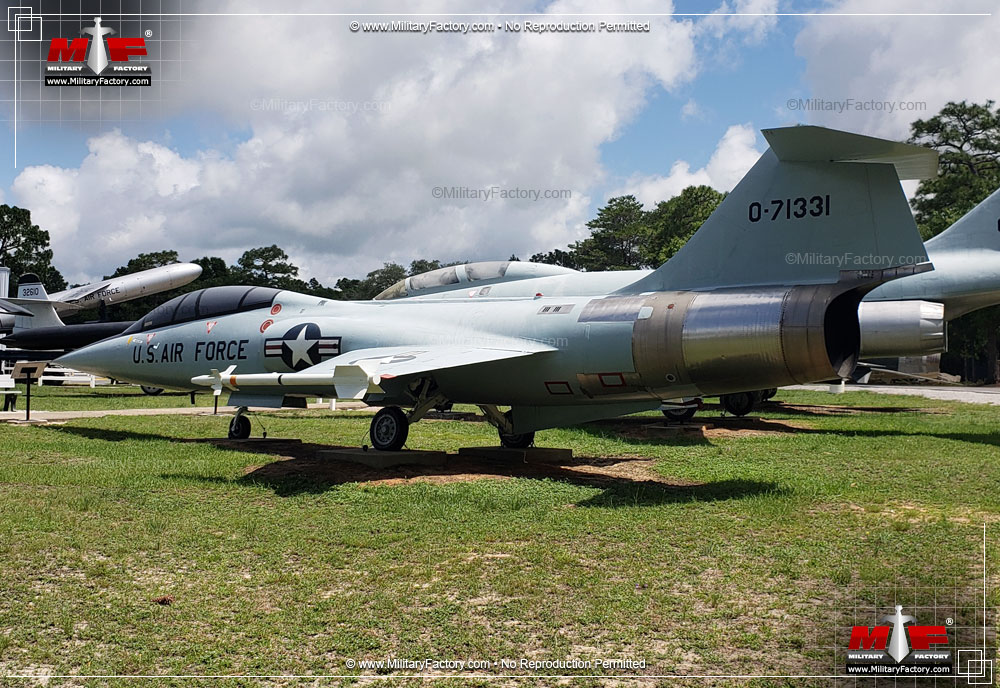