The Naval Aircraft Factory N3N primary trainer biplane served the United States Navy prior to - and during - World War 2 and into the Cold War period that followed.

Authored By: Staff Writer | Last Edited: 05/12/2022 | Content ©www.MilitaryFactory.com | The following text is exclusive to this site. 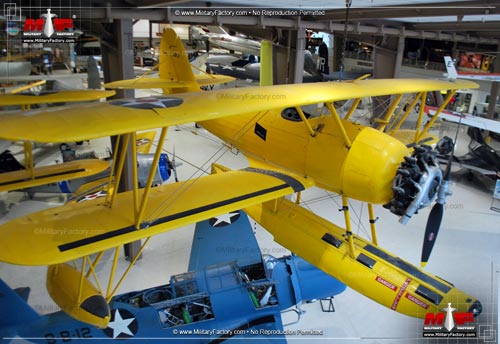 The Naval Aircraft Factory (NAF) was an industrial center in Philadelphia founded by the United States Navy (USN) in 1917 to bolster the American war effort during World War 1 (1914-1918). This occurred during a time when the United States Army Air Corps (USAAC) received much of the manufacturing attention from aerospace industry, leaving the Navy to fill its own requirements and supply gaps on its own. The NAF, therefore, provided its own solutions to ongoing issues and even delved into service-centric experimental designs for possible adoption later on. The industrial park went on to serve the Navy into World War 2 (1939-1945) after which point it was shut down with the cessation of hostilities.

The N3N was the last biplane aircraft to be procured by the United States Navy.

One of the storied products to emerge from the facility was the Naval Aircraft Factory N3N - a primary trainer of biplane planform seating two and developed into both land-based (wheeled) and maritime / overwater (floatplane-equipped) versions. A first flight was recorded in August of 1935 and service introduction occurred in 1936. From 1935 until 1942, some 997 examples were built and these went on to serve into 1961 before the series was given up for good.

Due to its primarily yellow paint scheme, the aircraft came to be known by the nickname of "Yellow Peril" or "Yellow Bird" to American naval aviators during her time in the air.

In service, the N3N succeeded an outgoing, aging crop of NY-2 and NY-3 wire-braced biplane aircraft built by Consolidated. It first emerged in prototype form as the XN3N-1 and this model carried the Wright J-5 air-cooled radial piston engine at its nose for propulsion power and was completed in extruded aluminum provided by ALCOA (ALuminum COmpany of America). After a successful testing phase, the Navy ordered 179 airframes to fulfill its requirement and first-run units were completed using left-over materials from abandoned Navy observation airships. Before the last aircraft of this first batch was completed, the design had shifted to the Wright R-760-2 "Whirlwind" air-cooled radial piston engine for greater power and enhanced performance. The engines were locally-built by the Navy under license.

Not needing to reinvent the wheel, NAF engineers utilized a design arrangement that was wholly-conventional. The biplane mainplanes were staggered and braced through N-type struts and cabling. The radial engine sat with its cylinders exposed at the front end of the airframe driving a two-bladed propeller unit. The crew of two sat in tandem, open-air cockpits over midships and the fuselage tapered towards the tail, ultimately capped by a rounded vertical fin and low-set horizontal planes.©MilitaryFactory.com
Advertisements

The land-based version had a tail-dragger undercarriage for ground-running that included two main legs under center mass and a tailwheel at the rear. The floatplane-equipped version has a large floatplane under centerline and smaller floats under each lower wing member for balancing on the water.

In practice, the aircraft were well-received. They proved to be robust, agile, and reliable for the purposes of training and soldiered on even beyond the tumultuous war years into the 1950s and 1960s. Due to post-war surplus, the design fell into private hands and was used as both a crop-duster in agriculture and as a sporting racer / aerobatic performer - such was its versatility.

The definitive form, however, was the N3N-3 of which 816 examples were built in all. This version carried the Wright R-760-2 "Whirlwind 7" series radial engine of 235 horsepower and is the model that went on to make a name for itself in service and in its post-service lives. The USN utilized the design for its Midshipmen's Curriculum even into the 1960s.

The aircraft also operated with elements of the United States Marine Corps (USMC) and the United States Coast Guard (USCG).©MilitaryFactory.com
Note: The above text is EXCLUSIVE to the site www.MilitaryFactory.com. It is the product of many hours of research and work made possible with the help of contributors, veterans, insiders, and topic specialists. If you happen upon this text anywhere else on the internet or in print, please let us know at MilitaryFactory AT gmail DOT com so that we may take appropriate action against the offender / offending site and continue to protect this original work.
Advertisements

United States
(OPERATORS list includes past, present, and future operators when applicable)
✓ Training (General)
Developed ability to be used as a dedicated trainer for student pilots (typically under the supervision of an instructor). ✓ Training (Basic)
Used in the aerial training role to cover basics of flight, general handling, take-off/landing actions, and related.

RUGGED AIRFRAME Inherent ability of airframe to take considerable damage.
HIGH-SPEED PERFORMANCE Can accelerate to higher speeds than average aircraft of its time.
HIGH-ALTITUDE PERFORMANCE Can reach and operate at higher altitudes than average aircraft of its time.
EXTENDED RANGE PERFORMANCE Capability to travel considerable distances through onboard fuel stores.
SUPER PERFORMANCE Design covers the three all-important performance categories of speed, altitude, and range.
MARITIME OPERATION Ability to operate over ocean in addition to surviving the special rigors of the maritime environment.

(Showcased performance specifications pertain to the Naval Aircraft Factory N3N-3 production variant. Compare this aircraft entry against any other in our database or View aircraft by powerplant type)
None. 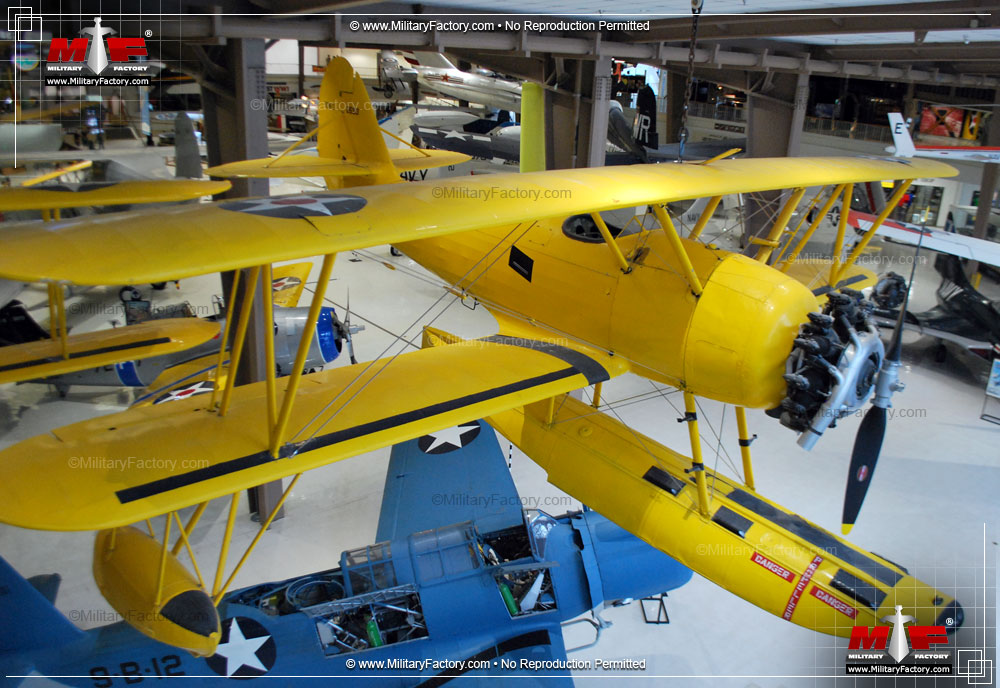 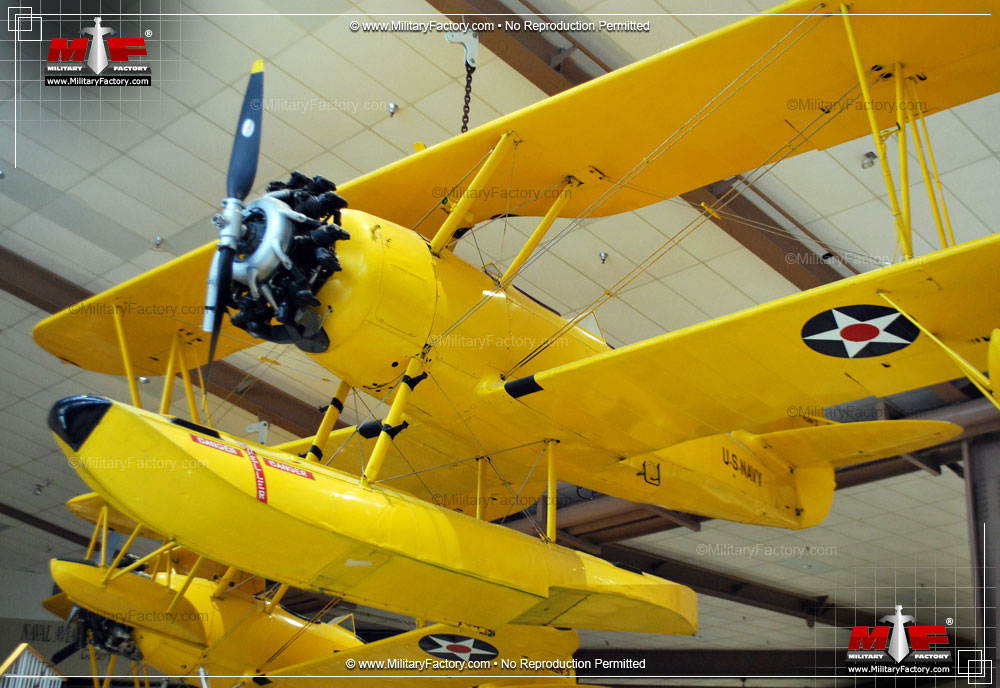 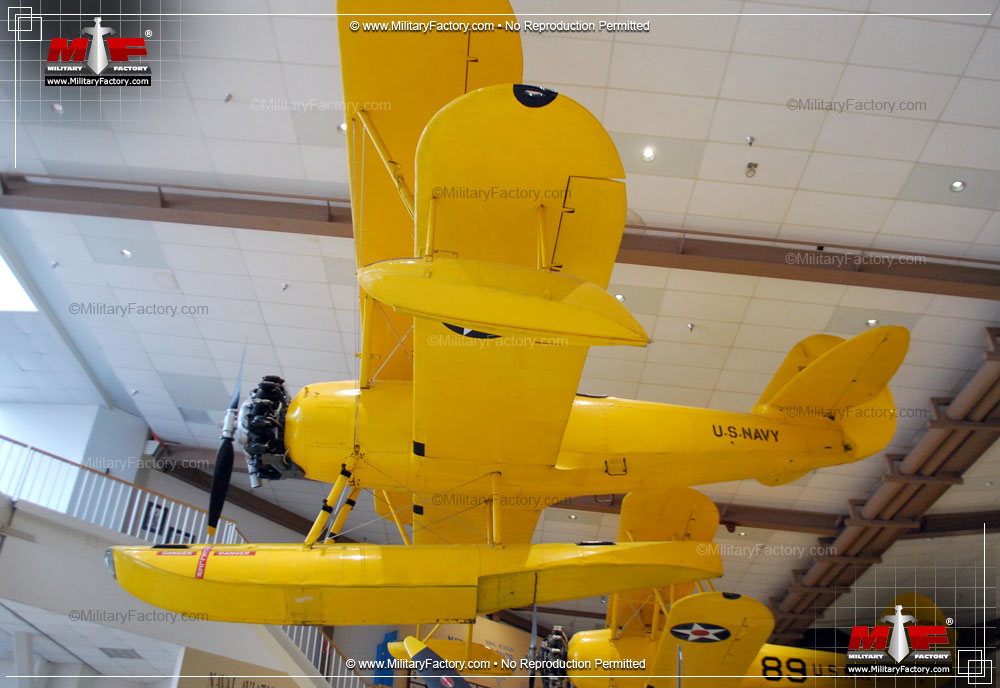 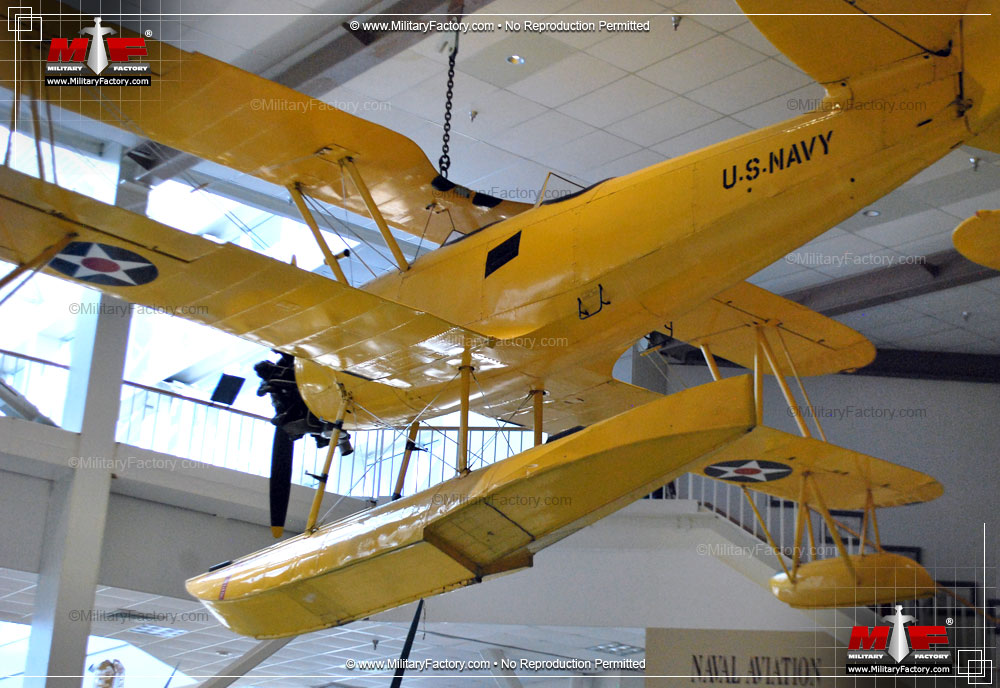