The Spaitech COLUMBA utilizes a sleek blended wing-body design and is just one of several drones marketed by the Spain-based company.

Authored By: Staff Writer | Last Edited: 05/08/2022 | Content ©www.MilitaryFactory.com | The following text is exclusive to this site. 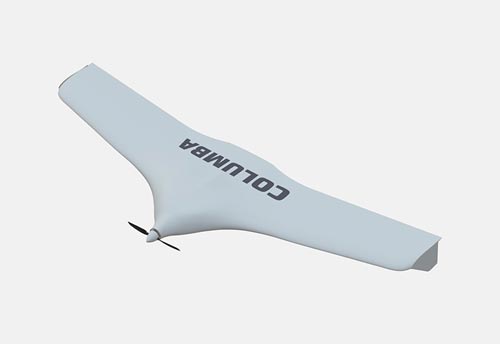 The COLUMBA is a flying-wing drone designed, developed, and produced by Spaitech of Spain. It is a camera-equipped solution built around versatility and reliability, proving suitable for the Intelligence-Surveillance-Reconnaissance (ISR) role and can easily be adopted to cover civilian, humanitarian, and industry requirements as needed. The drone is launched from a catapult assembly and recovered by a parachute-retarded descent back on the ground. Control is by ground-based operator.

The COLUMBA uses a blended "wing-body" design common to "tailless" flying wing aircraft to achieve maximum lift with added drag, enhancing loitering times and increasing internal storage volume for pertinent systems and an optics-based payload. The mainplanes are elegantly-shaped and completed with down-turned tips for additional control and stability in flight. The nose section contains the twin-bladed propeller unit arranged in "puller" fashion while the gyro-stabilized optics "blister" is embedded near center-mass of the aircraft along its ventral line.

The UAS can stay aloft for 120 minutes and fly out to a distance of 120 kilometers while transmitting online at 40 kilometers out. It reaches altitudes of up to 3,000 meters while cruising at speeds of 100 kmh. Maximum Take-Off Weight (MTOW) if 7 kilograms. Its wingspan measures 2 meters across.

The COLUMBA is one of several UASs currently (2022) marketed by Spaitech and includes the flagship SPARROW as well as the WINDHOVER, SPARROW LE, ANSER, and ARDEA.
Advertisements

(Showcased performance specifications pertain to the base Spaitech COLUMBA production variant. Compare this aircraft entry against any other in our database or View aircraft by powerplant type)
None. Payload reserved for real-time camera optics as well as thermal imagers and the like. 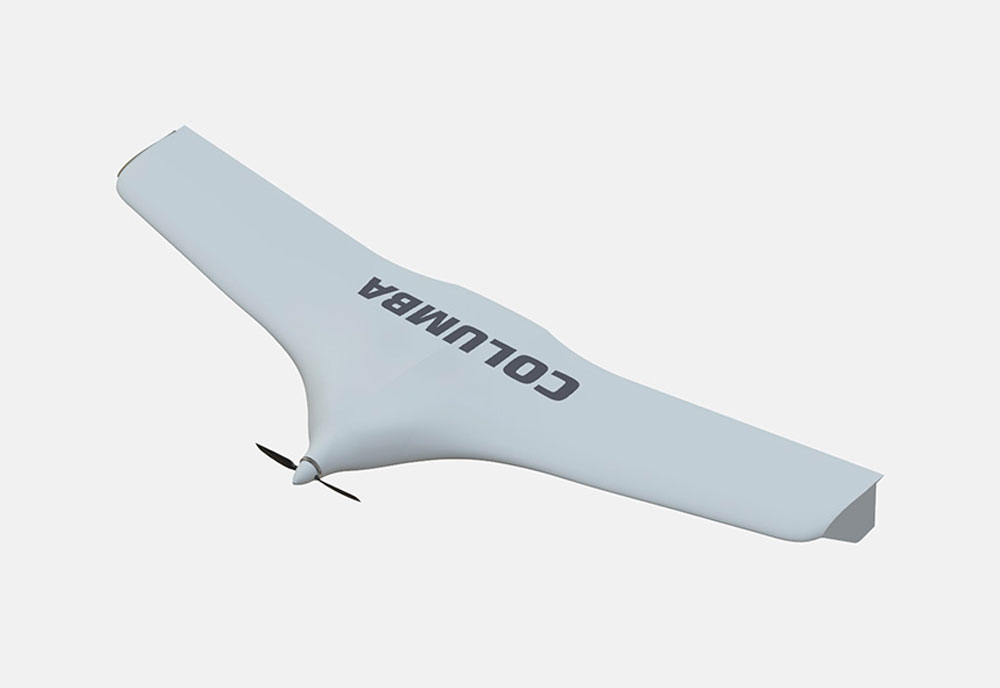