Drawn up as insurance against the Me 163 rocket-powered interceptor, Lippisch put forth his P.20 jet fighter as the Me 334 in propeller form. 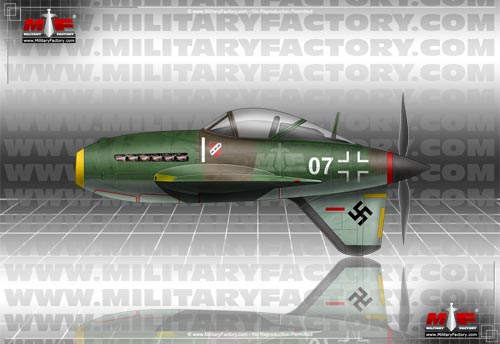 Alexander Lippisch was a prolific aeronautical engineer in Europe during the Nazi German era, responsible for everything from tailless research to rocket-powered aircraft designs intended to fulfill a seemingly endless line of Luftwaffe requirements. One of his greatest achievements became the Me 163 "Komet" (detailed elsewhere on this site) under the Messerschmitt brand label, a rocket-powered interceptor that made a brief appearance as one of the many "Secret Weapons of the Luftwaffe" showcased by the Germans towards the war's end. Beyond this was the "P.13" and all its known variants, the evolved Komet form in the jet-powered "P.15", and the evolved P.15 becoming the jet-powered "P.20". In the post-war years, he lent his talents to help develop the Dornier Aerodyne VTOL (Vertical Take-Off and Landing) testbed.

The Messerschmitt Me 334 was another of Lippisch's entries though only existing in paper form - this aircraft originating as something of an insurance policy against the Me 163B V1 which was delayed by its Walther rocket motor. Lippisch modified his jet-powered P.20 concept to become a simpler piston-driven design, retaining the general stubby shape and arrangement. The mainplanes were slightly swept-back in the revised Me 334 but the vertical tail fin was now relocated ventrally on the fuselage (as opposed dorsally) to help clear the rear of the airframe for the propeller unit. The Me 334 would, therefore, have a "pusher" arrangement with the cut-off nose section used to drive air into the airframe while a long shaft drove the three-bladed propeller unit. As in the proposed P.20 fighter, a wholly-retractable, wheeled undercarriage was to be used for ground-running.

The cockpit was positioned near-center with a lightly-framed canopy offering good vision for the single crewman. Armament was to comprise 2 x 13mm MG131 Heavy Machine Guns (HMGs), each unit buried in the wing roots to either side of the cockpit and offering a good offensive punch against enemy bombers and fighters of the day.

Proposed dimensions included a wingspan of 30.5 feet, an overall length of 22.9 feet, and a height of 12 feet. Wing sweep of the mainplanes amounted to 23.4 degrees to give the fighter basic aerodynamic efficiency at high speeds.

Drive power would have come from a single Daimler-Benz DB605A-C 12-cylinder liquid-cooled inverted Vee engine developing 1,475 horsepower at take-off. This would be used to drive a three-bladed, 9.9-foot diameter propeller centered on a conical spinner at the rear of the airframe.

However, all this fell to naught for the Me 163B eventually received its expected rocket motor and was trialed with success, leaving no room for the insurance-minded Me 334 to continue any sort of further development. As such, it was given up sometime in 1943.©MilitaryFactory.com
Note: The above text is EXCLUSIVE to the site www.MilitaryFactory.com. It is the product of many hours of research and work made possible with the help of contributors, veterans, insiders, and topic specialists. If you happen upon this text anywhere else on the internet or in print, please let us know at MilitaryFactory AT gmail DOT com so that we may take appropriate action against the offender / offending site and continue to protect this original work.
Advertisements

(Showcased performance specifications pertain to the Messerschmitt Me 334 production variant. Performance specifications showcased above are subject to environmental factors as well as aircraft configuration. Estimates are made when Real Data not available. Compare this aircraft entry against any other in our database or View aircraft by powerplant type)
PROPOSED:
2 x 13mm MG131 Heavy Machine Guns (HMGs) with one gun per wing root.

Me 334 - Base Design Designation; paper proposal only. 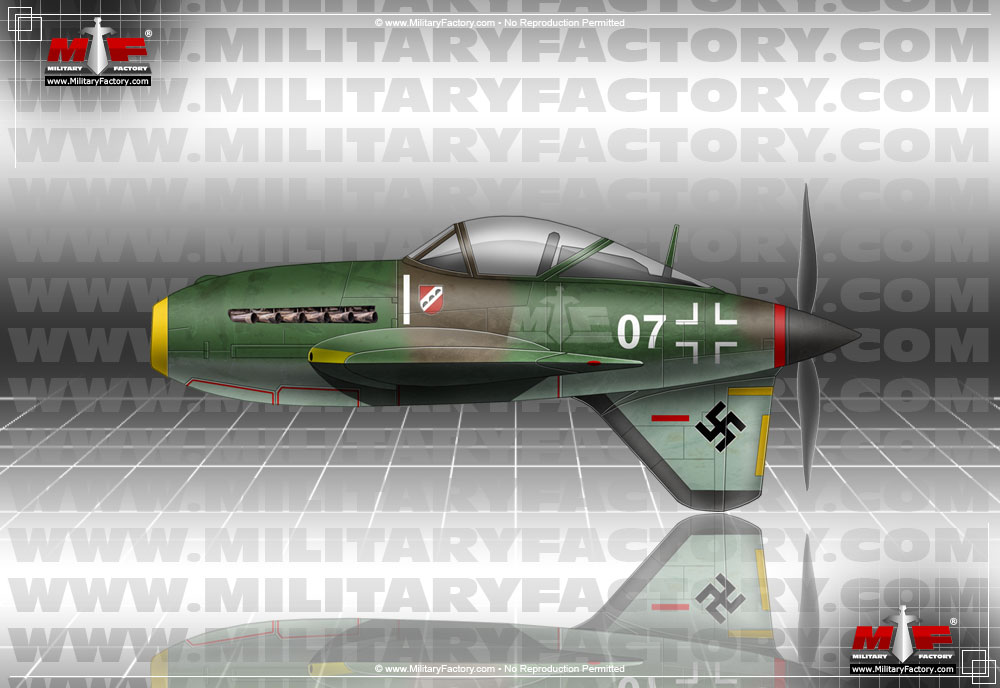 Aviation developments of similar form and function, or related to, the Messerschmitt (Lippisch) Me 334...