Authored By: Staff Writer | Last Edited: 04/22/2022 | Content ©www.MilitaryFactory.com | The following text is exclusive to this site. 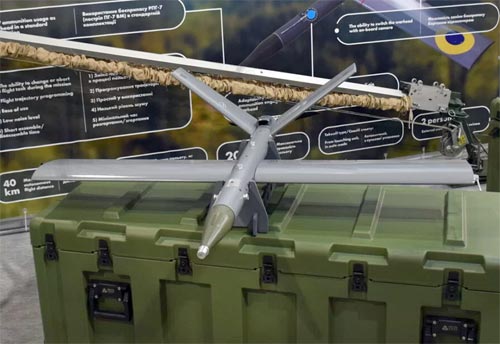 Ukraine-based UKRJET specializes in Unmanned Aerial Systems (UASs) and showcased its UJ-32 "Lastivka" loitering munition drone (alongside other solutions) at the Kyiv Arms Fair in 2021. Loitering munitions offer "kamikaze" type attacks against ground targets in which the entire system is made dispensable. This category remains a growing offshoot of UASs as a whole and represents a decided focus of many industry players as well as modern armies around the world.

As designed, the UJ-32 is able to operate in day or low-light level environments as well as adverse weather conditions, maximizing strikes against non-moving ground and maritime-based targets. Because of the mass availability of the RPG-7 grenade, this lowers manufacturing and procurement costs of the complete system and replacement units.

The simplistic, unique design of the UJ-32 showcases an RPG-7-type grenade projectile as its active charge, this weapon embedded in the nose of the drone's tubular fuselage. The design's configuration includes traditional, straight mainplane members, "V-canted" tailplanes for additional control and stability, and a twin-bladed propeller unit fixed at the rear of the design in "pusher" configuration. All this adds up to an economically-minded, vehicle-defeating unmanned solution worthy of the modern battlefield. Launching of the unit is by catapult rail and its relatively lightweight and compact size makes it highly portable.

Operational range is out to 40 kilometers while cruising speeds near 100 kmh. The aircraft can operate at altitudes below 2,000 meters.

The available Dedalus software allows for both manual and automatic control of the UAS with the return feed providing valuable reconnaissance of a target area as well. The system can be called off an attack if the situation warrants it and is easily programmed / preprogrammed as needed. Setup and take-down time is minimized due to the streamlined nature of its operation - giving much-needed tactical flexibility to forward-operating troops in an active war zone.
Advertisements

(Showcased performance specifications pertain to the UKRJET UJ-32 production variant. Compare this aircraft entry against any other in our database or View aircraft by powerplant type)
RPG-7 Rocket-Propelled Grenade (RPG) warhead. 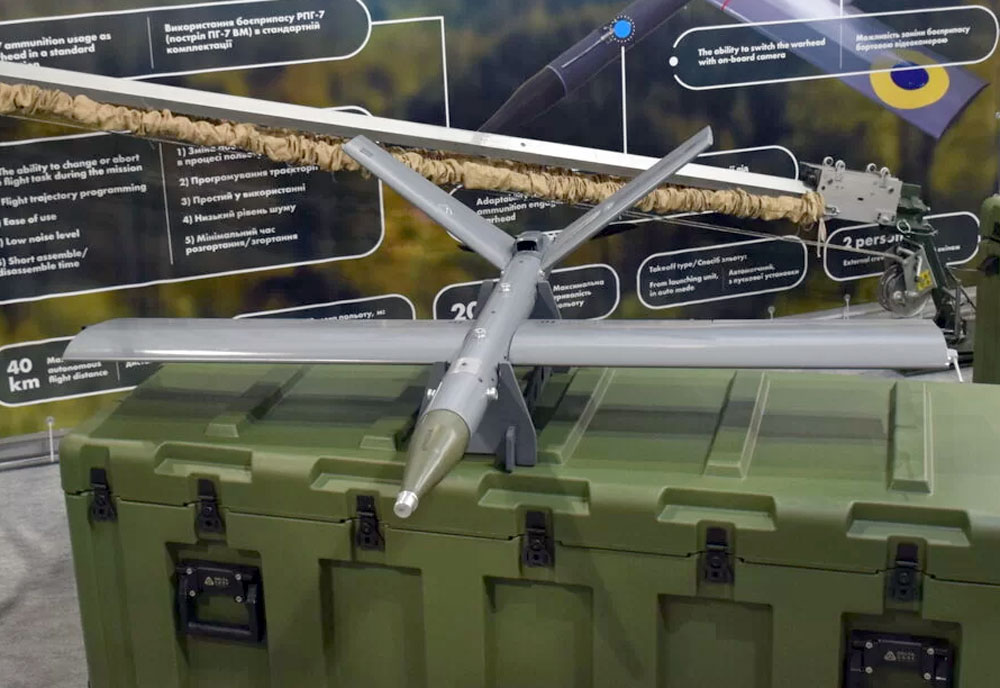