The reconnaissance-minded Tupolev Tu-141 originated at the tail-end of the Cold War period and therefore can still be encountered over modern battlefields today.

Authored By: Staff Writer | Last Edited: 04/04/2022 | Content ©www.MilitaryFactory.com | The following text is exclusive to this site. 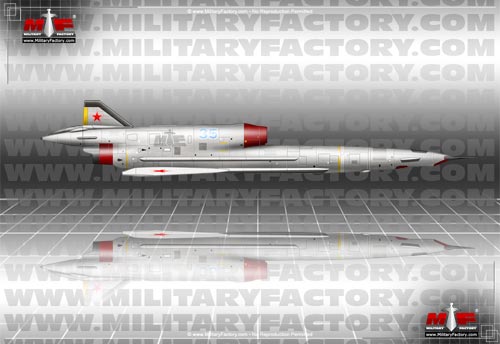 The Tupolev Tu-141 ("Strizh" - meaning "Swift") is an unmanned / unarmed reconnaissance drone designed, developed, and produced by the Soviet Union during the latter half of the Cold War period (1947-1991). The system recorded its first-flight in 1974 and was formally inducted into Soviet military service in 1979. Production of the series ran from 1979 until 1989 and some 142 are believed to have been manufactured. The fleet was retired by the Soviets in 1989, coinciding with the fall of the Soviet Empire in full. However, Ukraine resurrected some of its outdated fleet in 2014 following the Russian invasion (and subsequent takeover) of Crimea and the ensuing / ongoing War in Donbass.

The Tu-141 has origins in the earlier Tu-123 "Yastreb" which went to the air for the first time in 1960, was introduced in 1964, and operated until 1979. Fifty-two of this Tumansky-powered series were built. The Tu-141, itself, went on to form the basis of the Tu-143 "Reys" which initially flew with its Klimov engine in 1970 and saw formal series introduction in 1982. Some 950 airframes then followed in production. By all accounts, the trio are rather rudimentary Unmanned Aerial Vehicles (UAVs) with limited battlefield value in modern times.

The Tu-141's basic shape is that of a "winged" missile. The fuselage is tubular, capped at the front end by a nosecone for aerodynamic efficiency at high speeds and the turbojet mounting engine sits atop / within the rear section of the fuselage. The mainplanes are of a clipped delta arrangement coupled with foreplane / canards for maximizing control and lift. A vertical plane is affixed to the rear dorsal end of the design. Power is from a single Tumansky KR-17A developing 4,409lb of thrust, the unit aspirated along the dorsal fuselage line and exhausted through a circular port under the airframe's tail section.

The aircraft is launched via a rail system and propelled into flight by a solid-fueled booster. Recovery is by way of parachute that is automatically deployed to retard the air vehicle's fall back down to Earth.

The purpose of the design is that of high-speed, medium-ranged reconnaissance platform utilizing an unmanned approach to keep operators out of harm's way. The speed of such systems means the likelihood of a shoot down is drastically reduced. Payloads generally consist of camera equipment and specialized sensors to suit the battlefield need.©MilitaryFactory.com
Note: The above text is EXCLUSIVE to the site www.MilitaryFactory.com. It is the product of many hours of research and work made possible with the help of contributors, veterans, insiders, and topic specialists. If you happen upon this text anywhere else on the internet or in print, please let us know at MilitaryFactory AT gmail DOT com so that we may take appropriate action against the offender / offending site and continue to protect this original work.
Advertisements 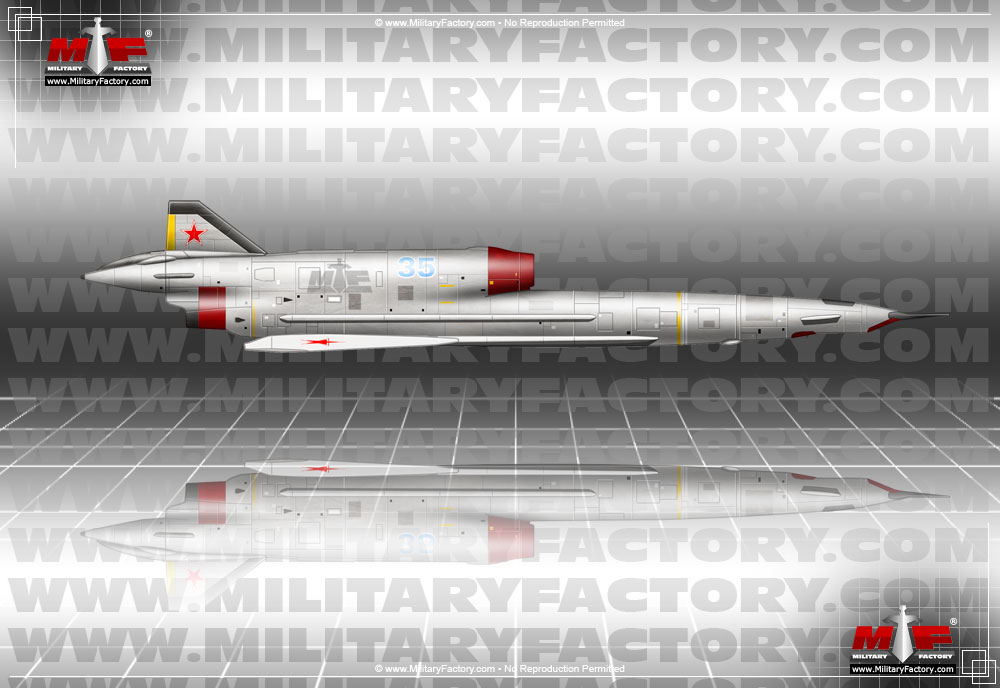