The Vestel Karayel can be operated across all major sectors including military, civilian, and industry and be featured in combat and non-combat roles. 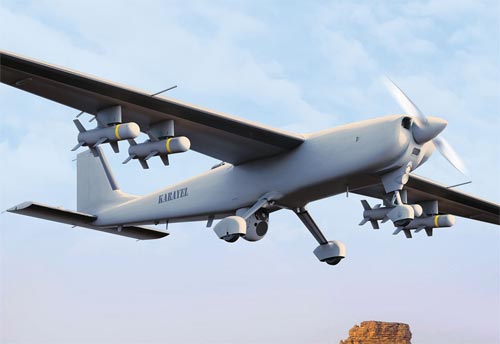 The Vestel Karayel is a tactical-level Medium-Altitude, Long-Endurance (MALE) combat / non-combat Unmanned Aircraft System (UAS) originating from Lentatek of Turkey. The aircraft is currently (2022) in active use with the armed forces of Turkey (where it originates) and Saudi Arabia (where it is marketed under the INTRA Defense Technologies, Ltd brand label). The former maintains a fleet of about ten aircraft while the latter manages a fleet of at least six units. A first-flight of the prototype form was recorded on April 30th, 2014 and over fifteen units have been built heading into 2022.

This air system is primarily designed for the ultra-critical over-battlefield Intelligence-Surveillance-Reconnaissance (ISR) role and its value goes beyond military circles - the inherent versatility of the Karayel can be seen through civilian(humanitarian, Search and Rescue) and industry (oil and gas) sectors as well. To date, the platform has seen thousands of airborne hours across multiple operating environments. The unit can be deployed in under an hour and is relatively easy-to-operate while being a low-cost solution for the budget-conscious customer.

As built, the Karayel is arranged conventionally, with a centralized fuselage, wing mainplanes, and a traditional tailplane configuration. The mainplanes are shoulder-mounted and straight with clipped tips. The tail unit includes a single vertical plane with low-set horizontal planes. A two-bladed propeller unit is seated at the nose of the aircraft and the wheeled undercarriage if of tricycle arrangement and fixed during flight (non-retracting).

As an ISR platform, the optics / sensor fit is carried in a ventral fuselage blister unit which provides 360-degree vision of the terrain below. Target designation, InfraRed (IR) day / night, and Satellite Navigation (SATNAV), terrain avoidance, and autonomous take-off are all standard. Triple redundancy ensures safety of the aircraft as well as personnel on the ground as does lightning and ice protection. The navigation system is said to be "jam-resistant".

The airframe features an overall length of 21.3 feet, height of 8 feet, and a wingspan of 42.65 feet. Maximum Take-Off Weight (MTOW) can reach 1,215lb. Power is from a conventional air-cooled, 4-stroke, horizontally-opposed engine developing 97 horsepower and used to drive a 4.8 foot diameter propeller mounted at the nose of the airframe. Performance specs include a maximum speed of 92 miles-per-hour, an endurance window of 20 hours, and a service ceiling between 18,000 feet and 22,500 feet.

The "Karayel-SU" is a variant of the Karayel family line, given extended mainplanes for improved stability and enhanced fuel economy while being cleared to carry attack munitions or even mission-specific equipment by way of a pair of hardpoints (resulting in four hardpoints in all). The aircraft can, therefore, be fielded with Precision-Guided Munitions (PGMs) including missiles, guided bombs, guided rockets, and air-launched mortars. The UAV is also capable of providing real-time rolling SATCOM (SATellite COMmunications) if modified as such.

In recorded operational service, the Karayel has been actively used by Saudi forces in its war in Yemen where several of the UAVs have been recorded downed by enemy fire (at least three known specimens were known lost in December 2019, January 2021, March 2021). Nevertheless, the product remains a capable offering in a flooded field of ISR solutions.
Advertisements

(Showcased performance specifications pertain to the base Vestel Karayel production variant. Compare this aircraft entry against any other in our database or View aircraft by powerplant type)
If armed, supported types include general precision-guided munitions such as missiles, bombs, rockets, and mortars. Also special-mission equipment pods as needed. 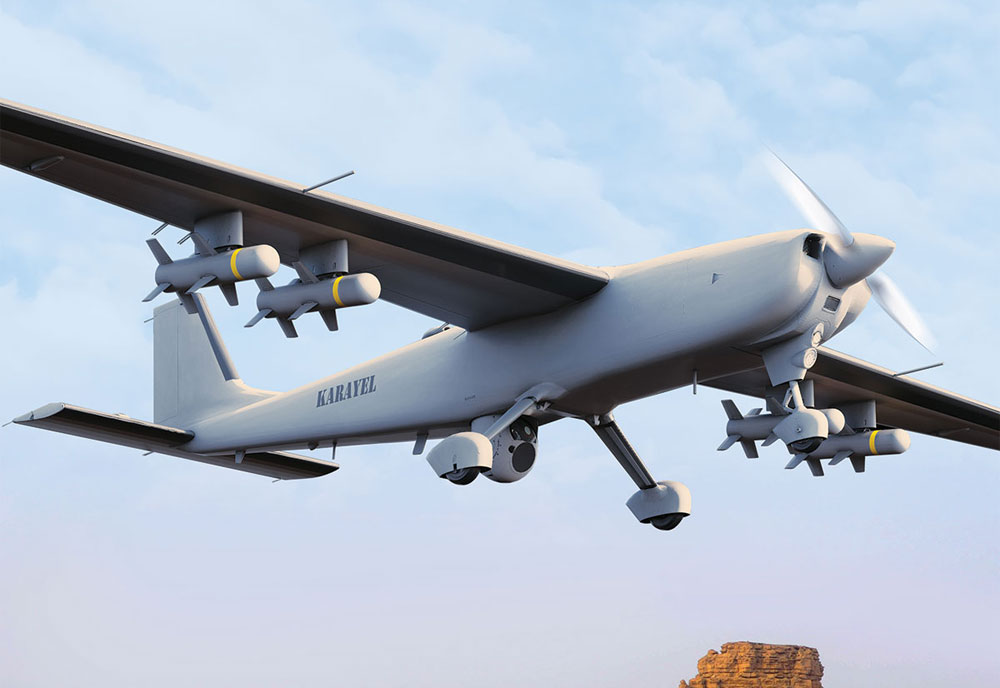