The Belyayev DB-LK was an interesting Soviet long-range bomber design of the pre-World War 2 period - one example being built and flown.

Authored By: Staff Writer | Last Edited: 02/21/2022 | Content ©www.MilitaryFactory.com | The following text is exclusive to this site. 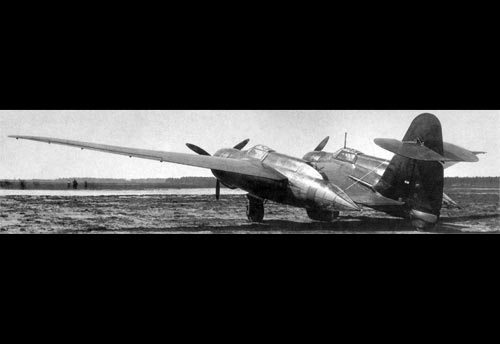 The Belyayev DB-LK ("Bomber - Long range") was a pre-World War 2 aircraft design of the Soviet Union conceived of for the long-range bomber role. It emerged prior to the fighting in 1939 and saw its first-flight the following year with flight trials undertaken thereafter. Despite its relatively positive showing (save for a few bumps including a collapsed landing gear and ongoing issues related to its awkward center-of-gravity), the aircraft was not ordered by the Soviet Air Force.

Design of this entry fell to one Viktor Nikolayevich Belyayev who arrived with an extensive aeronautics engineering history with players such as Aeroflot and Tupolev. Utilizing his experience garnered through development of gliders, flying wings, and twin-boom concepts, he forged the DB-LK which incorporated embedded fuselage booms and a near-all-flying-wing design planform - a vertical tail fin mounting the horizontal planes kept it from being a true flying wing. Each boom housed not only a powerplant with tractor propellers but also the crew compartments. The mainplane ran through the design and tapered at the tips. Light alloy stressed skinning was used in the construction of the aircraft while sheet aluminum alloy covered the wing members. A "tail-dragger" undercarriage (retractable) was featured with main legs set under each boom and a tailwheel supporting the tail unit.

Aft of the two traditional cockpit positions there were glazed, aft-facing cones set at the extreme ends of the fuselage booms to house specialists covering radio and gunner roles (for a total crew count of four). Due to the placement of the cockpits, the primary pilot would have had an offset position from centerline (some nine feet from the point), making take-off and landings somewhat of a challenge.

The aircraft was powered by the relatively new Tumansky M-88 air-cooled radial piston engine and each of the two units were rated at 950 to 1,000 horsepower and these were used to drive three-bladed propeller units.

During testing, the aircraft managed speeds of 303 miles-per-hour and ranged out to 1,800 miles while having a service ceiling of 27,890 feet. Its primary operating domain would have been around 20,000 feet. Rate-of-climb was 1,210 feet-per-minute. Despite these rather promising figures, the unorthodox design was not furthered beyond the single, flyable prototype.

In its finalized form, the operational-ready bomber would have been outfitted with a pair of 7.62mm Medium Machine Guns (MMGs) in fixed, forward-firing mountings at the wing center section and defensive-minded 4 x 7.62mm ShKAS machine guns at each fuselage boom end (two guns to a gunner position). Bombs would have been carried externally, set under the wing center section, with multiple hardpoints intended to carry up to twenty-four total conventional drop bombs depending on bomb weight/type.©MilitaryFactory.com
Note: The above text is EXCLUSIVE to the site www.MilitaryFactory.com. It is the product of many hours of research and work made possible with the help of contributors, veterans, insiders, and topic specialists. If you happen upon this text anywhere else on the internet or in print, please let us know at MilitaryFactory AT gmail DOT com so that we may take appropriate action against the offender / offending site and continue to protect this original work.
Advertisements

(Not all ordnance types may be represented in the showcase above)
Hardpoint Mountings: 12
Mounting Points 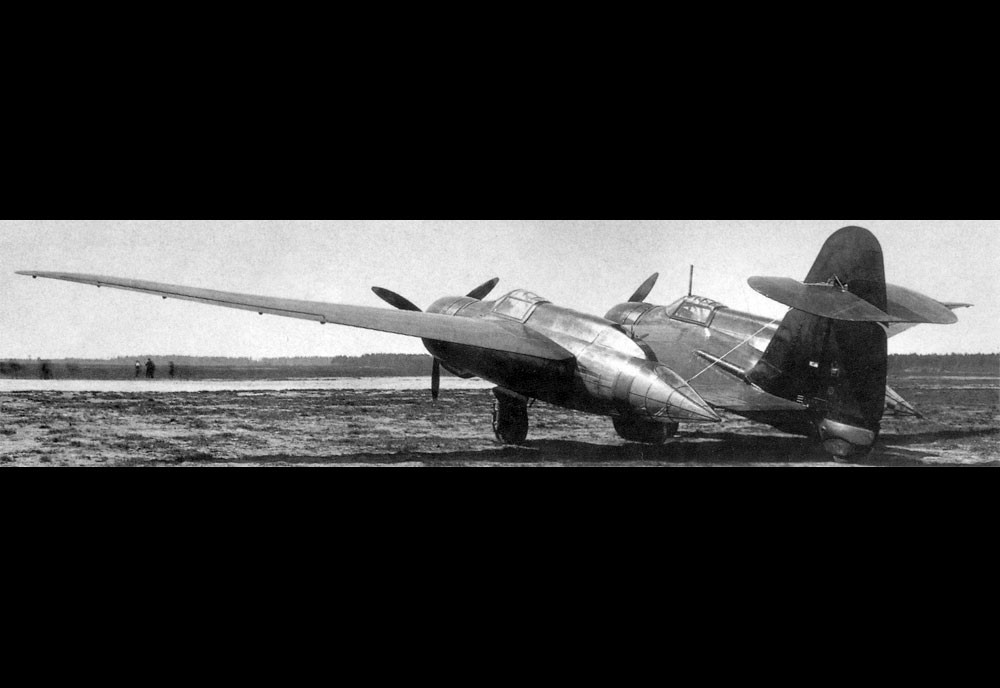