The Travel Air Mystery Ship classified five racers built by the company during the Interwar years - the design proving a record-setter. 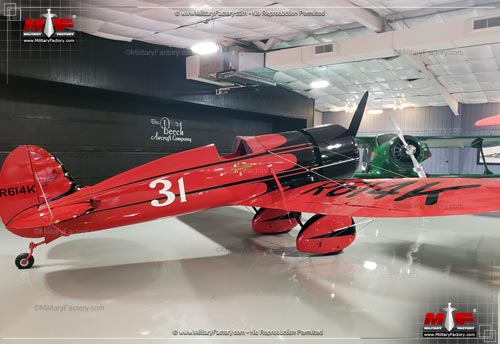 Travel Air constructed the Type R "Mystery Ship" as a private venture led by Herbert Rawdon and Walter Burnham. The design revolved around a high-performance civilian market air racer t a time when military types consistently held the advantage in the air races popularized throughout the 1920s and 1930s. The aircraft would take on the "unlimited class" and its design was fleshed out in the latter part of 1928. The finalized airframe, detailed and ultimately approved by Walter Beech, emerged in May of 1929. Two prototypes were approved and five total aircraft were eventually completed.

Due to the highly secretive nature of the aircraft, local press coined the term "Mystery Ship" to describe the venture.

The resulting aircraft was a sleek low-wing monoplane offering, exuding clean lines and an aerodynamically-refined appearance. Protrusions were kept to a minimum while its general configuration was highly-traditional for the time. The engine was fitted to the nose in the usual way while the pilot at in a single-seat, open-air cockpit just aft. His position was such that he sat low as possible in the cockpit. The fuselage tapered towards the tail to which a small-area, rounded vertical plane was fitted. Rounded horizontal planes of equal area were mounted to either side of the fuselage at the tail. The mainplanes were low-mounted, straight appendages with rounded tips and seated ahead of midships for proper balance. Bracing and high-strength cables reinforced the mainplanes at either side of the fuselage. A "tail-dragger" undercarriage was fitted that included a wheeled tail leg while the main legs (fixed, non-retracting) were spatted to continue the aerodynamically-refined approach.

The two initial aircraft differed mainly in their selection of engine with the first being completed with a Wright air-cooled unit and the second fitting the D-6 "Chevrolair" 6-cylinder inline - in each case, the engines were to drive a two-bladed propeller at the nose in "puller" fashion. The Chevrolair model (NR-613K, second air frame) was built by Arthur Chevrolet Aviation Motors (Indianapolis, IN).

Structurally, the aircraft was given a length of 20.1 feet and wingspan of 29.1 feet. Gross weight reached 1,950lb. Performance-wise, the design could reach speeds of 235 miles-per-hour. The Wright R-975 engine produced 420 horsepower running at 2,350 rpm.

The Mystery Ship went on to win the 1929 Thompson Cup at the National Air Races, a 30-mile, closed-circuit in which the aircraft averaged speed of 194.96 miles-per-hour. In 1931, the Wright-engined airframe (NR614K) was nearly lost in a fire but restored to save it from the scrapman's torch, now residing at the Beechcraft Heritage Museum in Tullahoma, Tennessee.

The second aircraft in the series, NR613K with the Chevrolair engine, claimed the 1929 National Air Races and then reverted back to an air-cooled radial powerplant. It was featured in film productions thereafter for its time in the air. NR482N was the third airframe but lost to a crash. NR1313 was the fourth example and went on to be a record-setter in long range competitions - now preserved at the Museum of Science and Industry at Chicago's lake front. The last airframe, NR11717, was a special-order version for the Italian government. It was used as the framework for the new Italian Air Force fighter, the Breda Ba.27 (detailed elsewhere on this site).

Famed flyer Jimmy Doolittle was one of the notable names to have flown Mystery Ships.
Advertisements

RUGGED AIRFRAME Inherent ability of airframe to take considerable damage.
HIGH-SPEED PERFORMANCE Can accelerate to higher speeds than average aircraft of its time.
EXTENDED RANGE PERFORMANCE Capability to travel considerable distances through onboard fuel stores.
BAILOUT PROCESS Manual process of allowing its pilot and / or crew to exit in the event of an airborne emergency.

(Showcased performance specifications pertain to the Travel Air Type R production variant. Compare this aircraft entry against any other in our database or View aircraft by powerplant type)
None. 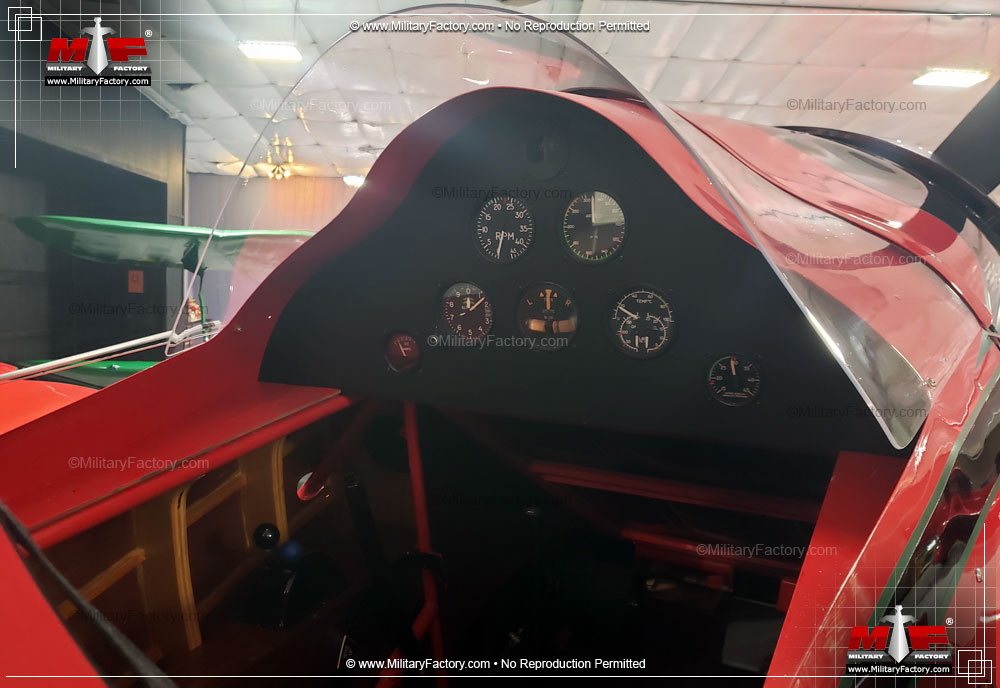 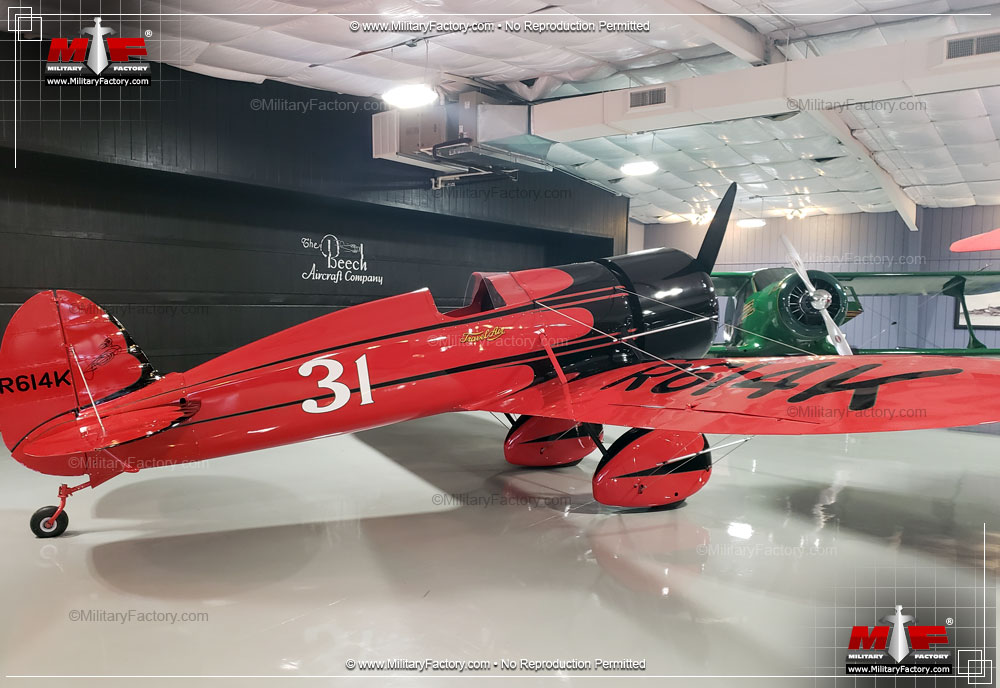 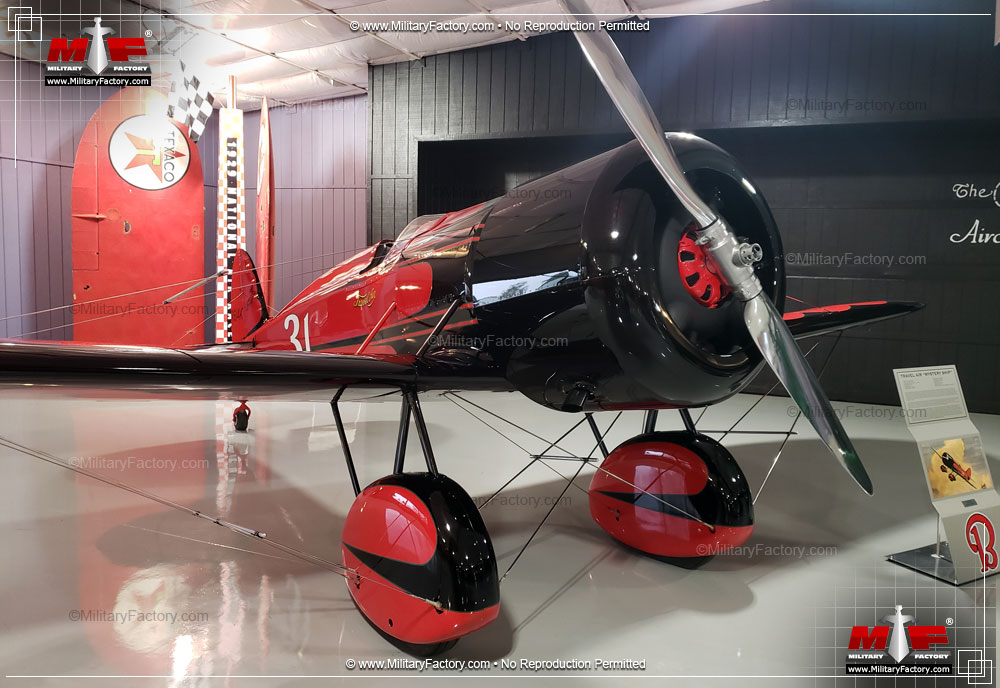 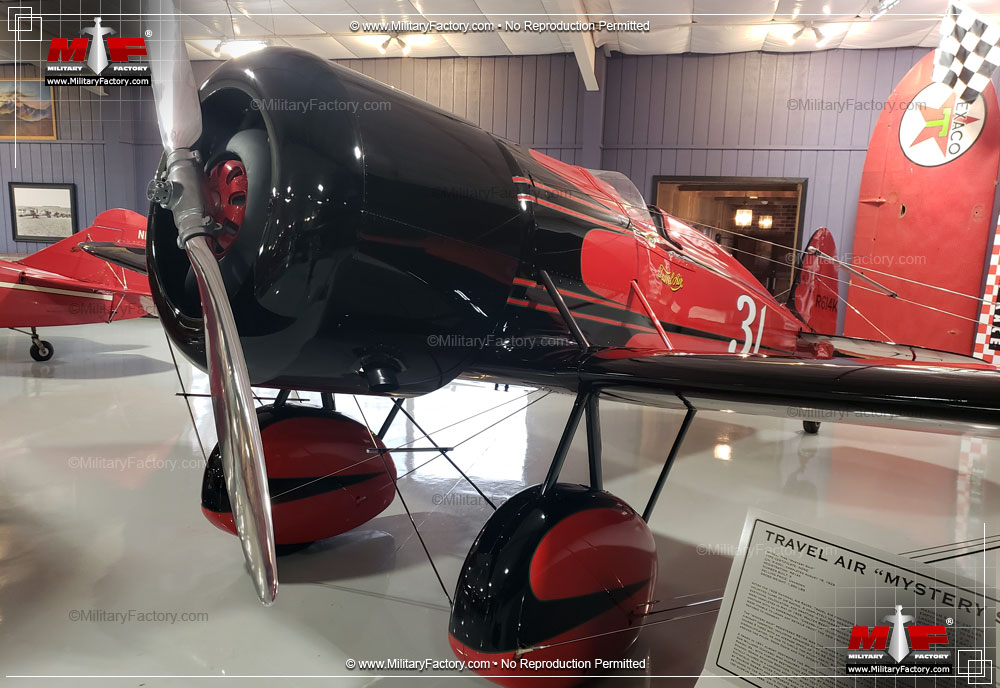