The pusher-prop Dornier Do P.247-6 was briefly studied as a new heavy fighter for the German Luftwaffe during World War 2.

Authored By: Staff Writer | Last Edited: 12/02/2021 | Content ©www.MilitaryFactory.com | The following text is exclusive to this site. 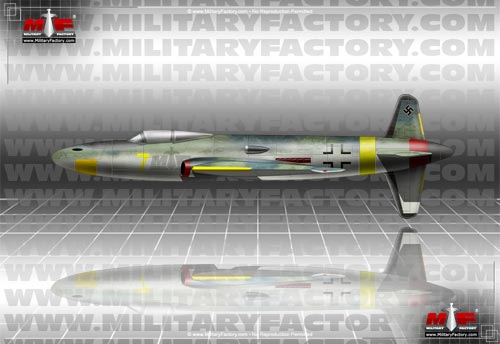 Appearing in late-1944, the Dornier Do P.247/6 project was a short-lived offshoot design study influenced by the high performance Do 335 "Pfeil" (Arrow) twin-engine fighter - this heavy-class platform integrating its powerplants through an in-line arrangement, one seated forward of the cockpit and the other aft. The result was one of the fastest piston-powered fighters to see production during the whole of the war. From this experience, company engineers looked to develop another effective fighter / fighter-bomber, this time centered on a true "pusher" engine arrangement. With the engine set behind the pilot, the nose assembly was now hollowed out to encourage fitting of armament and the pilot's position was moved well-ahead of midships, giving excellent vision out-of-the-cockpit / over the nose.

This study produced a single-seat, single-engine design that could have been potentially produced at-speed in large numbers - particularly as the undercarriage and tailplanes were to be taken directly from the existing Do 335. The powerplant of choice was the proposed, experimental Junkers Jumo 213T inverted-Vee liquid-cooled, turbocharged engine running at 2,000 horsepower and used to drive a four-bladed propeller unit positioned at the extreme rear of the fuselage (via extension shaft). The engine itself was buried in the middle-aft section of the body with the cockpit held forward. Intakes were positioned to the sides of the fuselage at the wingroots. Mainplanes were positioned low along the sides of the fighter while given some sweepback to account for higher flying speeds. The tail, taken straight from the Do 335, incorporated a cruciform plane pattern with dorsal and ventral fins and standard horizontal planes. For ground-running, a rather modern retractable tricycle undercarriage would have been used.

Given that the high-speed fighter held its engine at the rear, the nose assembly could become a somewhat modular component of the design in that it could house armament but also specialized equipment for special-mission roles - antenna systems could be installed to have the fighter act as a night hunter.

With all this, engineers estimated their design to have a top speed of 515 to 520 miles-per-hour which would have made it faster than its twin-engine counterpart, the Do 335 (475 mph). Beyond this no other performance figures are known. Dimensions included a wingspan of 39.3 feet.

Again, this Dornier fighter proposal joined the many others put forth by industry players attempting to satisfy Luftwaffe needs during the war. The project never materialized beyond the paper stage.©MilitaryFactory.com
Note: The above text is EXCLUSIVE to the site www.MilitaryFactory.com. It is the product of many hours of research and work made possible with the help of contributors, veterans, insiders, and topic specialists. If you happen upon this text anywhere else on the internet or in print, please let us know at MilitaryFactory AT gmail DOT com so that we may take appropriate action against the offender / offending site and continue to protect this original work.
Advertisements 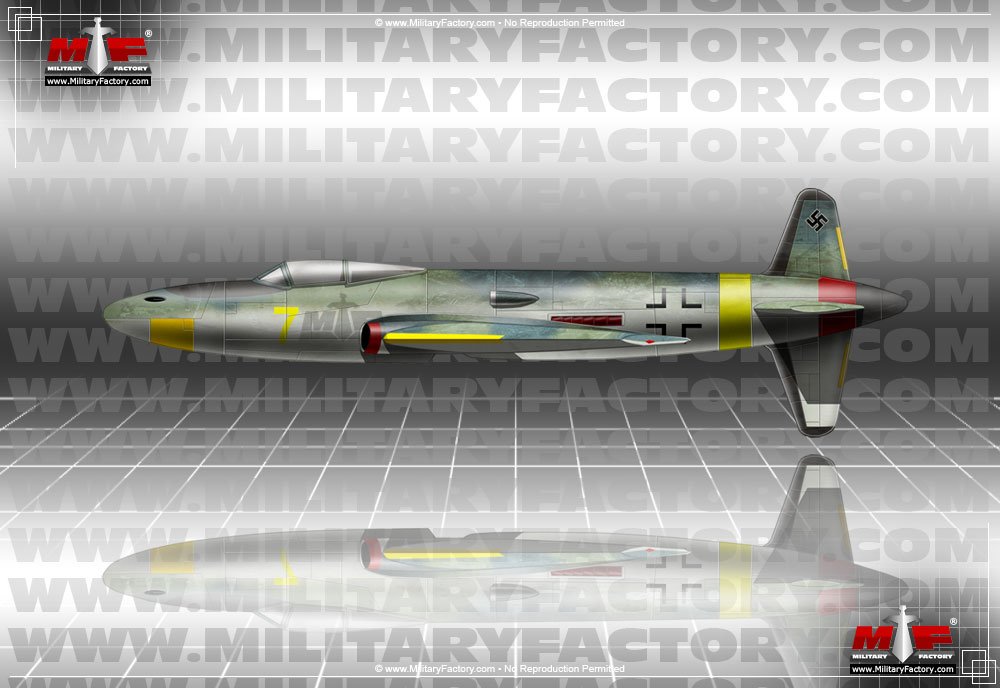 Aviation developments of similar form and function, or related to, the Dornier Do P.247/6...