The AVIC WZ-8 supersonic-hypersonic drone has been around for some time now, debuted to the public in 2019 and believed to be in testing today.

Authored By: Staff Writer | Last Edited: 11/22/2021 | Content ©www.MilitaryFactory.com | The following text is exclusive to this site. 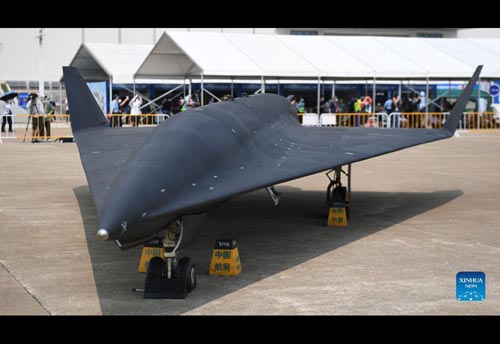 The military value of "hypersonics" has increased considerably over the last decade with developments evolving in the United States, Russia, and China at notable paces. Hypersonic speeds sit between supersonic and high-supersonic (the specimen capable of exceeding 5x the Speed of Sound) and require specially-designed vehicles to deal with proper external air flow / distribution and excessive heat generated as these vehicles operate at near-space altitudes. Examples include the American Boeing X-51 "Waverider" test aircraft (detailed elsewhere on this site) and the Chinese DF-ZF glide vehicle while other attack-minded models include the 3M22 "Zircon" anti-ship hypersonic cruise missile by Russia.

Hypersonic aircraft must content with aeronautic forces beyond that of conventional atmosphere specimens, particularly with acceleration, re-entry from orbit and cruising at hypersonic speeds. Since the vehicles are near-space capable, they can reach points all over the globe in record time - certainly suitable for reconnaissance-centric and possibly attack drones used against an enemy.

During a 2019 military parade in Beijing, the AVIC "WZ-8" supersonic-capable / near-hypersonic-capable unmanned drone aircraft was unveiled to the public. Its existence was solidified when the aircraft reappeared in the September 2021 Zhuhai Air Show among a collection of other Chinese-originated Unmanned Aircraft Systems (UASs). The 2019 showing saw examples of the aircraft paraded on flatbed truck while the 2021 showing was an approachable static display.

The WZ-8 bears a similarity (in both form and function) to the American Cold War-era Lockheed D-21 drone which was regularly used in spying runs across Chinese airspace (the Chinese claiming downed examples in the process - no doubt researching the technology to the extreme). The WZ-8 is air-launched (a pair of suspension lugs along the dorsal spine corroborate this), requiring a "mothership" such as the People's Liberation Army Air Force's (PLAAF's) in-service Xian H-6N bomber to carry it to appropriate launch altitudes underwing (the WZ-8 lacks intakes and therefore an air-breathing engine to launch under its own power). Once at altitude, the UAS engages its rocket motor and can proceed to the target at speeds near or beyond Mach 5 - capable of outrunning Surface-to-Air Missiles (SAMs).

Such aircraft can be used in a variety of over-battlefield roles such as general reconnaissance, pre-attack target/force strength assessment, and post-attack observation. While range can be severely impacted by use of rocket boosters for propulsion in a near-space-capable vehicle, this is somewhat offset by the "climb-and-dive" capability inherent in developments.

The WZ-8 operates through two booster units embedded in the fuselage in a side-by-side arrangement. The fuselage itself is designed through wing-body blending to produce an elegant, aerodynamically-refined arrow-like shape - the nose is well-pointed and slender and the fuselage shaping tubular. Each mainplanes utilize considerable surface area and are capped by vertical, outward-canted fins negating a traditional tailplane unit. A wheeled tricycle undercarriage is featured for ground-running, the interpretation being that the WZ-8 is a reusable vehicle retrieved by way of prepared runway.

Performance figures for this vehicle appearing on this page are estimates on the part of the author.
Advertisements

(Showcased performance specifications pertain to the base AVIC WZ-8 production variant. Compare this aircraft entry against any other in our database or View aircraft by powerplant type)
None. 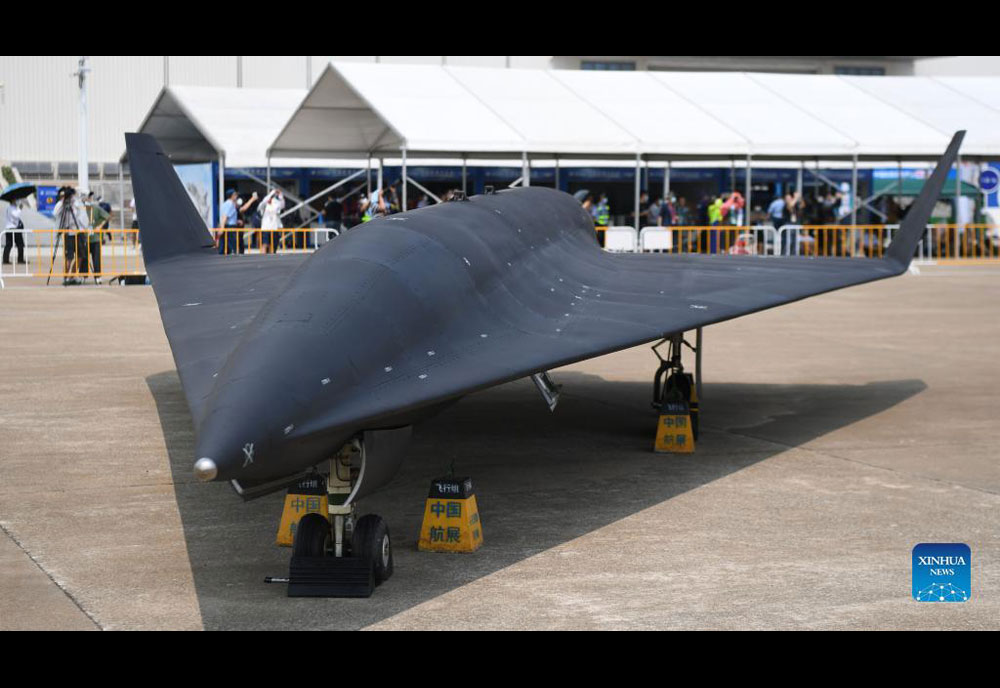