The AREA-I Altius series of ALEs has been proven through multiple in-service American military and civilian vehicles.

Authored By: Staff Writer | Last Edited: 03/22/2022 | Content ©www.MilitaryFactory.com | The following text is exclusive to this site. 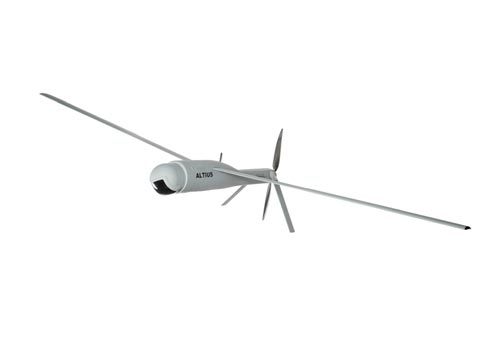 The Area-I Altius-600 is an autonomous, tactical-level, high-agility Air-Launched Effects (ALE) Unmanned Aircraft System (UAS). The vehicle can be tubed-launched or air-launched and setup for operations over land or sea within minutes of being unpacked. This multi-mission solution, capable of operating in low- and medium-altitude environments, features an endurance of over 4 hours and a range out to 275 miles while traveling at speeds of 100 miles-per-hour. The design has seen proven integration with existing American military hardware including the C-130 "Hercules" family of tactical transports, UH-60 "Black Hawk" multi-role helicopters, P-3 Orion over-water special-mission platforms, and lightweight flatbed vehicles.

The payload is designed to be modular, allowing the customer to outfit the system as needed per mission requirement. This allows the Altius-600 to undertake such critical over-battlefield missions as Intelligence-Surveillance-Reconnaissance (ISR), SIGnals INTelligence (SIGINT), and anti-drone.

Its overall arrangement is essentially the tube-shaped fuselage (housing power supply, engine, payload, and optics set) with straight monoplane mainplanes and downward-canted tailfins. The engine turns a two-bladed propeller unit at the rear of the fuselage in pusher fashion. The aircraft can be launched via Common Launch Tube (CLT) or Pneumatically-Integrated Launch System (PILS), giving it considerable tactical flexibility in-the-field - capable of launching from fixed-wing, rotary-wing, vehicle, and watercraft platforms. The entire unit weights a manageable 27lb.

The Altius-700 was announced in November of 2021 as a dimensionally larger variant of the Altius-600, now able to fly for over five hours and carry multiple payload types to cover multiple sortie requirements in one go.©MilitaryFactory.com
Note: The above text is EXCLUSIVE to the site www.MilitaryFactory.com. It is the product of many hours of research and work made possible with the help of contributors, veterans, insiders, and topic specialists. If you happen upon this text anywhere else on the internet or in print, please let us know at MilitaryFactory AT gmail DOT com so that we may take appropriate action against the offender / offending site and continue to protect this original work.

(Showcased performance specifications pertain to the AREA-I Altius-600 production variant. Compare this aircraft entry against any other in our database or View aircraft by powerplant type)
Variable based on mission requirement; held internally. 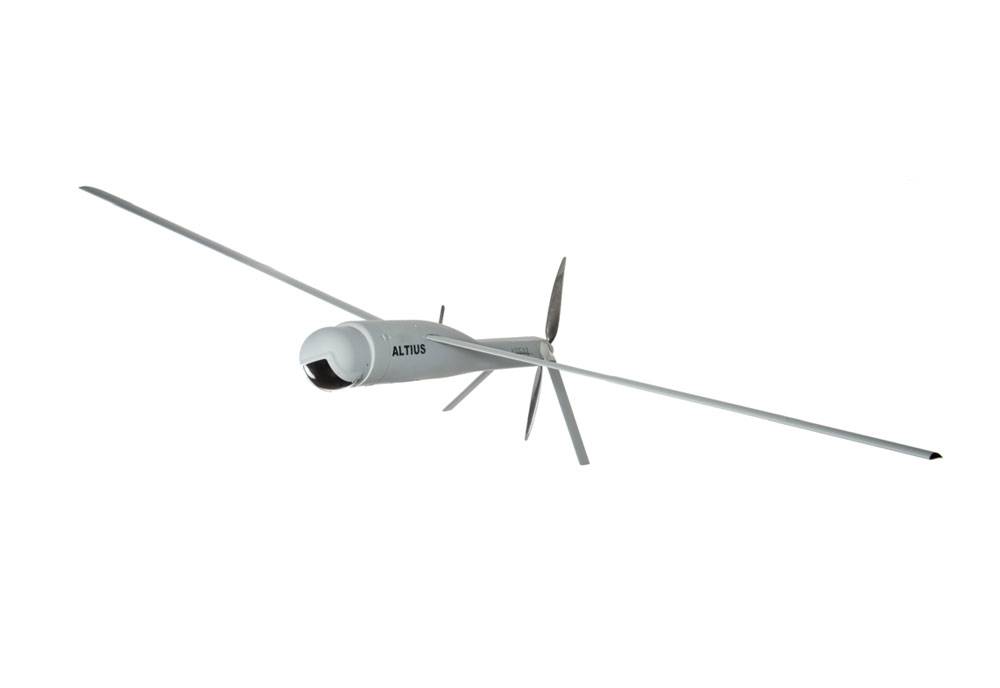