The Cessna Model 526 CitationJet lost out to the Beech-Pilatus entry in the Joint Primary Aircraft Training System program.

Authored By: Staff Writer | Last Edited: 10/14/2021 | Content ©www.MilitaryFactory.com | The following text is exclusive to this site. 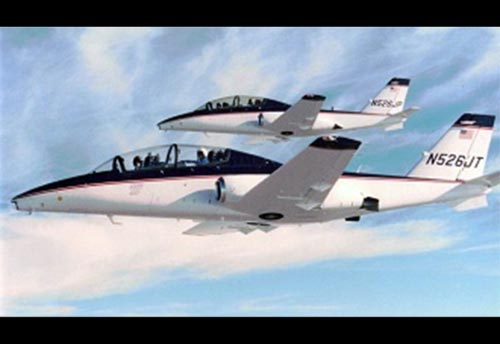 After the demise of the Fairchild T-46 jet trainer aircraft program of 1985 (cancelled in 1988), the "Joint Primary Aircraft Training System" (JPATS) was established during the early part of the 1990s as a joint-venture between the United States Air Force (USAF) / United States Navy (USN) service to produce a suitable cross-service training aircraft. Proposals were plenty with offerings emerging from Cessna, Brazil-based Embraer, Vought, Lockheed, Beech-Pilatus, Rockwell, and Italian-based SIAI-Marchetti. At the end of the program in 1995, the winner became the Beechcraft T-6A "Texan II" based in the Pilatus PC-9 Mk.2 model. What followed were over 850 of the type which continues to serve today (2021).

The Cessna submission - known internally as "Model 526" - was based around the in-service "CitationJet" (Model 525) lightweight bizjet solution for the VIP market. The original design was considerably altered for the military training role with the outboard, rear-set engines now buried in the wingroots, the T-style tail unit becoming a traditional single-finned arrangement with low-set horizontal planes, and the side-by-side cockpit seating succeeded by a tandem configuration for student and instructor. In the end, there was approximately 75% commonality of parts between the two aircraft - making for some logistical friendliness and lowered development costs to boot. Shared components included the retractable, wheeled tricycle undercarriage, the straight, low-set monoplane wing mainplane members, and the turbofan engines with their applicable fuel systems.

The airframe was reworked for the rigors of military service and this included installation of ejection seats for both crewmen. All told, the aircraft was a sleek and interesting offering by the company known largely for its deep stable of executive haulers.

Work on the design ultimately yielded a pair of prototypes, the first of which flew for the first time on December 20th, 1993. The second model followed into the air on March 2nd, 1994. However, despite its promising nature, the design did not impress in subsequent competition phases and all entries alongside it were passed over in favor of the Beech-Pilatus design.

As completed, the Model 526 has a running length of 48.7 feet, a wingspan of 37 feet, and a height of 12.5 feet. Empty weight was 6,450lb with a gross weight of 8,500lb. Power was from 2 x Williams-Rolls F129 turbofan engines developing 1,500 thrust each. The powerplant was born from the original Williams FJ44 originating in 1985 and going on to power the Swedish Saab 105 military trainer, German Grob G180 SPn corporate jet, and the Swiss Pilatus PC-24 light business jet. The FJ44 subsequently inspired the follow-on FJ33 design by the company.

Performance-wise, the jet trainer could manage a maximum speed of 311 miles-per-hour (Mach 0.70) and range out to 1,209 miles on internal fuel. Its service ceiling was 35,000 feet.©MilitaryFactory.com
Note: The above text is EXCLUSIVE to the site www.MilitaryFactory.com. It is the product of many hours of research and work made possible with the help of contributors, veterans, insiders, and topic specialists. If you happen upon this text anywhere else on the internet or in print, please let us know at MilitaryFactory AT gmail DOT com so that we may take appropriate action against the offender / offending site and continue to protect this original work.
Advertisements

MULTI-ENGINE Incorporates two or more engines, enhancing survivability and / or performance.
RUGGED AIRFRAME Inherent ability of airframe to take considerable damage.
HIGH-ALTITUDE PERFORMANCE Can reach and operate at higher altitudes than average aircraft of its time.
EXTENDED RANGE PERFORMANCE Capability to travel considerable distances through onboard fuel stores.
MARITIME OPERATION Ability to operate over ocean in addition to surviving the special rigors of the maritime environment.
PILOT / CREW EJECTION SYSTEM Assisted process of allowing its pilot and / or crew to eject in the event of an airborne emergency.
CREWSPACE PRESSURIZATION Supports pressurization required at higher operating altitudes for crew survival.
CREW-MANAGED Beyond a pilot, the aircraft takes advantage of additional crew specialized in specific functions aboard the aircraft.
ENCLOSED CREWSPACE(S) Features partially- or wholly-enclosed crew workspaces.
RETRACTABLE UNDERCARRIAGE Features retracting / retractable undercarriage to preserve aerodynamic efficiency. 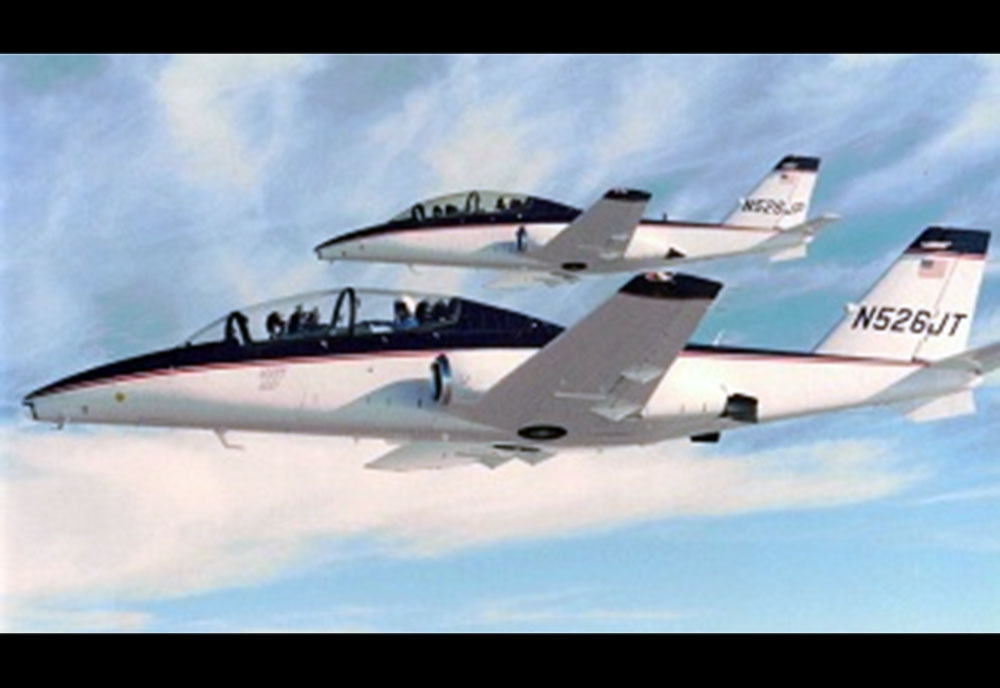